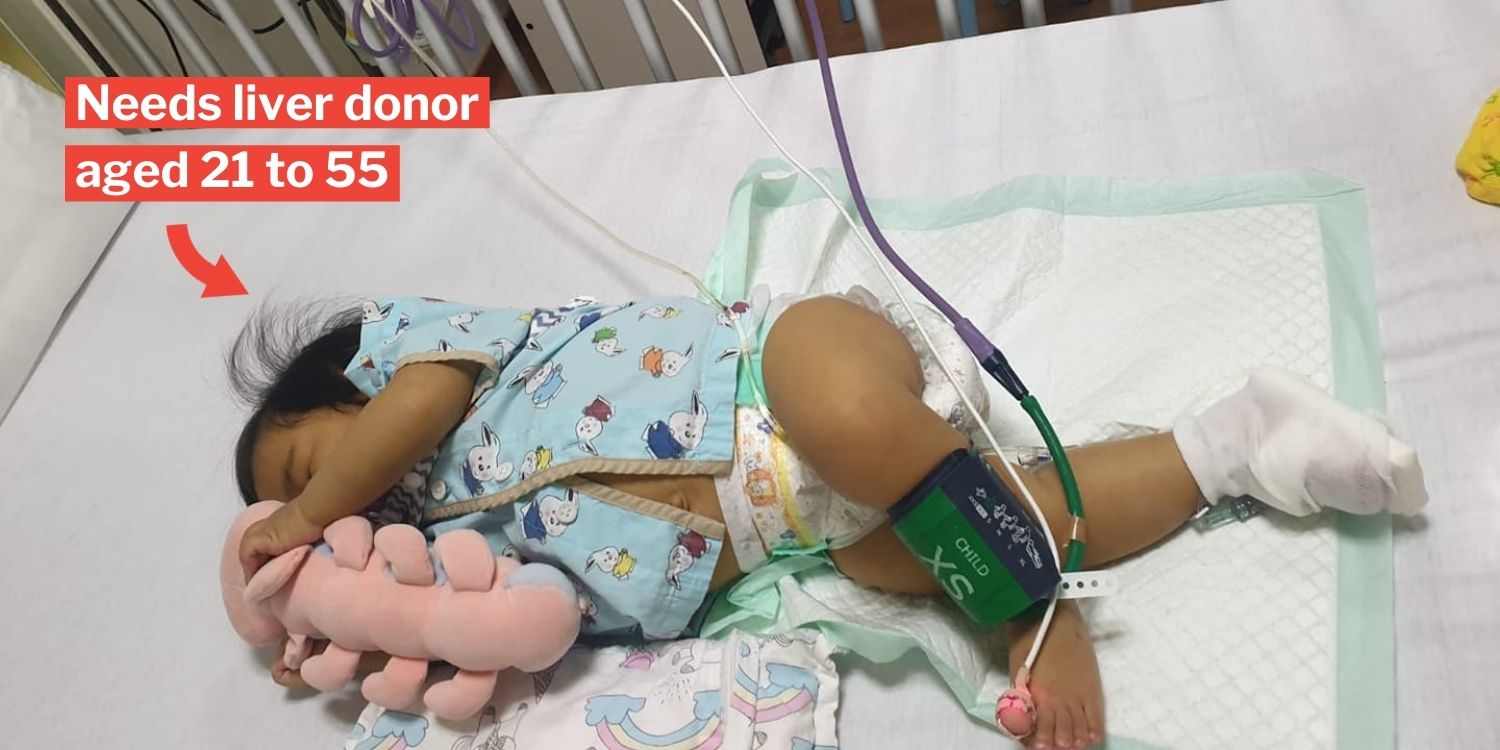 Having a healthy child is a blessing, but not everyone is that lucky.

A girl who’s just 1 year old has been diagnosed with end-stage liver disease, and her parents have been struggling to find her a liver donor who’s fit and has blood type B+ or O. 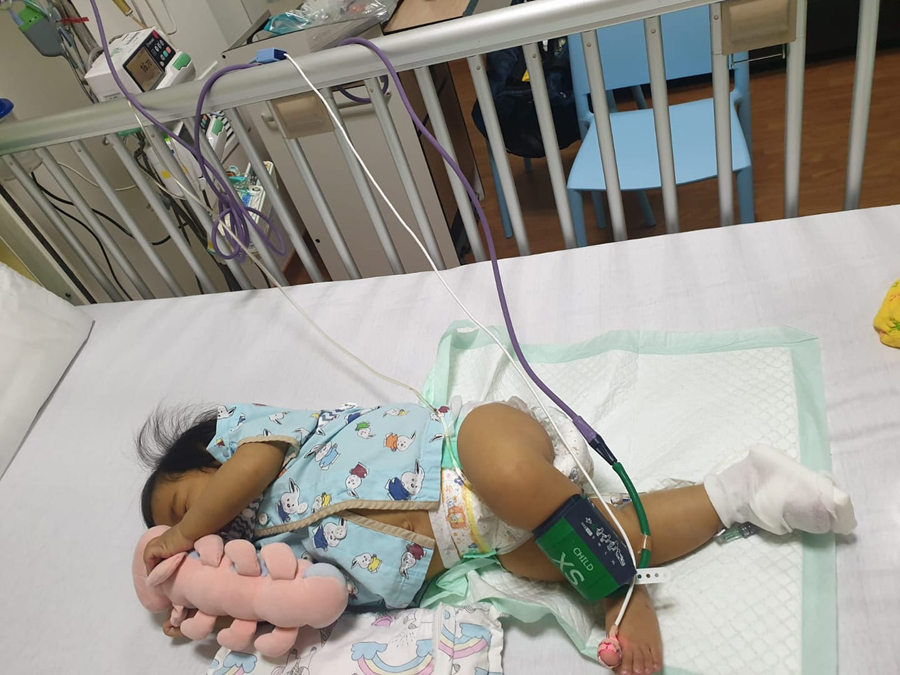 As the cost of her treatment and surgeries is no small sum either, the family is also seeking cash donations to help cover them.

Thus while waiting for a suitable donor, the family has created a Give.Asia campaign.

Prior to being diagnosed with liver disease, little Raenelle Wong was found to have biliary atresia.

It’s a condition in infants wherein the bile ducts in the liver are blocked and scarred. When bile isn’t able to flow into the intestine, it eventually builds up and damages the liver. This may lead to scarring, cirrhosis, and loss of liver tissue and function.

2 days after receiving that diagnosis, Raenelle had to undergo major surgery when she was only 1.5 months old. 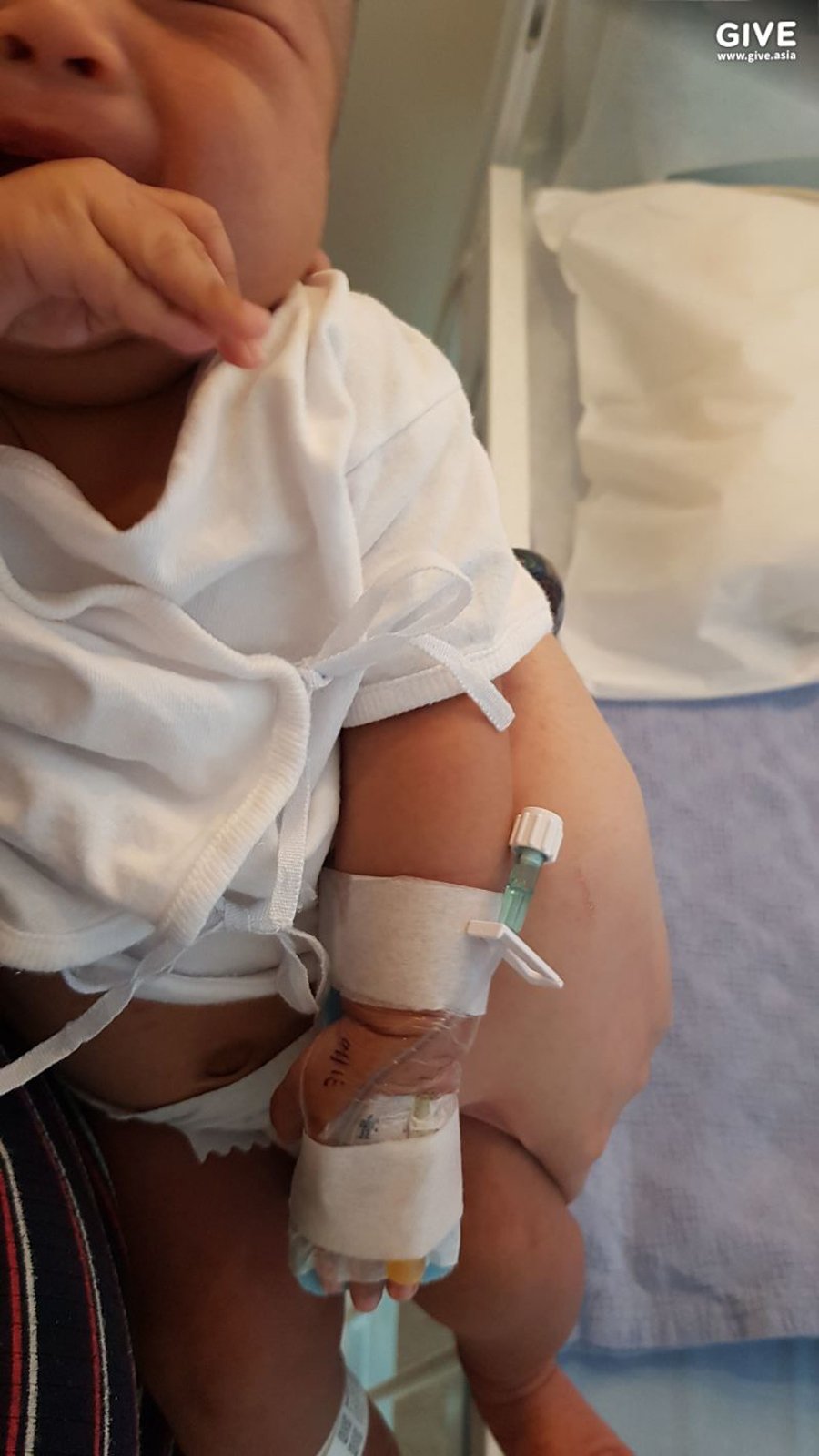 Back to hospital in Aug

Unfortunately, her surgery was deemed unsuccessful, as she still had a high level of jaundice.

In Aug, her parents noticed that her tummy was increasingly distended, and she also had breathing difficulties, swollen eyelids, hands and legs.

She returned to the hospital again, and was admitted for close monitoring and tests. 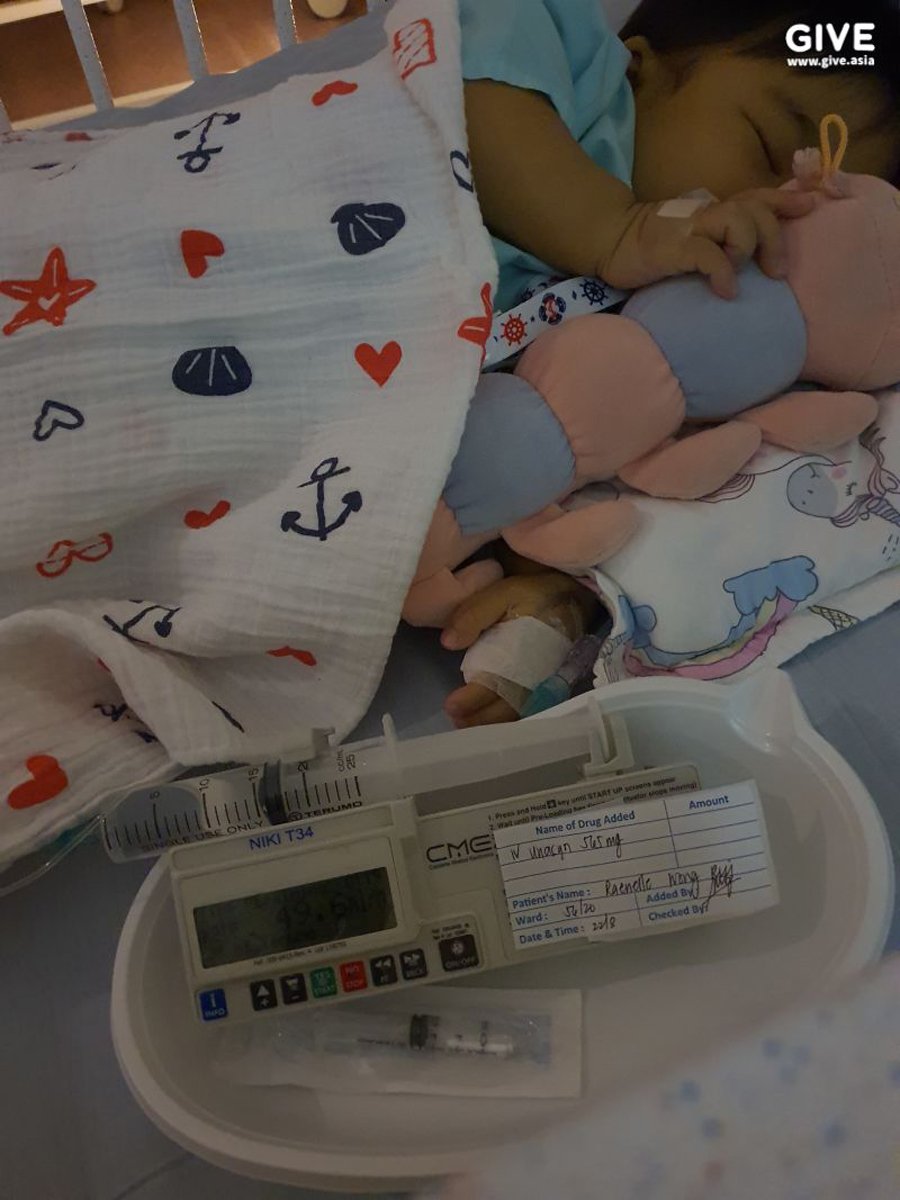 Upon being referred to the National University Hospital (NUH) in Sep, the parents learnt that Raenelle’s liver had deteriorated due to the biliary atresia.

As her liver isn’t capable of producing a protein, it leads to swelling in her body.

As a result, she needs a protein transfusion every 2 weeks.

As Raenelle’s condition continued to worsen, doctors said that her only option is to have a liver transplant as soon as possible. 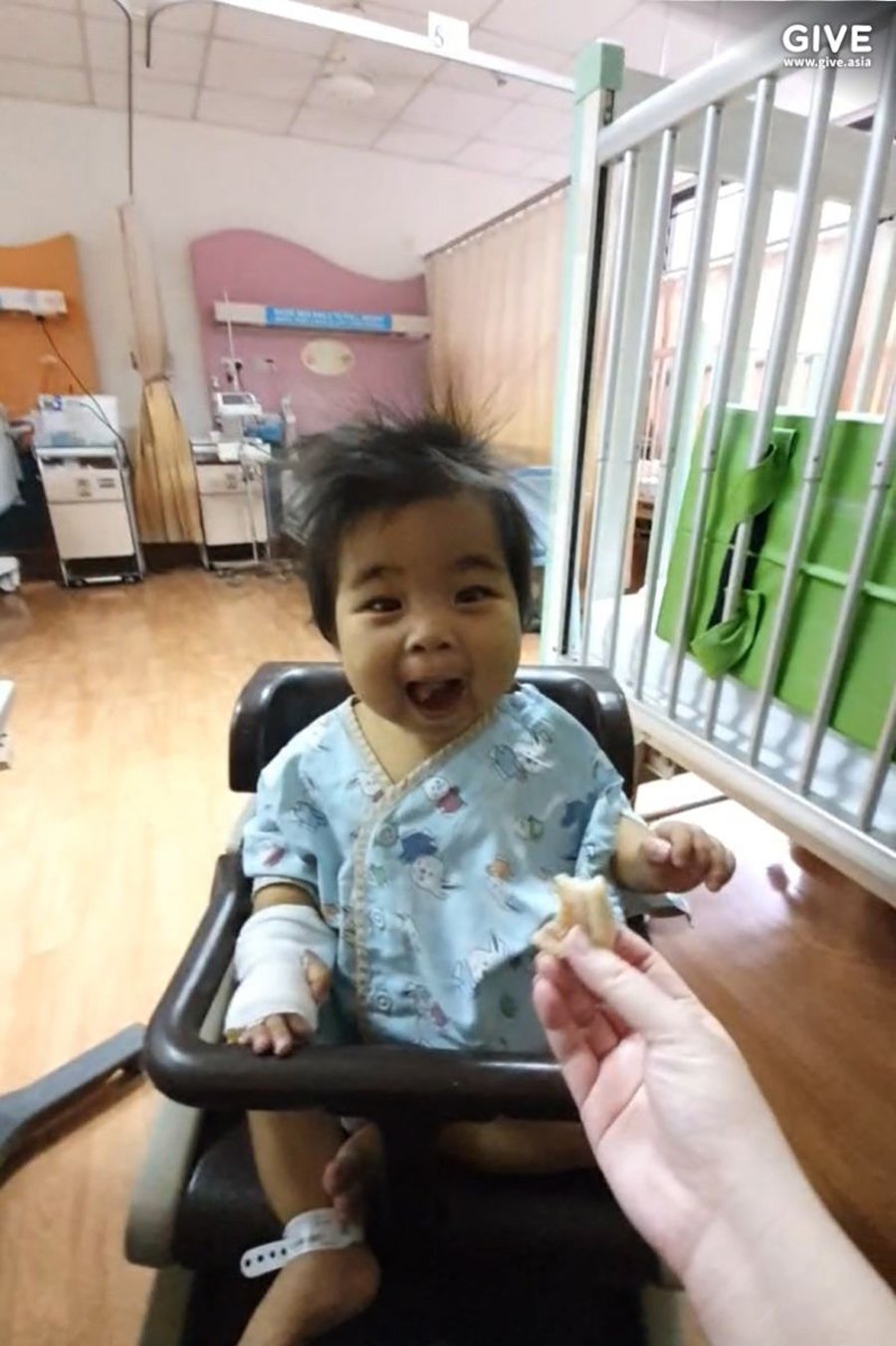 Sadly, both of her parents were found to be unsuitable donors.

In addition, she was out on the waiting list for a deceased donor, but the possibility of getting a liver soon in this way remains slim.

At the moment, the family is desperately seeking a living liver donor, so they’ve shared their plight on Facebook.

The donor has to meet the following requirements:

The donor will also undergo incisions for their left liver and be hospitalised for at least a week. He or she will needs time to recuperate and attend follow-up consultations.

Thus, they’re advised to discuss it with their family members first.

The surgeon and transplant coordinator will also have to discuss with potential donors the procedure and risks involved.

Besides the struggle of finding a suitable donor, the family is also concerned with the cost of Raenelle’s treatment, examination, and post-surgery. 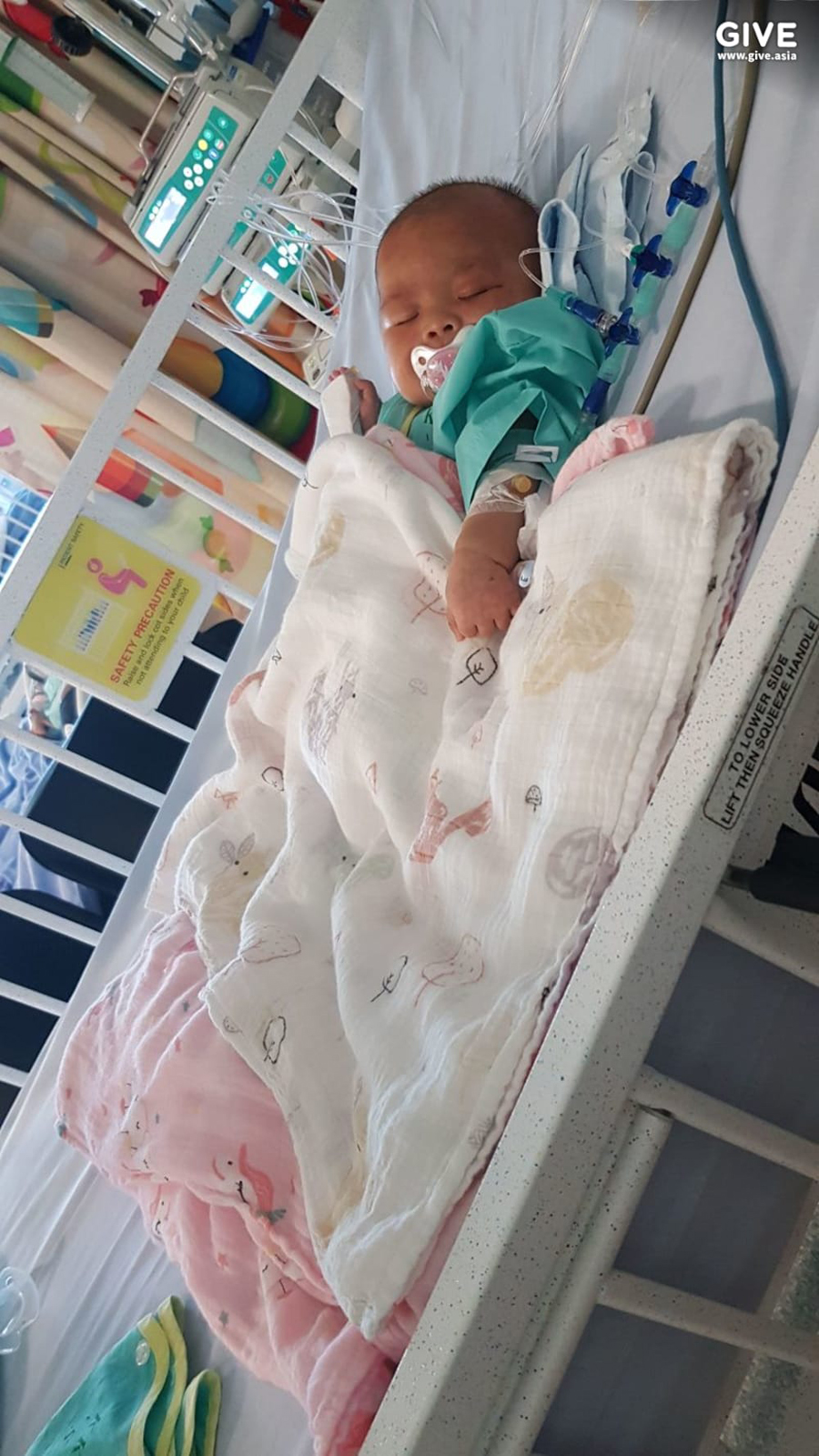 As a rough indication of the hefty sums that will be incurred, the liver transplant will cost up to $58,000 even after subsidy.

The donor will also incur costs that will be borne by Raenelle’s family, as each suitability investigation will cost $5,000 after subsidy, meaning it’ll cost $25,000 for 5 volunteer donors to get tested.

The maximum cost of the donor’s liver transplant after subsidy is $15,000.

Raenelle is also on long-term medication and prescribed formula milk.

So if you’re feeling generous and sympathetic, do head to her Give.Asia page to donate.

Wishing the family all the best

We sincerely hope that Raenelle and her family will overcome this challenging situation.

MS News sends our thoughts and support to the Wong family, hoping their daughter will be able to live a long and happy life.