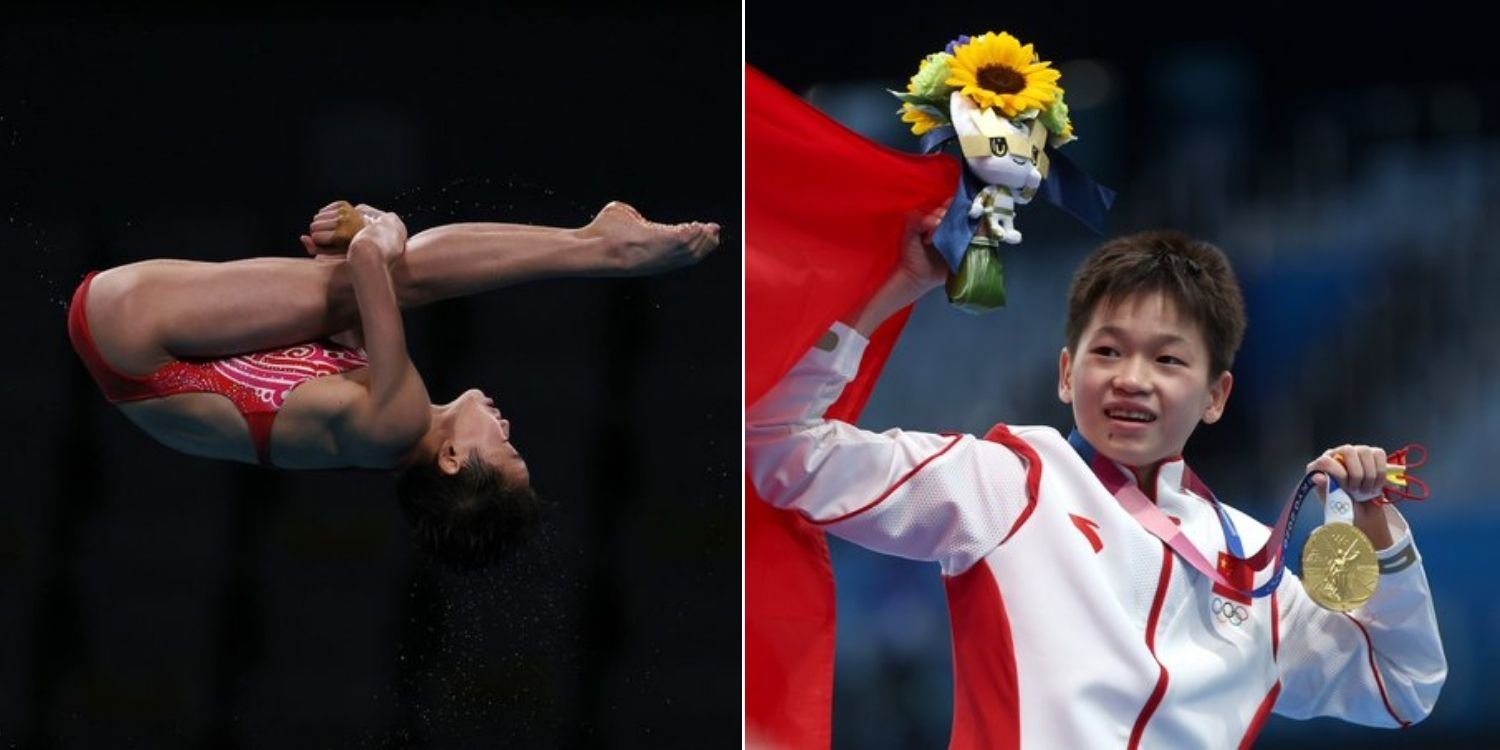 She not only won the gold, but shattered the Olympic record.

A 14-year-old diver from China, Quan Hongchan, claimed the gold medal in the women’s 10-metre platform at the Tokyo Olympics on Thursday (5 Aug). 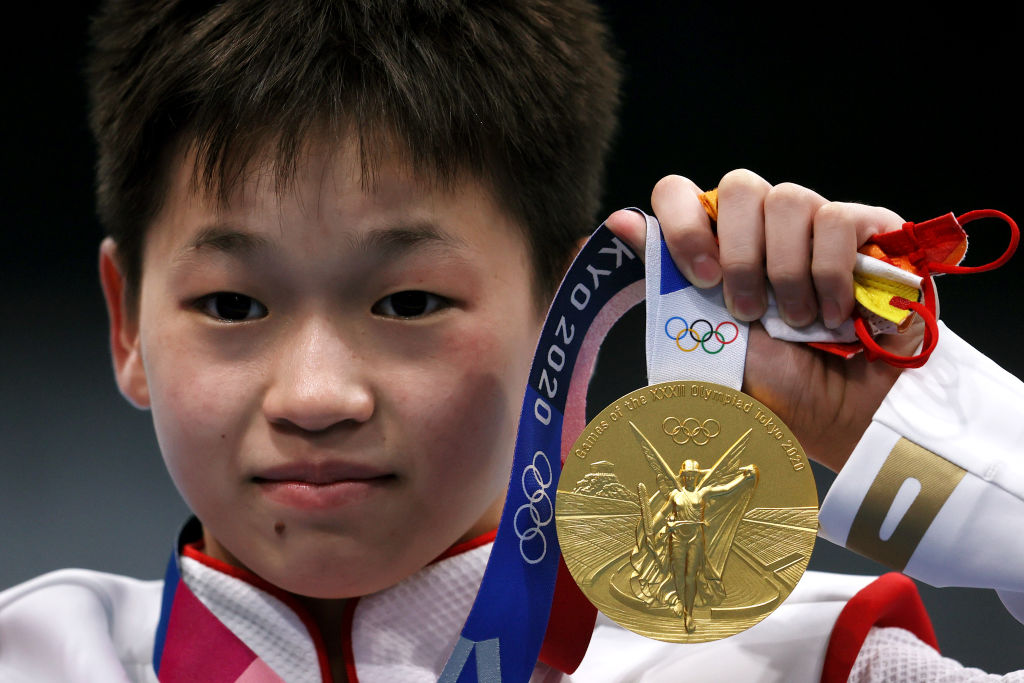 However, her young age was not only the reason why she stood out. Quan came from humble beginnings, and stated in an interview that she was motivated to help her family financially. She also paid tribute to her ill mother who requires year-round treatment.

Despite her young age, 14-year-old Quan Hongchan from China managed to beat her competitors by a mile. 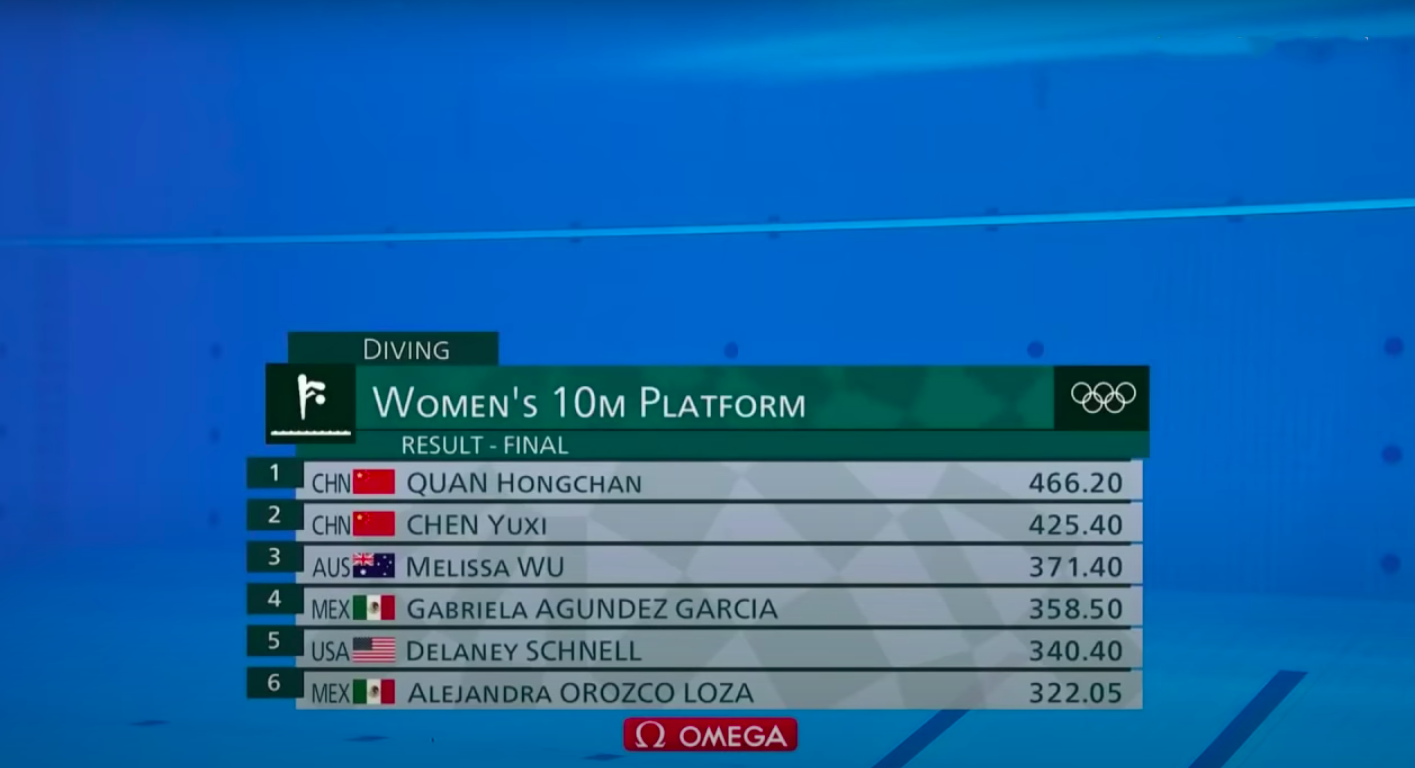 Judges awarded her with 3 perfect-10 scores out of 5 dives after she executed a nearly splash-less entry into the pool. 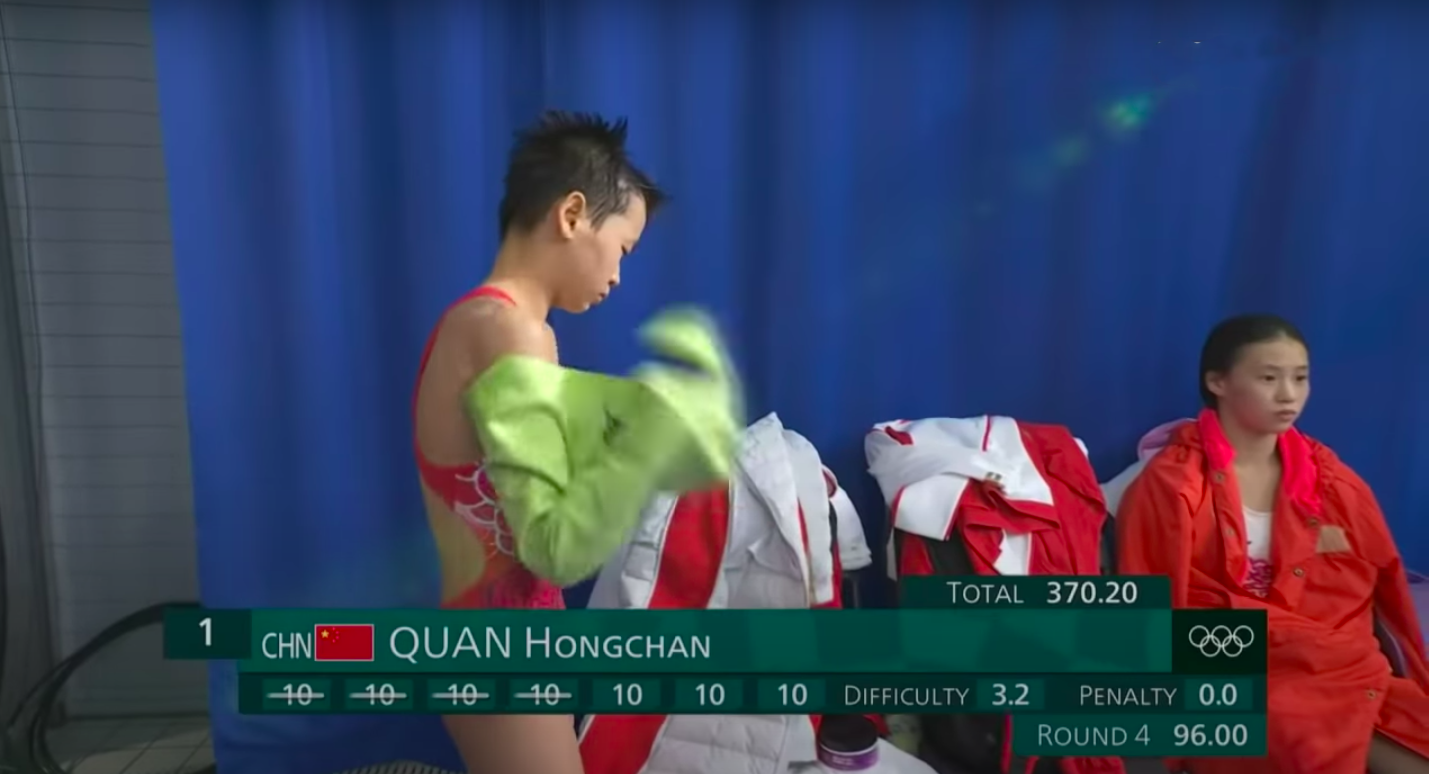 The new Olympic champion finished the dive with a final score of 466.20, smashing the previous Olympic record of 447.70.

She is currently China’s 2nd youngest Olympic gold medallist in diving. The other is Fu Mingxia, who won gold at the 10-metre platform in the 1992 Barcelona Olympics. 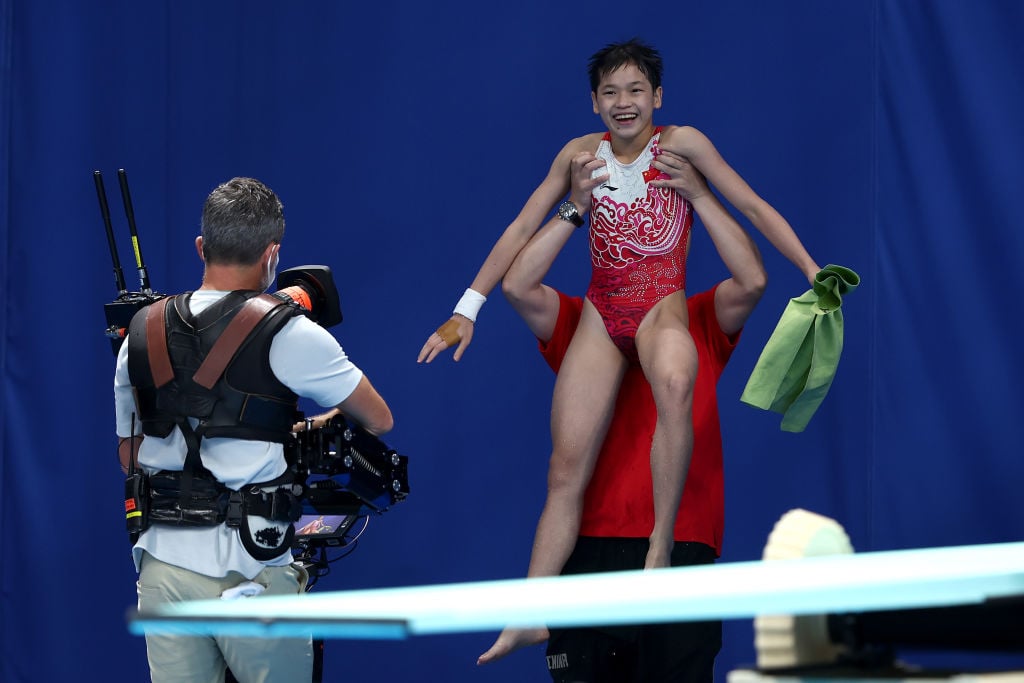 The 2020 Tokyo Olympics was Quan’s first major international competition and her win is China’s 33rd gold medal at the sporting event. 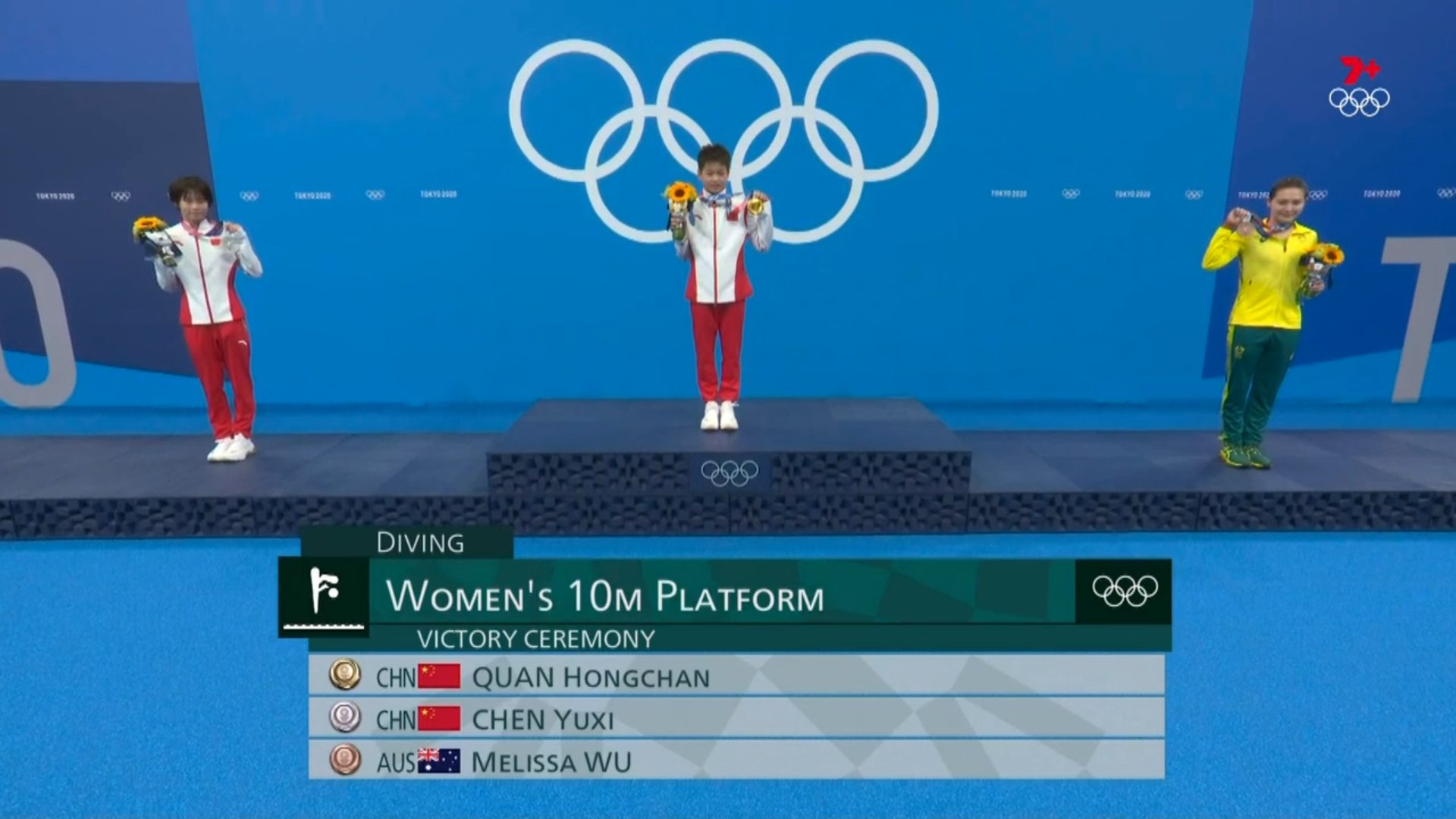 While winning a gold medal at the Olympics is certainly a feat for the 14-year-old, the glory apparently was not Quan’s main motivation.

An interview with Sohu News revealed that Quan comes from a low-income family in China where both her parents are farmers.

Quan was motivated to be a diver as she wanted to help with her family’s financial situation, especially with her mother’s medical bills.

Quan dedicated her victory to her mother, who is currently ill and requires year-round treatment. Through an interpreter, Quan said,

I want to make enough money to support her (mother). I listen to my coach very carefully and follow his instructions very carefully.

South China Morning Post (SCMP) also mentioned that Quan thanked her parents for encouraging her to relax. Medal or not, they would still be immensely proud of her.

Young diver is an inspiration to many

Not many 14-year-olds are as mature and humble as Quan to want to help their families at such a young age and through such a challenging pursuit.

Her story certainly makes her an inspiration to many.

Congratulations to Quan for her outstanding achievement. The world will be expecting more great things to come from this promising young athlete.

Featured image adapted from Olympics and Athlete365 on Twitter.