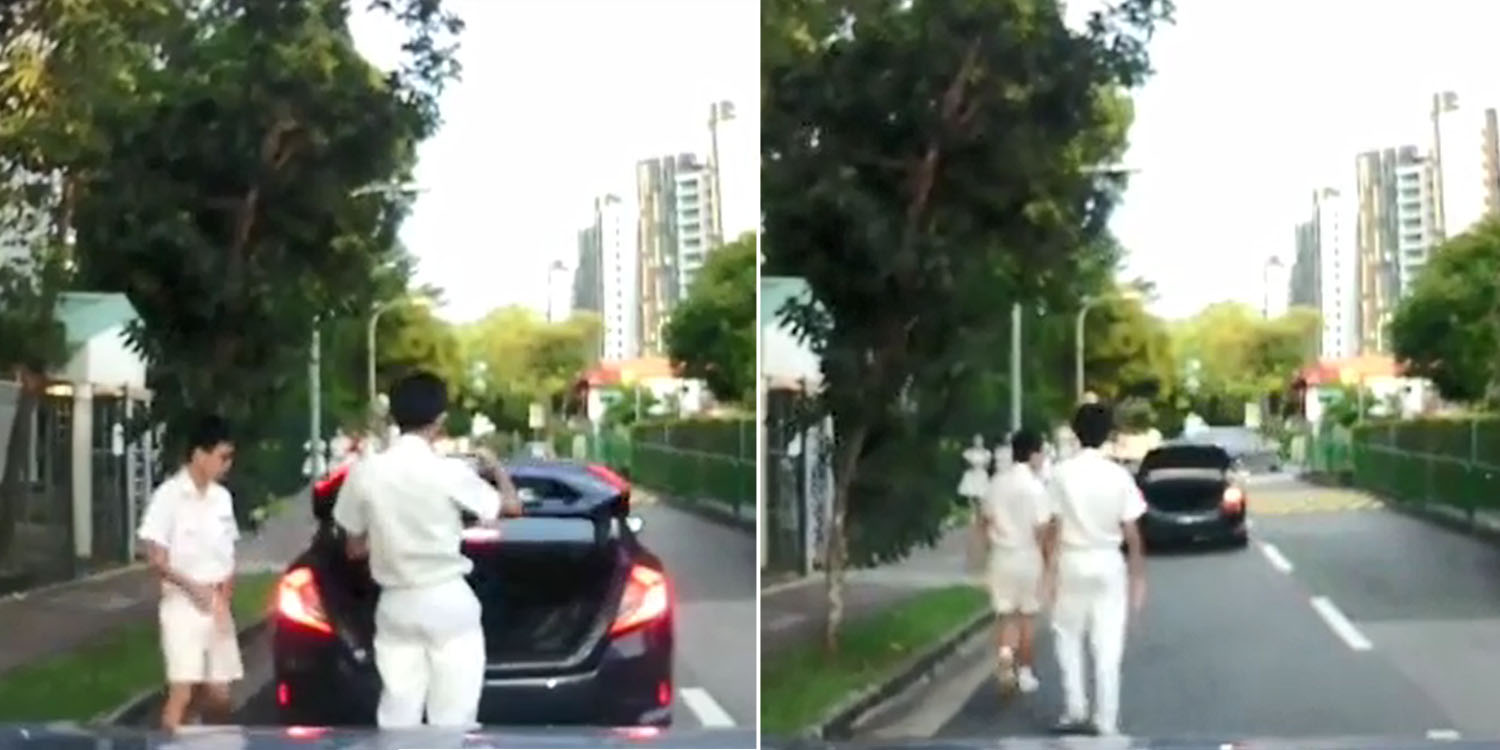 Many of us might be guilty of forgetting about our items in the car boot.

But it’s not every day that we hear of a driver forgetting about his passengers’ belongings placed in the rear compartment.

Recently, a hilarious TikTok clip has gone viral showing what appears to be a driver speeding off as 2 Chung Cheng High School (Main) [CCHSM] students were retrieving items from the trunk.

The incident, however, appears to have taken place a few years back. The footage has gone viral again after a recent repost on Roads.sg.

Chung Cheng students stunned by car that sped off

At the start of the clip uploaded by TikTok user @fizalsky, 2 CCHSM boys were seen alighting from a black car before proceeding to the vehicle’s boot.

The incident appears to have occurred along Crescent Road near one of the school’s entrances. 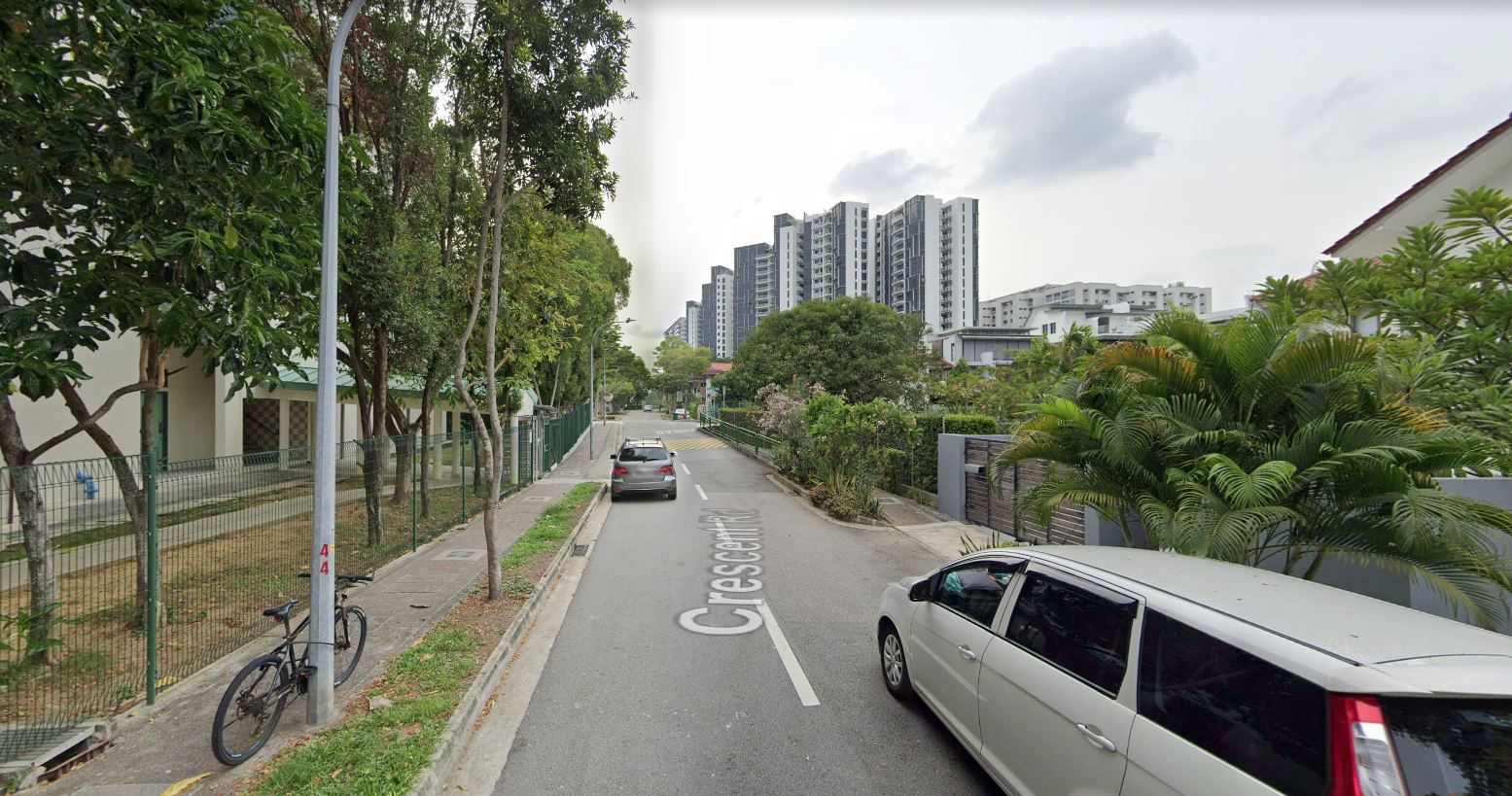 However, as soon as the pair opened the boot, the car started moving off, seemingly oblivious to the students’ attempts. 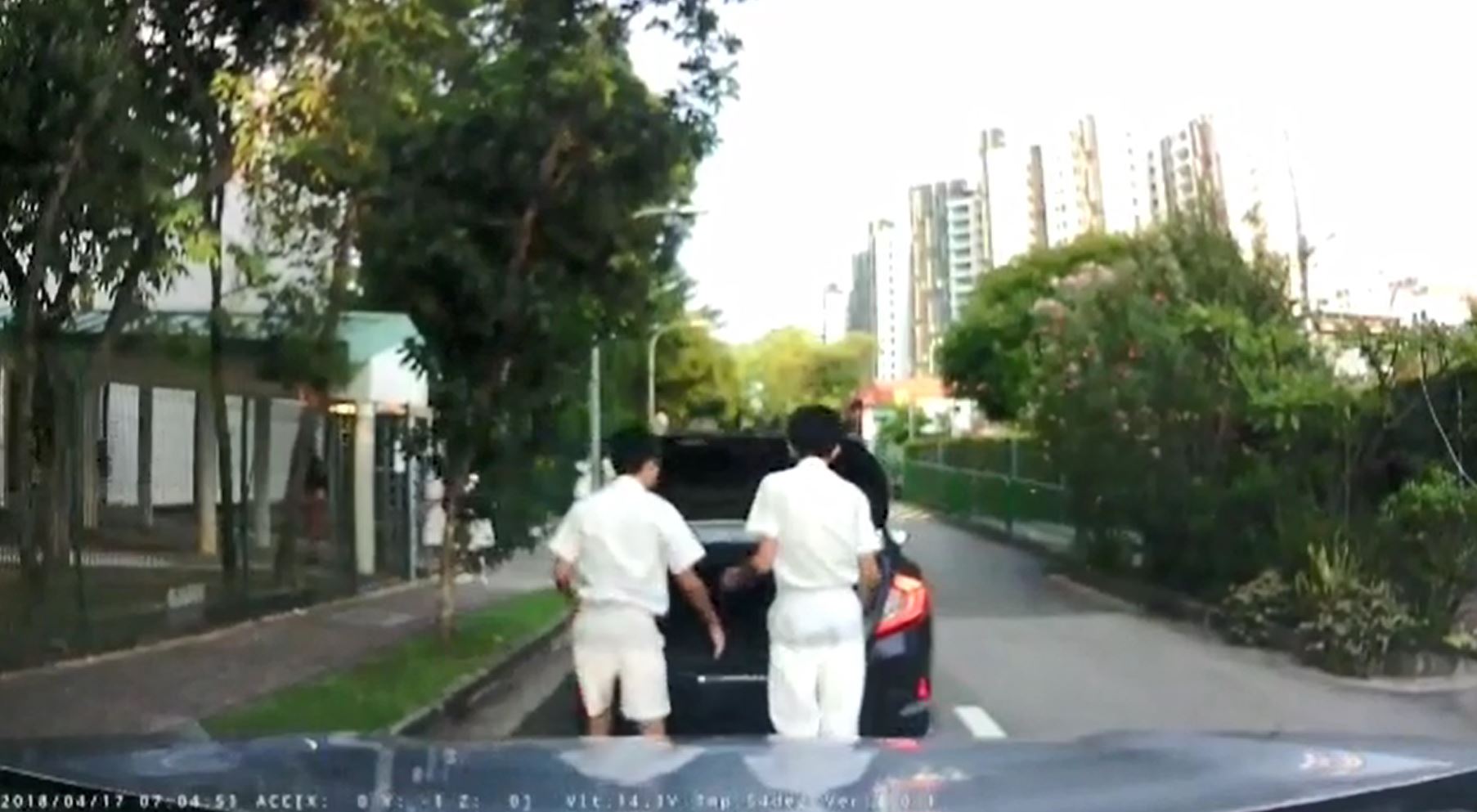 The students could only stare in disbelief as the car sped off with its car boot still ajar. 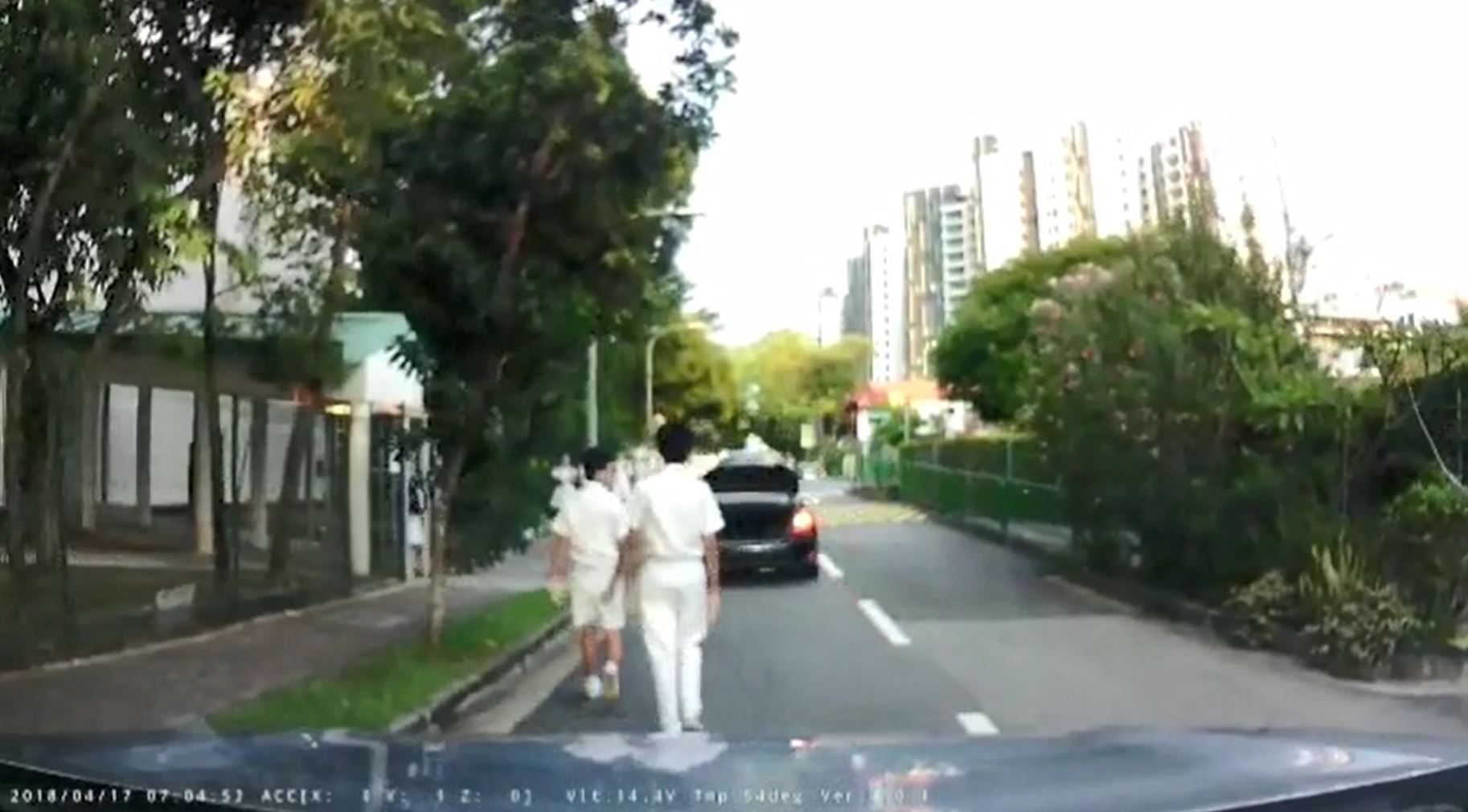 Other CCHSM students who were walking towards the school entrance were also aware of the situation and stared on in bewilderment. 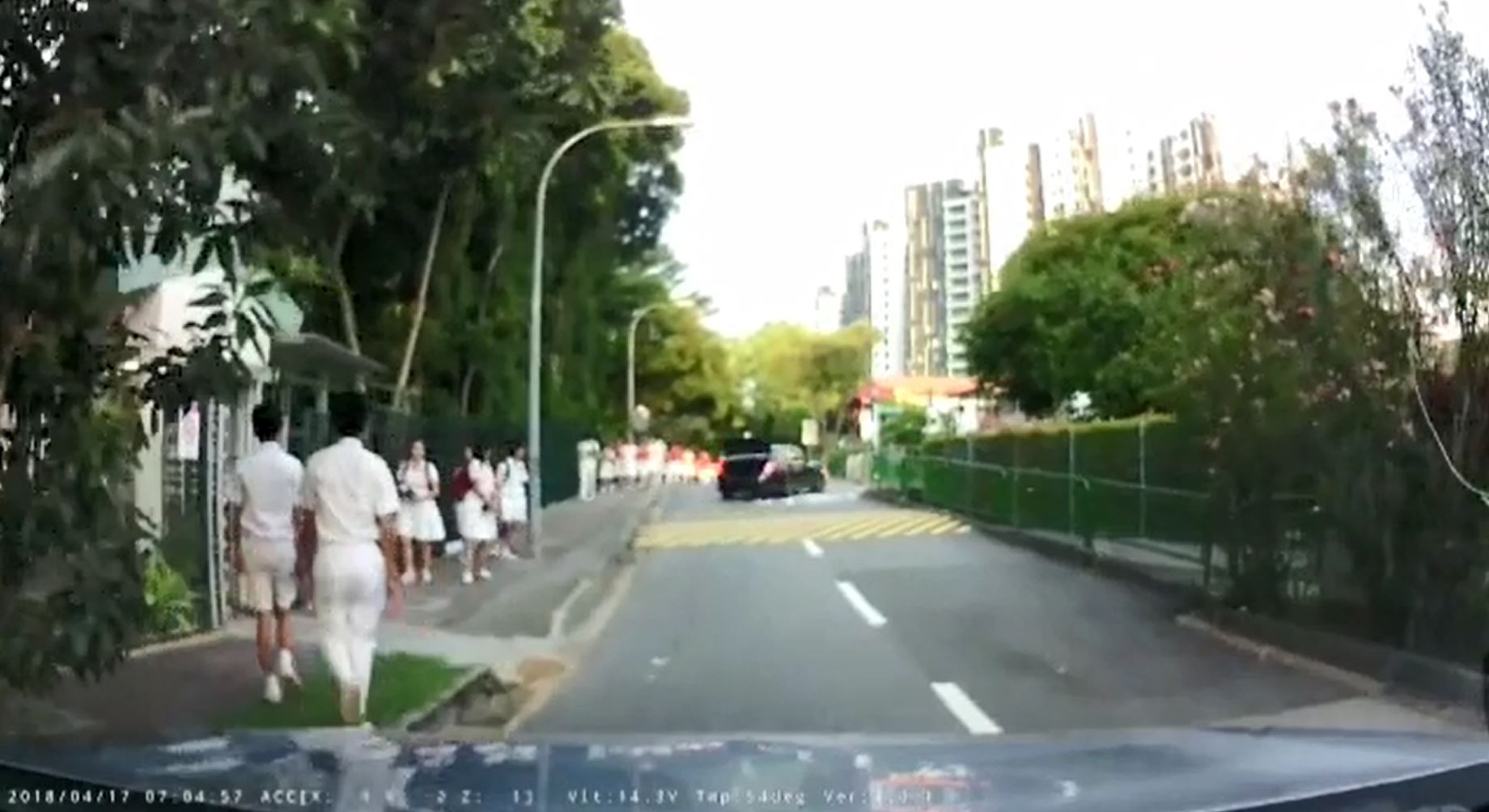 One of the 2 boys later fished out a phone from his pocket, as if to notify the driver of their plight so that they would make a U-turn. 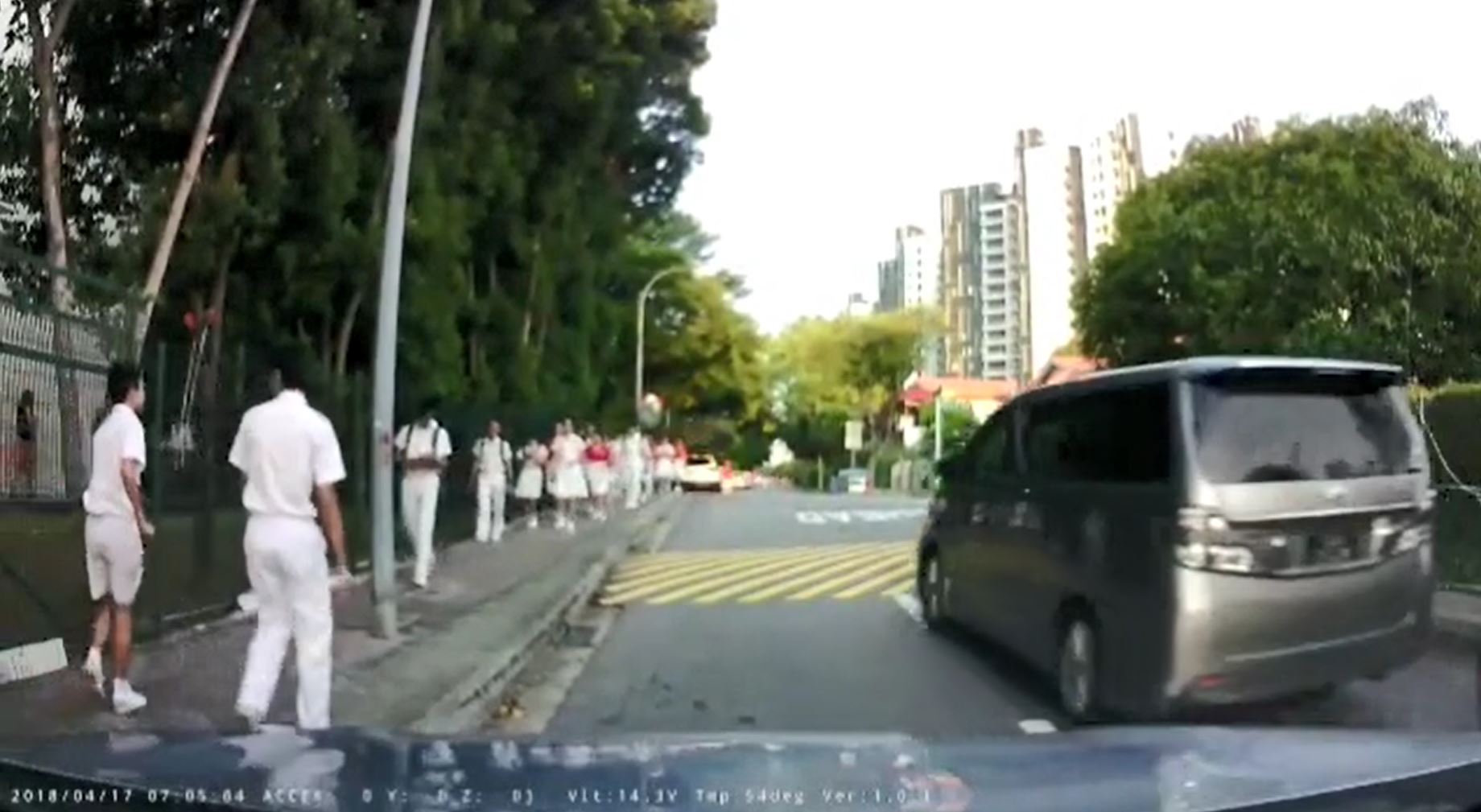 On closer inspection, it seems that the incident happened a few years back.

The first clue is the timestamp seen at the bottom left corner of the footage.

Though it’s hard to determine the exact year that the video was captured, the first 3 digits reads “201”, suggesting that it happened at least 2 years ago.

Another telltale sign is that none of the students were wearing masks, so chances are the incident must’ve happened prior to the Covid-19 outbreak. 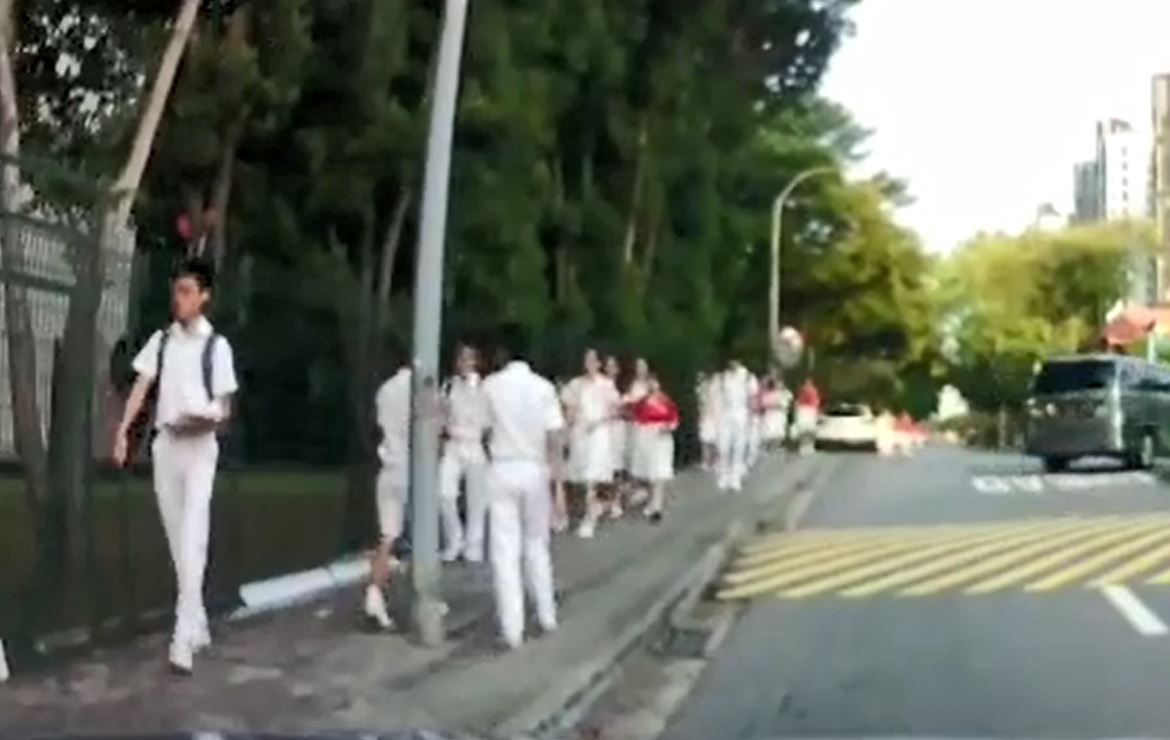 Hilarious, regardless of how dated the incident is

The incident might have happened a couple of years back, but that doesn’t seem to make it any less funny.

We hope the students eventually managed to retrieve whatever item they left in the boot.