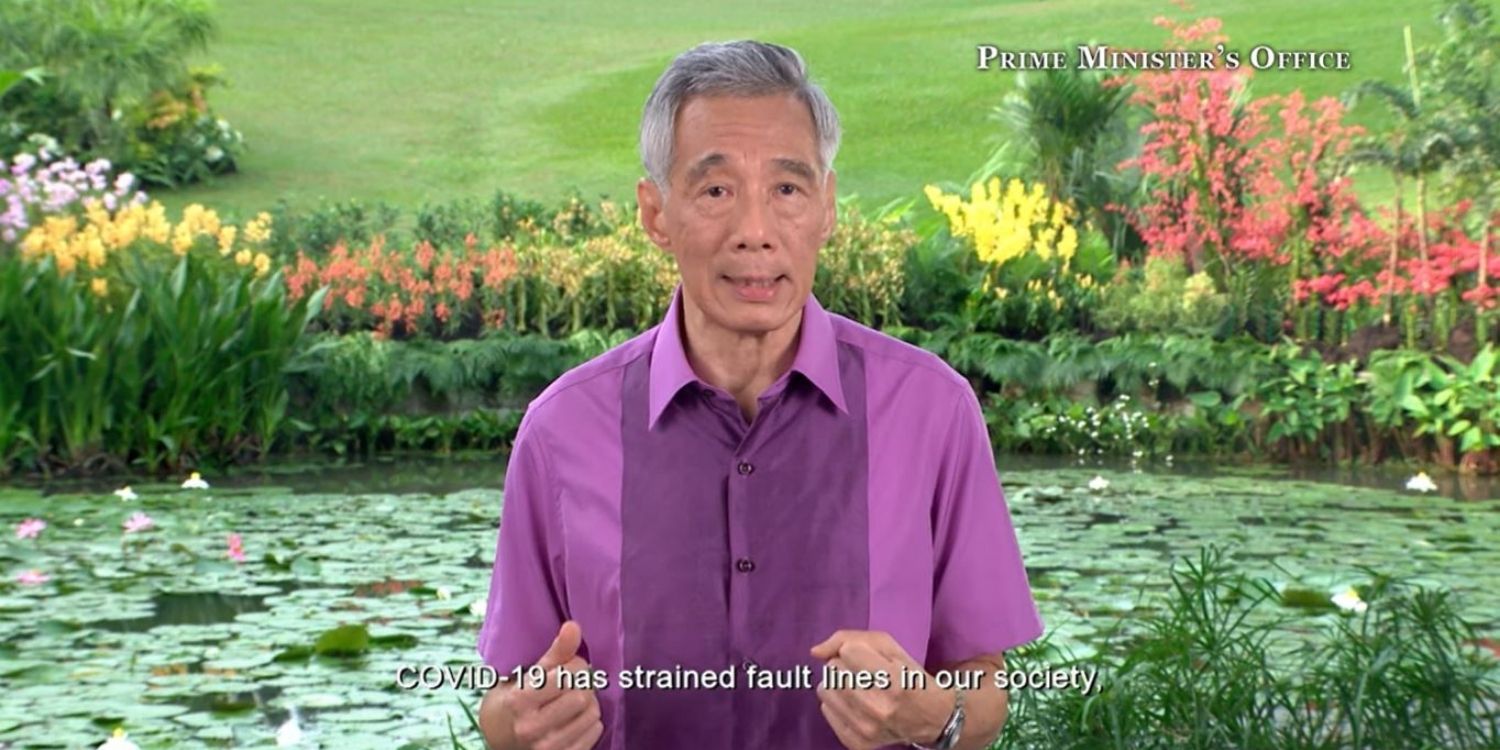 As Singaporeans look forward to opening up, we’ll first celebrate our 56th National Day on the last day of Phase 2 Heightened Alert (P2HA).

Now, more than ever, will be time to reflect on the state of the nation as we try to move on from Covid-19.

One of the ways the virus has affected us is that it’s strained fault lines in our society, Prime Minister Lee Hsien Loong has said. 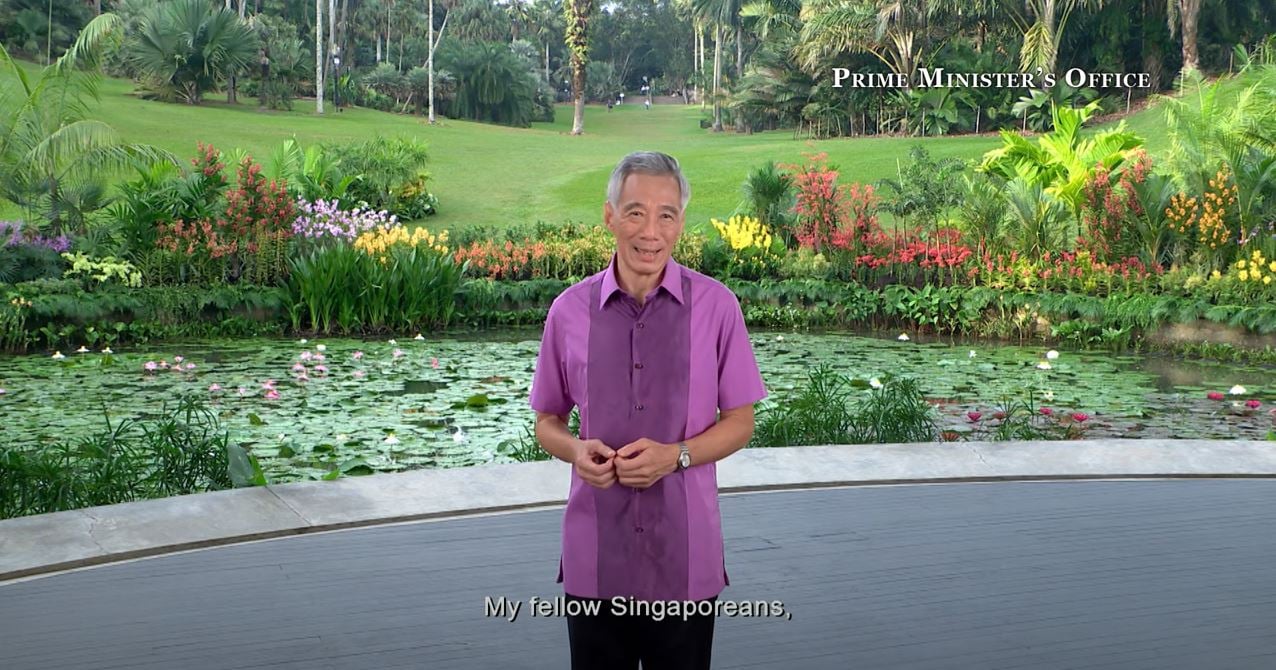 Thankfully, Singaporeans have worked together to get one another through the crisis, and our social cohesion has held, he added.

Covid-19 is formidable, has surprised us: PM

In this year’s National Day Message delivered on Sunday (8 Aug), PM Lee spoke on the issue that’s still foremost on our minds: Covid-19 and its impact on Singapore.

He called the virus a “formidable” enemy, adding,

Each time we think we are getting it under control, it has surprised us.

Mr Lee was referring to clusters like the Jurong Fishery Port that led to Singapore going under P2HA again. 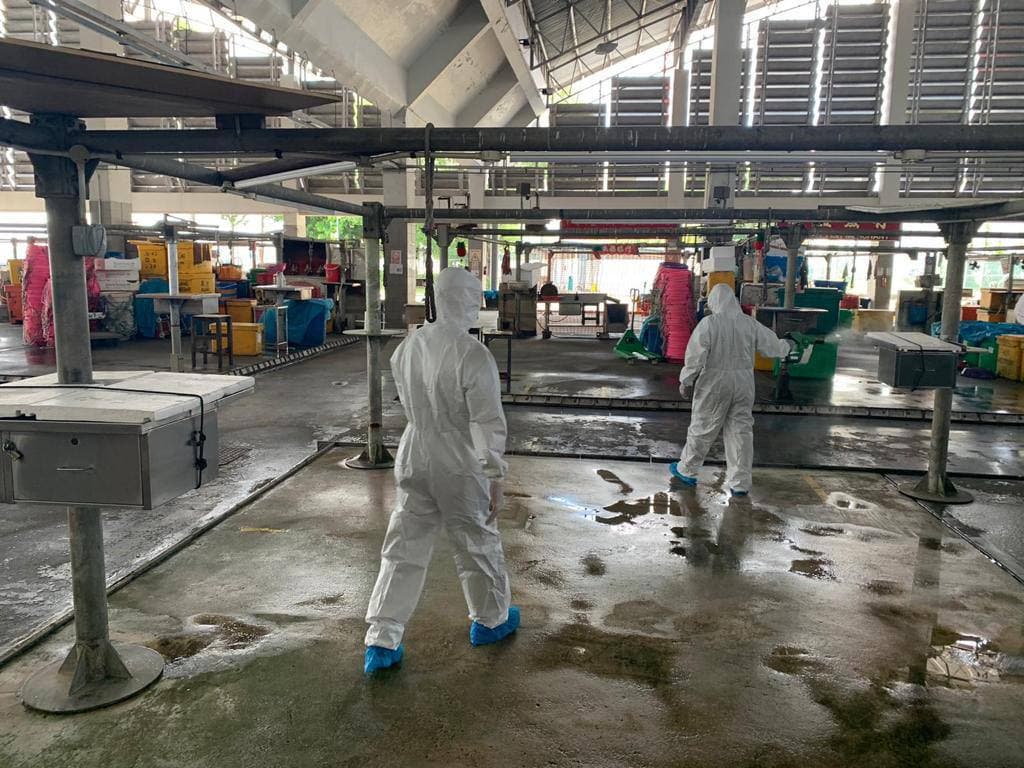 He acknowledged that “many Singaporeans were disappointed” as it felt like a setback after we seemed to have made progress in our Covid-19 fight.

We could have done better: PM

The Government has tried to fulfill its primary goal of protecting both lives and livelihoods, though it’s a difficult balance, Mr Lee said, admitting,

There are certainly areas where we could have done better.

But he pointed to the fact that Singapore has had very few deaths from Covid-19 and said we’ve kept everyone safe, including migrant workers.

Singaporeans have worked together

The fight has however “taken a toll on all of us”, and we need to watch out for one another, the PM said.

What’s positive is that Singaporeans have indeed “worked together, looked out for others, and relied on one another”, and he’s of the opinion that our social cohesion has held.

Even so, he noted that,

Covid-19 has strained fault lines in our society, and brought up difficult issues that we need to deal with. 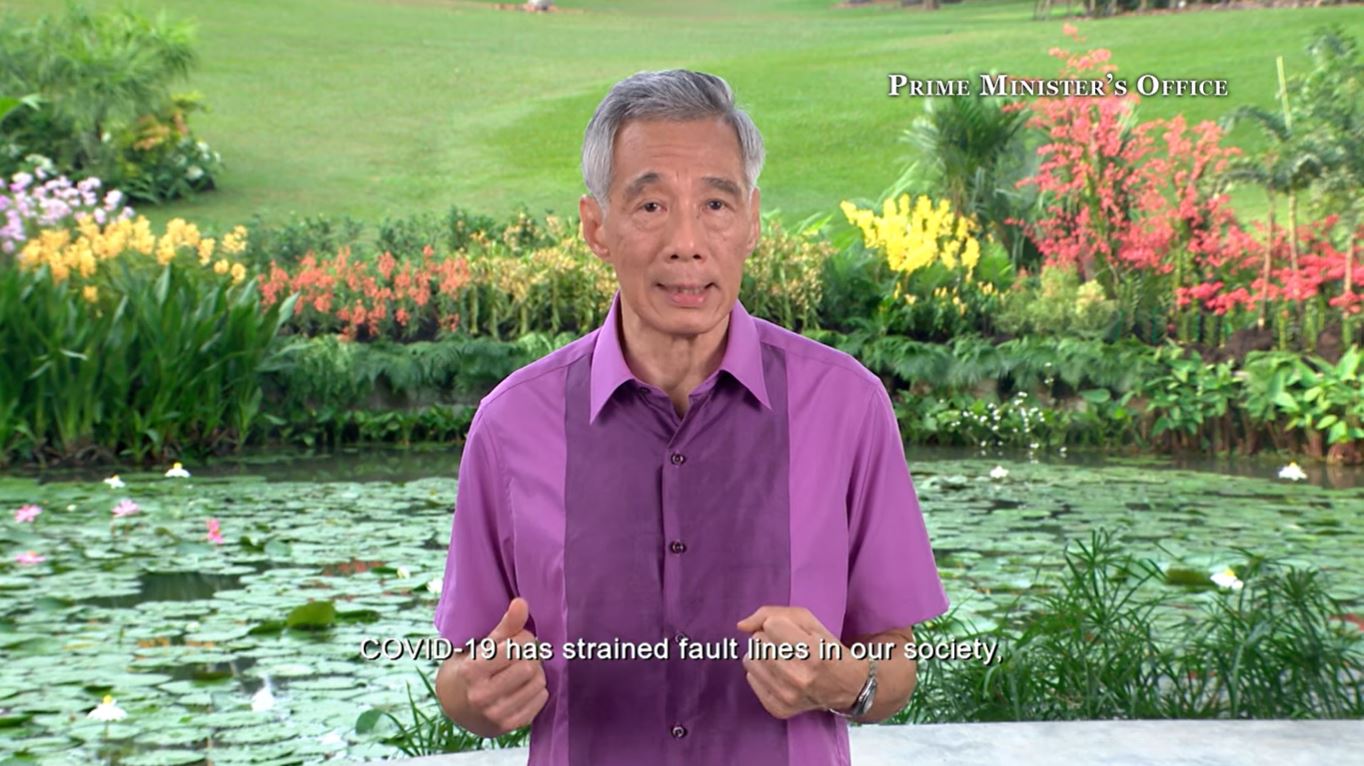 Mr Lee elaborated on 3 such issues:

PM Lee acknowledged that Singaporeans may have “anxieties over foreign work pass holders”.

This is especially when their numbers grow, and it’s natural to become worried about having to compete for jobs, he said. 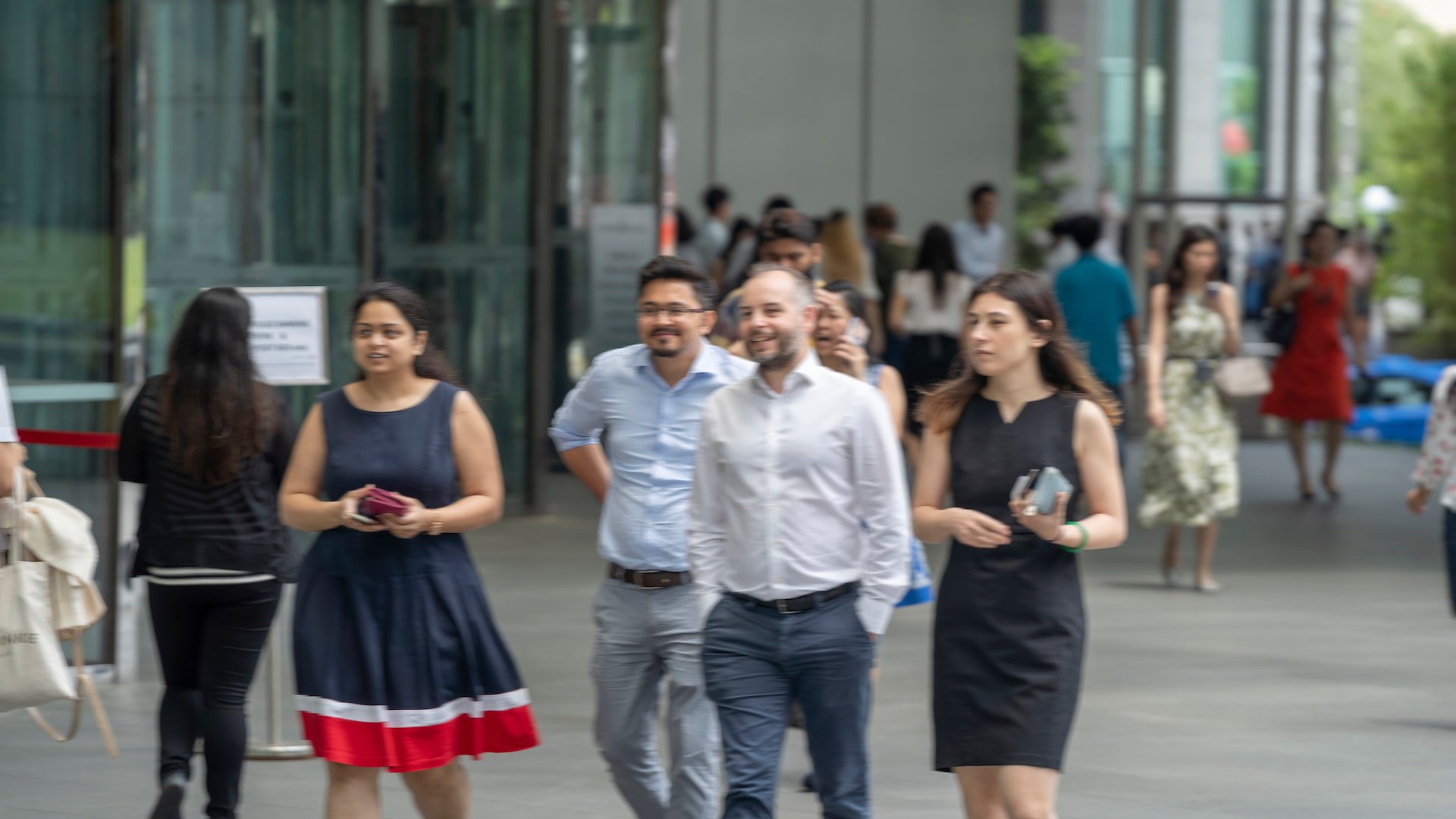 Due to Covid-19, these anxieties have worsened.

He laid out 2 ways Singaporeans could become disgruntled:

Mr Lee said he understands these anxieties and problems, and the Government is addressing them.

One way is to adjust policies to “manage the quality, numbers and concentrations of foreigners in Singapore” so that we can continue to welcome foreign workers.

He also said that Singaporeans understand that the nation needs to welcome talent and expertise for our economy, and turning them away would go against our values of accepting those who’re different from us.

Speaking of those who’re different from us, PM Lee also touched upon the prickly issue of race and religion in Singapore.

There have been several racist incidents that have been publicised widely, and they’ve “worrying”, he said.

They are not the norm.

He pointed out that many more happy inter-racial interactions happen every day, just that they don’t go viral.

Some do, however, like the woman who paid respects to her neighbour’s deity.

Woman Pays Respect To HDB Neighbour’s Deity, Is The Model Example Of Harmony

He advised Singaporeans to acknowledge and talk about these sensitive issues “candidly and respectfully”, based on mutual understanding and compromise by both the majority and minorities. 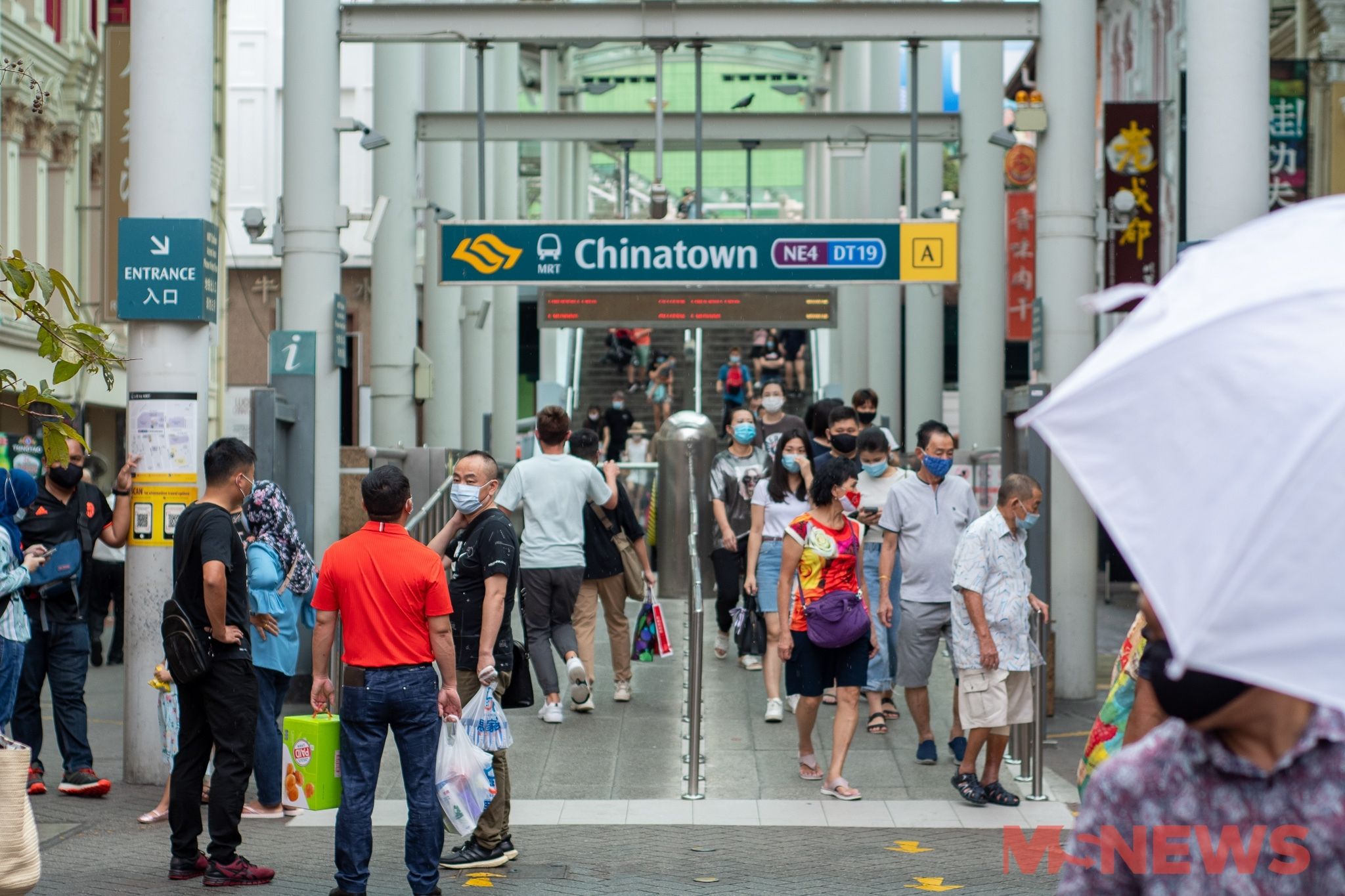 Mr Lee urged Singaporeans to give the Government their cooperation, support and trust so they can fulfil their duty of managing these issues on our behalf.

Pointing out that lower wage workers have felt the impact of Covid-19 most acutely, PM Lee said the Government has therefore given them more help.

Moving forward, these workers will need “more sustained support”, for example boosting their incomes with Progressive Wage Model and Workfare.

However, he didn’t mention anything about a minimum wage.

In Singapore, no matter where you start in life, we want to make sure you and your children will have every chance to improve yourselves and move ahead.

PM Lee also gave an encouraging statistic: More than 85% of our seniors have received at least 1 jab of a vaccine. 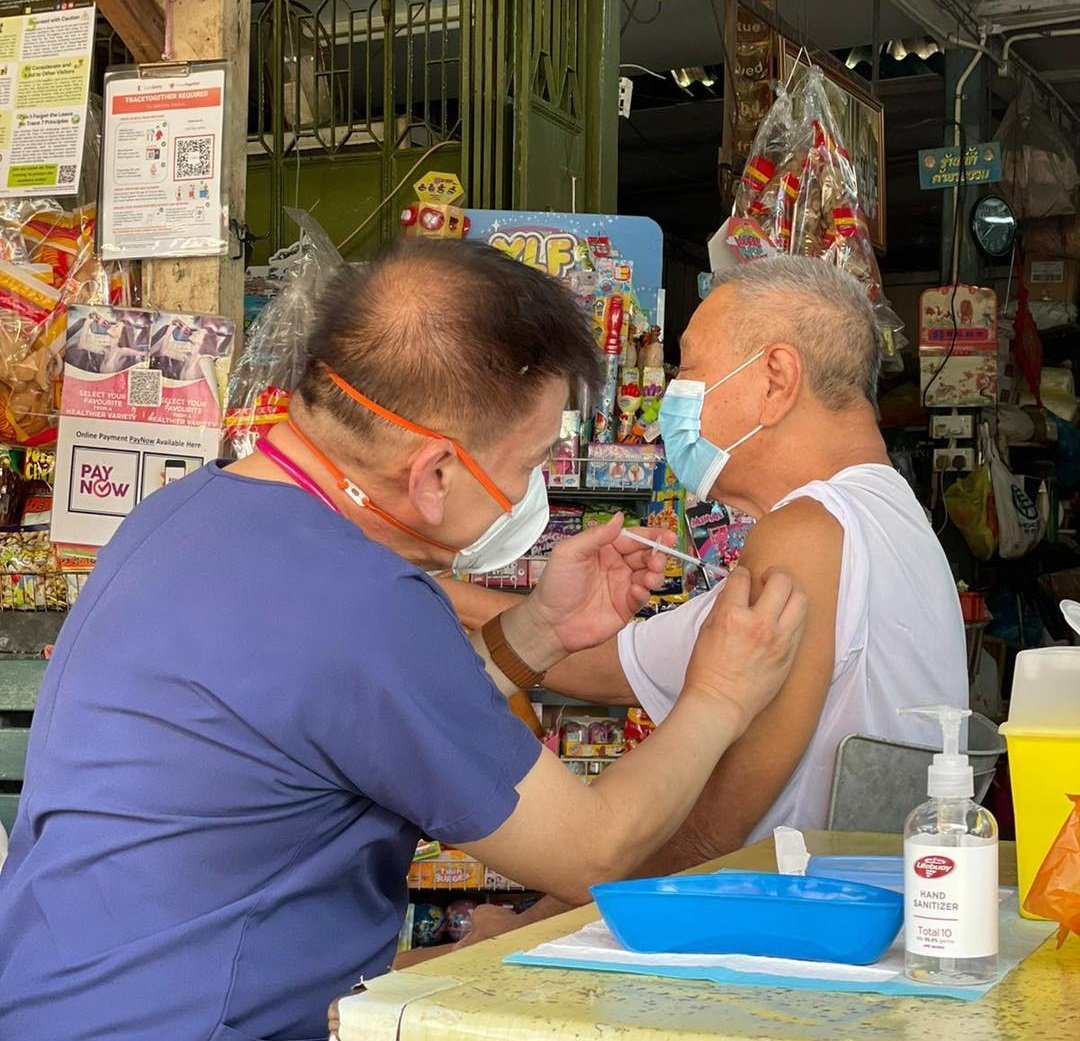 Coupled with the fact that more than 66% of Singapore residents are fully vaccinated, it means that a higher proportion of us are protected from Covid-19.

We’re still vaccinating 1% of our population daily, and working towards being more resilient.

That also means we can conduct a “careful, step-by-step” reopening, he added, and live in the new normal.

3 issues are pertinent, we should work together to solve them

The 3 issues mentioned are on point indeed, and kudos to PM Lee for bringing them up.

While they’ve existed for a long time, Covid-19 has just caused them to bubble closer to the surface.

Since the Government has committed to working to solve these problems, Singaporeans should do our part to cooperate and work with them for the greater good.

If we can do that, perhaps Covid-19 might have a silver lining after all.