It’s been more than half a year since Covid-19 started spreading wildly among residents of migrant worker dormitories.

However, we’re not out of the woods yet, as we’re still picking up new cases in dorms — and failure to send workers for testing is part of the reason why.

In fact, 115 cases were recently found in a dormitory, and many of them may not have been infected if the workers were sent for testing earlier. 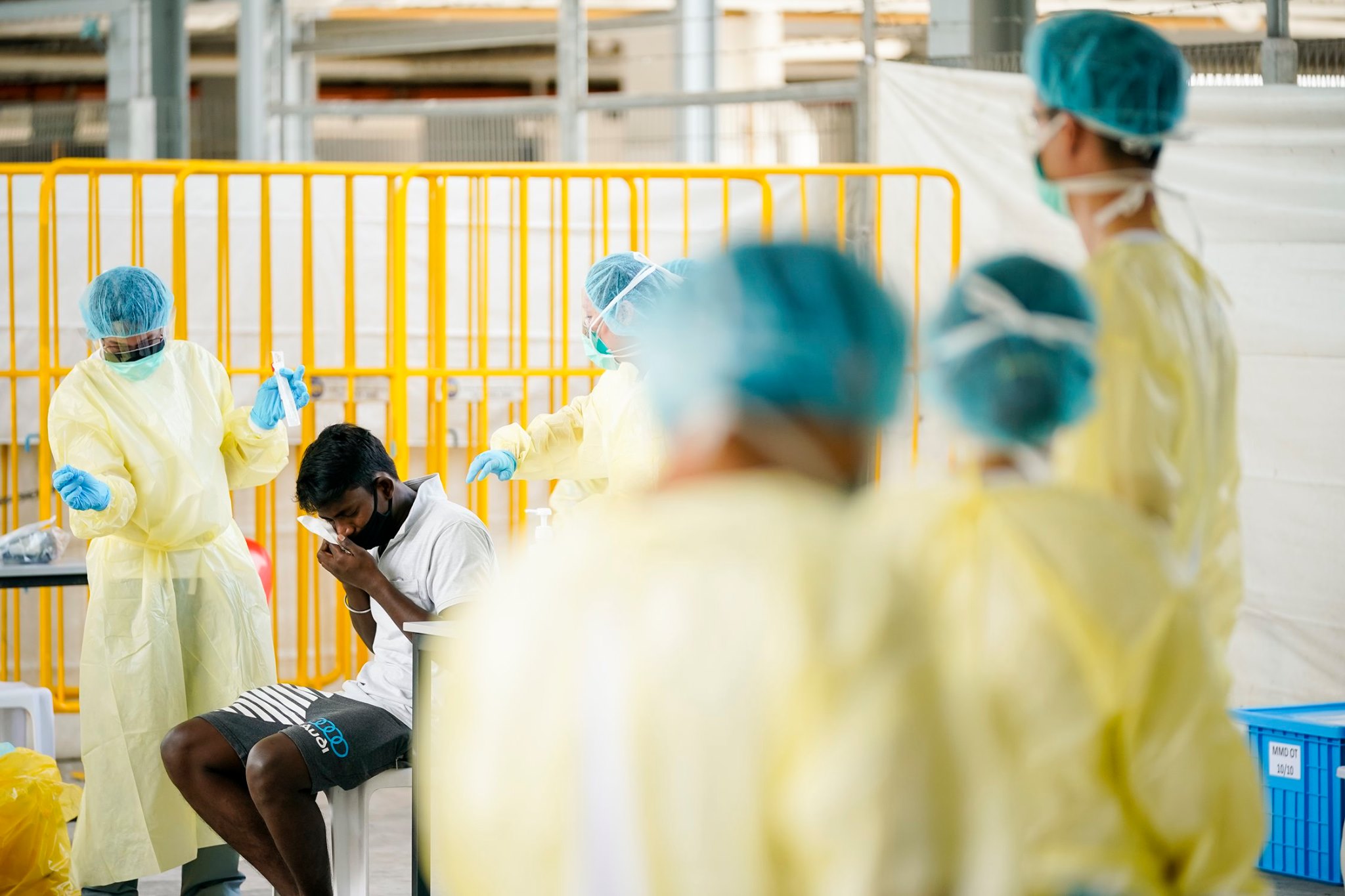 75% of dorm’s workers not tested

In a media release by the Ministry of Manpower (MOM) on Friday (18 Sep), the unnamed purpose-built dorm was singled out.

A majority of 75% of the workers residing there had not gone for Rostered Routine Testing (RRT) by the end of Aug, MOM said.

RRT has to be done every 2 weeks by all workers from the construction, marine and process sectors and personnel who go into work sites.

It’s also compulsory for all workers from the manufacturing and services sectors residing in the purpose-built dorms, among other sites. 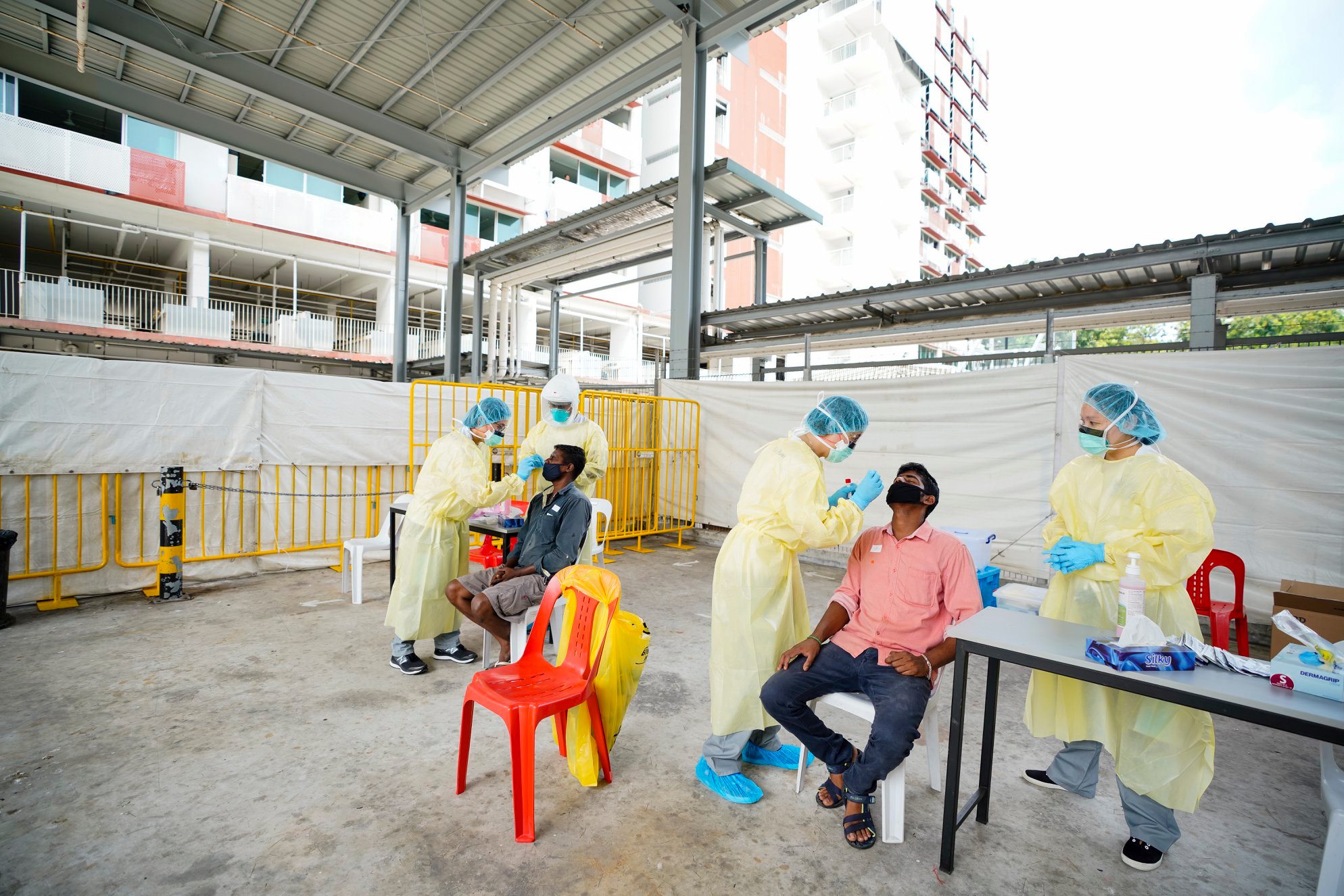 Faced with this situation, the Assurance, Care and Engagement (ACE) group decided to conduct a pre-emptive testing for all the residents of this dorm.

The ACE group, which is under the MOM, did this “as a precautionary measure”, the statement said.

If all the workers had been sent for RRT, the situation would’ve been different, said the MOM, adding,

The cases could have been detected and contained much earlier to prevent the spread of the infection had all the workers been scheduled for their RRT.

As the virus spreads easily in dorms, we can imagine just 1 case could infect scores of migrant workers packed together on the premises.

Thus, RRT can prevent such a spreading event by discovering and isolating the infected worker earlier. Besides the cases, the ACE group also found lapses in the implementation of safe distancing protocols in the dorm, MOM said.

It has notified the dorm operator to correct the “multiple lapses”.

The operator will also restrict intermingling between residents by deploying “additional segregation infrastructure”.

This will help the dorm improve its Safe Living measures, it added.

Although this figure is down from the 13,000 workers who weren’t tested last week, it’s still a significant number.

That’s because these 5,700 will not be able to return to work if they haven’t gone through RRT. Thus, MOM urges employers to cooperate with the system to allow their workers to get tested and prevent further disruption to their business operations.

Those who haven’t should fix appointment slots for their workers to undergo RRT via the Health Promotion Board’s Swab Registration System.

MOM also warned of dire consequences for employers who don’t do this, saying,

Employers who are recalcitrant and do not schedule their workers for RRT will have their work pass privileges curtailed.

Still much work to be done

The 115 cases found in the dorm underscores that there’s still much work to be done to effectively clear all dorms of the virus.

One of the tasks is to drive home the message to employers that regular testing is important.

The RRT scheme, if followed properly, can safeguard the health of all workers by ensuring that infected workers are found and isolated earlier.

Let’s hope employers and dorm operators can cooperate to get Singapore back to normal again.