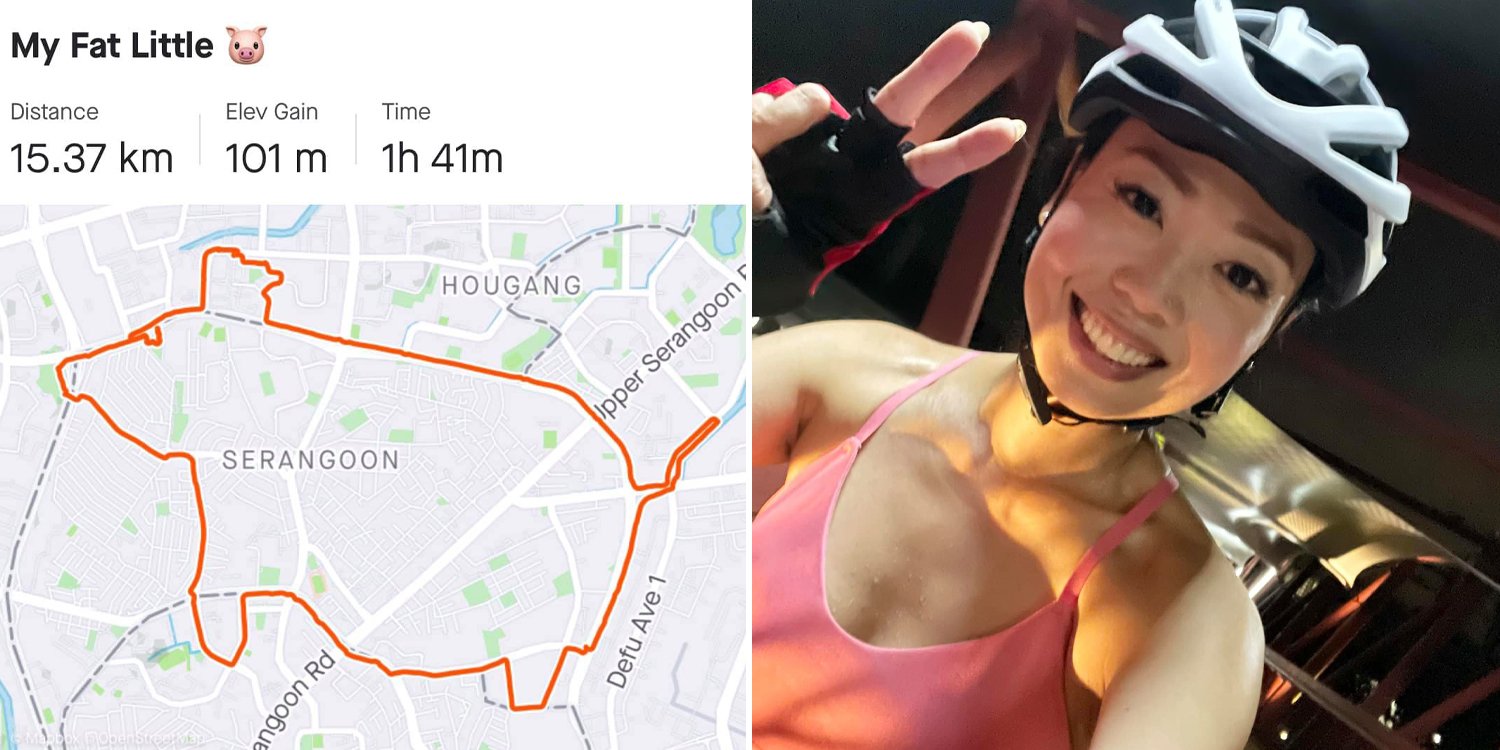 As cycling becomes increasingly popular in Singapore, a new trend has emerged—map drawing.

On Monday (13 Sep), a cyclist shared her pig-casso worthy drawing of a chonky pig on Facebook group SG PCN Cyclist. She did so by travelling along a 15km route in the Serangoon area.

Netizens loved the adorable drawing and praised the cyclist, with some even sharing their own map drawing creations.

Recently, cycling has become an art form in itself – quite literally – and the latest addition to the trend is an adorable fat little pig drawing.

In her Facebook post, the cyclist shared her 15k.37m route drawing around Serangoon, Ang Mo Kio, Hougang, and Kovan.

The snout of the pig drawing reaches into Teck Ghee Neighbourhood 4 Park. She continues cycling into the Lorong Chuan and Kovan area to trace the pig’s 2 feet.

The tail of the pig reaches Hougang Avenue 7, along the park connector.

She then loops back to Ang Mo Kio Avenue 3, completing the drawing. It took the cyclist 1 hour and 41 minutes to complete the journey. She even shared a celebratory selfie to commemorate the day.

Fellow cyclists in the SG PCN Cyclist Facebook group praised her ‘artistic’ efforts, saying it was “creative and awesome”.

Many others also asked how she planned her journey, wanting to try it for themselves.

One even suggested that she could try drawing a flying pig on her next journey. 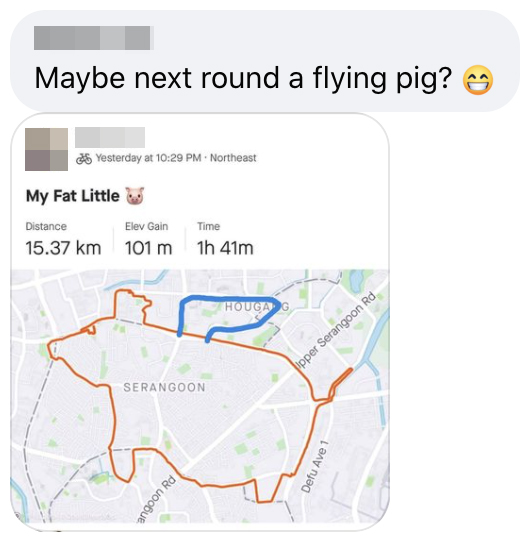 Others drew a dinosaur & panda too

The cyclist certainly isn’t the first to attempt drawing with her cycling route, with the trend catching on earlier this year.

But seeing her drawing, many other cyclists wanted to share map drawings of their own too, like this cyclist’s drawing of a panda to celebrate Singapore’s new panda cub. 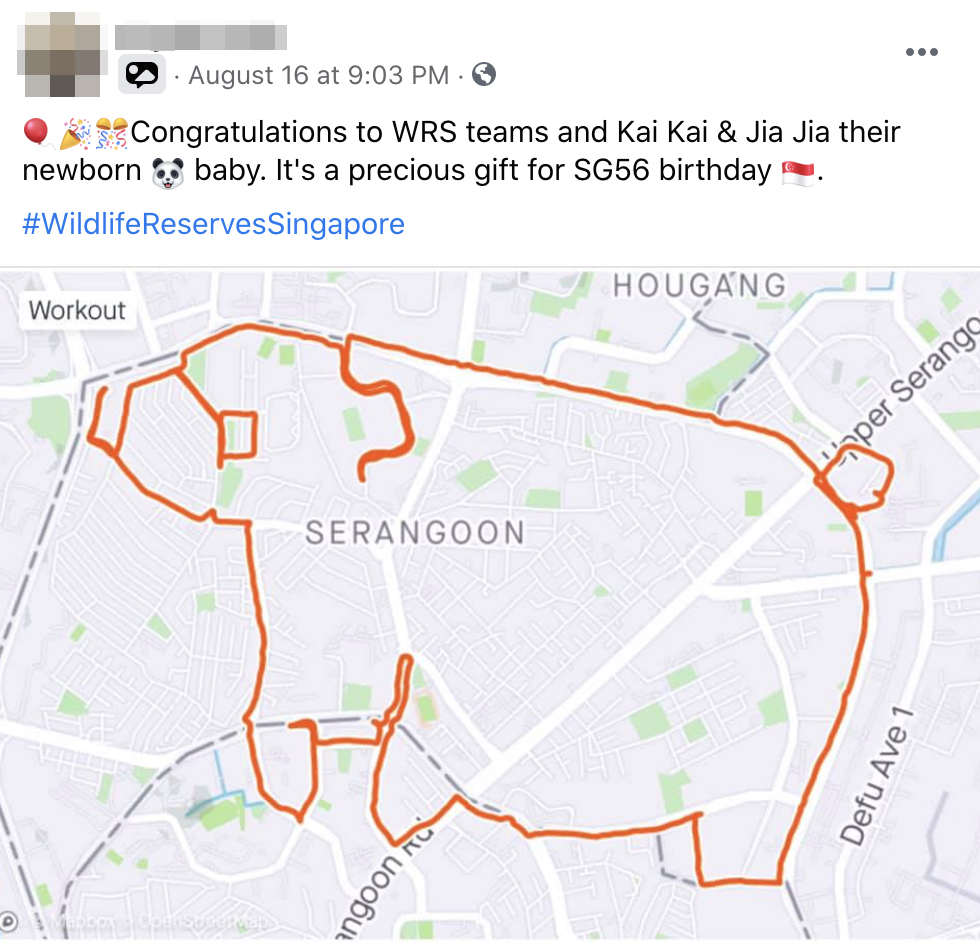 Many other cyclists shared their creations on the Facebook group, like this intricate drawing of a baby dinosaur piggybacking on its mother. 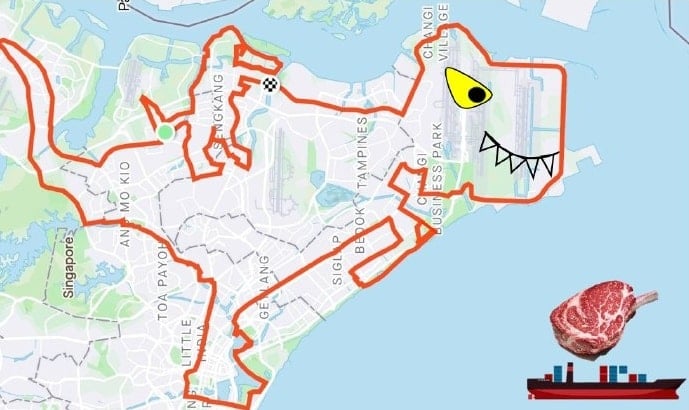 Challenge yourself by drawing maps when cycling

With leisure travelling still out of the question, Singaporeans certainly are getting creative with their hobbies.

If you’d like to attempt this little pig drawing on your own, you can find the route map on Strava here.

Or you can even challenge yourself by coming up with a new drawing of your own!