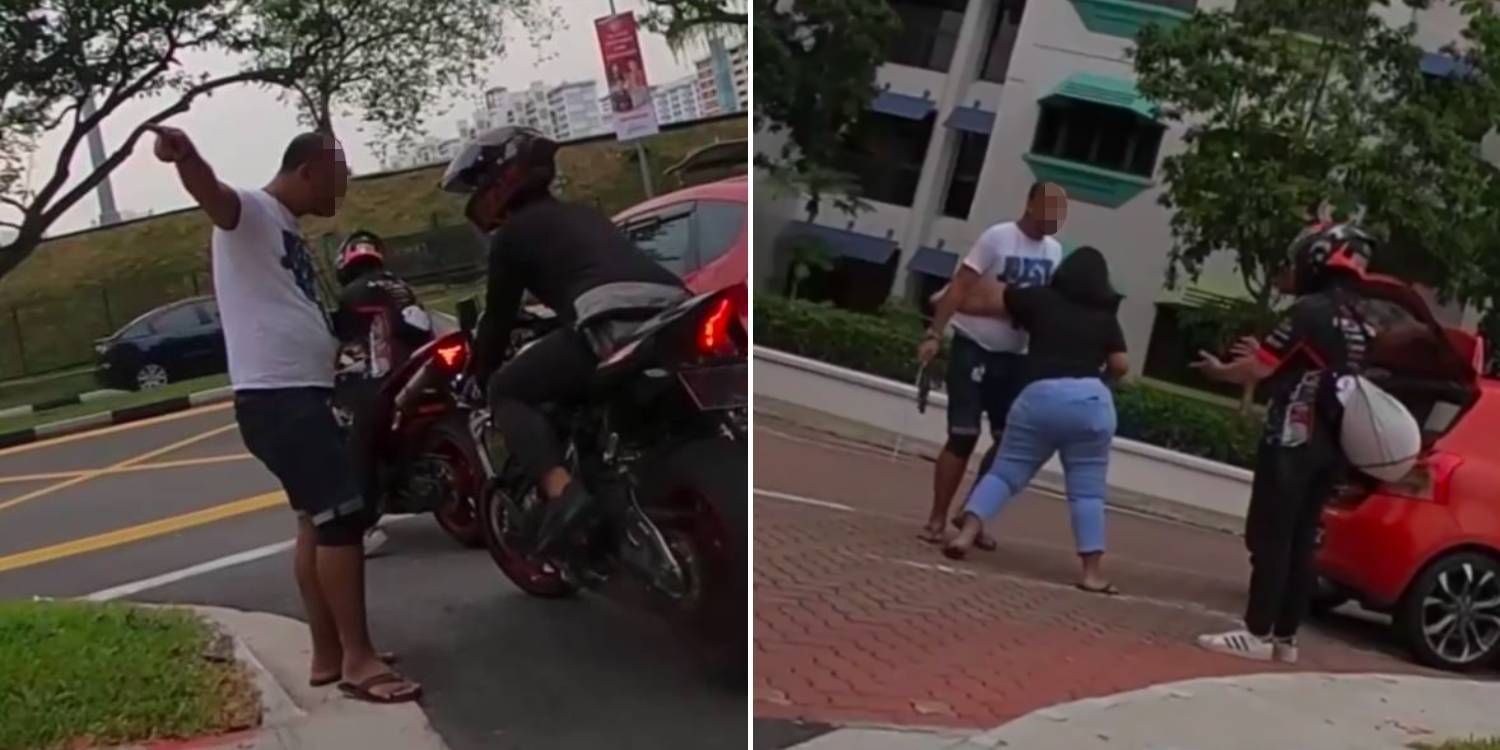 Road rage in Singapore happens every now and then. However, things could get ugly if a weapon is involved. Thankfully, while this happened to a few motorcyclists in Bedok, no one was harmed in the process.

A recent post on Facebook by ROADS.sg showed a video of a driver who confronted several motorcyclists after they pointed out that his driving could’ve endangered them. The same video was also posted by Sgfollowall on Facebook.

In the clip, the seemingly enraged driver can be seen whipping out a weapon and intimidating the motorcyclists.

Luckily, the driver’s friend was there to stop him before anyone got hurt.

This all started when the driver of a red car made a wide turn when entering an HDB estate, cutting into the neighbouring lane. 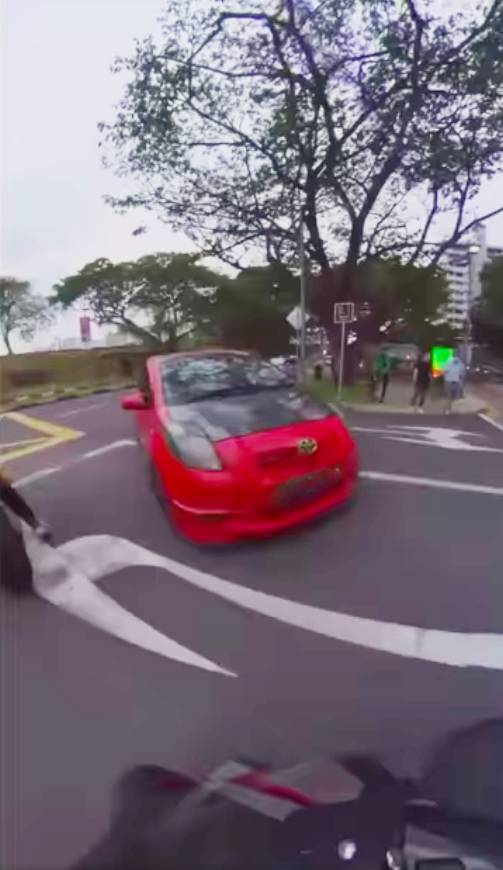 3 motorcyclists who were waiting along the adjacent exiting lane were nearly knocked over as a result of the dangerous manoeuvre.

The motorcyclists were stunned by the near-collision and stared at the driver as he turned into the estate. However, the driver seemingly took notice of this and subsequently stopped along the road. 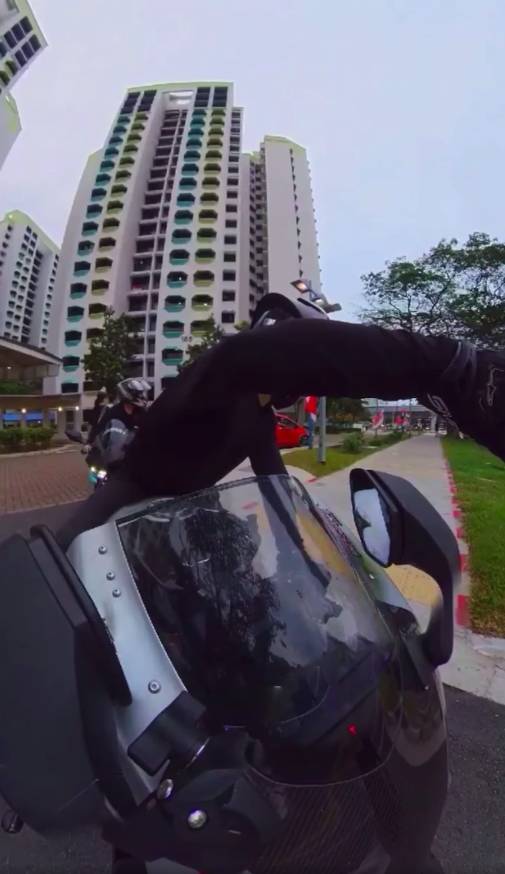 One of the motorcyclists then pointed out the driver’s mistake, much to the latter’s displeasure.

The driver subsequently stepped out of his car and began confronting the motorcyclists near the turn. 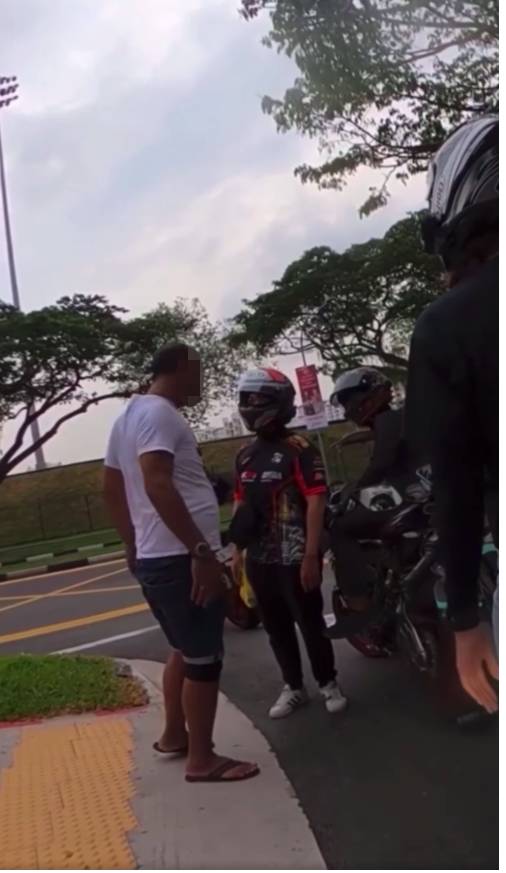 While it’s unclear what the commotion was about, the unmasked driver asked one of the riders at one point if he’s a resident of the nearby estate. 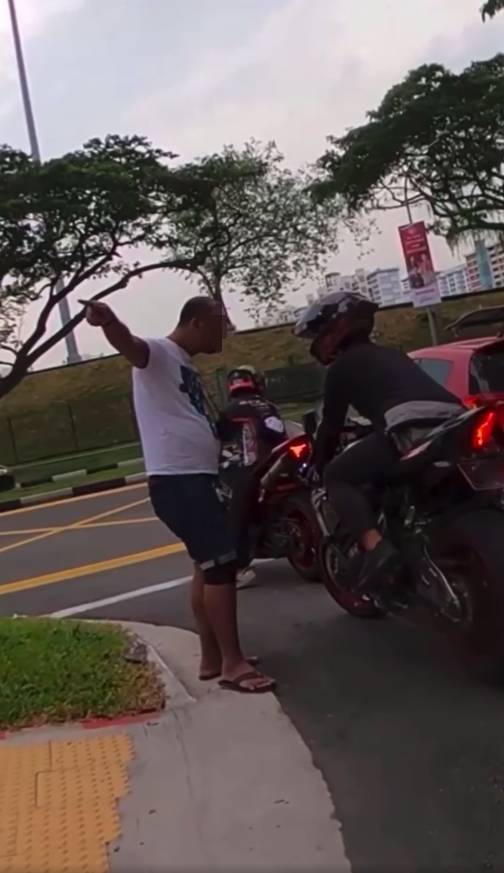 Aware of the tense situation, another motorcyclist seemingly tried to de-escalate matters and urged the driver to return to his car. 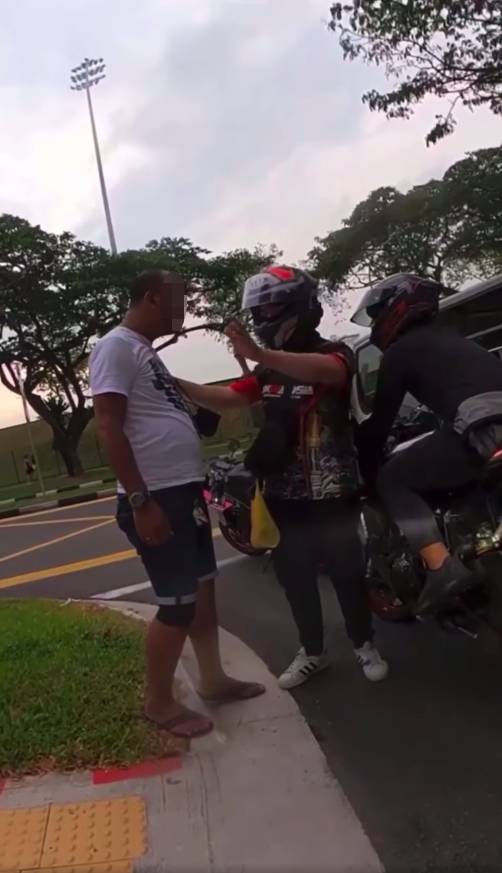 Driver takes out weapon from car boot while confronting motorcyclists

However, things did not end there. In a separate clip, the driver looked angrier and took out a fishing rod from his car boot. 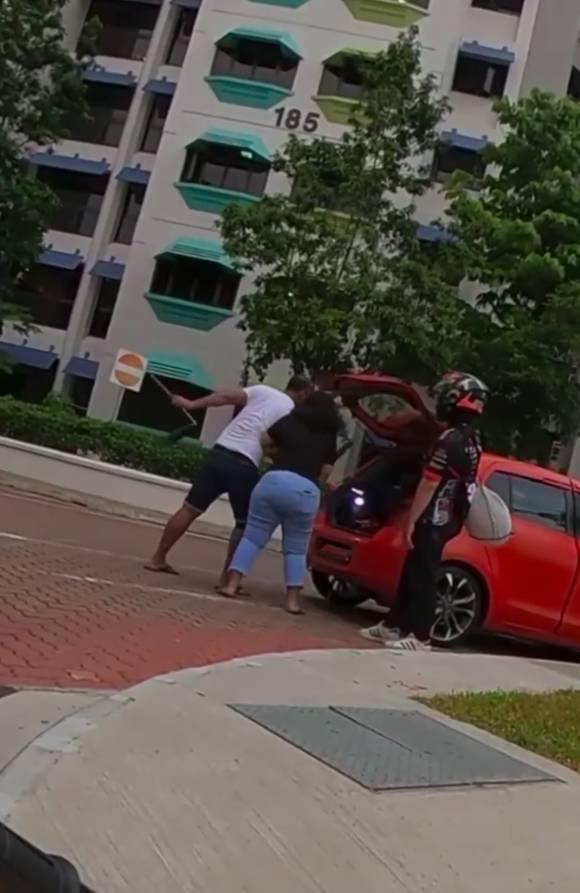 For some reason, it seemed the driver intended to attack the same motorcyclist who attempted to pacify him. 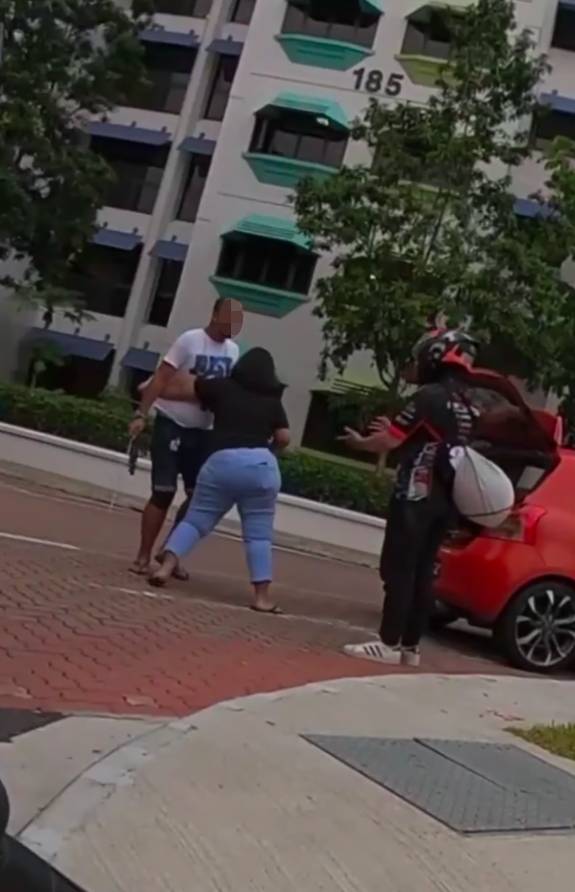 Thankfully, a lady who was with the driver managed to stop him from hurting anyone. 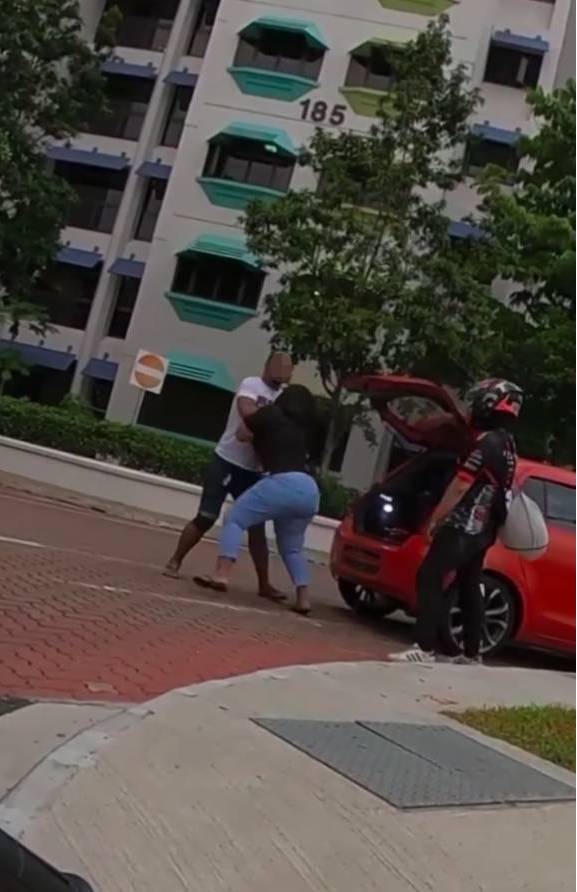 The motorcyclist later returned and signalled to his fellow motorcyclists that they ought to leave.

Hope nobody was hurt

Whatever the reason, motorists shouldn’t resort to such violent means to resolve matters.

We hope nobody was hurt as a result of the confrontation and that everyone managed to leave safely.

Lastly, kudos to the lady for bravely standing in the way of the driver, stopping him from potentially hurting the motorcyclists.