Don't let your kids out of sight.

Dashcam footage of a car narrowly missing a little boy on a scooter is evidence enough that we can’t leave young children to their own devices.

Luckily for the boy, the driver was alert enough to stop the car early, and he escaped totally unscathed.

Little boy on scooter appears suddenly in front of car

A Facebook user shared a video of the near miss in the SG Road Vigilante group on Saturday (2 Nov).

The location is unclear, though we can see that the incident happened at night, as the roads were rather dark. The timestamp on the clip indicated that it occurred on Friday (1 Nov) around 7.30pm.

As the driver approached a bend in the two-lane road, his headlights shone on a small figure moving towards the car at a steady pace. 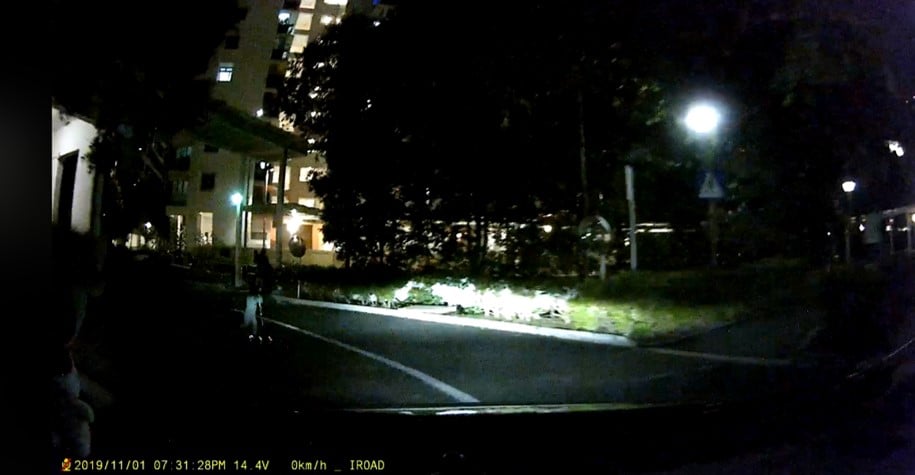 Noticing the danger in front of him, the driver who was fortunately travelling at a slow speed, came to a gentle stop some distance away.

The unsuspecting boy continued to cross the road on his mini scooter, unfazed by the almost accident. 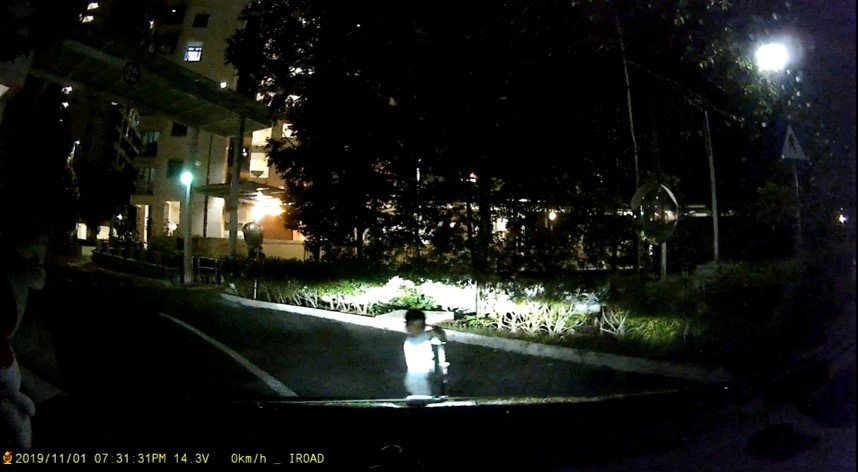 Kudos to both the little boy and the driver for keeping their calm, but damn, that was a really close shave.

Perhaps concerned for the boy’s safety, the driver went in search of his mother, whom he assumed was close by.

Sure enough, he found her roughly 200m away, playing badminton with 3 other mums.

When the driver approached the mum to speak about her son, she allegedly claimed that her little boy was playing nearby the whole time.

Realising that she hadn’t noticed her son straying to the road, the driver explained how he had almost hit the little boy.

What took him by surprise was the mum coolly brushing him and saying, “It’s okay.”

Her nonchalance upset him, so much so that he apparently “scolded her for being irresponsible”.

No matter how safe Singapore may be, there’s no saying where or when an unfortunate incident may happen.

Parents should therefore keep a close eye on young children, who especially have a tendency to get distracted by things around them.

Let’s keep our loved ones safe and not take anything for granted.