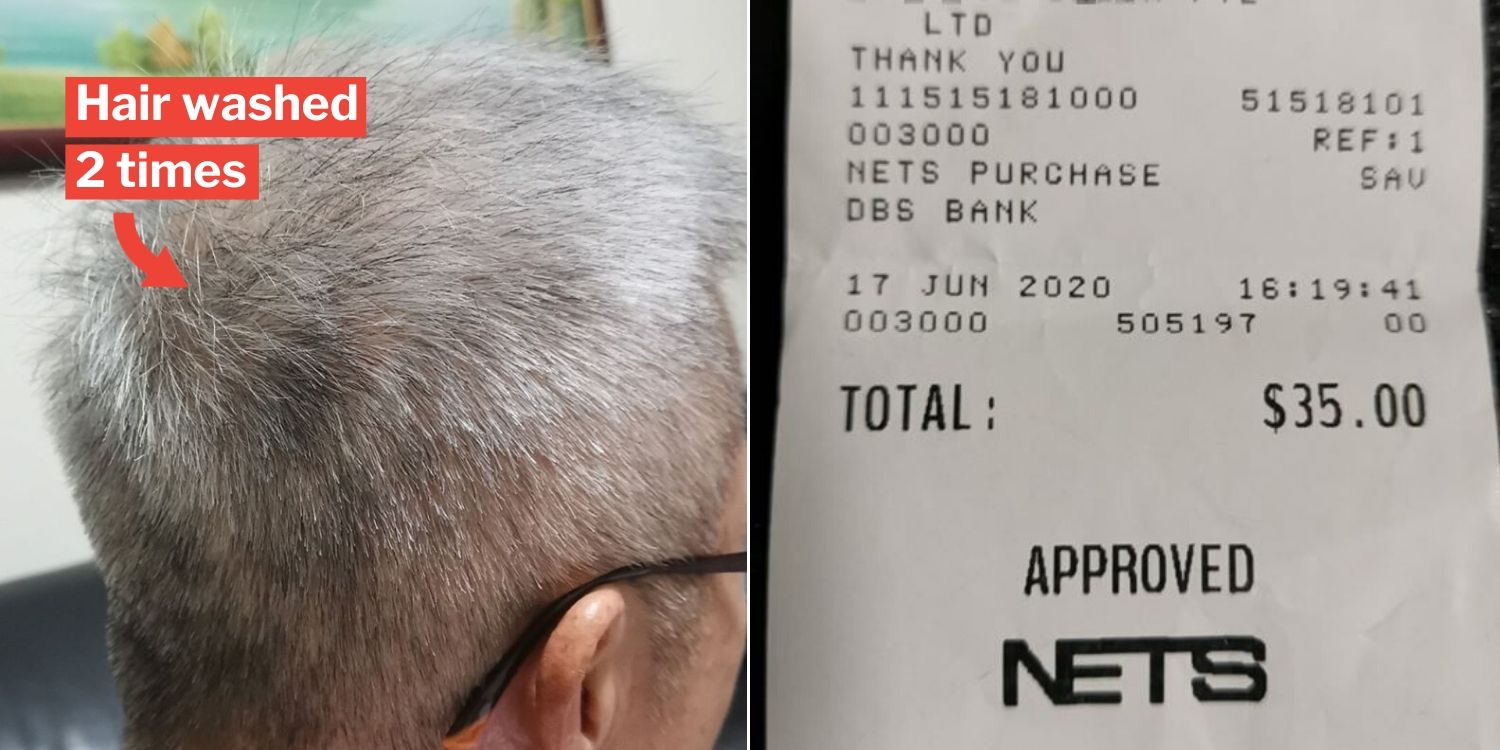 Daughter Says Father Given 2 Hair Washes He Didn’t Ask For, Was Told Hair Had Bacteria

When an elderly man was given a $3 voucher for a haircut, he may have thought that he was lucky to come across a bargain.

However it was apparently too good to be true — he allegedly ended up paying $35 for not just the haircut, but 2 hair washes that he didn’t ask for. 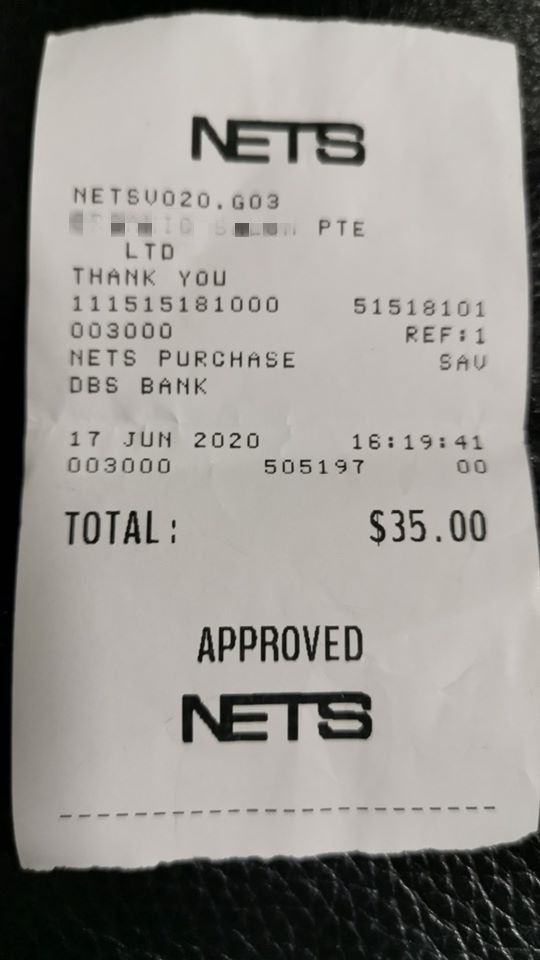 That’s what his daughter said in a Facebook post on Wednesday (17 Jun), warning netizens about the hair salon in Clementi that her father went to.

She also posted a conversation between the male hair stylist and her father. 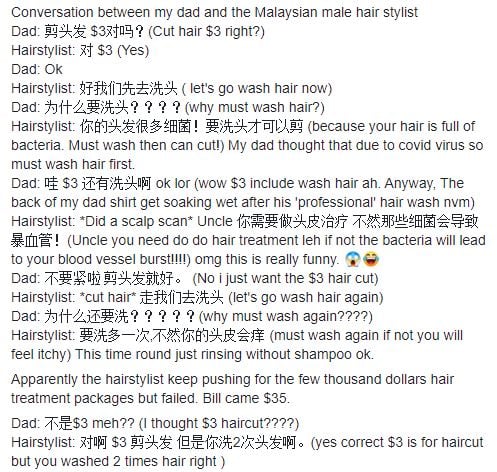 Normally, when men go for a haircut, we don’t have our hair washed before or after.

But according to the conversation she posted, the hairstylist allegedly wanted to wash her father’s hair because it was “full of bacteria”.

Her father went along with it, thinking that it was a rule to prevent the spread of Covid-19.

He also thought that the hair wash was included in the $3 price, according to the transcript of the conversation.

After the first hair wash, the hairstylist allegedly wasn’t content, and wanted to wash the elderly man’s hair a second time after the haircut.

The man was surprised, but the hairstylist allegedly insisted, saying his scalp would feel itchy.

The 2nd hair wash was done without shampoo.

Throughout the visit, the daughter said the hairstylist kept on promoting hair treatment packages. At one point, he even allegedly told her father that without hair treatment, the bacteria in his hair will lead to his blood vessels bursting.

Father was surprised at $35 bill

When the $35 bill came, the daughter said her father was surprised and questioned it.

But the hairstylist allegedly said that the bill included 2 hair washes too.

After paying, the elderly man was apparently “disappointed and upset”, and had an “uneven” haircut. 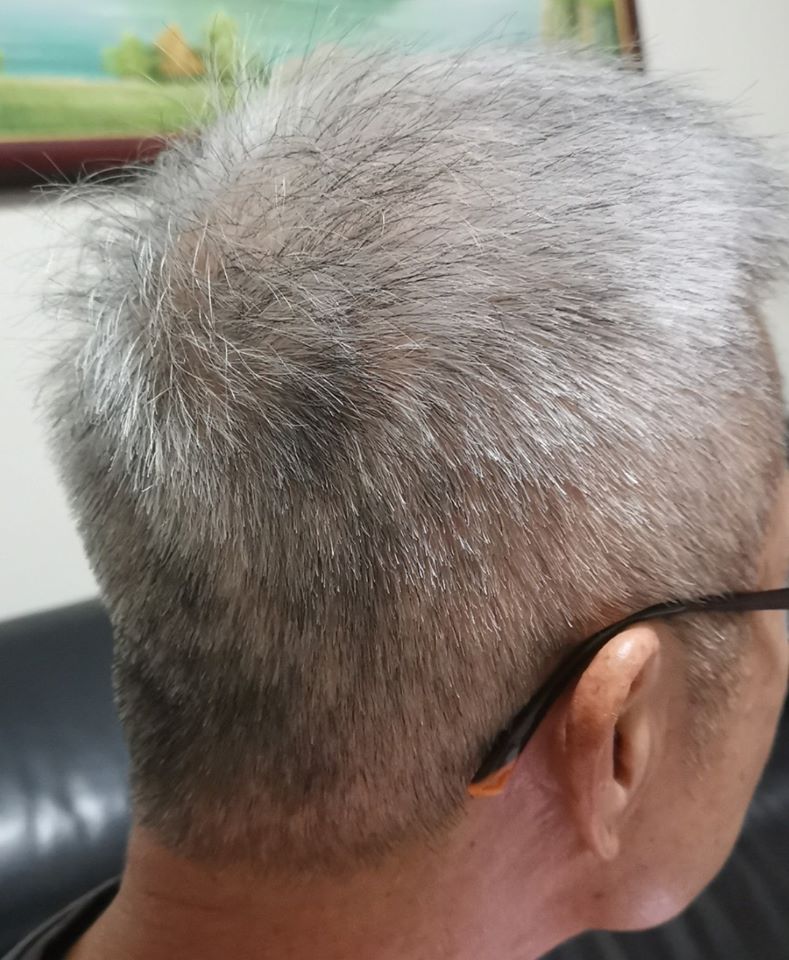 Another customer also has bad experiences

As the post went viral, the OP apparently also received a few long messages from somebody, detailing more bad experiences at the salon. 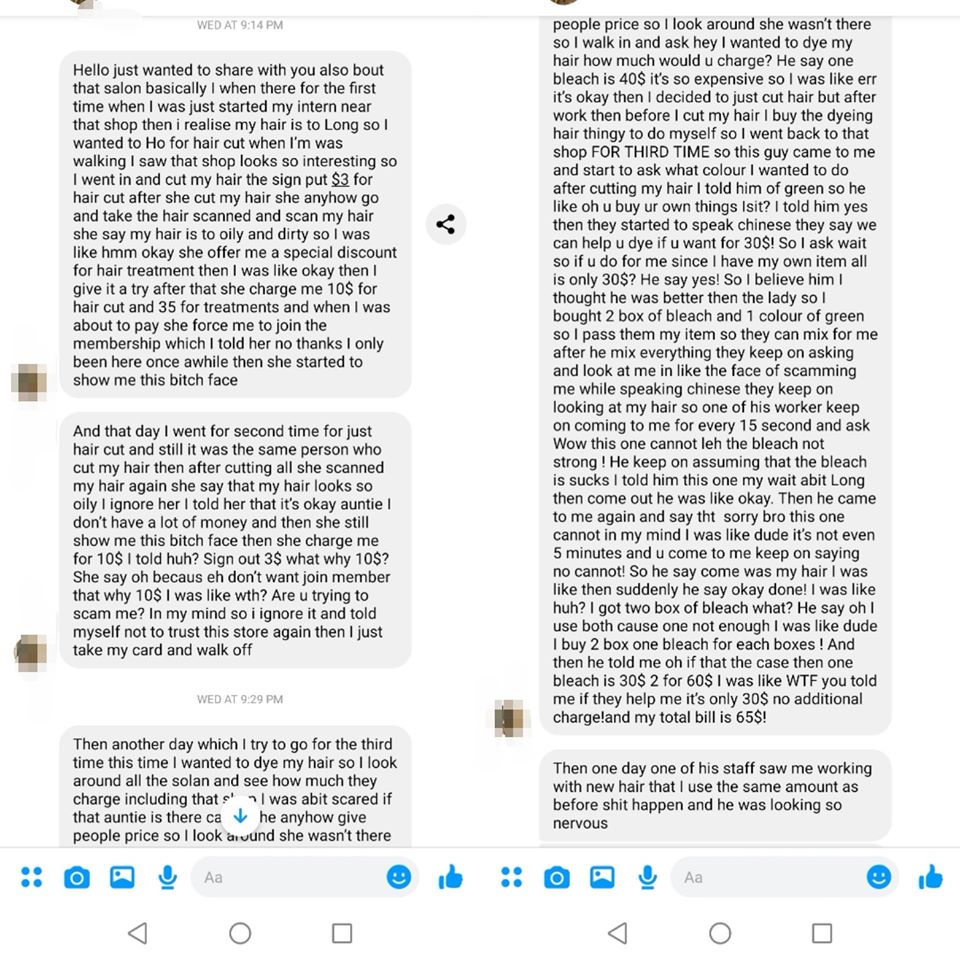 Apparently, this customer went to the same salon 3 times, and ended up paying more each time.

Others warn about other tactics by hair salons

In the comments on the netizens’ post, other netizens also warned about the salon, as well as other hair salons in Singapore that use similar tactics.

Other netizens told the OP to report the salon to the Consumers Association of Singapore (CASE), but she declined, saying that the intention of the post was just to warn other elderly people.

Your hair might have gone long and unwieldy during the ‘Circuit Breaker’ as hairdressing salons were closed, and now that Phase 2 is upon us, you’ll want to look good when you finally meet your friends and significant others.

But do beware that any promotions that you might see might be too good to be true.

Do stay safe while you’re out and about today. 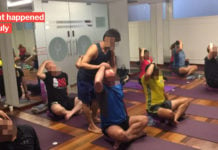