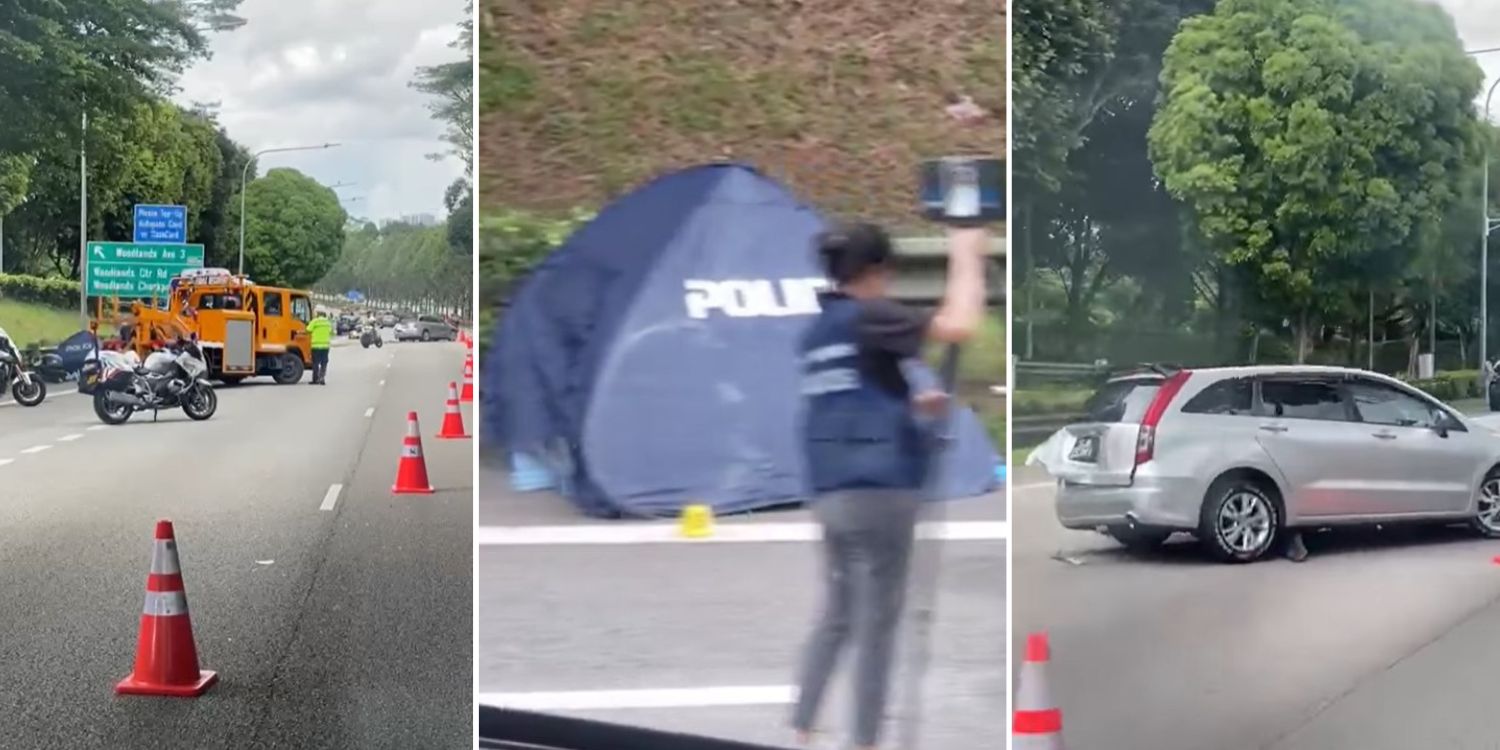 The incident occurred on the same day as another similar one on the SLE.

70-Year-Old Elderly Motorcyclist Involved In Accident With Car On BKE, Passes Away At The Scene

An elderly motorcyclist was involved in an accident with a car on the Bukit Timah Expressway on Saturday (3 Dec) afternoon.

Unfortunately, he passed away at the scene. The driver of the car has been arrested.

A video of the accident was shared in a post on Saturday (3 Dec) in the Malaysia-Singapore Border Crossers Facebook group.

It showed the aftermath of the accident, which from the road sign seen in the clip appeared to have taken place before the slip road to Woodlands Avenue 3.

The police had cordoned off the left-most two lanes of the road and police motorcycles, a Singapore Civil Defence Force (SCDF) ambulance and Expressway Monitoring and Advisory System (EMAS) vehicle were on the scene. 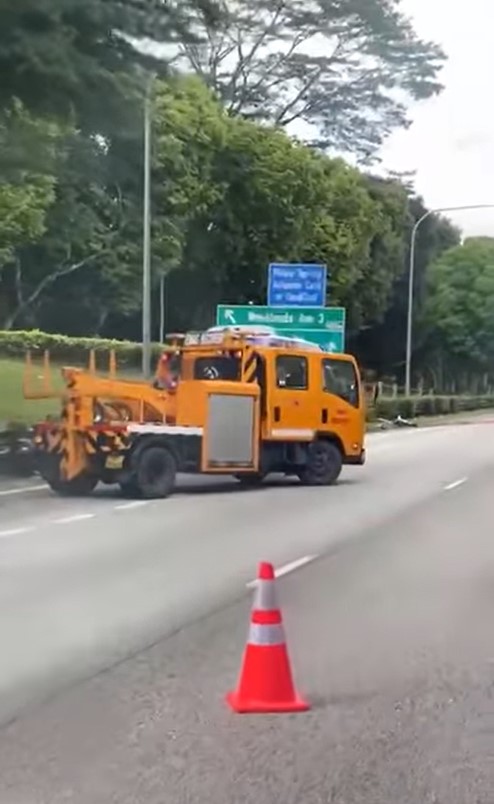 The dreaded police blue tent could also be seen at the side of the road.

As the video moved farther up the road, it revealed what appeared to be some twisted metal lying on the grass verge and a silver hatchback in the middle of the road with damage to the left side of its rear. 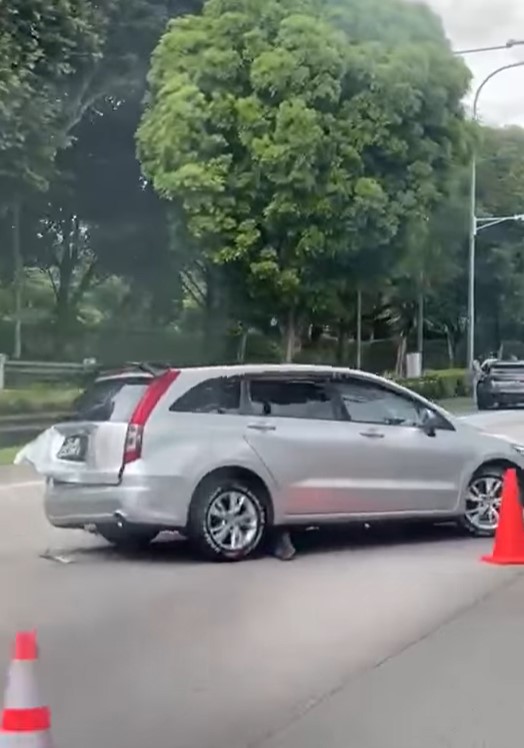 A second video posted to the group of the same scene seemed to have been taken before the SCDF arrived.

It had a clear view of the wrecked motorcycle resting in a heap by the side of the road. 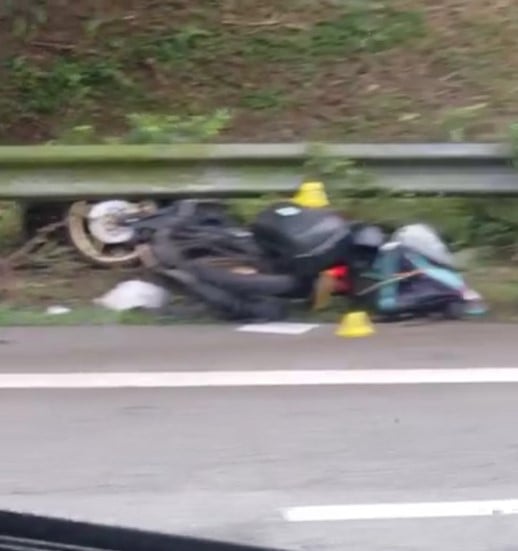 The blue police tent was right next to it, suggesting that the motorcyclist was thrown off his bike. 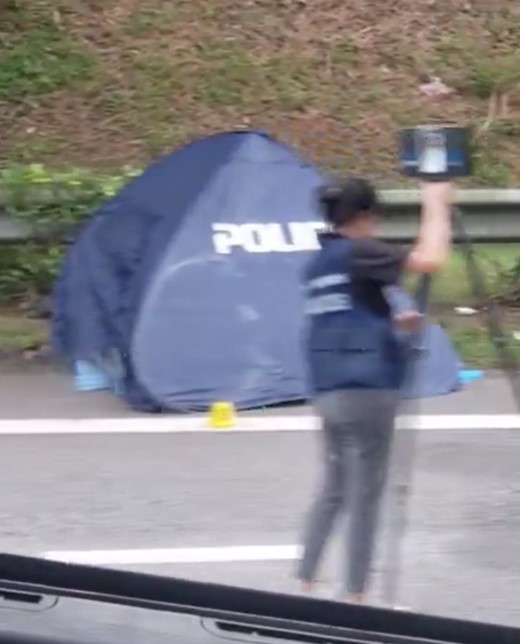 Farther up, the damaged silver car could be seen. 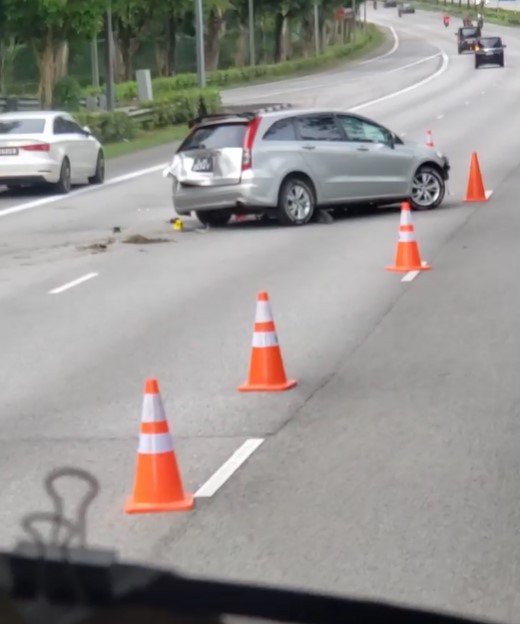 The accident caused a traffic jam on the BKE due to the lanes being closed.

The Land Transport Authority (LTA) posted on Twitter that the congestion stretched till the SLE exit.

The jam lasted till after 6.55pm, as the LTA was still warning of congestion at that time.

Motorcyclist was elderly, passes away from BKE accident

The police were alerted to the accident at about 2.55pm on Saturday, The Straits Times (ST) reported.

A 70-year-old male motorcyclist was subsequently pronounced dead at the scene by a paramedic.

As for the car, it had a 35-year-old female driver and six young passengers, aged from one to 25 years old.

They were all taken to Khoo Teck Puat Hospital (KTPH) in a conscious state.

The car driver was later arrested on suspicion of careless driving causing death.

Investigations are ongoing into the case.

Second accident in the area on Saturday

The BKE accident was the second accident reported in the area on Saturday (3 Dec).

Just over an hour later, an off-duty SBS bus captain was involved in an accident on the Seletar Expressway (SLE) along a slip road that leads to the BKE in the direction of Woodlands.

Thankfully, he appears to have survived and is getting medical treatment.

On 3 Oct, however, a 25-year-old motorcyclist passed away after an alleged hit-and-run accident on the BKE.

The driver of the car that allegedly hit him is reportedly still at large.