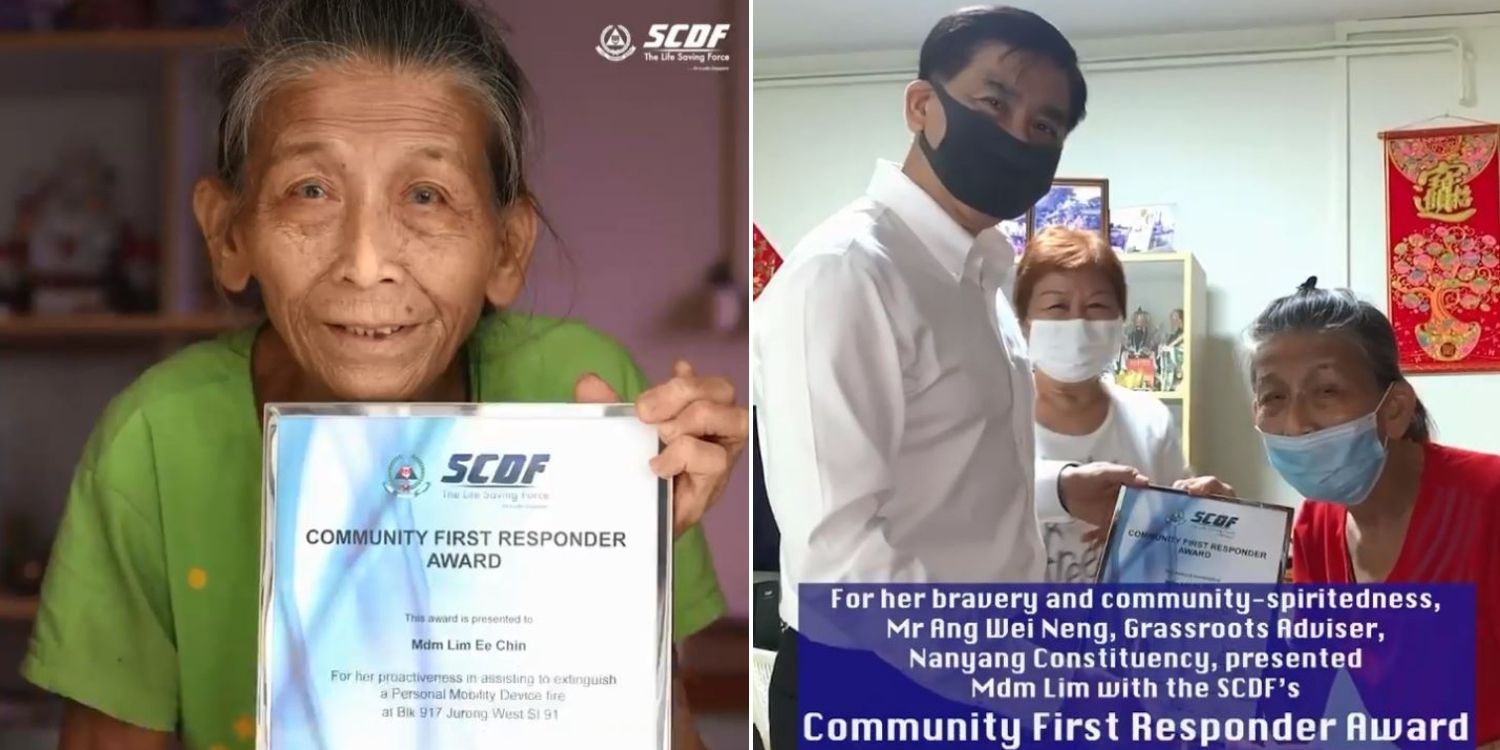 When one reaches a certain age, illness and aches may soon catch up with you, and you may think that you can’t really do anything of purpose.

However, just because you’re old doesn’t mean you can’t be a hero, as Madam Lim Ee Chin has proven.

The 81-year-old is well into her golden years, but still became a hero when she helped extinguish a fire that broke out in her block, potentially saving the lives of her neighbours.

For her valour, the Singapore Civil Defence Force (SCDF) even gave her a Community First Responder Award. 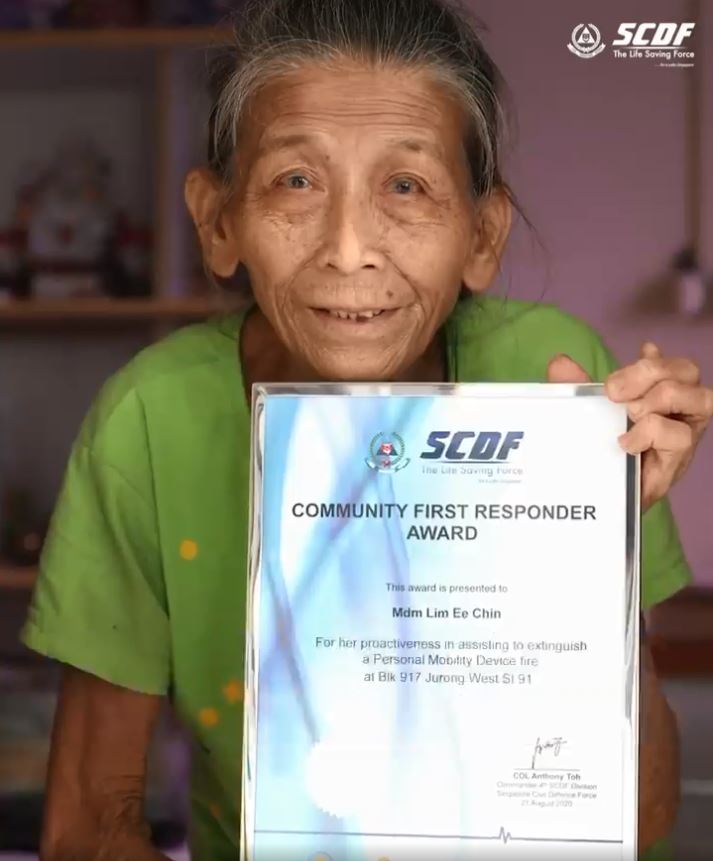 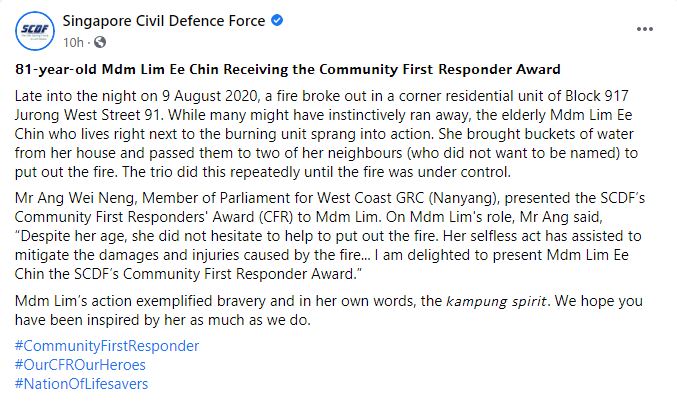 She brought buckets of water

When the fire broke out in Block 917, Jurong West Street 91 on National Day (9 Aug), many might have just tried to escape as far as they can. But Mdm Lim, who lived right next to the burning unit, didn’t do that.

Instead, she filled up buckets of water and passed them to 2 neighbours to put out the fire. The 3 of them managed to get the fire under control.

She was definitely scared

Speaking to the SCDF, Mdm Lim said she was definitely scared when the fire erupted.

That’s because, as she vividly recounted, the fire was raging.

However, it didn’t stop her from staying put and helping out. 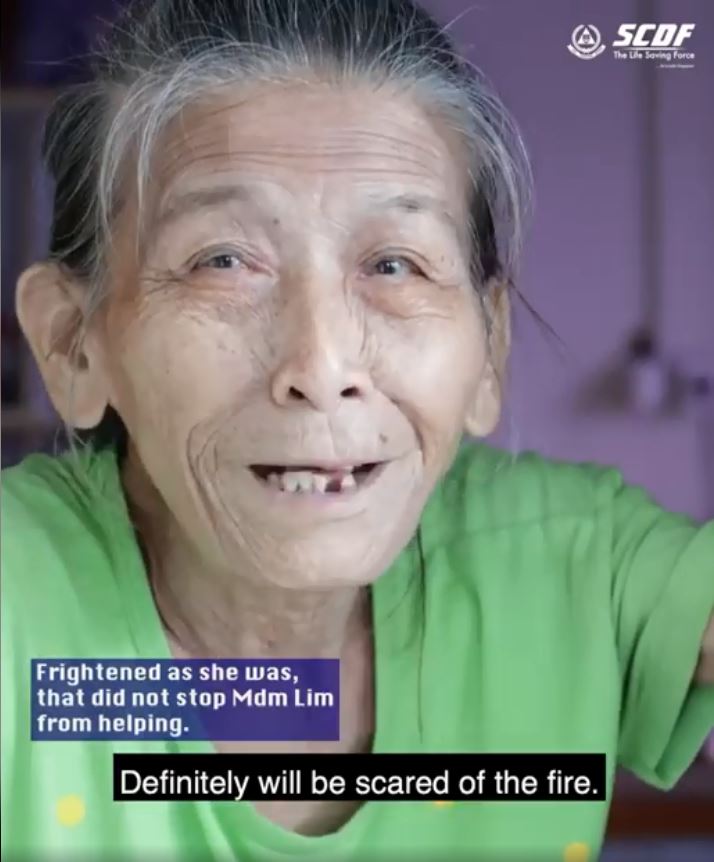 Nelson Mandela once said: “Courage is not the absence of fear, but the triumph over it.”

So for triumphing over her fear, and helping her community, Mdm Lim was awarded SCDF’s Community First Responder Award by Mr Ang Wei Neng, Member of Parliament for West Coast Group Representation Constituency. 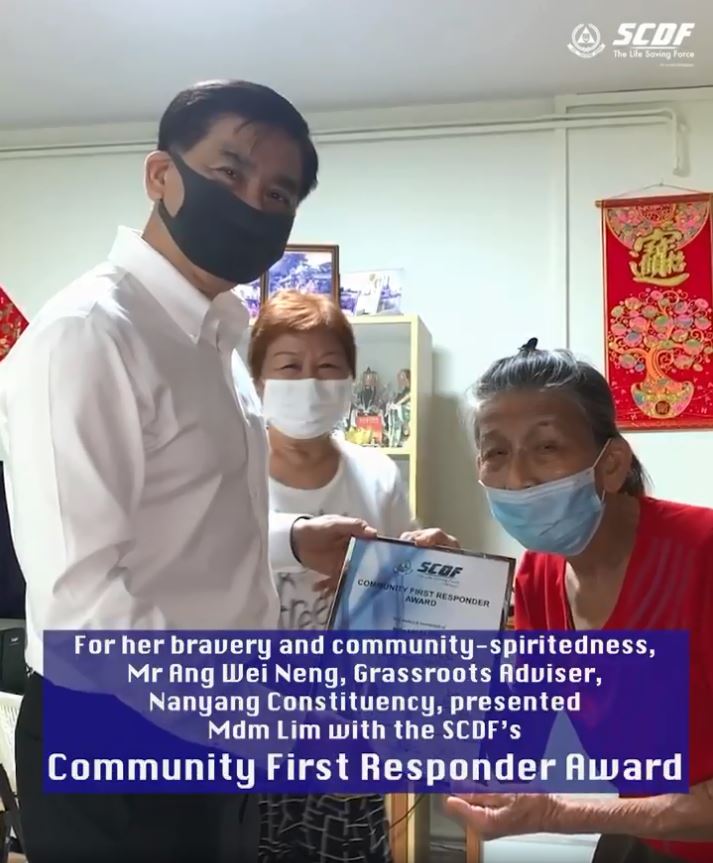 Asked whether she was happy to get the award, the jovial senior said she was.

In fact, she showed it her neighbour, and laughed when she said he accused her of being hao lian (showing off). 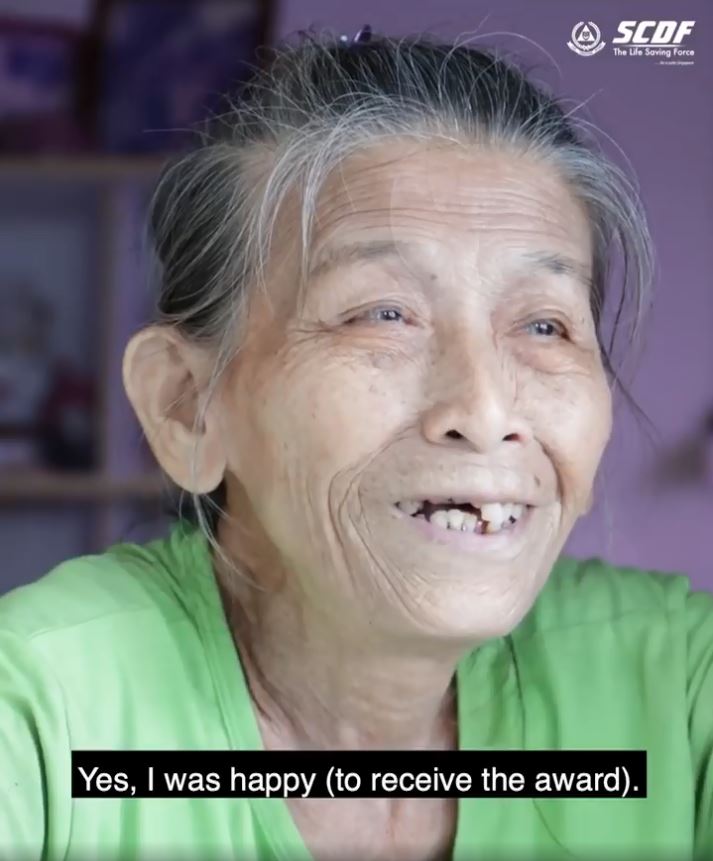 It’s good to know that the kampung spirit hasn’t entirely disappeared amid the hustle and bustle of modern Singapore life.

Congrats to Mdm Lim for a well-deserved award, and for showing that age isn’t a barrier from doing something meaningful.

Her smile and cheerfulness really brightens up one’s day, and it’s the dose of sunshine we need now amid trying times.

We wish many more good years ahead of bringing light into the lives of people in the community.

77-Year-Old Ah Ma Warns Neighbour Of Fire, Tells Them To Flee Despite Danger