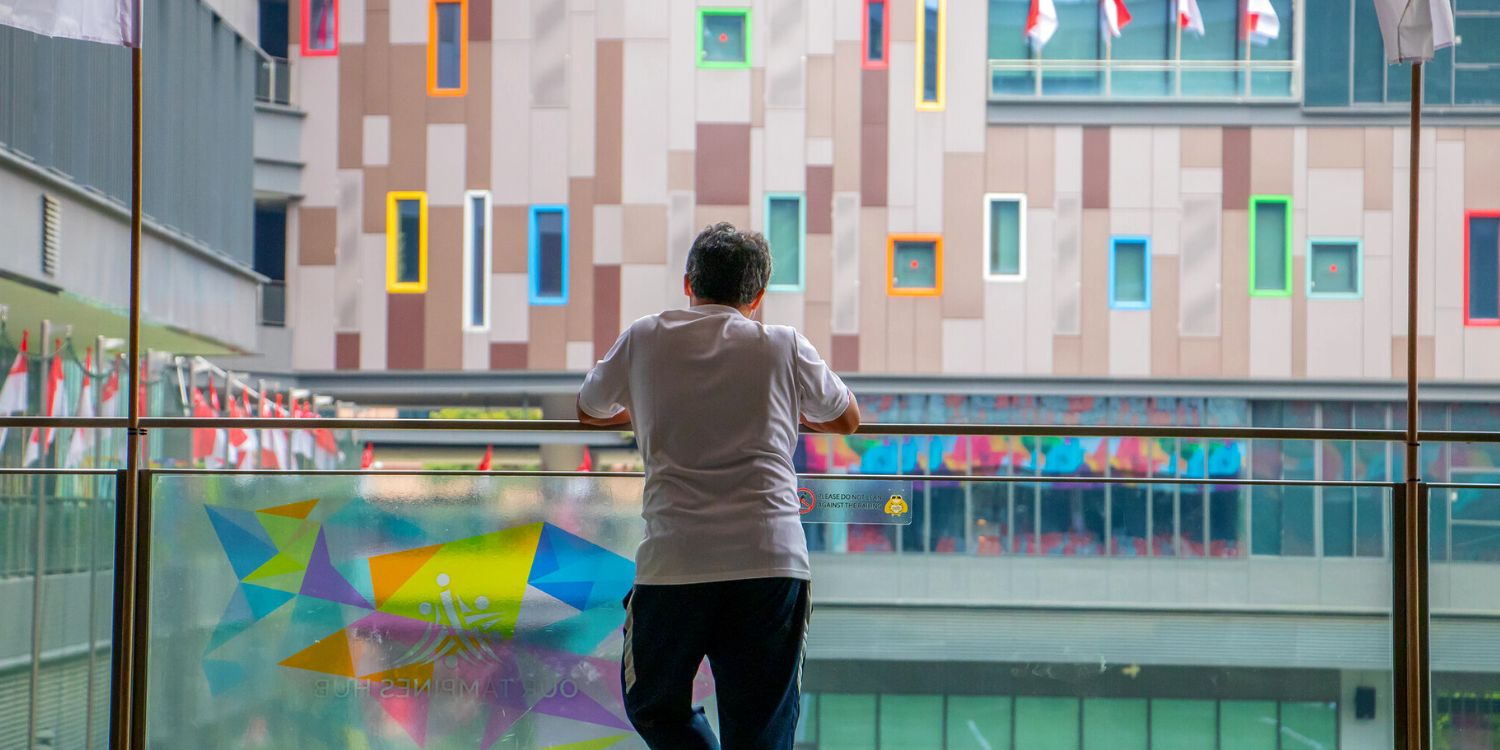 A familiar sinking feeling for most.

By now, the perception of the lifestyle in Singapore being a stressful one isn’t news, as the topic has surfaced many times before.

But a reflection by an elderly employee regarding this very topic went viral recently for its honesty and thought-provoking sentiment.

In a Reddit post, the 65-year-old man’s colleague recounted his thoughts about how life has no meaning after we spend most of it chasing something.

Listing various milestones that many of us want to achieve, he offered his perspective that once we’re in old age like him, we’d realise we hadn’t enjoyed life at all.

Elderly worker says lifestyle in Singapore is all about the chase

The original post first surfaced on the askSingapore subreddit under the title, “What’s the meaning of life in this fast-paced Singapore for you?” 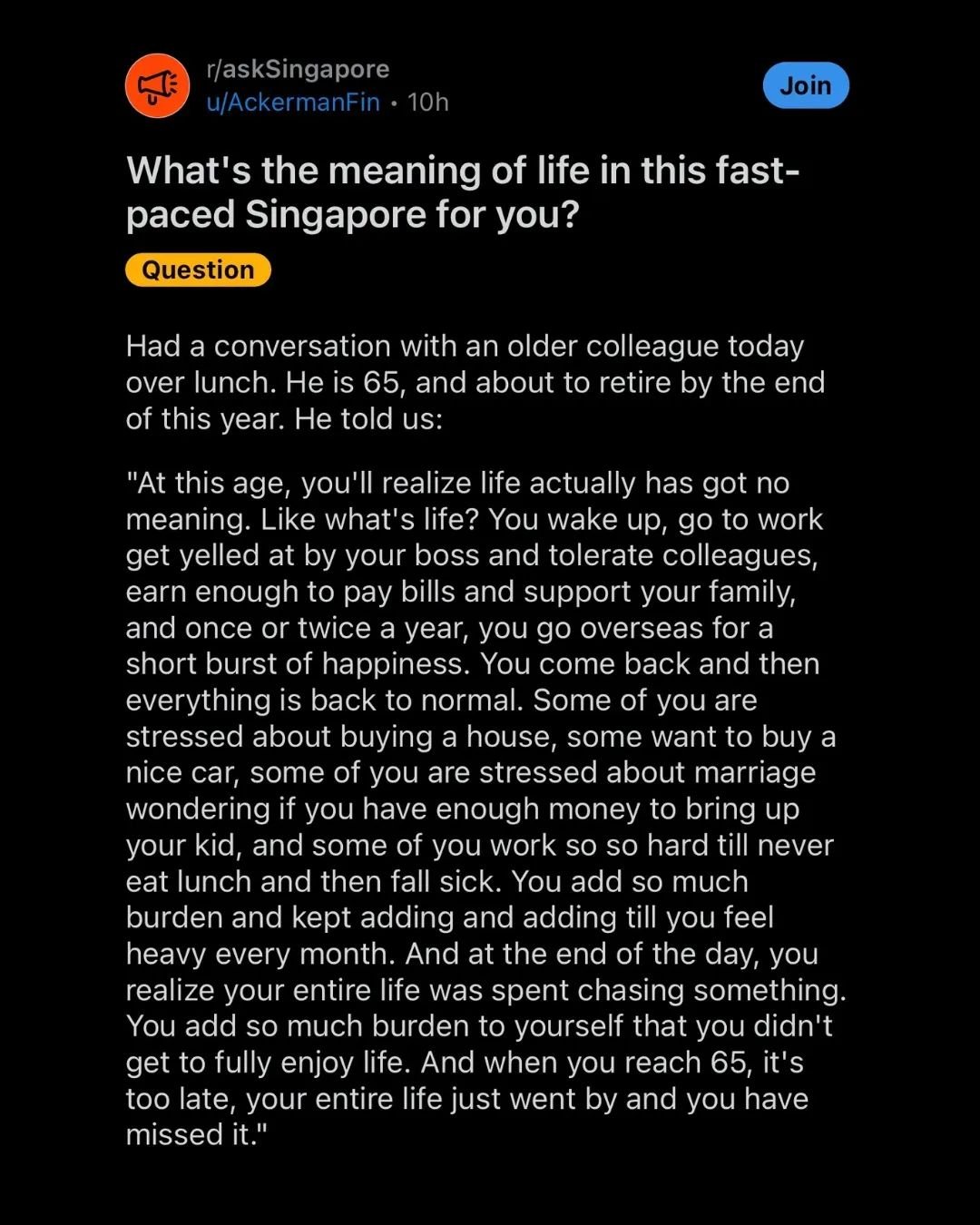 In the post, the OP shared that they had a conversation with an older colleague over lunch.

The latter, who was due to retire by the end of the year, started by sharing his realisation that life has no meaning.

Explaining what he meant, the 65-year-old listed what he thinks life is — waking up, going to work, getting yelled at by our bosses, tolerating colleagues, earning enough to pay our bills, supporting our family and going on vacations, only to return to the same routine.

Draining regime aside,, he adds that life’s stresses such as buying a house, earning enough to raise a kid, getting a nice car and marriage, only help to make one feel heavy every month.

Piling one burden on another, he says that all these factors make up an endless chase, and by the time he realised it, 65 years had passed.

This story seemed to strike a chord with netizens if the comments on Wake Up, Singapore’s Facebook repost of the story is anything to go by.

One person inferred that we should prioritise relationships and participate in activities instead of chasing wealth.

One comment suggested that a meaningful life may not necessarily equate to a happy life. Unlike the elderly employee, she expressed her hope that she would see “the good in the things in her (my) life instead” at his age. 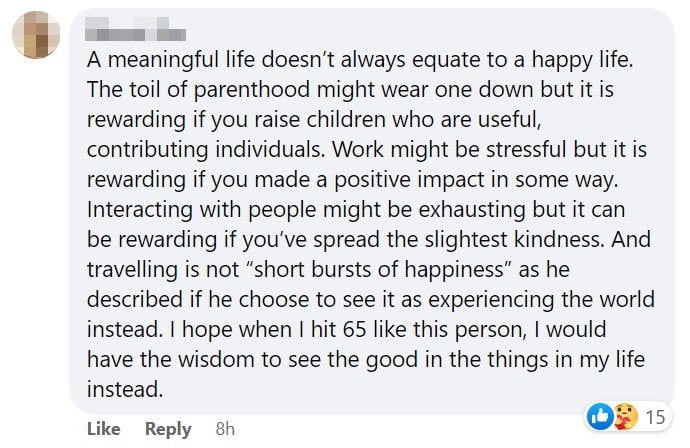 While elderly worker’s reflection may seem sorrowful, this netizen suggests that life is how you perceive it.

No matter the case, the post has prompted many people to reflect on their own lives.

Despite the various responses to the post, many of us can probably relate to the elderly man’s points to some extent.

Instead of letting such thoughts overwhelm us, perhaps the post can serve as a reminder for us to reconsider how we want to lead our lives.

Hopefully, learning from the experience of someone older can inspire us to make the changes we need.

Featured image adapted from Nakanishi Shoi on Flickr. Image for illustration purposes only.