Father In Greenridge Crescent Tragedy Charged With Murder On 24 Jan

Singapore was saddened and shaken by the tragic deaths of 11-year-old twin siblings and the subsequent arrest of their father.

On Monday (24 Jan), the father, Xavier Yap, appeared in court via video link.

He was charged with the murder of one of his sons at the canal at Greenridge Crescent on 21 Jan.

Father charged with murder of son

Appearing in district court via video link on Monday (24 Jan) morning, Yap was charged with the murder of one of his 11-year-old sons, reported Channel NewsAsia (CNA).

It is an offence that carries the death penalty.

He was accused of committing the murder at the covered canal at Greenridge Crescent on 21 Jan between 4.23pm and 6.25pm.

According to charge sheets from the court hearing, Yap was only charged with the murder of one son.

CNA reported that 48-year-old Yap was expressionless as he listened to proceedings.

The police prosecutor asked for Yap to be remanded for a week. This is to assist with investigations that require him to visit scenes and recover exhibits.

According to The Straits Times (ST), Yap’s lawyer Mr Anil Singh Sandhu, shared with the court that the family is currently dealing with the loss of the 2 young boys.

He asked members of the media, which has been actively reporting the case, to give the family space and privacy to grieve.

When asked by the judge if he had any questions, Yap said he had none.

Yap’s case will be addressed in court again on 31 Jan.

Officers arrived to find his 2 sons lying motionless in the nearby canal that cuts across the playground. The area is a private housing estate with terraces and semi-detached houses.

The 11-year-olds were later pronounced dead at the scene by a paramedic.

According to ST, the twins have special needs and are students of a school in the nearby Eng Kong estate.

The incident then led to a search in the forested area next to the playground near Toh Tuck Road. 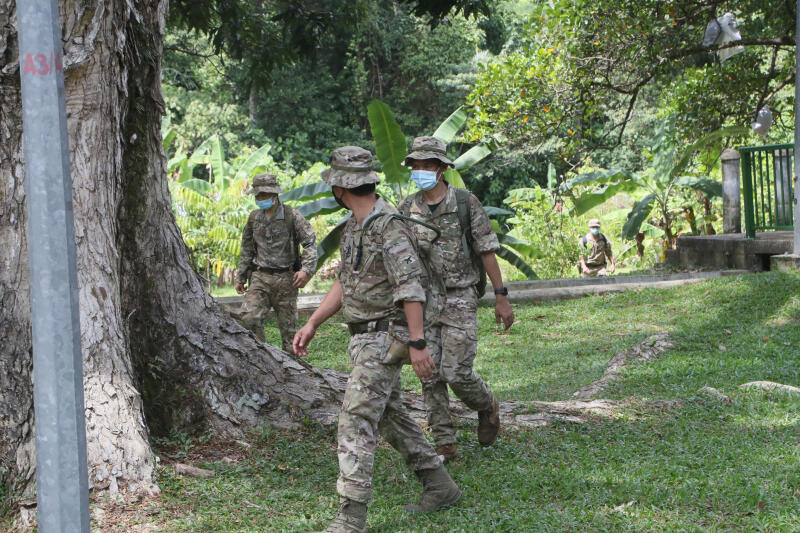 Heavy police presence was observed, including the Gurkha contingency as well as the police’s K-9 unit. On Saturday (22 Jan) night, the police arrested Yap after following up on all possible leads.

Hope family will get closure as investigations reveal more info

Many questions are still left unanswered in this incredibly tragic incident that has gripped our nation.

Hopefully, as court proceedings continue in the days to come, more answers will come our way and offer closure for the family, even while they grieve.

In the meantime, it’s best not to speculate and grant the family space in such a difficult time.