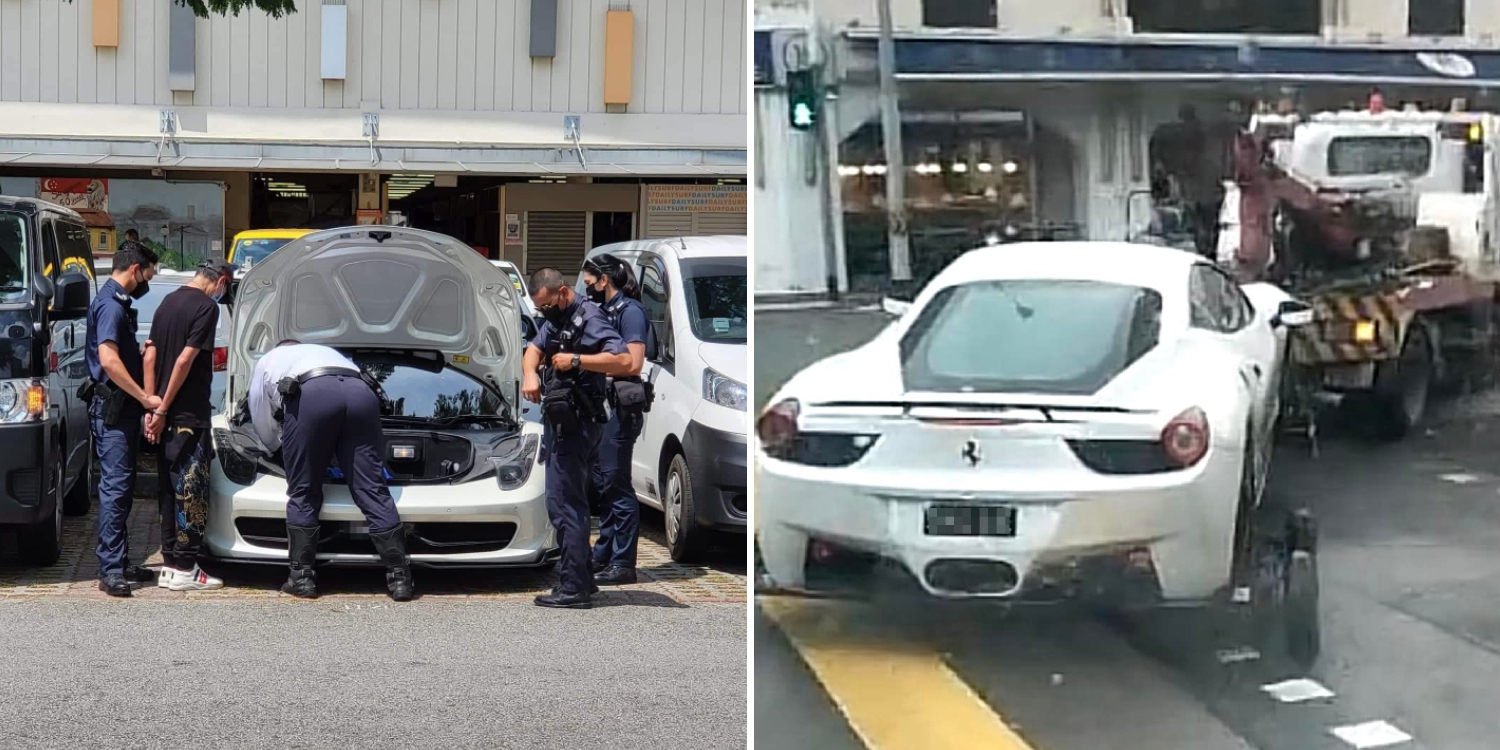 Illegal drugs were reportedly found in a container in the car.

We are often warned of the dangers of driving under the influence, and for good reason. When one isn’t fully focused on the road, accidents can happen.

On Tuesday (28 Jun) morning, a Ferrari was involved in an accident at a carpark along North Bridge Road.

Police later arrived at the scene, and police dogs were deployed. 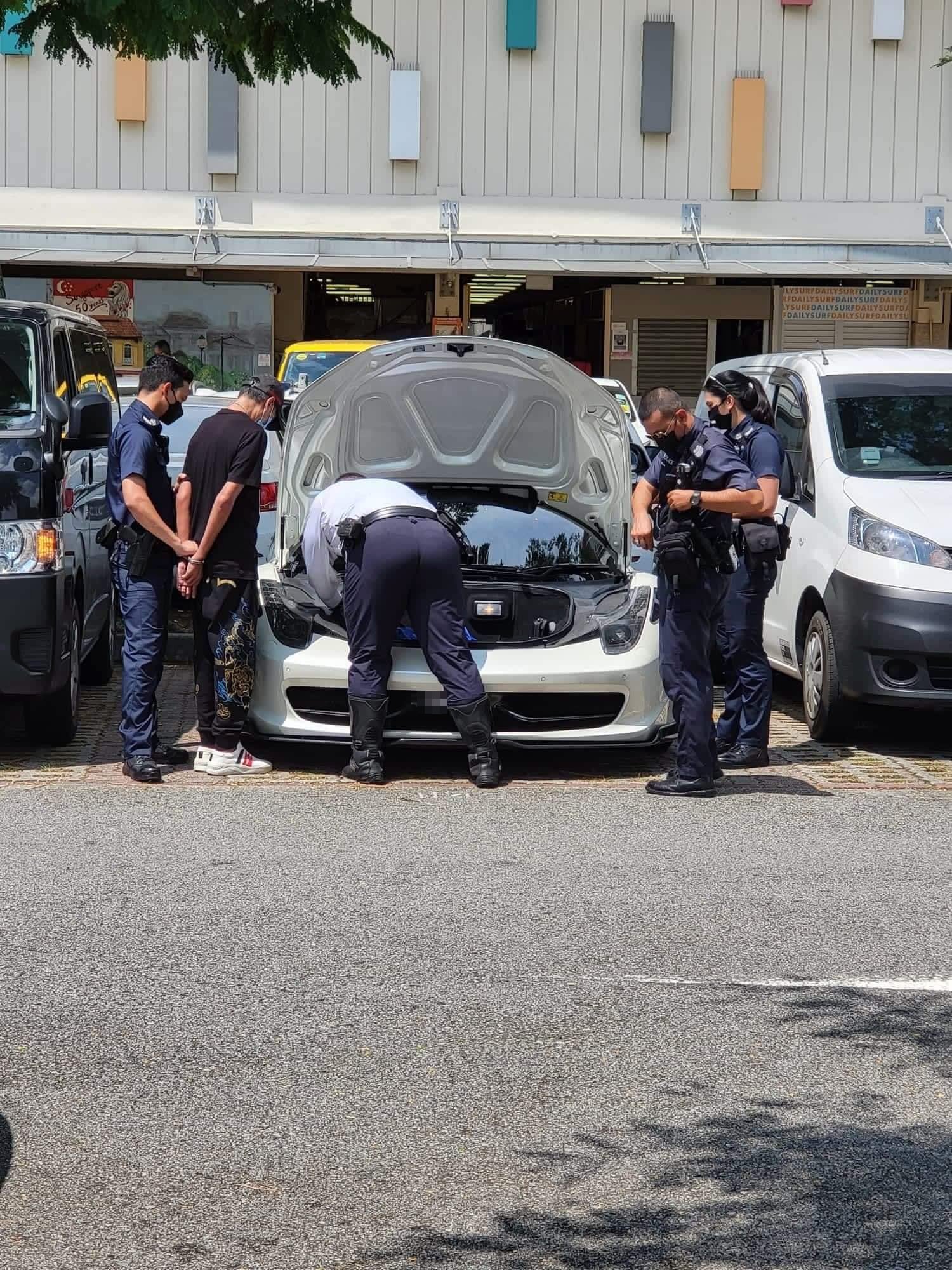 The 48-year-old male driver was later arrested on suspicion of drug-related offences.

According to Lianhe Zaobao, an accident involving two cars occurred at a North Bridge Road carpark at about 11.20am on 28 Jun.

Photos of the incident on Facebook show that the white Ferrari was one of the affected cars.

A male driver, dressed in black and wearing a cap, appeared to be handcuffed next to his car as police searched the Ferrari’s bonnet. 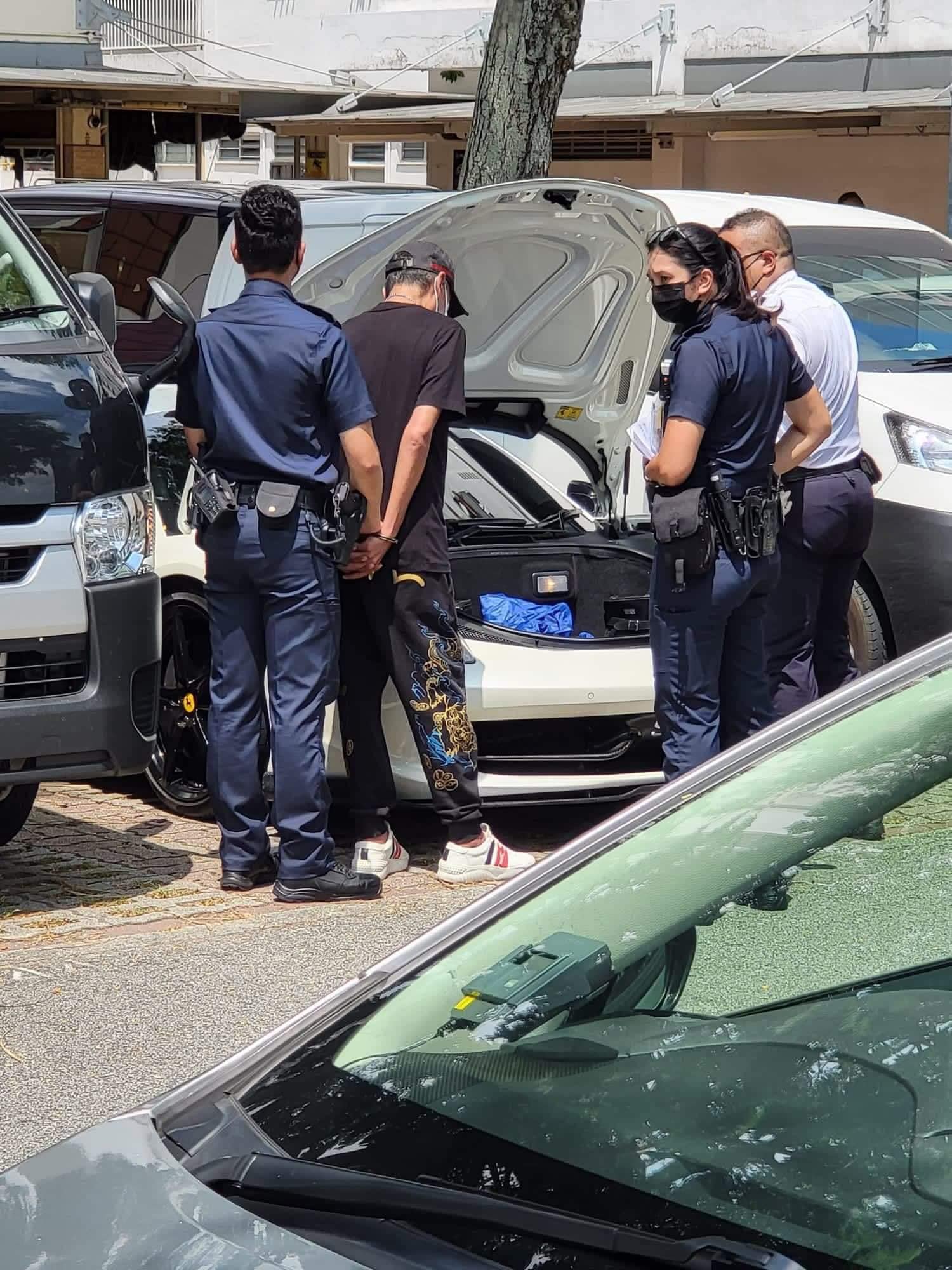 According to Lianhe Zaobao, police dogs detected what was believed to be prohibited drugs in a container. 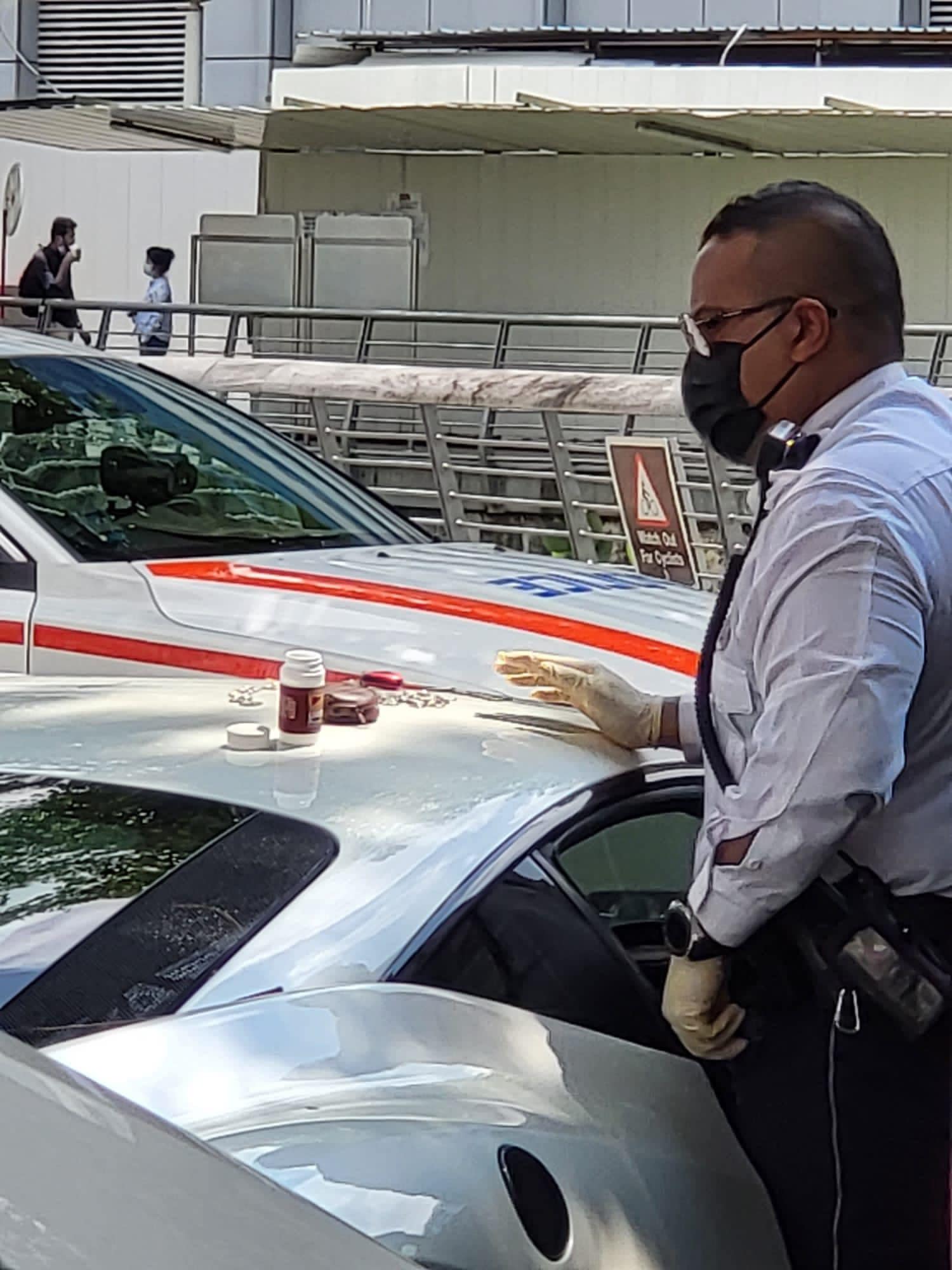 Ferrari towed away from Lavender carpark

The police said they received a report of the accident involving two cars at Block 10 North Bridge Road at around 11.23am on 28 Jun.

According to Lianhe Zaobao, a 48-year-old driver suspected of drug-related offences was arrested by the police.

It is believed to be a minor accident as there were no noticeable scratches on the sports car. But it was later towed away. 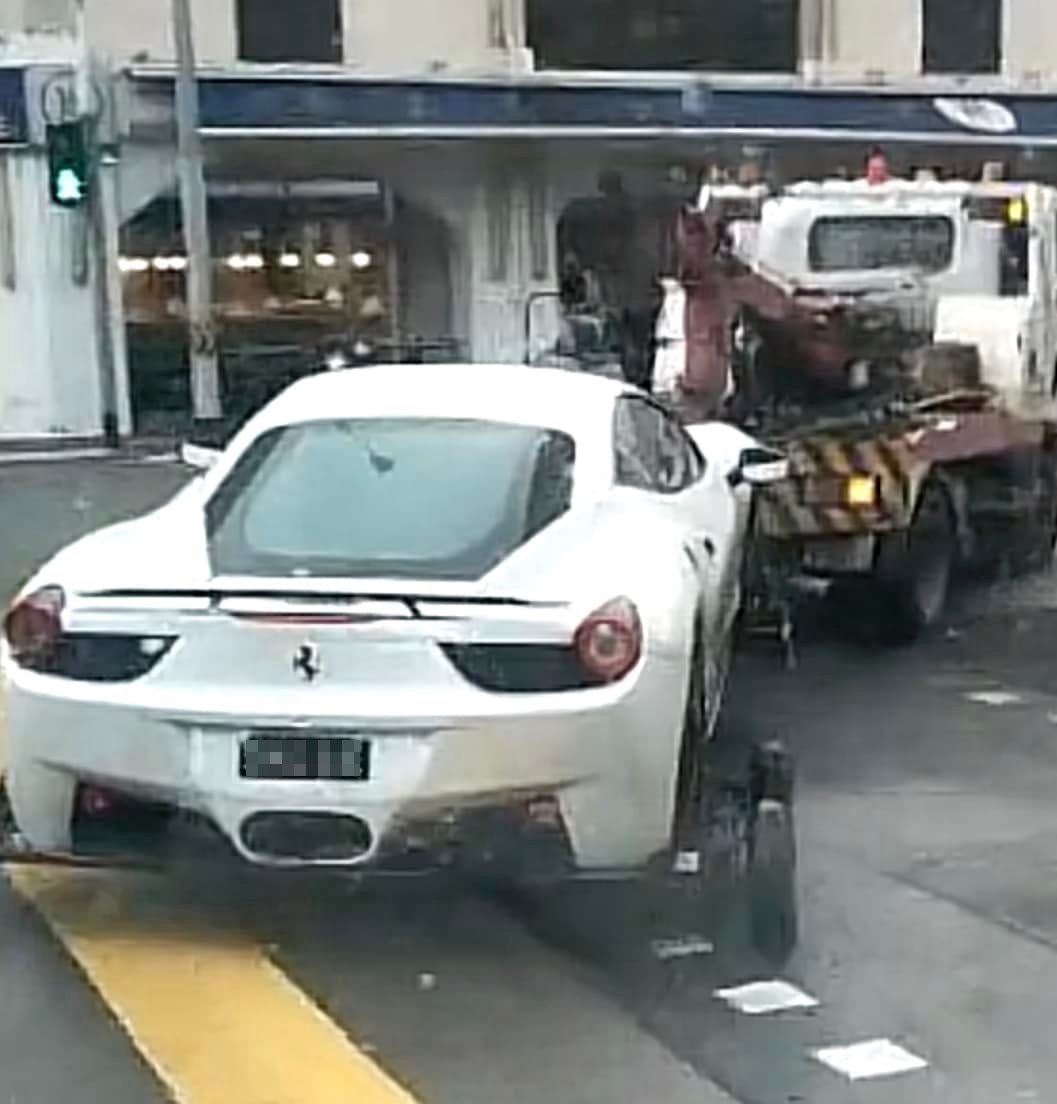 No injuries were reported, and police investigations are ongoing.

A quick check on the OneMotoring website shows that the Ferrari’s road tax had expired on 28 Jan 2022. This means the vehicle should not have been used on public roads.

Never drive under the influence

It is still unclear what led to the car accident in the first place or what was found in the sports car.

Nonetheless, this incident is a reminder to all motorists of the dangers of driving under the influence.

Thankfully, in this case, sharp-eyed police officers managed to identify the signs and stop the driver before a more serious accident occurred.