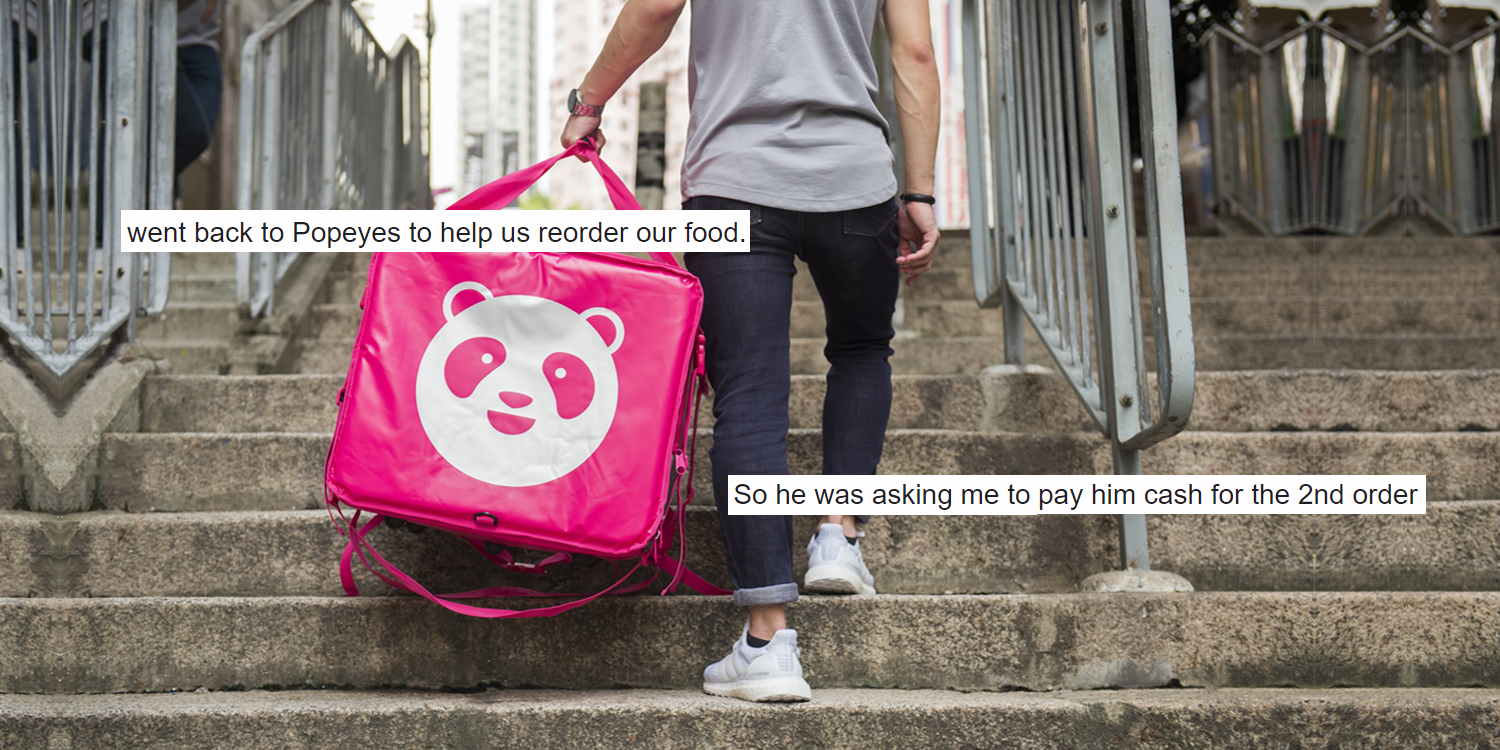 Once again, the rule is, don't hand over money immediately.

FoodPanda Rider Claimed To Have Been In An Accident

People desperate for money will think of all ways to pinch a little extra from an unknowing customer. For Ms Jasmine Tan, she was duped into believing that her FoodPanda delivery rider had gotten into an accident.

And because the food packaging was destroyed as a result, the rider claimed he had to circle around and make the purchase again.

He then asked for a repeat cash payment of $34 from Ms Tan, saying that she will be reimbursed in a few days by FoodPanda. She had earlier paid that amount through the FoodPanda app.

All this happened on Wednesday night (3 Jul).

Driver was late & showed up limping

The food was set to be delivered at 7.30pm to Ms Tan’s house at Punggol. But the rider only arrived at 8.15pm, limping and with some “scrap blood” on his knees.

He told Ms Tan that he had gotten into an accident — a car had knocked him off his e-scooter. Since the food packaging was badly damaged, he allegedly went back to the restaurant re-ordered the food.

He then asked Ms Tan for a cash payment of the same amount, $34, and said FoodPanda will reimburse her in a few days.

But she said she didn’t think much of it as her children were all hungry and she just wanted the food quickly.

When Ms Tan asked FoodPanda’s chatline about the double payment, the person on the other end told her that the rider had denied receiving any money.

That was when she knew something was up, and immediately hurried down to the nearest police station to file a report. 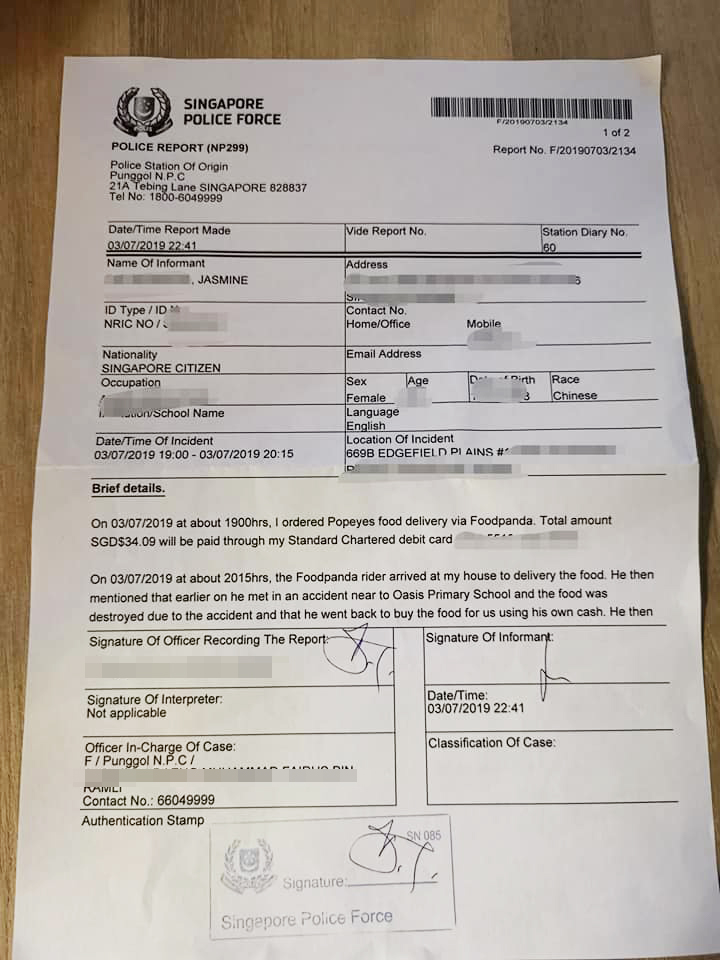 Others got duped as well

Apparently, Ms Tan wasn’t the only one getting charged extra for her meal deliveries. 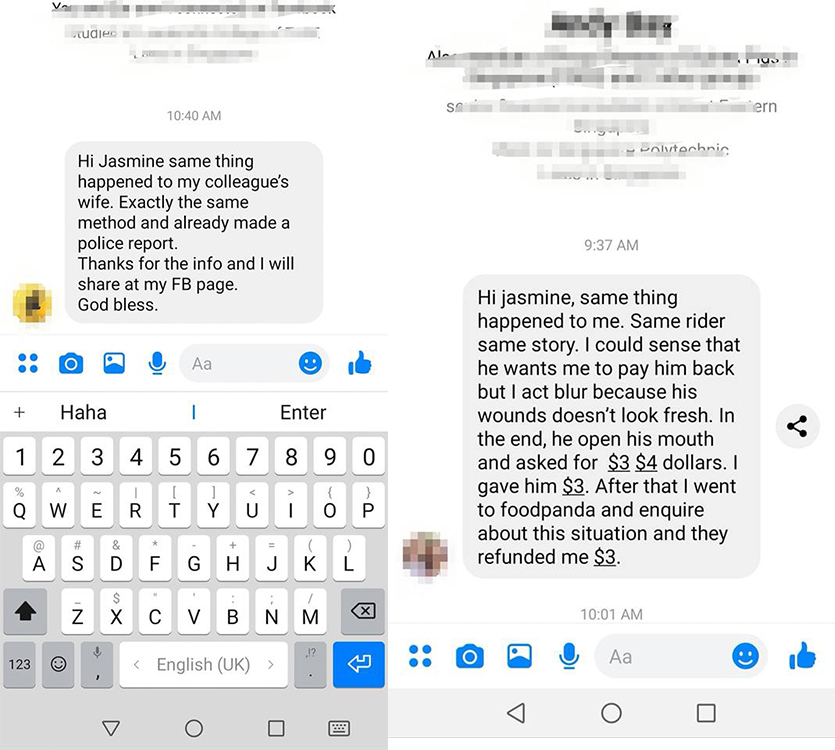 Ms Tan took the opportunity to warn others who are living in Punggol as well to keep an eye out for the rider.

She described him as:

The next time a food delivery rider tells you a sob story and asks for extra money, don’t give it to him immediately. Tell him to inform the company and ask for compensation instead.