The rider was also the owner of the food outlet the lady ordered from.

Foodpanda Delivery Rider Reveals He Is Landlord Of Lady

Despite bringing convenience to their customers, some food delivery riders have to deal with difficult customers from time to time.

Recently, a foodpanda delivery rider took to Facebook to complain about a customer who repeatedly made orders before cancelling them.

The man explained it was not only a hassle for the riders but that the food outlet in question will only receive 30% of the cancelled bill.

But that’s not all. In the mother of all plot twists, the rider revealed that he was actually the lady’s landlord.

On Monday (22 Nov), a foodpanda rider shared about a rather frustrating customer he encountered.

Upon queries from MS News, the OP mentioned he was a “coffeeshop owner, stall owner, waiter and cook”.

Everything started when the lady first ordered from the stall on 25 Oct.

Despite the food being delivered, foodpanda allegedly cancelled the payment after the customer complained that she did not receive the food. The cancellation request was made 28 hours after the order was placed. Upon reaching the lady’s address, the rider tried to call her but did not manage to get through.

Thankfully, the rider had lobby and gate access to the unit and was able to knock on the lady’s door.

The rider made another attempt to call her and was successful this time — the lady instructed him to hang the food at the door.

While waiting for the lady to show up, the rider took a video, presumably as proof of the delivery.

The rider left after 10 minutes as the lady did not emerge from her apartment.

Foodpanda delivery rider turns out to be customer’s landlord

On Sunday (21 Nov), the same lady placed a pre-order at the stall.

According to the post, the pre-order was made at 9.06pm with the pickup time set at 9.46pm. 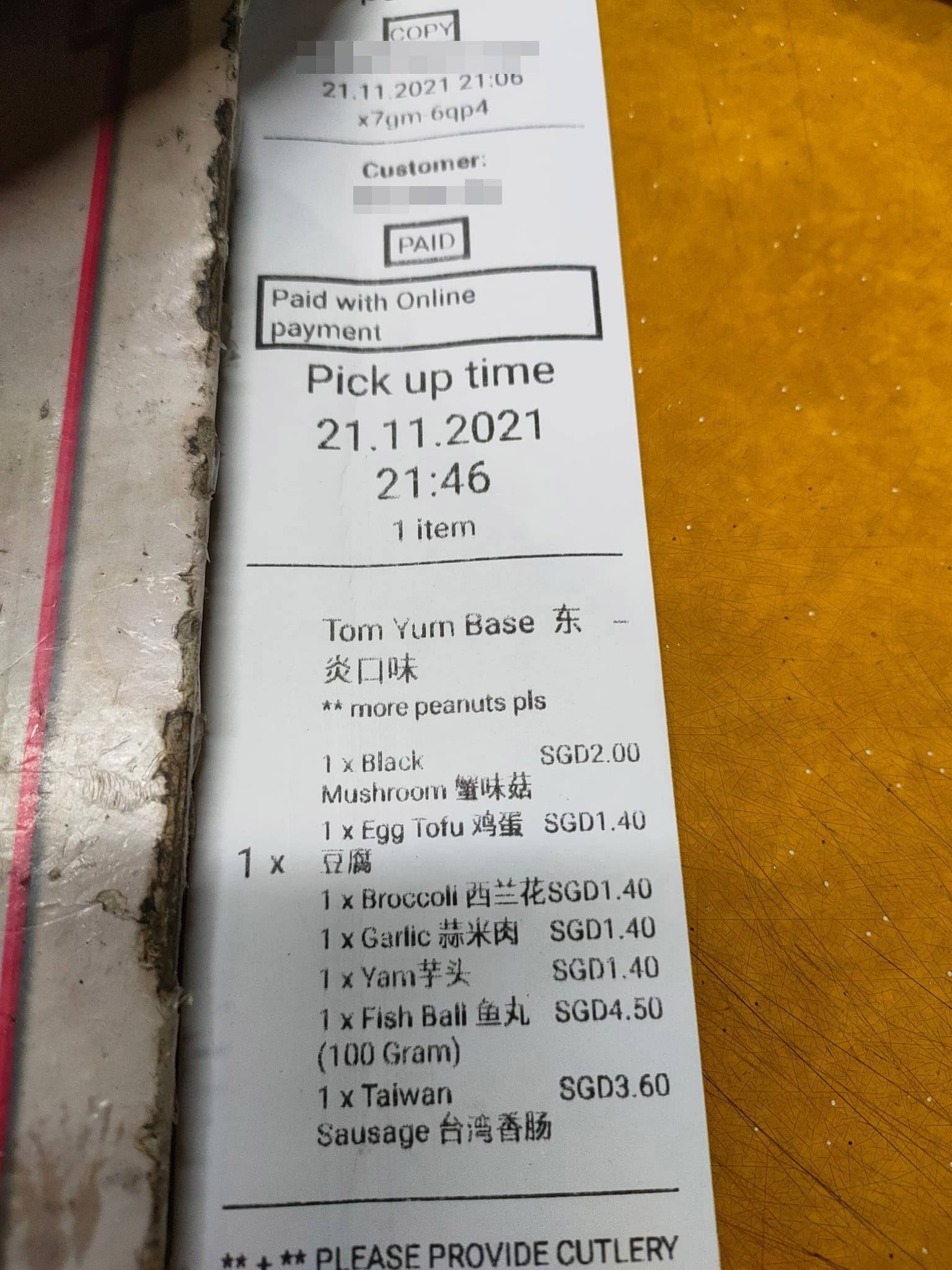 Since the man’s employees remembered the lady’s name, they quickly rushed her food out.

However, the lady cancelled the order at 9.48pm, apparently claiming that she had waited for too long — her pick-up timing was set at 9.46pm, a mere 2 minutes earlier. 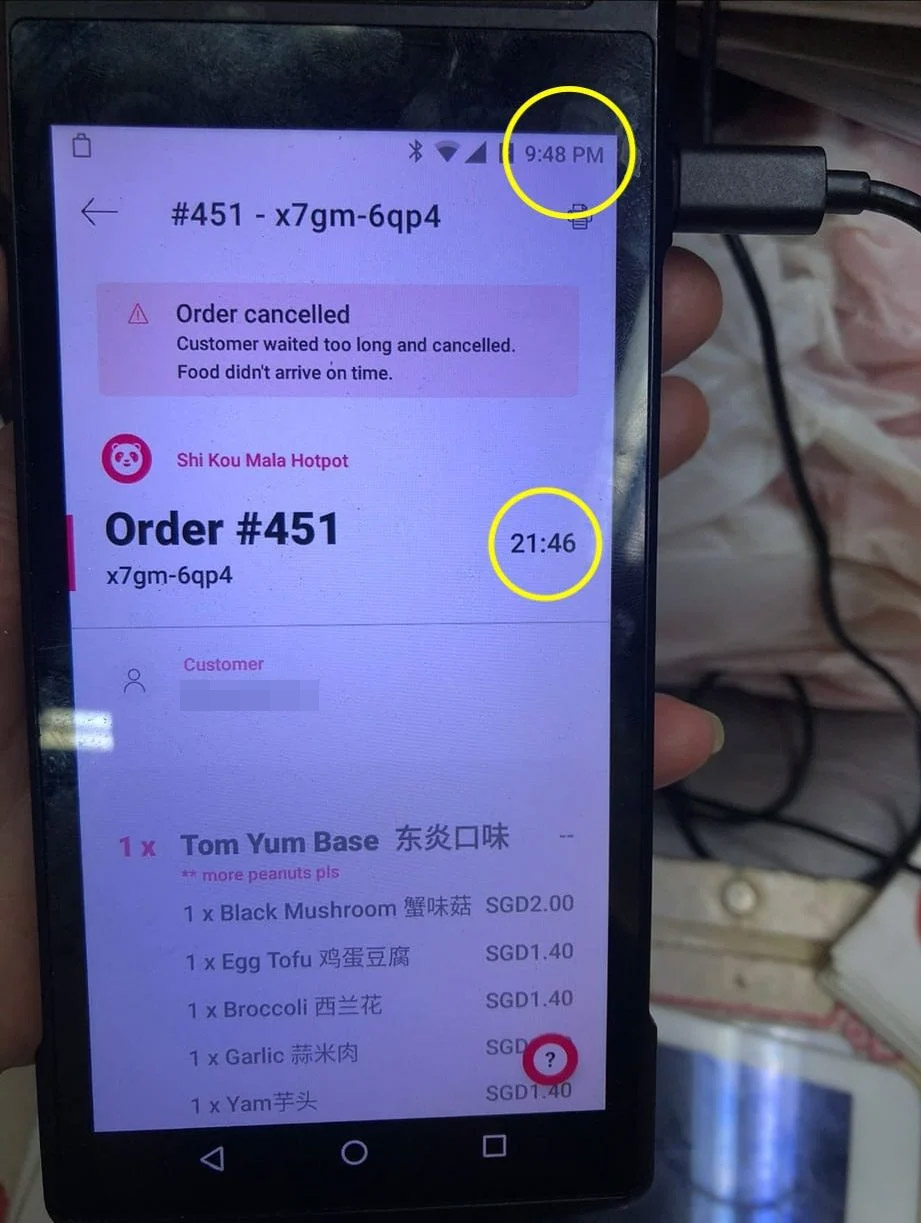 Seeing that the customer had cancelled on them, the employees quickly informed the rider.

This was the last straw for the stall owner as the lady was behaving in an unreasonable manner.

He mentioned that the outlet no longer wants to serve the lady and will give her an empty box should she order again.

The rider also explained that food outlets are only paid 30% every time a customer cancels on them.

Turns out, the OP, AKA the food delivery rider and stall owner was apparently the landlord of the apartment the lady was staying at.

He also shared his intention to paste a printed copy of the Facebook post on the apartment door, and said the tenant could move out if she’s unhappy about it.

MS News has reached out to foodpanda for comments and will update the article accordingly when they get back.

This was certainly an unforeseen plot twist — who would’ve thought the foodpanda delivery rider was both the owner of the outlet and the customer’s landlord.

Perhaps this acts as a reminder for customers to be more considerate of both food delivery riders and outlets as they never know who may be serving them.