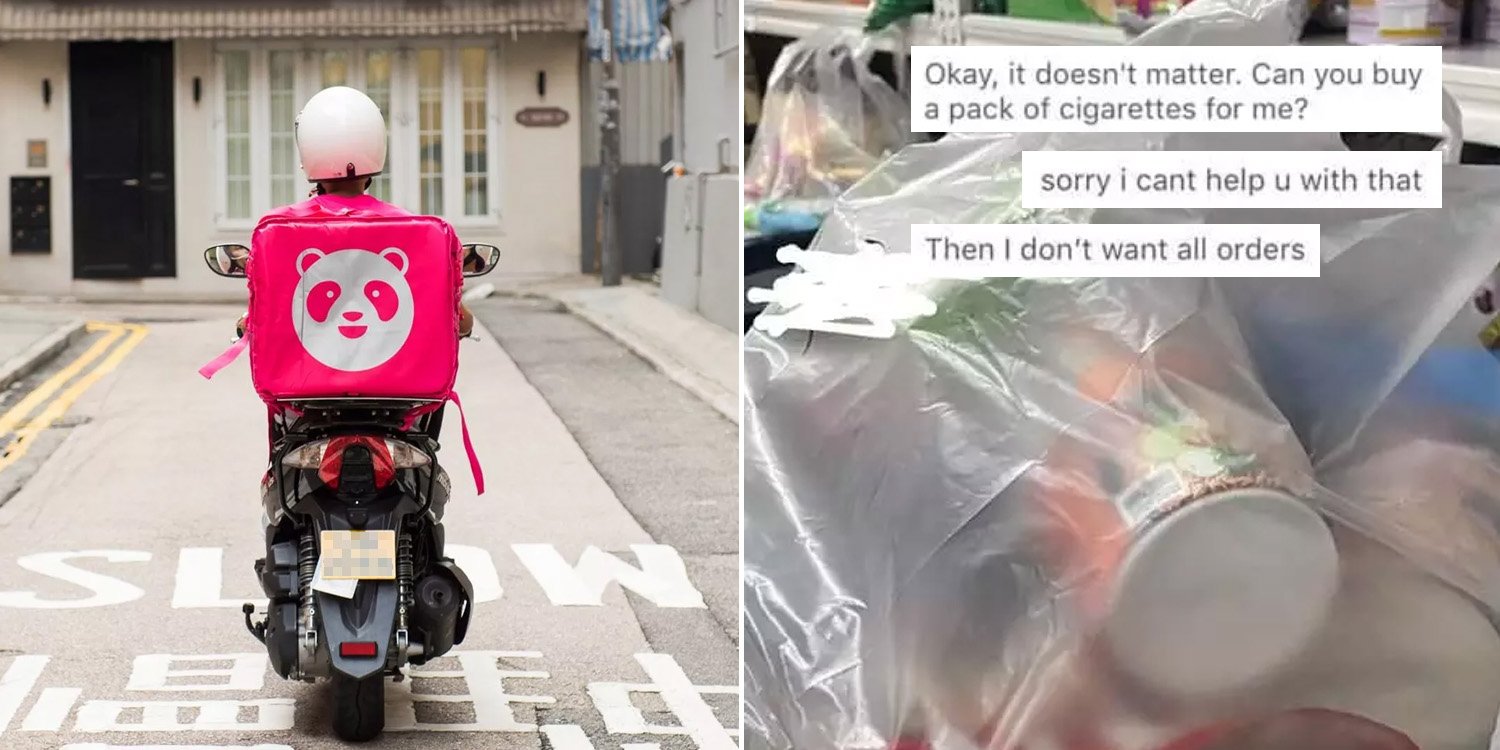 Foodpanda Rider Says Customer Asked Him To Buy A Pack Of Cigarettes, But He’s Not Allowed To

Ordering food delivery is pretty much entrenched into our lives by now, with many Singaporeans loving the convenience of having food delivered to our doorsteps.

However, most of us also know that food delivery riders aren’t our personal slaves, i.e. they can just deliver the food that we ordered, nothing more. 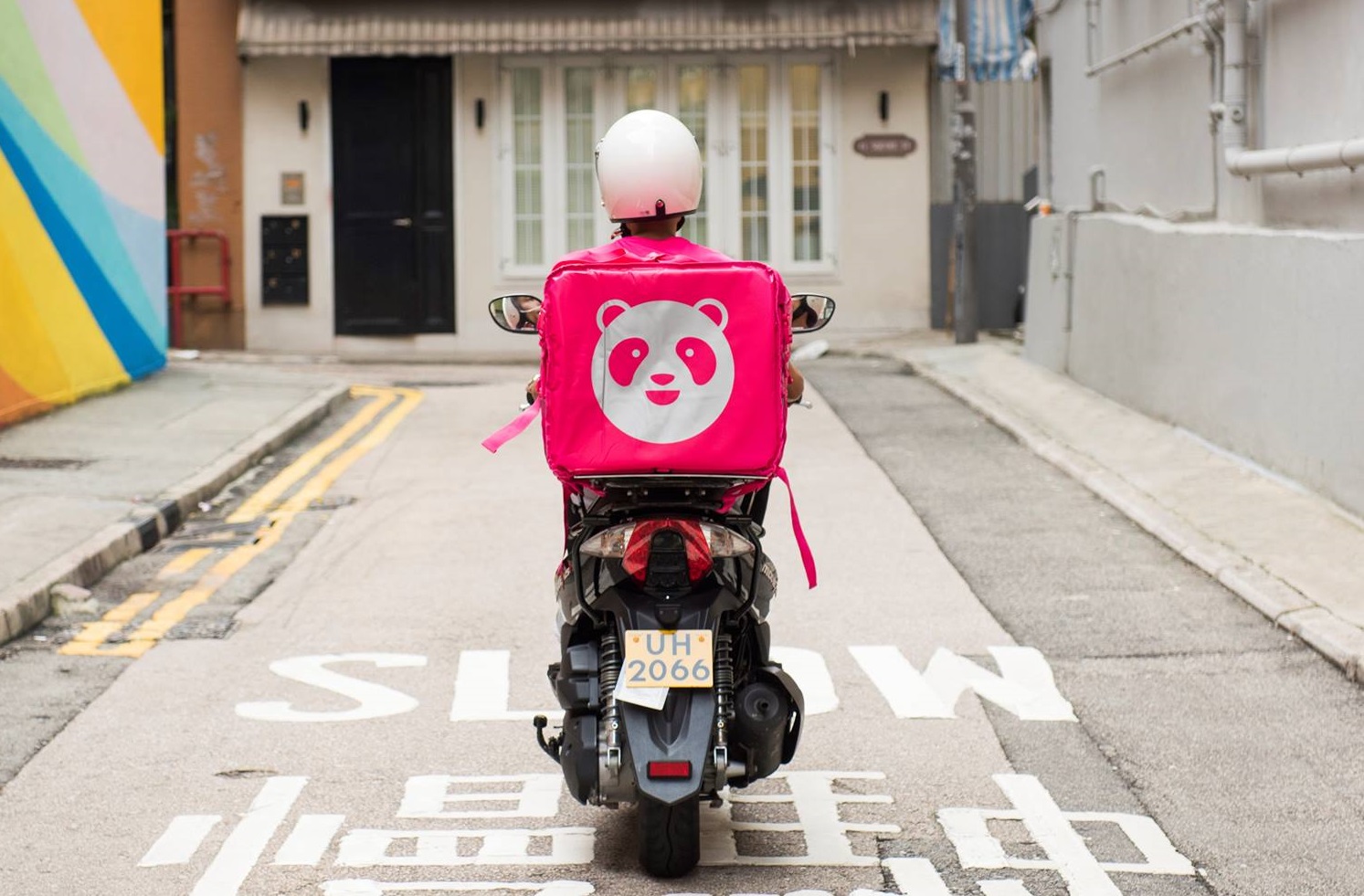 One Foodpanda rider said he was unlucky to meet a customer who clearly didn’t get the memo: He asked him to help him buy cigarettes. 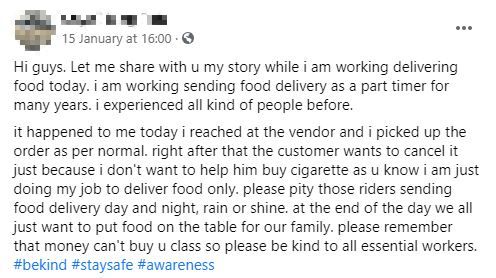 When the rider said he couldn’t do that, the customer allegedly cancelled the order, leaving him high and dry with the food.

Customer messages rider after he picked up order

A netizen, who identified himself as a part-time food deliver rider for many years, posted about the incident on Friday (15 Jan) in the Lim Kopi Corner Facebook group.

He said that he had already picked up the order when the customer sent him a message.

According to the screenshots of the conversation, the customer 1st asked him if he could speak Chinese.

When he said that he couldn’t, the customer then asked him if he could help him buy a pack of cigarettes. 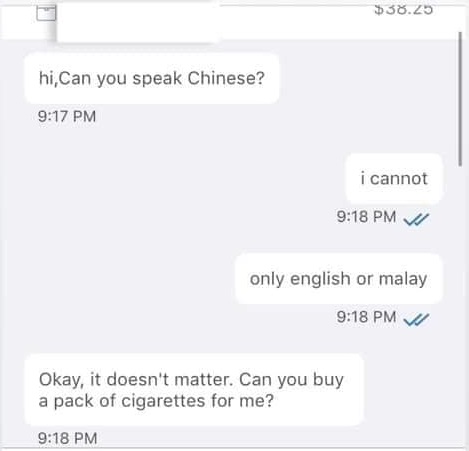 From the corner of the screenshot, it can just be made out that the order came up to $38.25.

We can bet that it didn’t include cigarettes.

The delivery rider apologised, saying he couldn’t get him cigarettes.

He also gave the reason that Foodpanda doesn’t allow riders to do such a thing, and he would get into trouble. 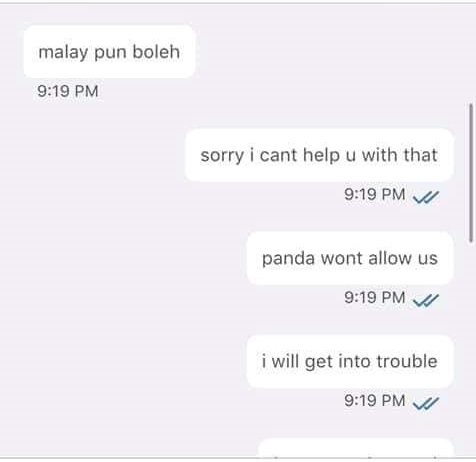 Upon receiving that message, the customer abruptly cancelled the entire order. 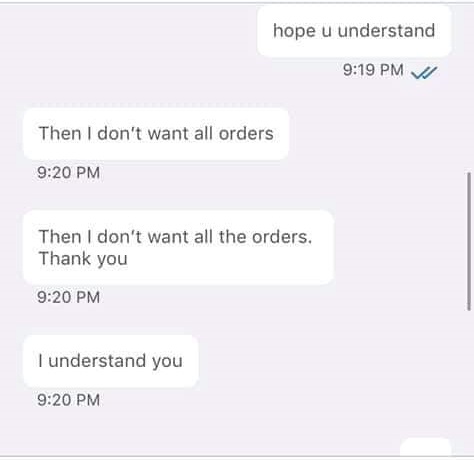 Although he said he understood the rider, it appears that he may have understood what the rider was saying, but wasn’t understanding of the rider’s problems.

If not, he wouldn’t have cancelled the order, just like that. 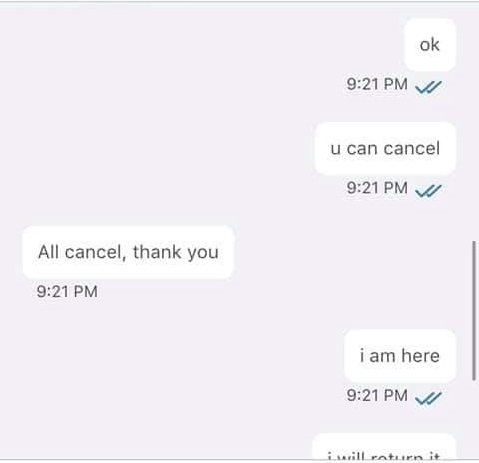 The rider also shared a photo that appears to be of the cancelled order. 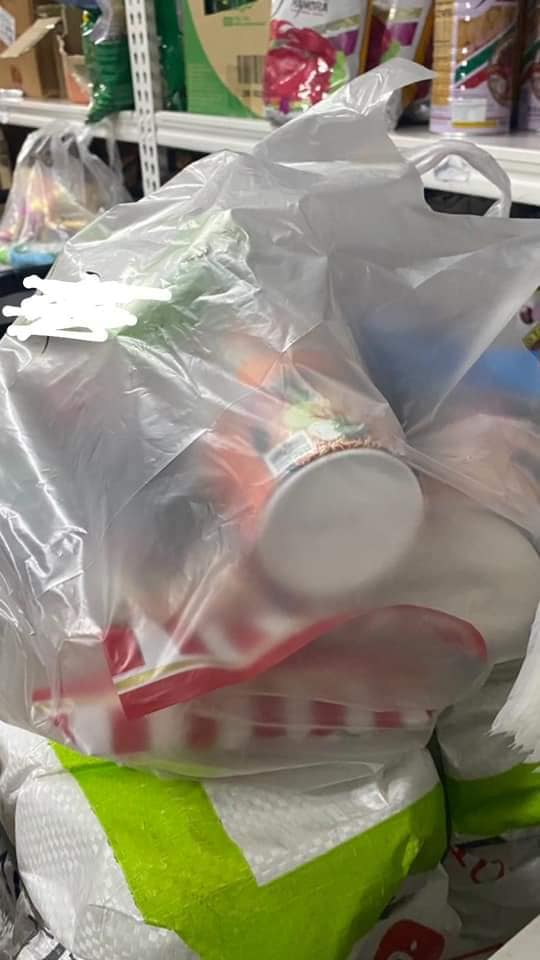 In response to queries from MS News, the rider said Foodpanda asked him to return the item to the vendor and continue to send his next order as per normal.

Though he was able to return the food, he made a wasted trip when he could have spent the time making other deliveries.

Rider asks people to be kind

The rider said that food delivery riders are just doing a job to feed their families.

They work day and night, rain or shine to earn a living and serve Singaporeans. Worse still, they’re also exposed to the danger of road accidents.

Thus, customers shouldn’t make life difficult for them by asking them to do things that are not even allowed.

After all, he says food delivery riders are essential workers, especially during the ‘Circuit Breaker’ period.

So we should be kind and spare a thought for their welfare too.

Put ourselves in their shoes

The least we can do is put ourselves in their shoes, show a little understanding and refrain from making their lives more difficult.