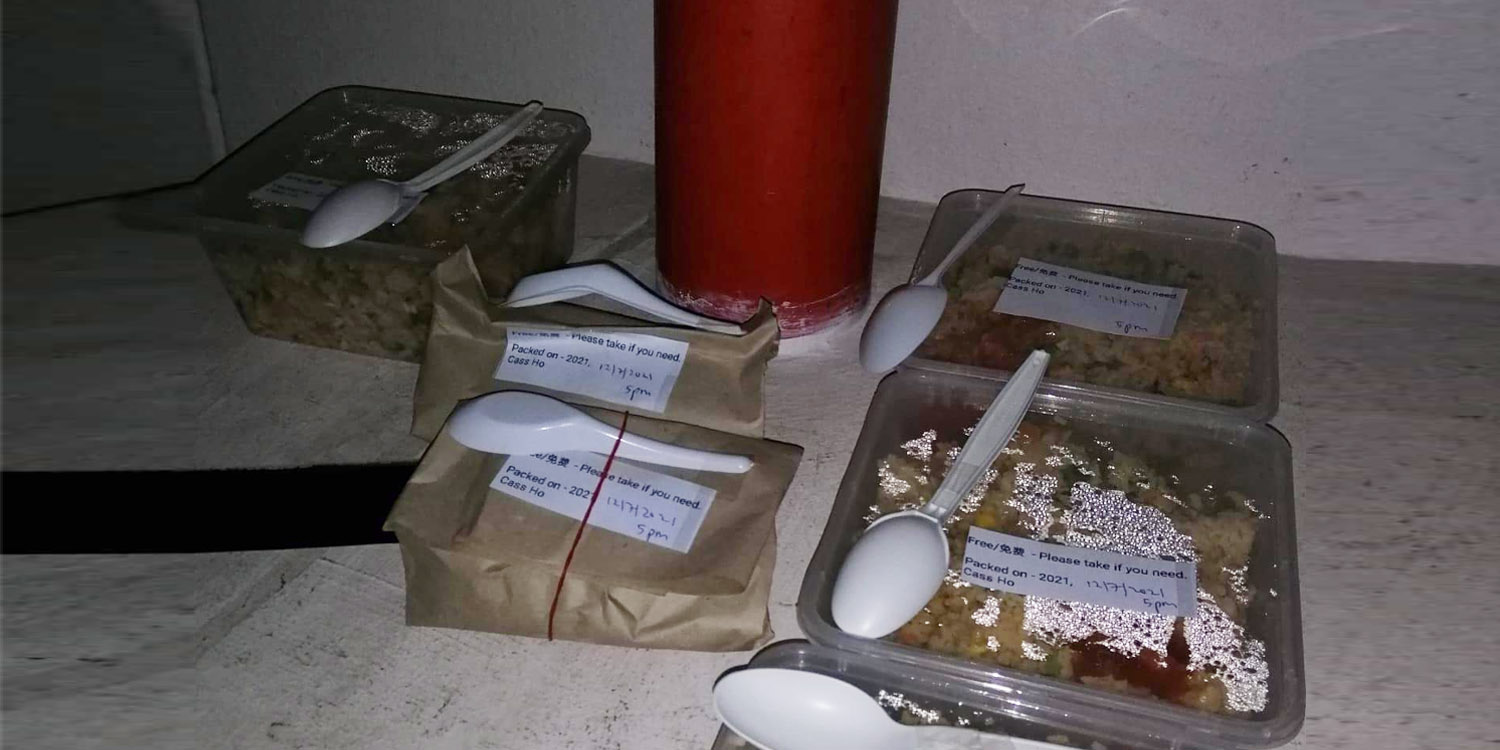 Even as more Singapore residents get vaccinated, many people remain affected by the current set of Covid-19 measures that are in place.

Thankfully, there have been lots of kind Samaritans who have gone out of their way to help the less fortunate during this period.

Recently, a Redditor was heartened to find that someone living in their block was leaving free food at the void deck for residents to enjoy.

Though the intention behind it was no doubt wholesome, other Reddit users pointed out that it could have been better implemented.

Free food for those who need

In the picture shared on Monday (12 Jul), 6 packets of free food were placed on what appears to be a dry riser unit at a void deck. 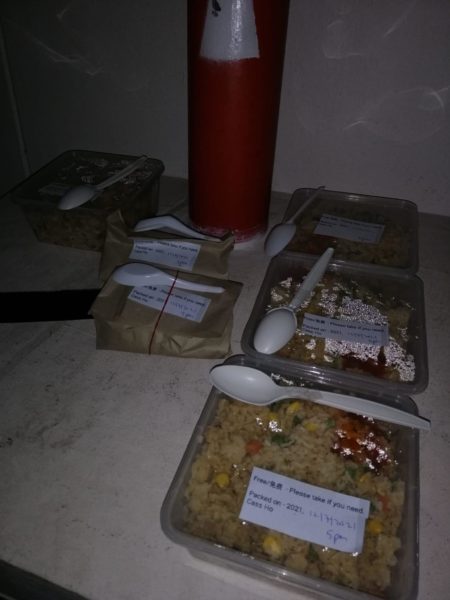 The stickers on the boxes stated that the food was free for anyone to take.

It also shows the ‘best before’ date and time so people know when it’s still safe to consume.

However, what was missing was information regarding who it was from and what the packets of food contained.

While most Redditors were touched by the gesture, they pointed out that it could have been better executed, especially since the food was unmanned. 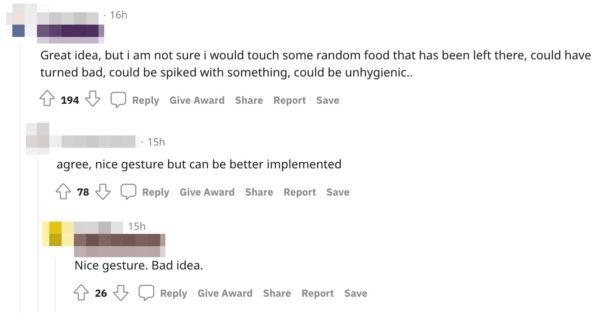 Other Redditors were also concerned that the food would go to waste if no one claimed them.

Another Reddit user suggested providing dry food as they have longer shelf lives and do not spoil as easily.

Heartening to see residents helping each other

While there are undoubtedly good intentions behind this initiative, perhaps it could’ve been improved if more information regarding the distribution are available.

That way, it’d be easier to win the trust of prospective beneficiaries, ensuring they receive the help they need.

Nevertheless, it’s heartening to see residents helping each other during these uncertain times.