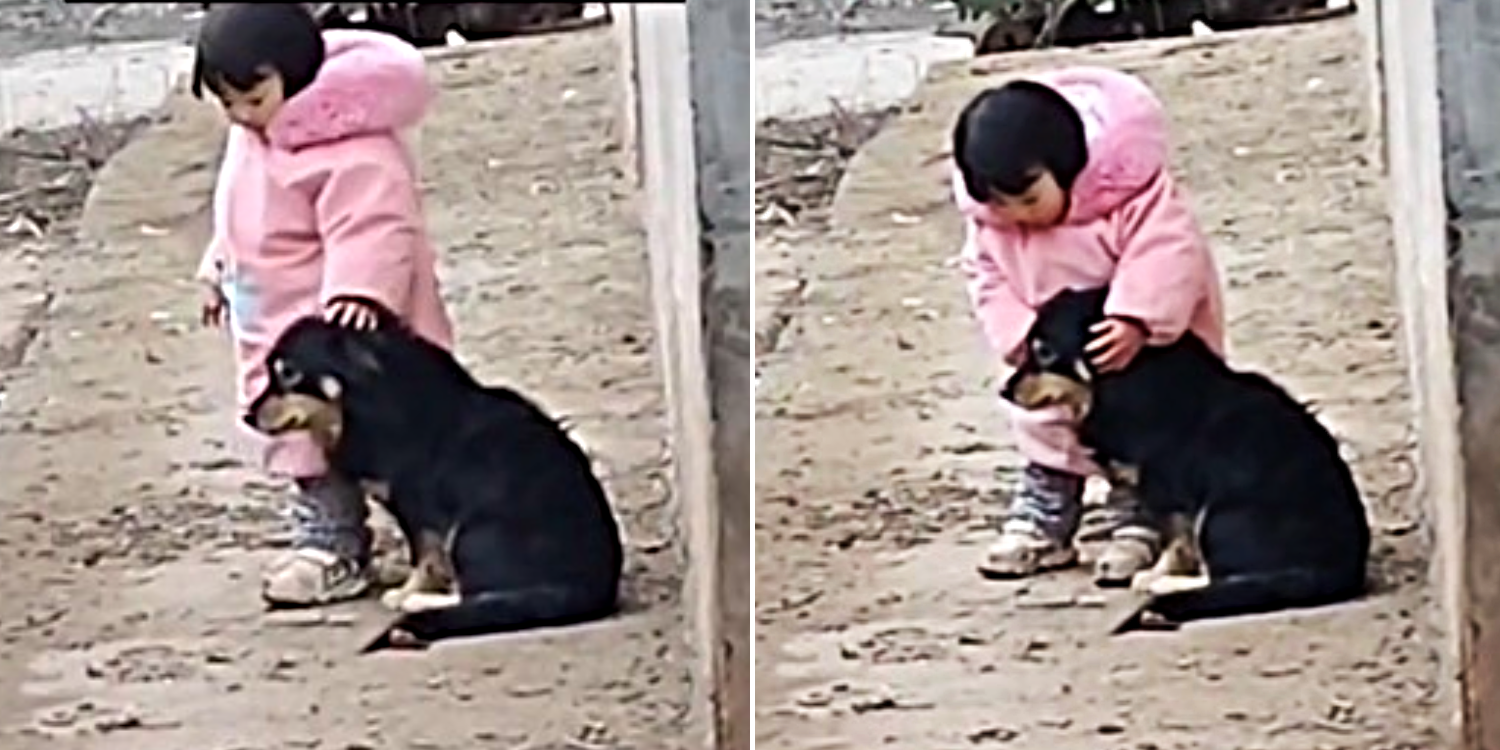 Her pure act of kindness has warmed the hearts of netizens everywhere.

Fireworks are known to be magical and loud. While most of us marvel at the splashes of colours exploding in the sky, some might feel uncomfortable and perhaps even scared.

And animals are just as affected by the cacophonous sound.

What this little girl did to protect her scared pup from fireworks has melted the heart of netizens. And we believe it’ll melt yours too. 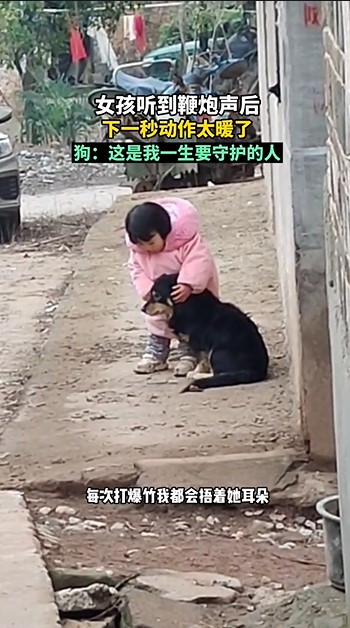 During this year’s Chinese New Year celebrations, a child in China saw her furry friend cowering from the sound of fireworks.

What happened next has everyone going “aww” — she stepped in to comfort it by covering its ears.

Dog feared the sound of fireworks

On 31 Jan, fireworks were let off in Gao’an, a city in China’s Jiangxi province, as part of the local Chinese New Year festivities.

While fireworks are usually a delightful display for humans, it’s the total opposite for most animals, including dogs.

Due to the loud sounds and unpredictable nature of fireworks, many dogs find them threatening. Some will bark at the noise, some will run away and hide, while others will freeze in terror.

One video shows a poor pooch doing the latter, its worried expression and timid stance clearly showing its fear.

The little girl standing next to the dog soon notices how scared it is, and gently pets its head. 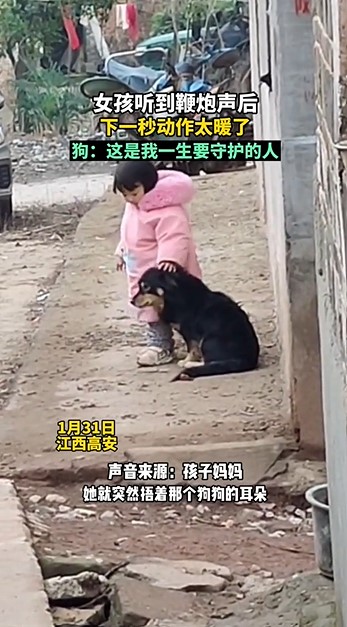 She then bends down and covers the doggo’s ears, attempting to shield it from the loud noises. 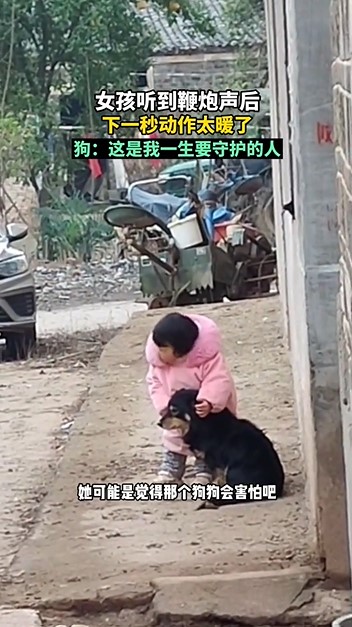 The aww-worthy incident instantly went viral on Douyin. It also got reposted to other social media platforms.

Kind-hearted girl learned from her mother

In the video, the girl’s mother can be heard saying that she would cover her daughter’s ears when fireworks go off.

“I would tell her that mummy’s here, don’t be scared,” the mother shared.

She went on to say that her daughter probably wanted to comfort the frightened pup in the same way.

Needless to say, commenters were united in praise of the little girl’s compassionate act.

One user wrote a touching sentence from the dog’s point of view, which goes, “You protected me for a moment, I will protect you for life.”

Another netizen hopes that society will not corrupt the child when she grows up.

This commenter noted how admirable it was that she protected her dog at an age when she herself was still scared.

And then there was this cheeky netizen, who jokingly asked the little girl if she would be her son’s wife when she grows up.

And finally, this commenter mused that this is the kind of childhood that one ought to have.

An inspiration to us all

At a time when animal abuse stories are seemingly more rampant, it was a much-needed breath of fresh air to see a dog being treated with such love.

If this girl can show such empathy towards an animal at such a tender age, there is no reason why adults can’t treat animals with the same care and respect.

Should you feel inspired – and have the room and financial resources for it – there’s always a fur baby in need of some TLC out there. It’ll certainly be one of the most rewarding things you’ll ever do.