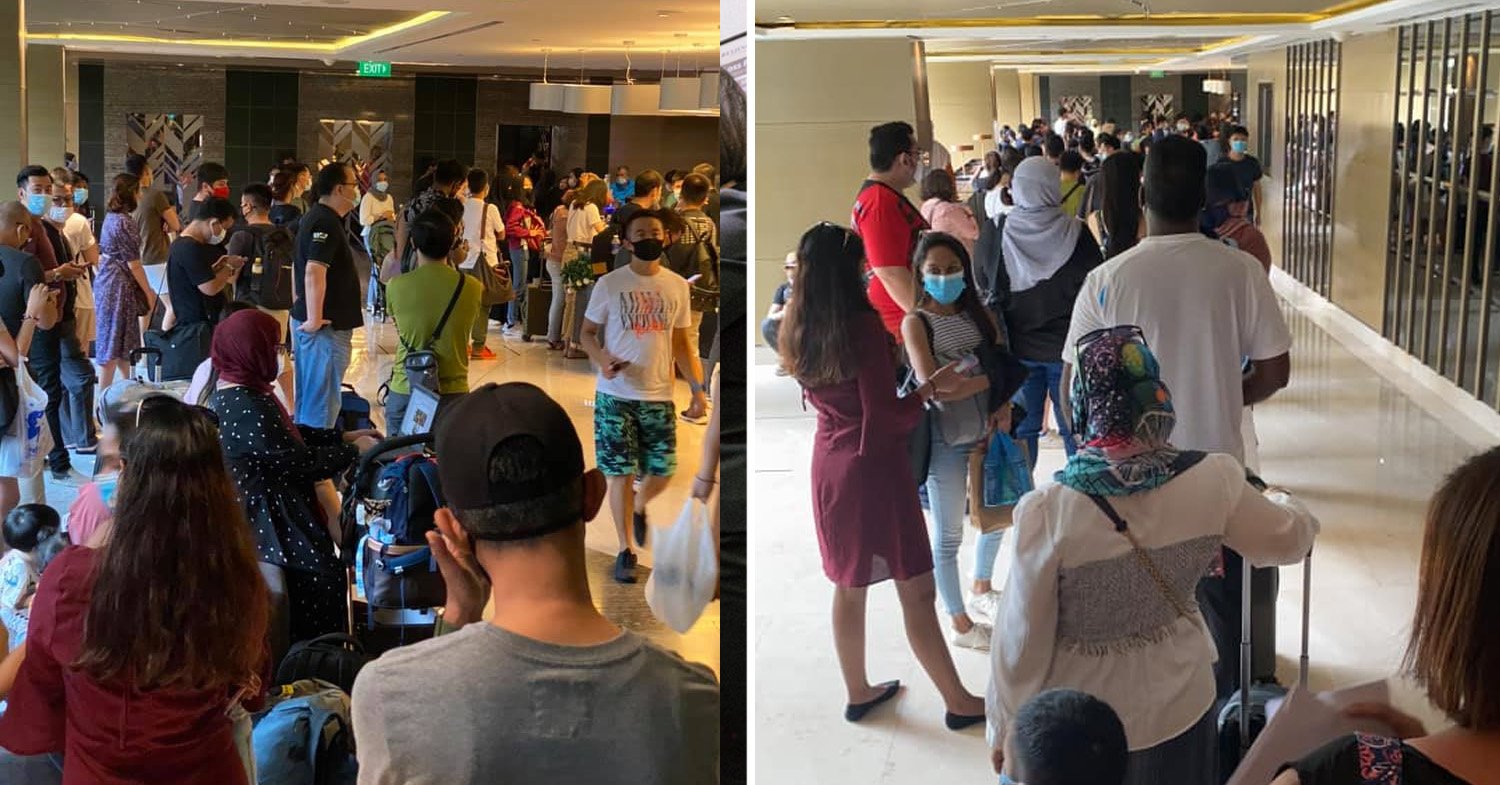 Now that staycation season is in full swing for Singaporeans, many are presumably excited to use their SingapoRediscovers vouchers.

After all, you can get up to $100 off your bill at hotels, attractions, and tours — depending on how you use them.

For one Singaporean, the decision to book a staycation for his friend’s birthday seemed to have turned awry. He shared on Facebook yesterday (12 Dec) that he ended up queuing over 4 hours, waiting to check in.

Kife Wee told MS News he had booked a room using SingapoRediscovers vouchers at Grand Park Orchard for a night to celebrate a friend’s birthday on 12 Dec. 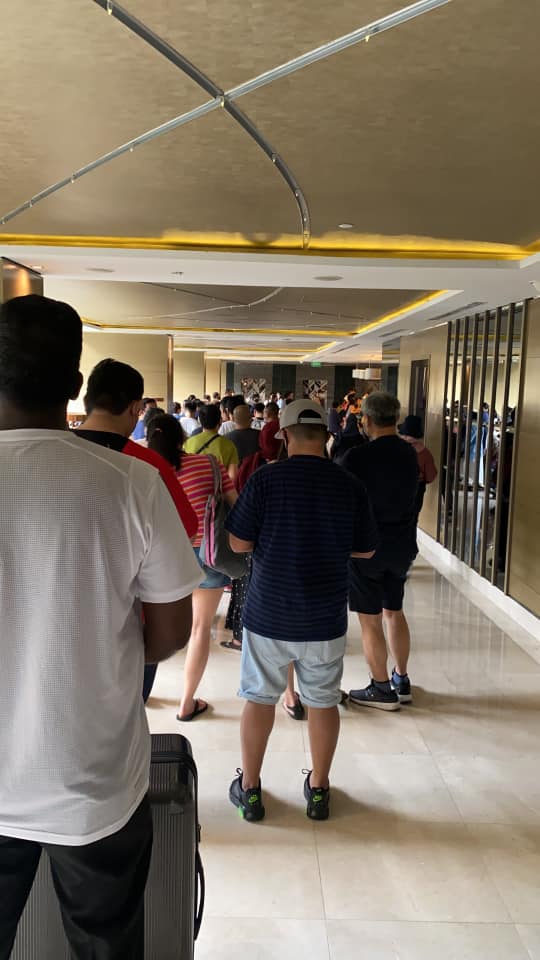 The plan was to hold the birthday celebration after checking in, and head out to have dinner.

Instead, Mr Wee and his friends had to endure hours of queueing and not knowing whether they would be able to secure a room.

Mr Wee said he and his friends ended up going back home to wait. The staff mentioned that the hotel would call to inform them when their room is ready. But sadly, as of 9.30am the next morning, i.e. today, no calls were received.

Saw over 70 guests queueing for rooms

In his Facebook post, Mr Wee said when he was queueing up at the hotel, he saw “probably more than 70 people” in line, including kids and senior citizens. 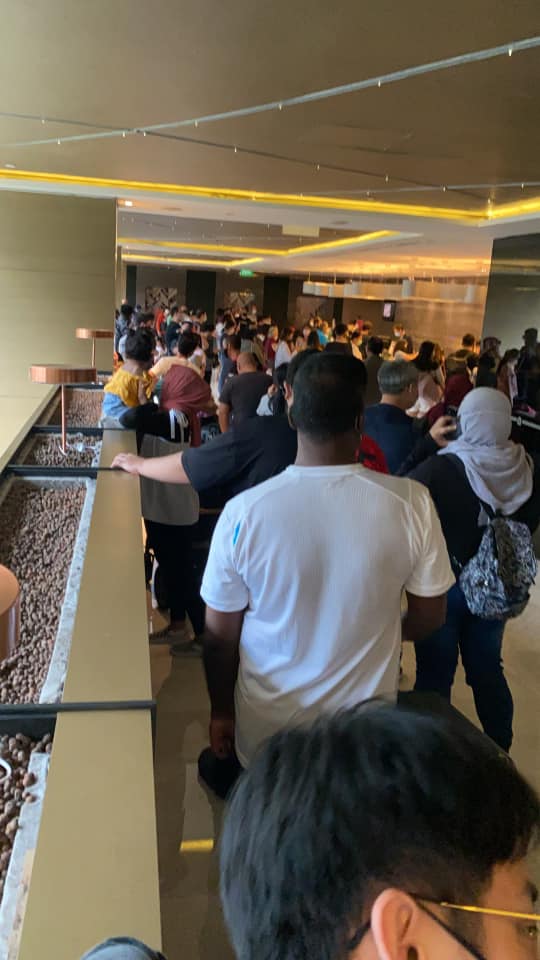 He alleged that no safe distancing measures were in place too. As he stood near the counter, he heard floor staffs saying they had no clue whether rooms were still available for them.

We can’t even get our refunds or cancel without reaching the counter. What the hell is happening?

At 7.06pm, a staff – likely the general manager – came out to address hotel guests, according to Mr Wee. 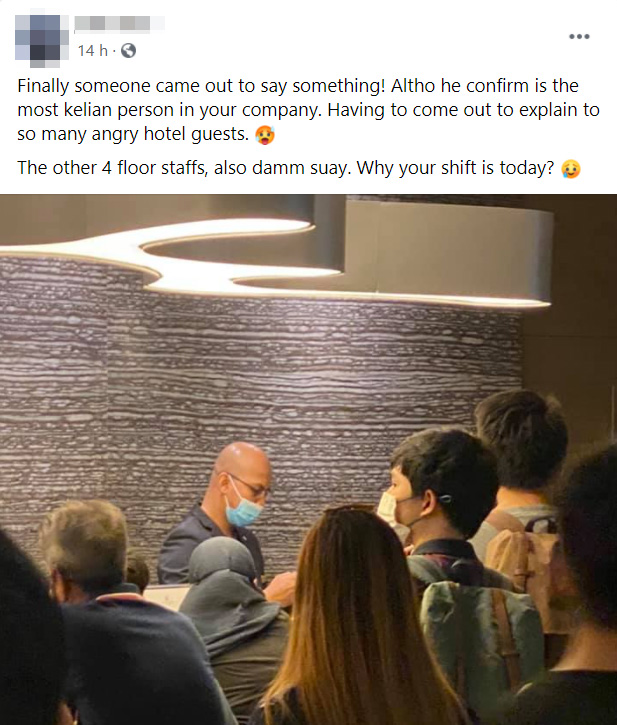 Mr Wee told MS News last night (12 Dec) and this morning (13 Dec) that there was no news yet from the hotel on any of the above choices.

We have reached out to Grand Park Orchard for their comment, and will update as soon as they get back.

With demand for staycations growing due to travel restrictions, it is truly unfortunate that an incident like this took place.

Though we have yet to know the cause, we trust that Grand Park Orchard staff are working hard to ensure that all guests are well looked-after.

In the meantime, hopefully Mr Wee and other affected guests will be able to shift their staycation arrangements or get a refund from the hotel soon.

Did you go through a similar experience yesterday or recently? Let us know in the comments below.