Ex-Helper In S’pore Acquitted Of 10 Theft Charges, Fought For 3 Years To Overturn Sentence 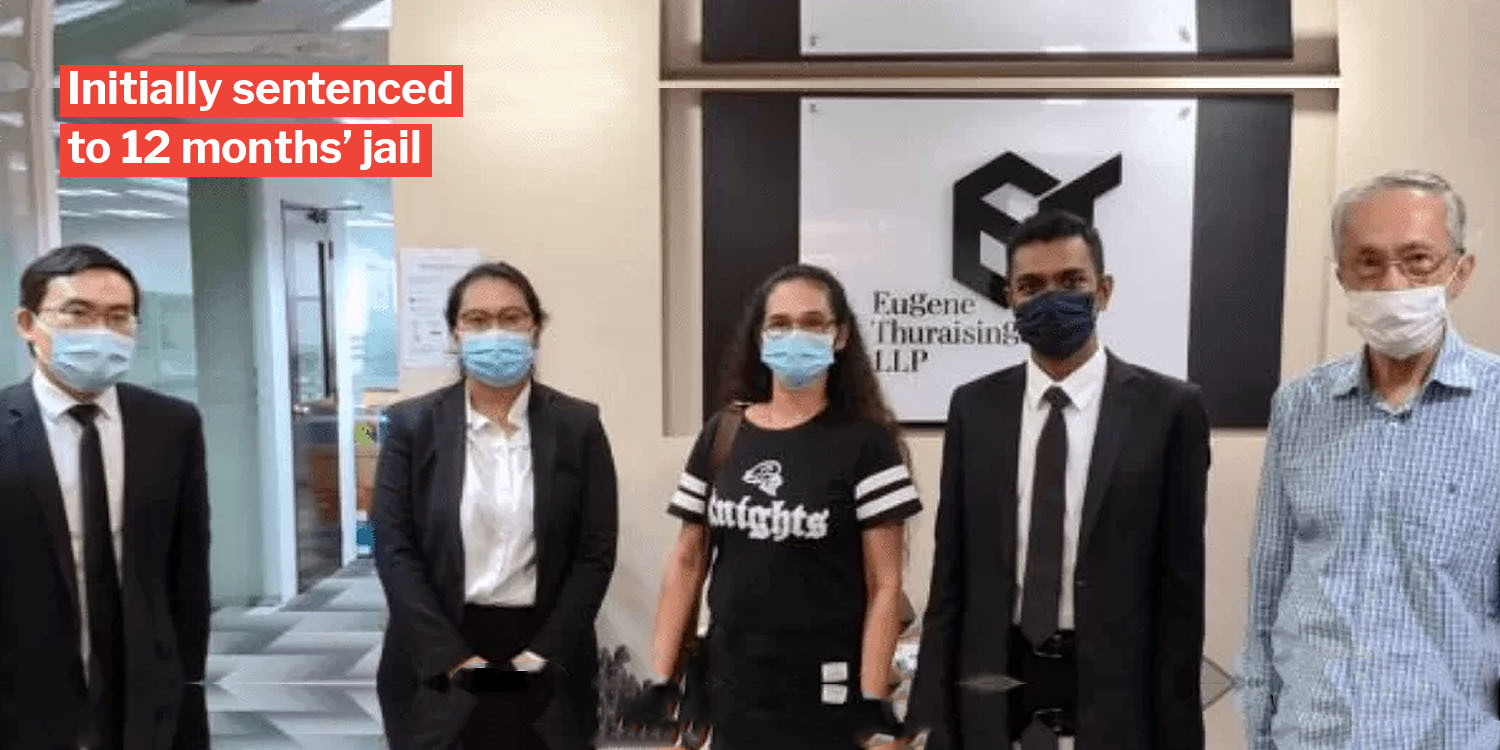 Parti Liyani’s acquittal was a sensational case that rocked the nation. Even though she is now a free woman, she still has business in court, as she’s seeking a $71,000 compensation.

In the midst of this ongoing case comes another theft acquittal, which also involves a domestic helper. 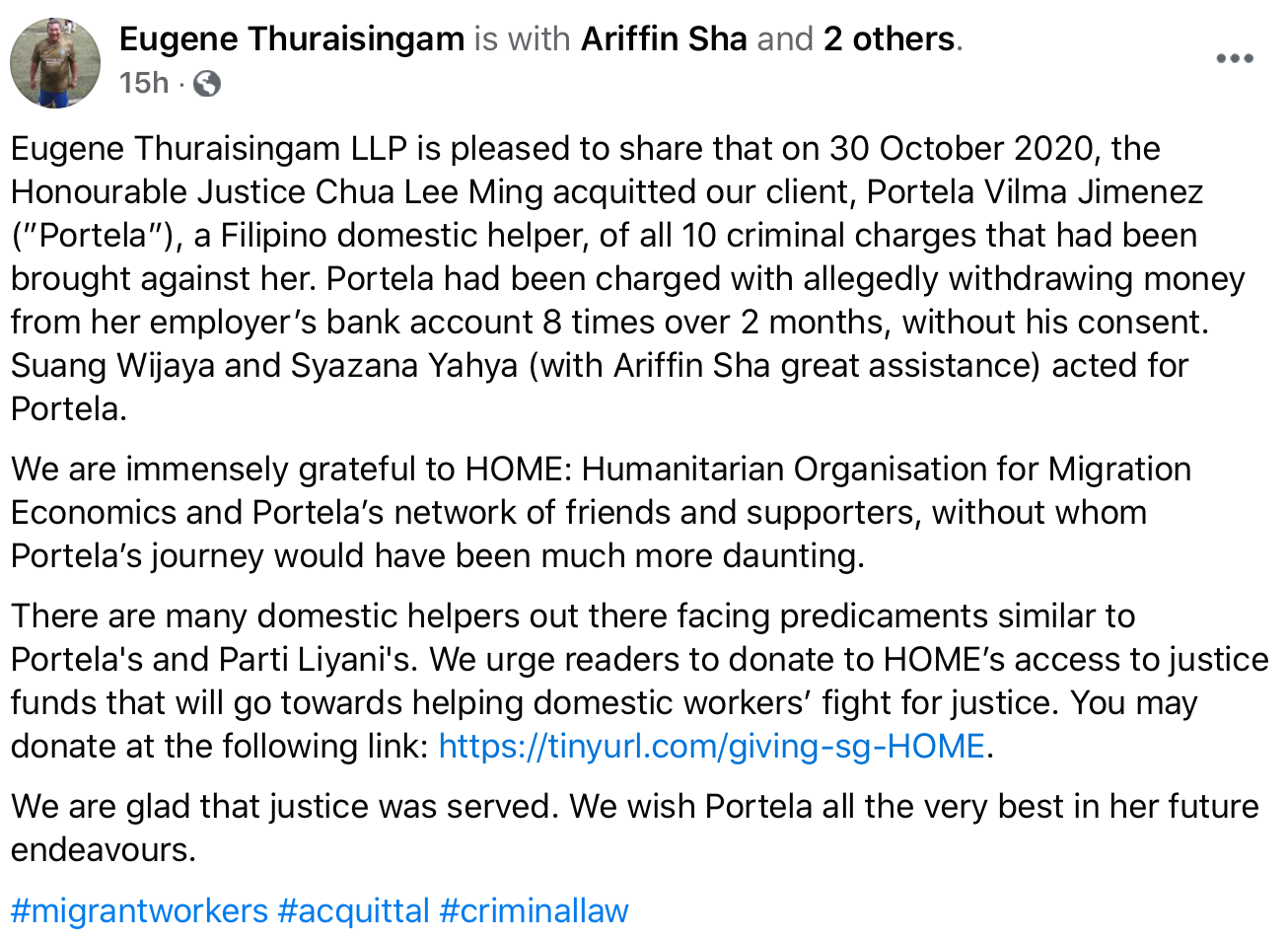 She was charged with 8 unlawful withdrawals from her ex-employer’s bank accounts in 2017, and was sentenced to 12 months’ jail.

Thankfully, she successfully had her sentence overturned after 3 years.

Honourable Justice Chua Lee Ming cleared her of all 10 criminal charges of theft brought against her for 8 unauthorised ATM withdrawals from her ex-employer’s bank account.

She had been accused of making these withdrawals between Jan-Feb 2017.

The ex-employer reported her in late Feb 2017 for taking 2 of his ATM cards and using his PIN code to withdraw money without his consent. In 2017, Ms Portela was convicted of these charges and sentenced to 12 months’ jail. Undeterred, she maintained her innocence and decided to file for an appeal.

After a 3-year trial period, her lawyers successfully fought for her case and she was cleared of all charges on 30 Oct morning.

After oral arguments were presented from the defence in the Appeals court, Justice Chua shared his 4 reasons for acquitting her unequivocally:

Mr Thuraisingam further thanked the Humanitarian Organisation for Migration Economics (HOME) for providing Ms Portela with shelter and support during this 3-year period. 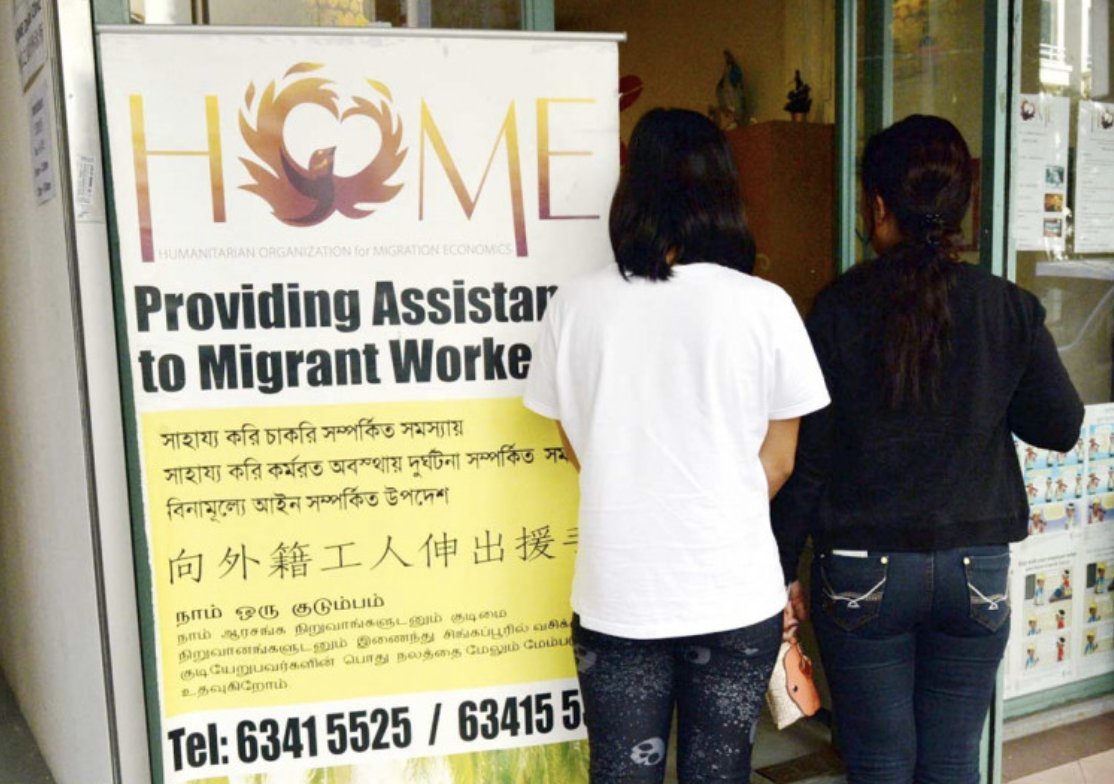 Since the police report in Feb 2017, Ms Portela was allegedly investigated by the police without an interpreter, faced a criminal trial, and fought an appeal.

While pleading her case, Mr Thuraisingam said she was not able to work and therefore, had foregone any income she could have earned.

Additionally, she could not return to see her family and bore the possibility of being jailed in a foreign country.

This is a victorious verdict and we are glad that Ms Portela was acquitted of false charges brought against her.

However, Ms Portela and Ms Liyani’s cases revealed the possibility of lapses in Singapore’s justice system when it came to vulnerable people.

The Workers’ Party’s chair Sylvia Lim will be speaking on this issue in Parliament on Wed (4 Nov). During the debate, we hope amendments will be made to prevent such miscarriages of justice happening to domestic helpers in the future.