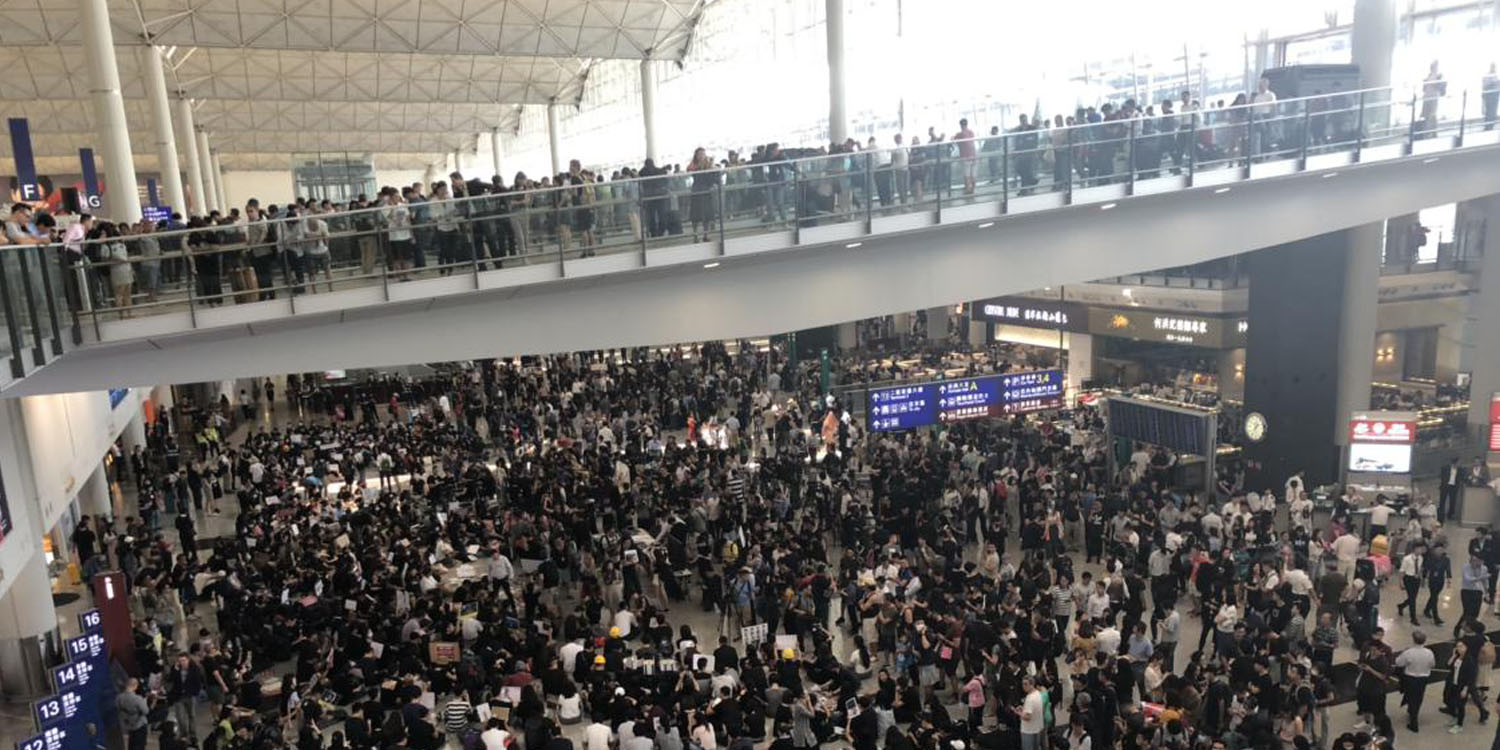 On Friday (26 Jul) Hong Kongers took to the Hong Kong International Airport (HKIA) for a demonstration against the government and the police.

Recent events have intensified the amount of protests amidst ever-growing unrest in the region over an unpopular extradition bill.

Unhappiness over the bill has become a symptom of anti-China sentiments by Hong Kongers who fear the loss of their democracy.

The protesters have peacefully ‘taken over’ Hall B of HKIA, and flights are still running as per normal. 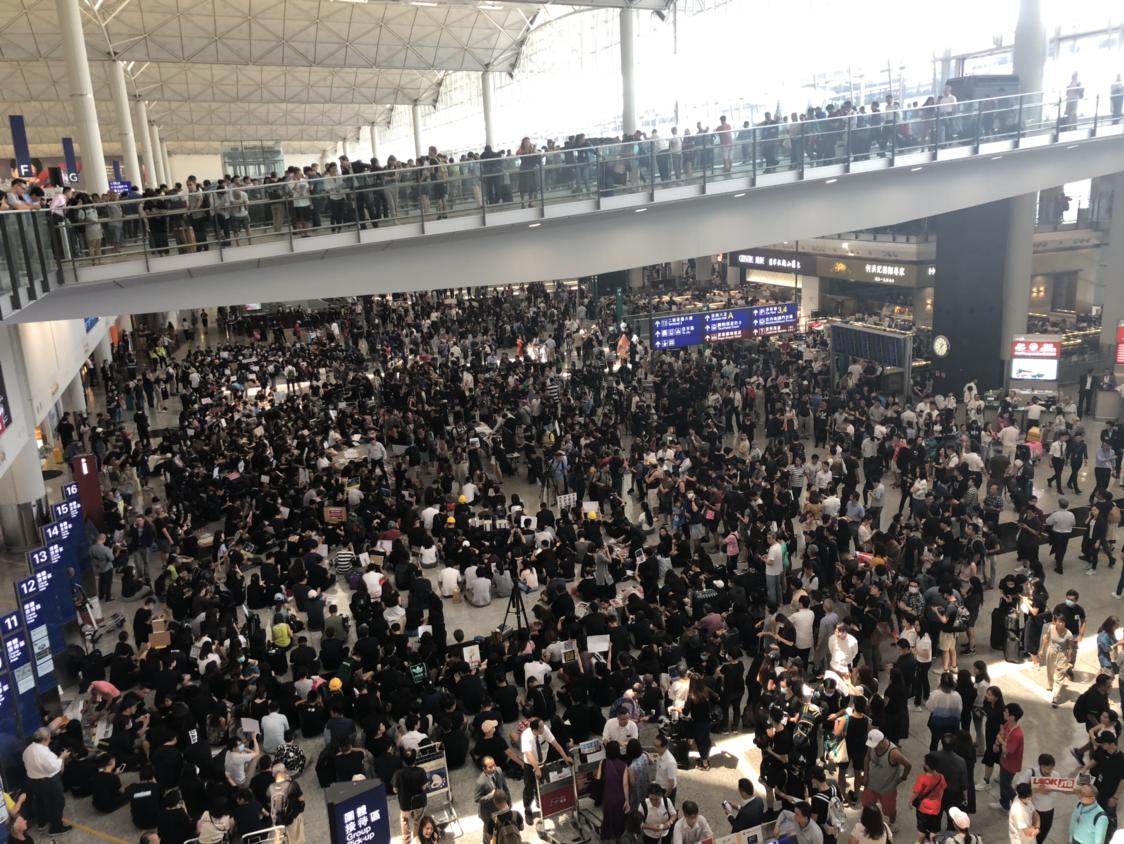 This is a ‘ticket’ detailing the protest by @anti_elab on Twitter. 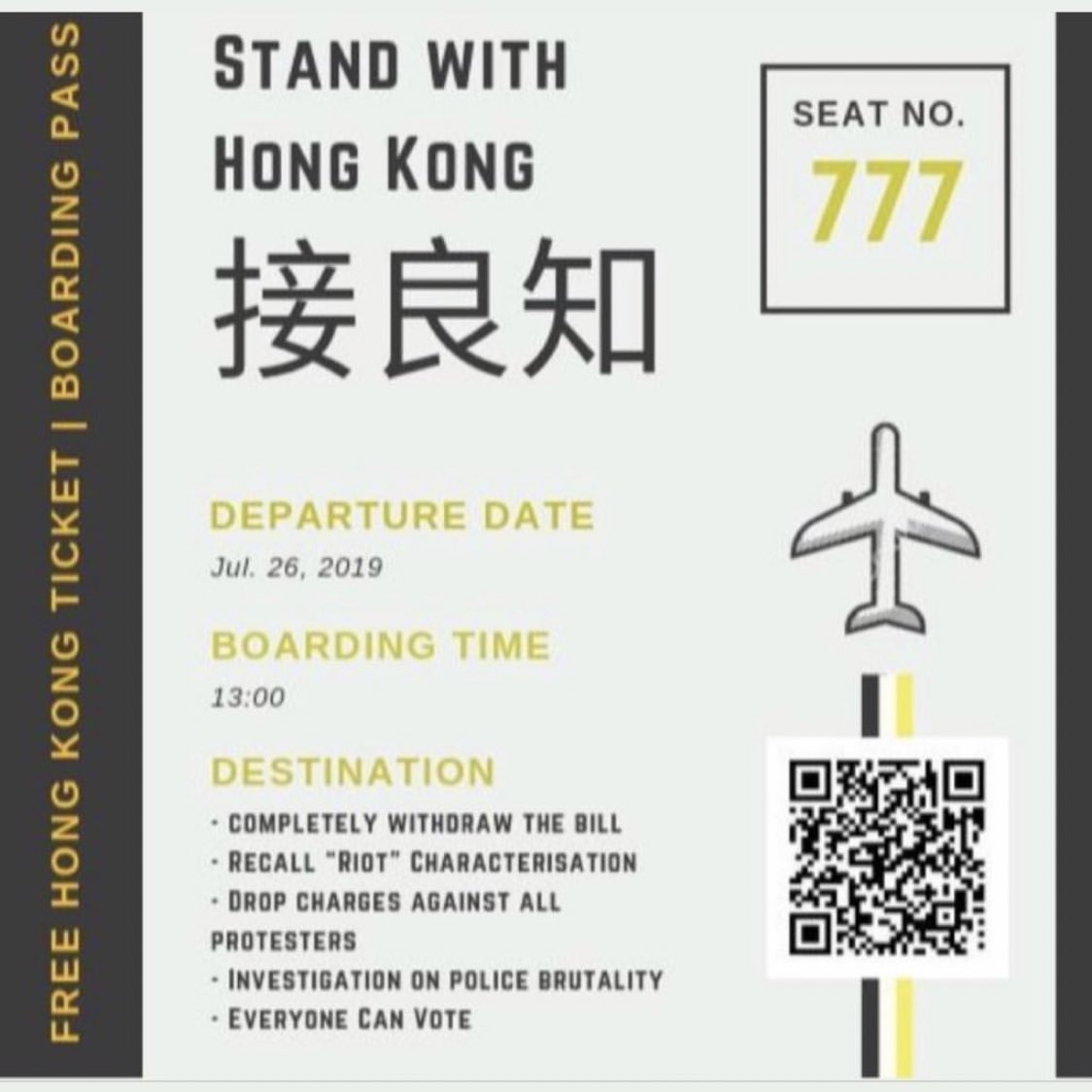 The purpose of moving demonstrations to the airport is to alert international travellers of the plight facing Hong Kongers.

Comprised of protesters raising red signs titled ‘Tourist Warning’, they warn of the police and government suppressing protesters and hiring thugs to attack black-shirted demonstrators in the New Territories. 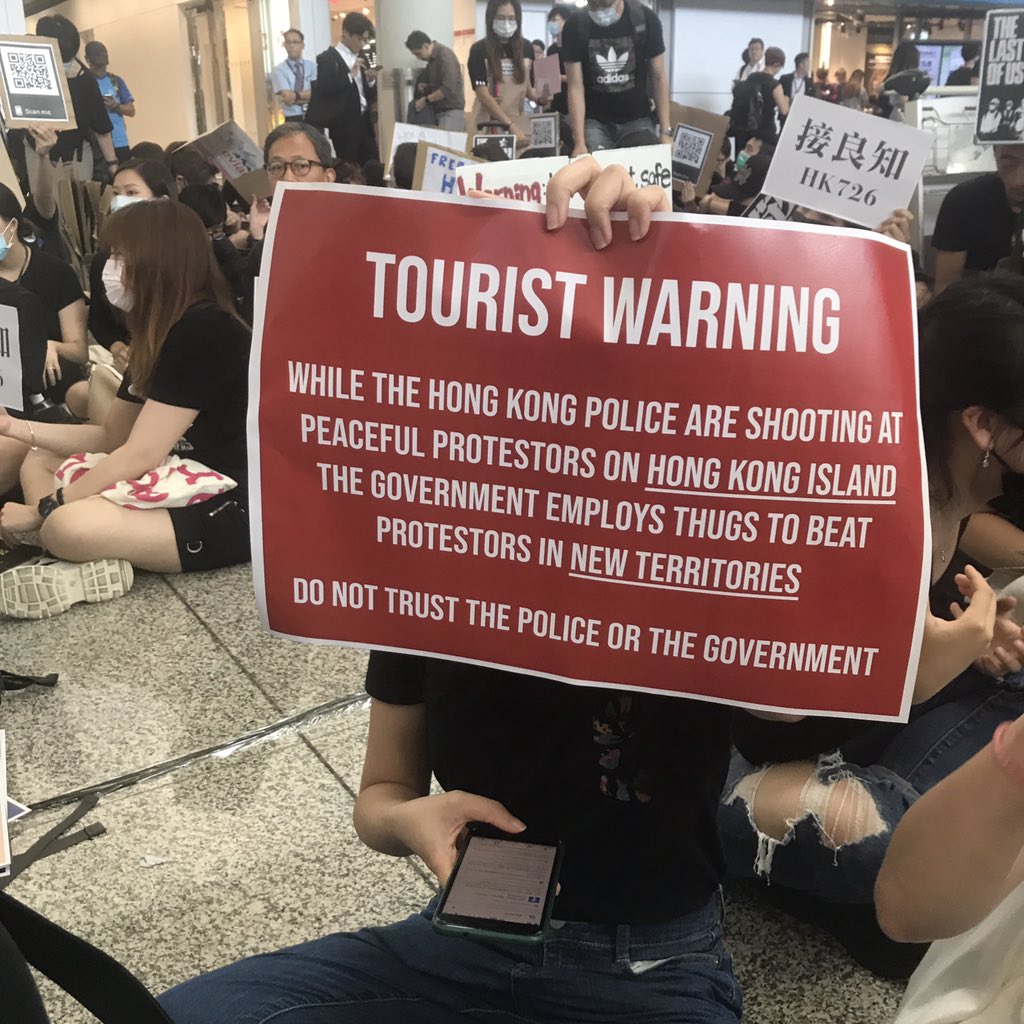 Flights from Cathay Pacific are in operation as usual, although advisories have been given to commuters to arrive early due to possible disruptions. 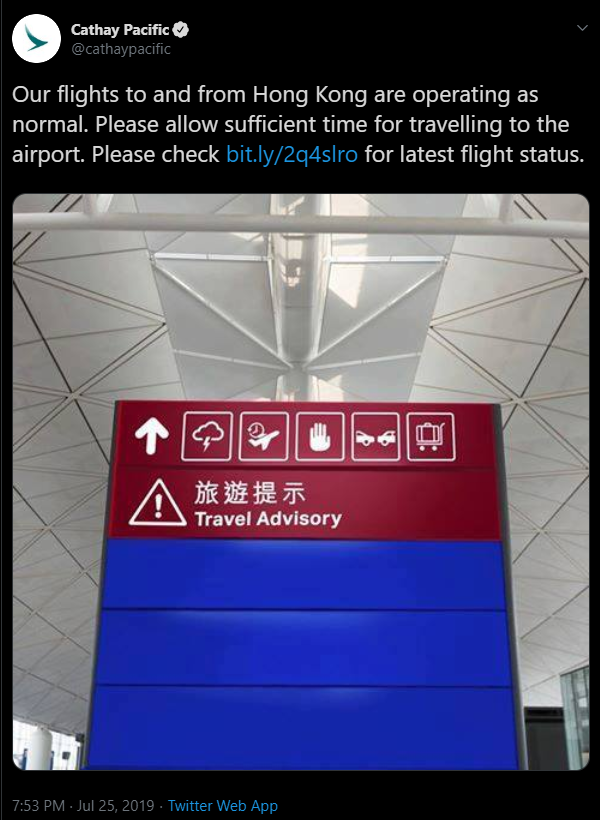 An even larger march is being planned tomorrow (27 Jul) although police have not given permission for it to occur, according to South China Morning Post.

Regardless, the march seems set to go ahead, the article mentions.

This protest at the airport is hence on a smaller scale and definitively more peaceful in nature, since there have not been any disruptions reported.

Will Hong Kong get better soon and return to peace? They believe that there’s still a possible threat of China using military force to suppress future protests.

As that possibility looms large, we advise Singaporeans to stay safe if you’re in Hong Kong and to delay any travel to that region unless absolutely necessary.

Because Hong Kong is down for maintenance. 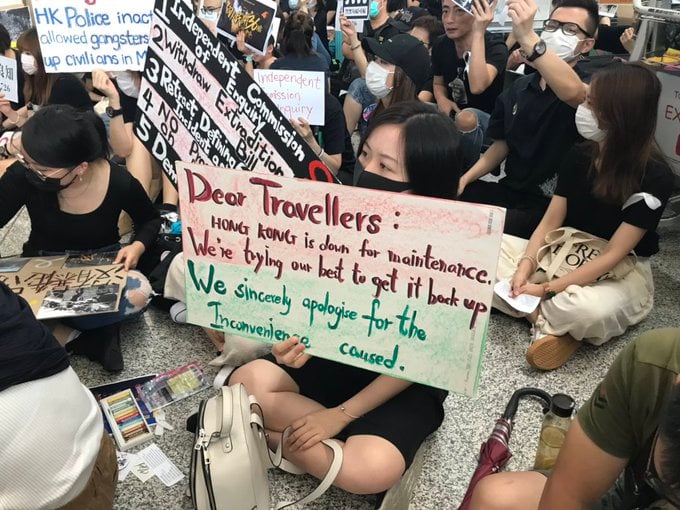 Do refer to our advisory for places to seek help should you require it while in Hong Kong, or if a friend/relative you know is there.