Must Share News – Independent News For Singaporeans
Home Inspiration Penang Has A Spider-Man & He’s A Husband Trying To Earn Enough... 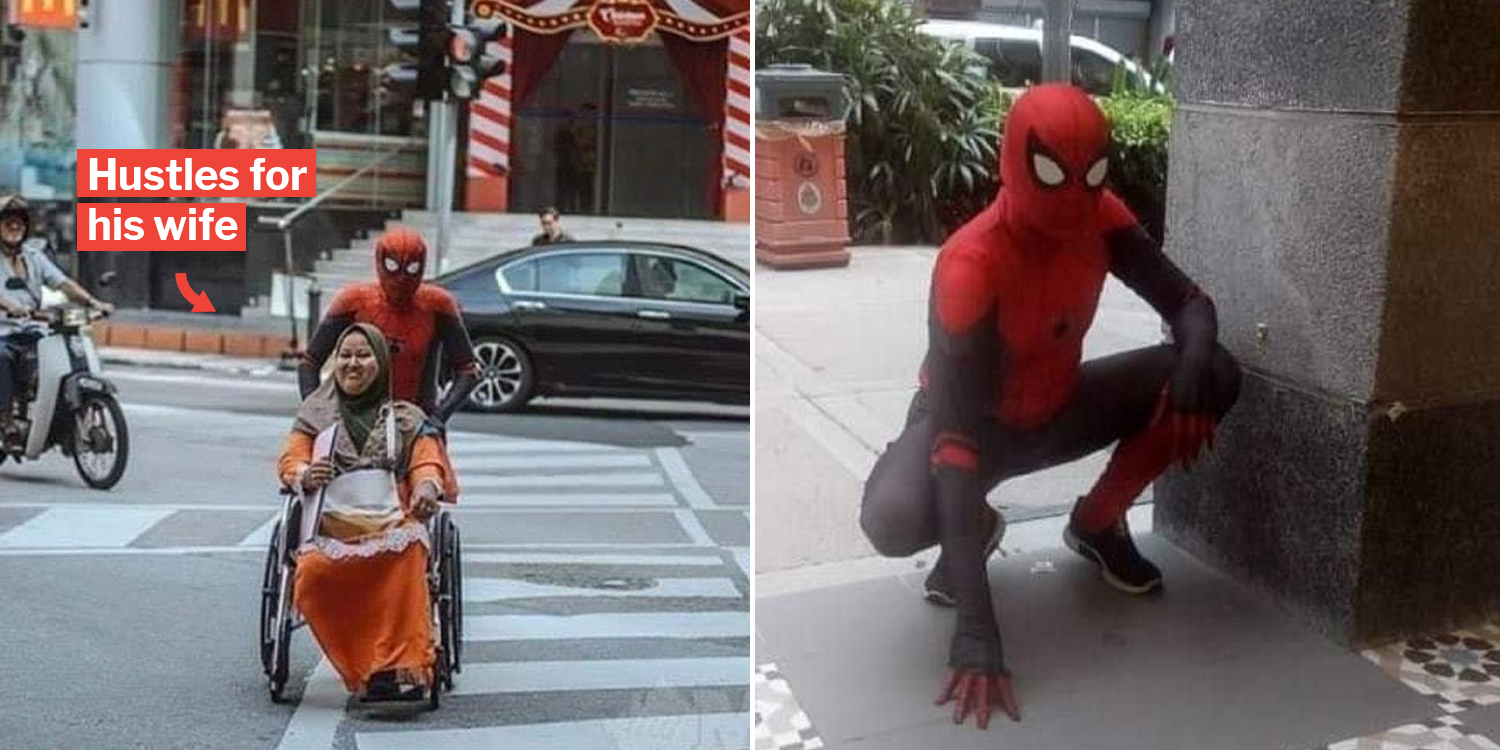 Healthcare can be expensive but there are unique ways you can earn money to pay the bills.

The side gig helps him earn extra cash to pay for his wife’s medical bills. Let’s take a look at how this heroic husband hustles to help his wife.

Street artist Ahmad Shakirin Mohd Zain wore the Spider-Man suit to earn money for his wife’s medical fees. His wife worked as a chef but she is unable to work since her accident. 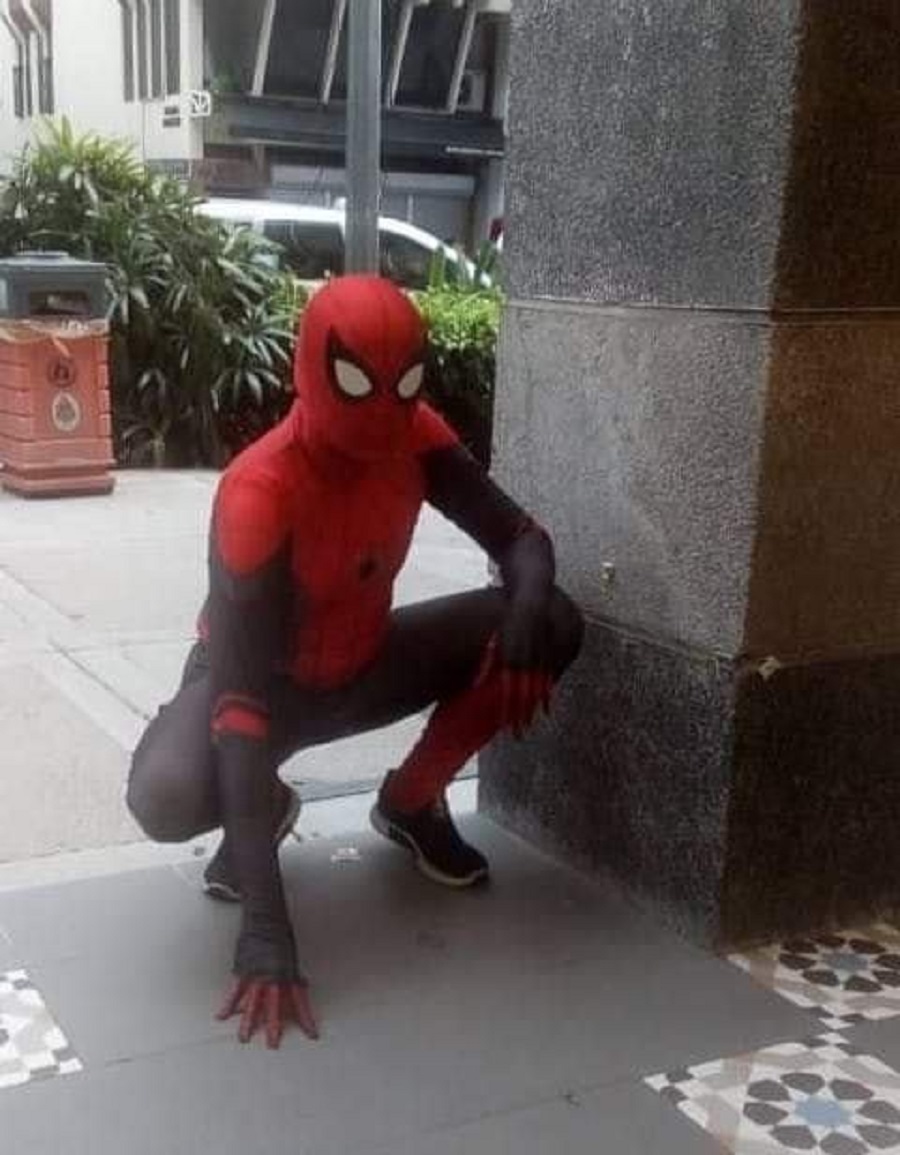 He was quoted as saying by World of Buzz,

My wife fell in a toilet and that gave her stroke, and due to her diabetes, her right leg had to be amputated.

Previously, his main income was derived from selling paintings in Pasar Seni, Kuala Lumpur, where the couple used to live.

Once he discovered that wearing superhero costumes could be a feasible way to earn money, he decided to buy a Spider-Man suit for S$58.95 (RM180). The couple moved to Penang as an attempt to grow their income and change their luck. Both of them reside in a guest house that charges S$18 (RM55) per day for rent.

Mr Shakirin’s Spider-Man gig gained fame around the streets of Georgetown in Penang. He would regularly get tips and requests for pictures from kids.

After spending a year walking the streets as Spider-Man, he admits that the side gig felt therapeutic as he loves kids.

His passion was further fuelled by the fact that he and his wife never got the chance to raise children of their own. 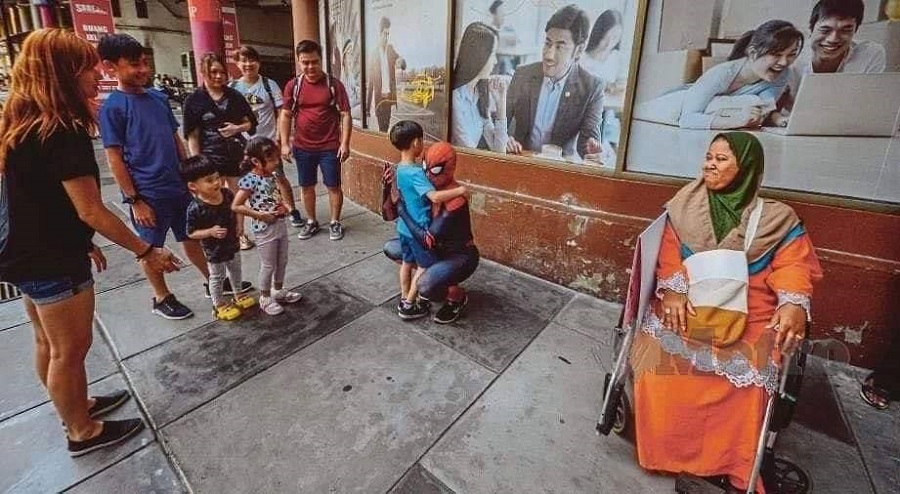 While not all his viewers can give a generous donation, he considers the sincerity of the giver instead.

Someone tipped me 20 cents For doing Spider-Man poses and I still accepted because the sincerity of the giver matters more.

Mr Shakirin’s wife also plans to sell food once she recovers to help her husband.

This story proves that not all heroes save the world. Some, like Mr Shakirin, simply yearn to save their wives.

There are a lot of ways to earn money but we never considered wearing a Spider-Man suit as a side gig. Kudos to this heroic husband for becoming the friendly neighborhood Spider-Man of Georgetown in Penang.

We’re hoping that the inspirational couple can successfully pay for their medical bills soon.