ICA Finds Pistol Replicas Declared As Playthings, Tells Smugglers Not To Toy With Them Case was referred to SPF.

Folks from the Immigration & Checkpoints Authority (ICA) have deterred many attempts to smuggle contraband items onto our shores. Despite their numerous successes, it seems there are still smugglers who are keen on trying their luck. As pistol replicas are controlled items under the Regulation of Imports and Exports Regulations, ICA has referred the case to the Singapore Police Force.

Recently, ICA officers from the Pasir Panjang Scanning Station found anomalies in a container declared as toys for kids.

The officers subsequently conducted an unstuffing operation at the importer’s establishment.

Turns out, the officers’ instincts were correct as they discovered 12 sets of pistol replicas and accessories. 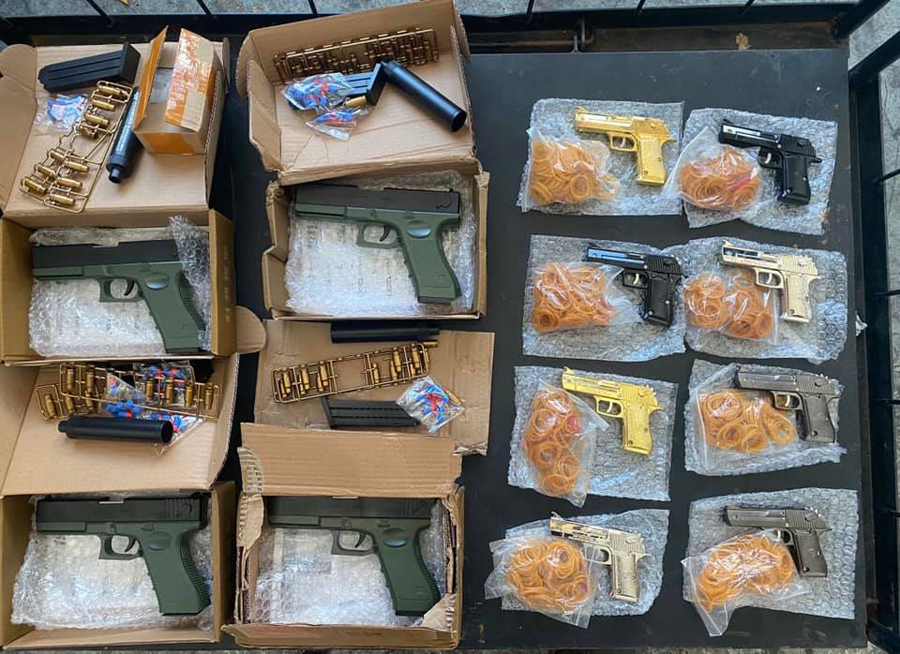 According to the Regulation of Imports and Exports Regulations, toy or replica guns are considered controlled items. Hence, ICA referred the incident to the police for investigation.

Subsequently, preliminary investigations revealed that there was no valid permit to import the controlled items.

In response to the smuggling attempt, the border control agency issued a witty remark, warning smugglers not to “toy” with them.

ICA officers are reliable guardians of our borders

Creative attempts to smuggle contraband across our borders will likely never cease in spite of many failed endeavours.

Kudos to ICA officers for being reliable guardians and defenders of our borders.

We hope ongoing investigations will reveal the perpetrators involved so they can receive their due punishment.