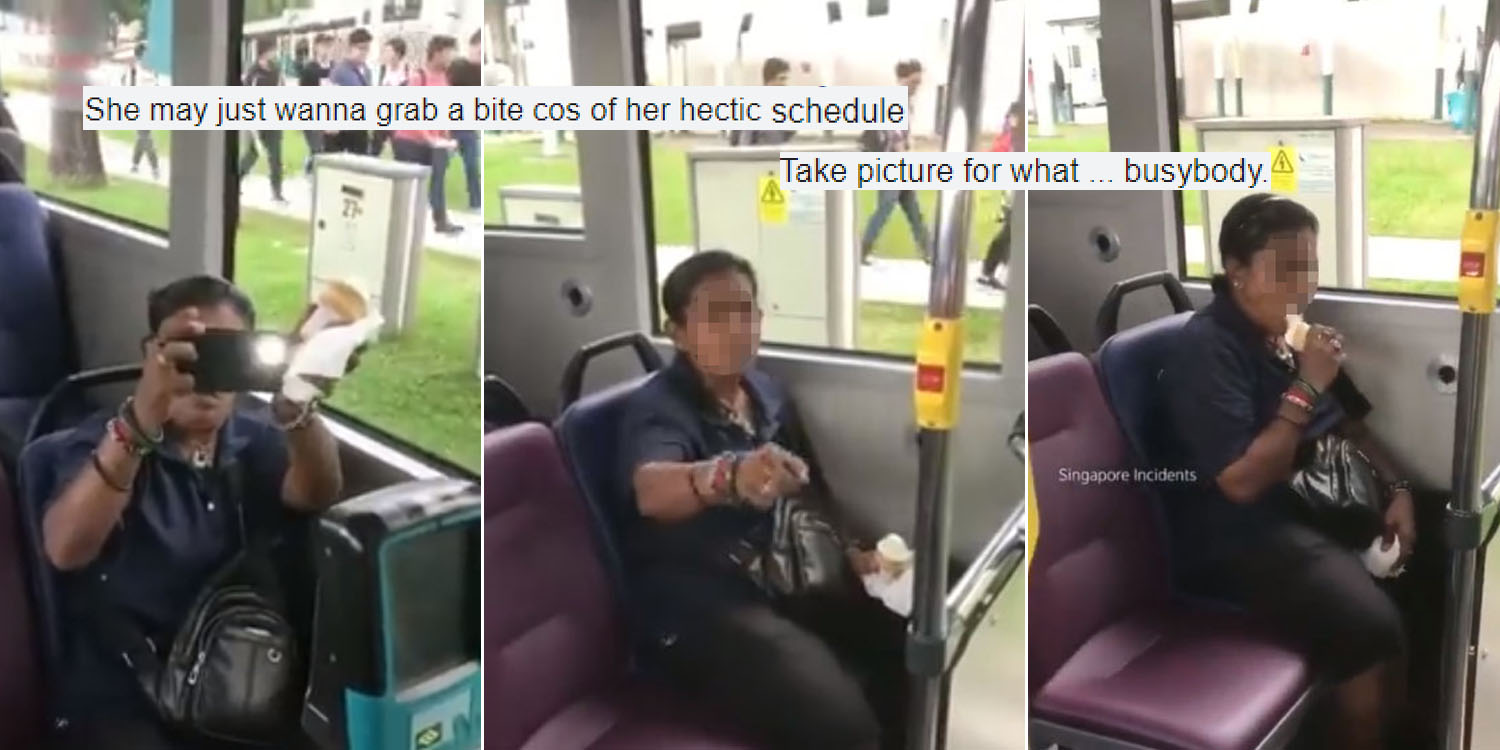 I scream, you scream.

Woman Hurls Vulgarities At Man But Netizens Defend Her

Have you ever been so bored on long bus rides that you began observing people for fun?

You try to ignore the uncle who digs his nose and flicks his fingers afterwards or the sleepy office worker sneaking a bite out of a sandwich.

But how far will you let such errant behaviour go before stepping in?

A man decided that he should catch a woman for eating on the bus, but things didn’t turn out as he expected. Here’s the video in full.

A woman holding what looks to be a half-eaten ice cream cone took a seat near the exit doors.

Nothing seemed amiss until she whipped out her phone and pointed it right at the person recording her, following his movements and setting the camera flash off. 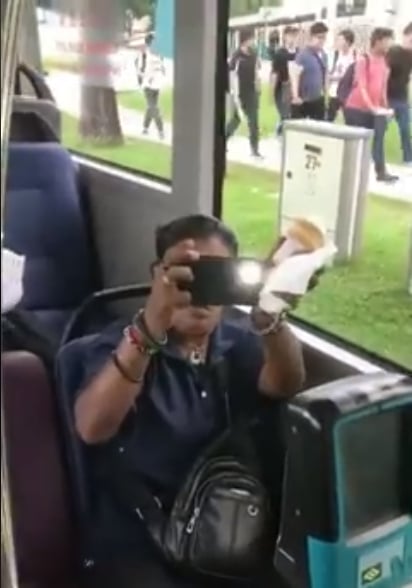 You’d wonder what was going on until she lowered her phone before hurling vulgarities at the man who was recording her.

She held on to her ice cream while wagging a disapproving finger in the air and throwing out words like chi bai and lan jiao.

We stan a multilingual queen who doesn’t let go of her food in a fight.

At one point, she even paused to lick her ice cream while the man continued to record her. 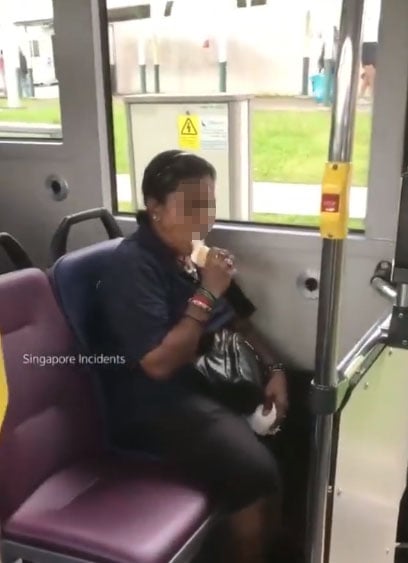 The man behind the camera didn’t keep quiet throughout the incident. If you listen closely, you can hear him taunting the woman from the start of the video.

He could be heard saying,”Ah, ya, you eat the ice cream inside. See.” as the woman snapped pictures of him on her phone. 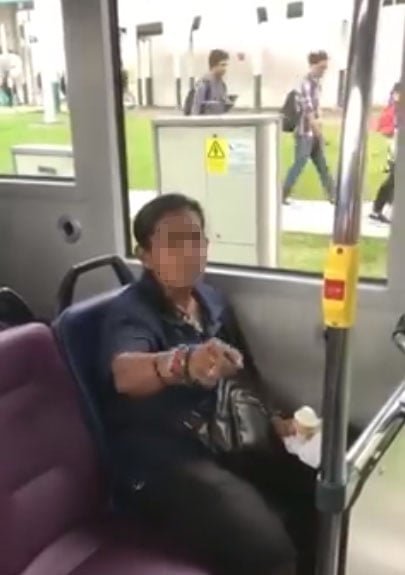 When she challenged him for recording her, he smugly replied that the law doesn’t allow eating on the bus.

The man remained unfazed as the woman cussed at him, claiming that he had caught everything she said on camera.

He ended the video sounding pleased as he applauded her for her tirade.

The man’s clear intention of shaming the woman online fell through after netizens reacted negatively towards him instead.

While some of them acknowledged that the woman did break the law and was rude, most agreed that it was not the man’s place to record and vex her the way he did.

One even went so far as to accuse him of harassing the woman and thus committing a crime himself too.

But we think the main point here is to leave such minor incidents to the authorities and let the law handle itself.

The most touching comments were from netizens who were understanding of the woman’s possible situation — that she might have been tired from work and had little time to eat.

We can’t fully blame the man for being a law-abiding citizen and calling out the woman for eating on the bus.

But perhaps he could have done so in a less antagonising way and approached the woman privately instead.

Like netizens have said, the woman could have had a long day and simply wanted to take the time out of her busy schedule to grab a bite.

The next time you see someone breaking the law, fight the instinct to immediately catch the act on camera and think of other ways you can manage the situation instead.

Everyone has the right to their own peace and privacy, so do respect that first before you try to flame someone online.