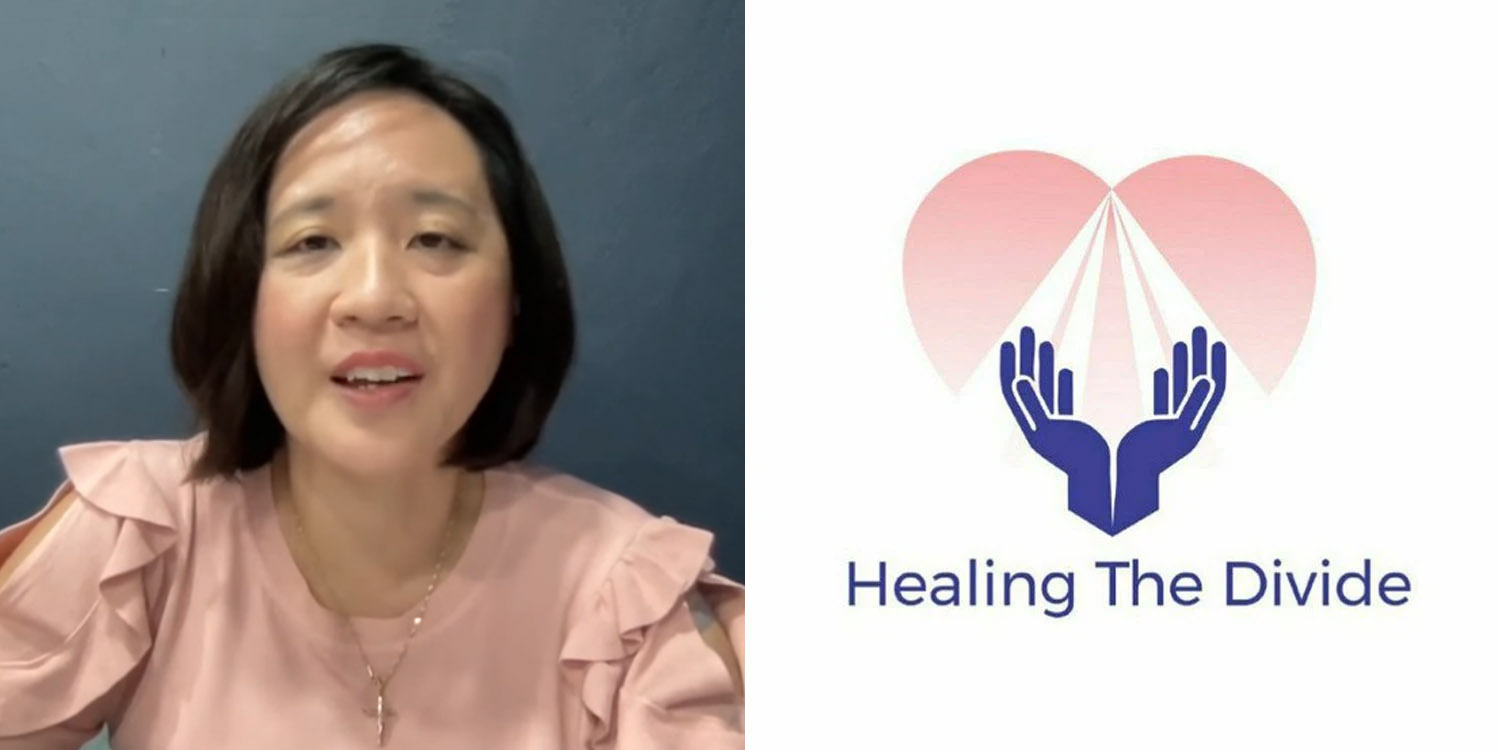 A few days back, the founders of an anti-vaccine group, Healing the Divide were investigated for allegedly asking others to overwhelm public hotlines with their concerns.

Since then, one of the founders, Iris Koh, has posted an apology video on Facebook.

In the video, Ms Koh said she felt call centres would be better equipped to deal with the queries she had been receiving following the announcement of vaccination differentiated measures.

Nevertheless, she apologised for not handling the matter properly and sought the public’s understanding.

In the video posted on Monday (29 Nov), Ms Koh apologised for asking members of the ‘Healing the Divide’ Telegram group to flood Covid-19 hotlines. Her message was sent on 11 Oct, right after PM Lee announced that unvaccinated people can no longer dine at hawker centres and visit malls.

Following that, Ms Koh apparently told members to give feedback and “flood” the hotlines of government agencies such as MOH, National Care Hotline, and MSF. 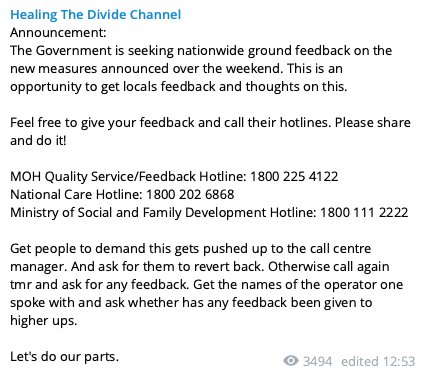 Ms Koh has since realised that her actions were “genuinely wrong” and apologised in the video.

She explained that she gave the numbers as she herself had been flooded with requests, cries for help, and even suicidal notes after the announcement.

Hence, she thought call centres would be better equipped to deal with queries that she did not have the answers to.

Iris Koh apologises and hopes the public can be sympathetic

Ms Koh said there were many angry citizens who were angry and confused after the measures were announced.

Furthermore, as the announcement was made on a Saturday afternoon, most government services were closed.

As such, many turned to Ms Koh for help.

When Ms Koh saw that the ministries were looking for feedback, she apparently felt relieved as there was a platform for people to share their concerns.

At first, Ms Koh told Telegram members to “give their feedback and flood their hotlines”. However, she later changed the term “flood” to “call”, which was more generic.

After explaining her side of the story, Ms Koh hopes the public can be more sympathetic to those who are not fully vaccinated for various reasons.

Since then, she had started another Telegram support group providing “neighbourly support” for the community, such as helping to buy groceries, medicine, and special dietary products from malls.

Ms Koh said most members simply need a listening ear or a friend apparently as their family members no longer talk to them. Others have also experienced tensions at their workplace and cannot continue working come 1 Jan 2022.

Only Vaccinated Staff Allowed At Workplaces From 1 Jan, Others Must Take Pre-Event Tests

Ms Koh explained that Healing the Divide is about “healing the divisions in our society caused by these (Covid-19) differentiated measures”.

She believes this is the time to “stand together as a nation” instead of letting our vaccination statuses divide us.

She also sought everyone’s understanding and forgiveness if they felt she did not handle the matter properly.

Lastly, she hoped those sympathetic to the cause of building a united Singapore step forward and reach out to the group.

Such individuals can join their neighbours for neighbours programme to help those unvaccinated and currently disenfranchised.

With regard to investigations, Ms Koh said she will be assisting the police by providing data collected on distress messages she received.

While Ms Koh seems to be coming from a good place, she should have considered the consequences of her words and actions.

We hope Ms Koh learns from this incident and will refrain from posting messages which may obstruct public servants’ from carrying out their duties.

Featured image adapted from Iris Koh on Facebook and Healing the Divide on Telegram.