10 Jamie Chua Facts That Will Make You Green With Envy 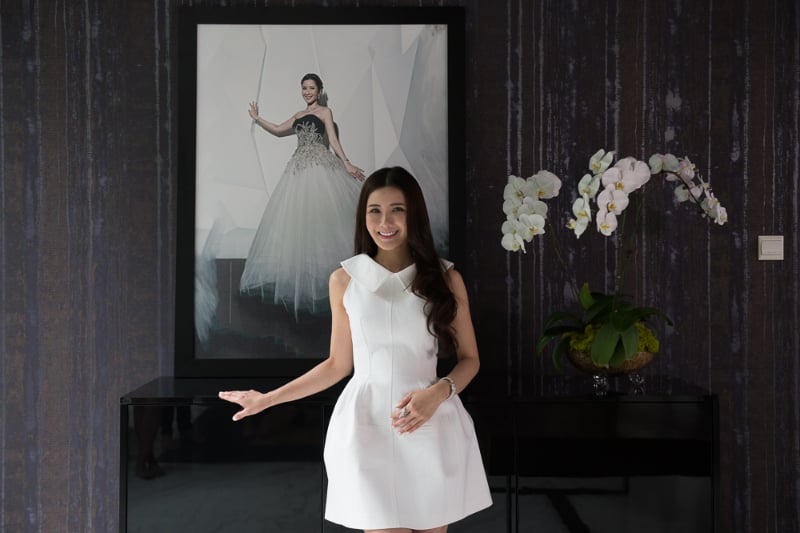 Mirror, mirror on the wall. Who’s the richest of them all?

You guys are probably here because of the video on Jamie Chua’s massive HDB flat-sized wardrobe, that contains her $400,000 Himalayan Birkin bag. You know, this one —

Well, she’s not just known for owning hundreds of bags and shoes. In fact, here are are some facts you didn’t know about socialite Jamie Chua.

With her youthful looks, the 42-year-old hardly looks like she’s been on earth for nearly half a century, and could be mistaken for someone half her actual age. On Instagram, followers get to have a glimpse of her picture-perfect life, from the branded goods she owns to her jet setting lifestyle.

It’s no wonder she has commanded such a huge following on Instagram. In a high-profile divorce with Indonesian multi-millionaire Nurdian Cuaca, she famously asked for $450,000 a month in alimony, and even successfully froze her husband’s $93m assets during their divorce case battle.

The pair filed for divorce in February 2010, citing “unreasonable behaviour”.

In November 2011, the pair reached an amicable settlement in their divorce.

2. She used to be a Singapore girl

What better way is there to fly than with Singapore Airlines?

At 17, Chua was an air stewardess with Singapore Airlines. Three years later, she met Indonesian tycoon Nurdian Cuaca when Cuaca flew in Business Class. She soon married him and began living the high life as a tai-tai. 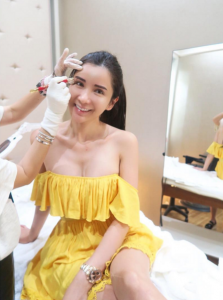 In an interview with Her World Plus, Chua revealed that she puts in more effort into her beauty and skincare routine than her fashion one.

This means splurging $14,000 a month on herself so she can look like she’s in her twenties. Her beauty regimen, like most tai-tais, comprises of weekly massages, facials, as well as slimming and hair treatments.

Chua is the mother of two, 17-year-old daughter Calista and 21-year-old son Cleveland. We bet she’s been mistaken as their sister countless times. 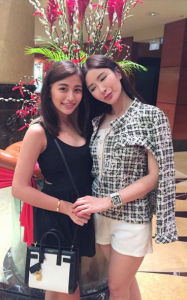 If I pamper my kids by giving them extravagant gifts at the snap of my finger, they will grow up not learning anything. I don’t want to spoon-feed them and watch them grow up to be overly dependent on their parents. It is not good.

Despite this, she once gifted her son with his most expensive present — a Range Rover that costs more than $270,000. She also buys him branded shoes from Givenchy and Valentino – brands he regularly wears — and they usually cost over $1,000 a pair. However, she had turned down his request to buy him an exotic supercar as he is still too young.

As for Calista, Chua buys her Chanel handbags at $6,000 each.

So much for not splurging on them.

6. She teaches her daughter how to pose

Which mum would buy her daughter branded Chanel bags, appear on magazines together, and teach her daughter how to pose?

Jamie Chua, that is.

Learn from the mother of all #OOTDs. 7. She has her own beauty line In April this year, the entrepreneur started Luminous1 by Jamie Chua, her own beauty line.

Chua also swears by the masks from her brand:

I use facial masks twice a day – I use a brightening one when I wake up and a collagen one before bed. I’m using those from my own brand, Luminous1 by Jamie Chua. I’ve tried other brands such as SK-II and even South Korean brands, but I couldn’t find an ideal one, so I decided to make my own.

Maybe her products are made from the fountain of youth?

8. Her maid is Leticia

It seems like celebrity maid Leticia Bongnino has found a new employer and doesn’t have to carry boy boy’s bag anymore. 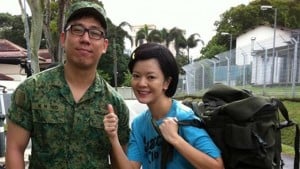 But Leticia certainly doesn’t have it easy.

For those of you who missed the last episode of The Noose last night, this is my favourite part! ?? @ec24m ?? In case you didn’t get it, the duo was shooting a scene for The Noose.

However, in 2013, Chua shared in an interview with The Straits Times that her helpers take her photos that are shared on Instagram, and they usually have to retake several times until Chua is satisfied.

9. She has one of the largest collection of Hermes Birkin bags in the world 10. She has a supportive boyfriend

The social media savvy socialite often uploads pictures of her boyfriend on Instagram. According to her, her boyfriend is…

More of Jamie Chua to come

Chua has always been very open with her light and is constantly in the media spotlight.

Besides Chua’s fulltime job as a tai-tai, she is also an entrepreneur and endorses her own beauty line Luminous1. It’ll be interesting to see what Chua will be up to next. In the meantime, we’ll be stalking her Instagram page and drool over her Hermes Birkin bags.

What do you think? Is Jamie Chua living the high life?

Featured image via Goodrich Global
With reference to Lollipop, Asian Parent, Asia One, So Shiok