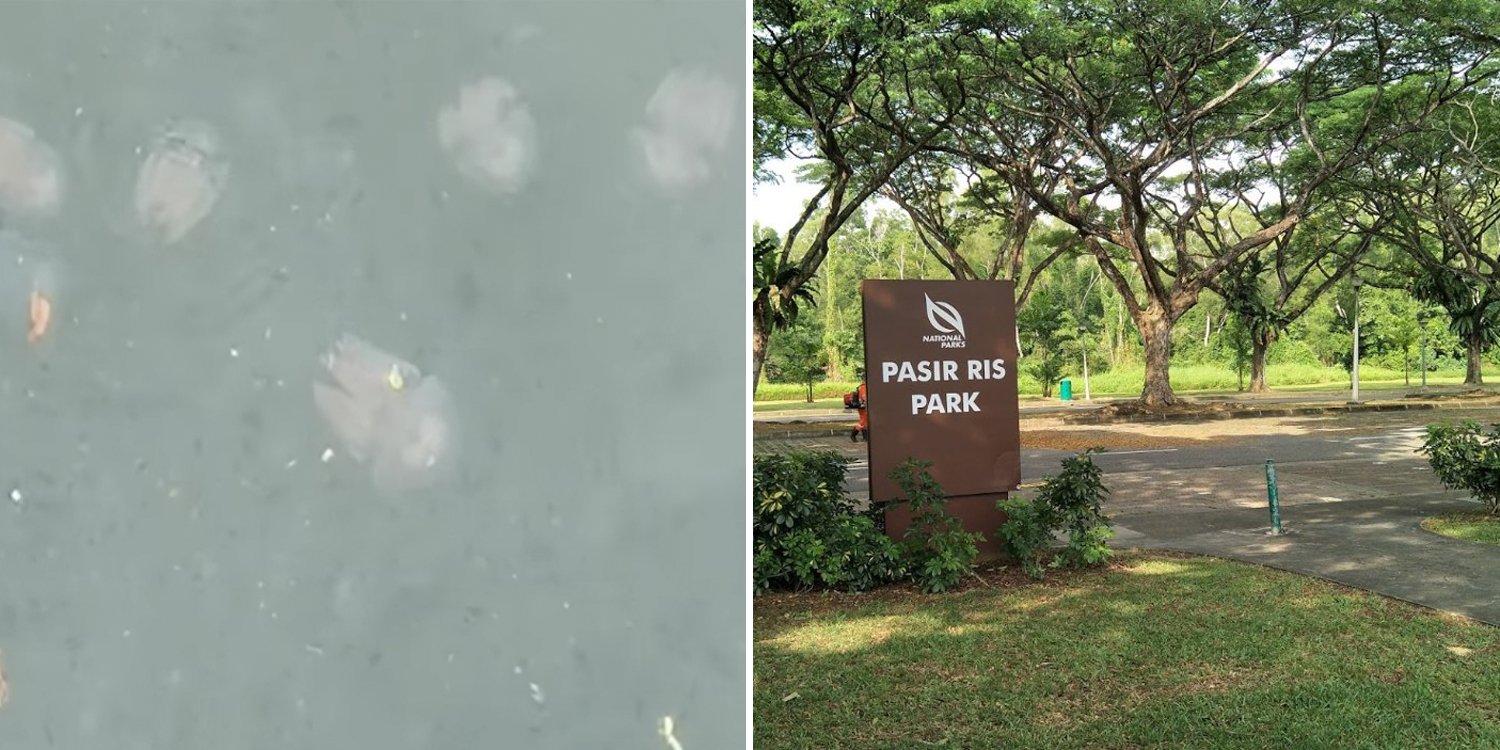 Although it might not seem like it on first sight, Singapore is teeming with wildlife. We are, after all, known for being a garden city.

On Tuesday (13 Oct), a netizen spotted a large bloom of jellyfish bobbing around in the mangrove waters at Pasir Ris Park and shared a video of it on Facebook. 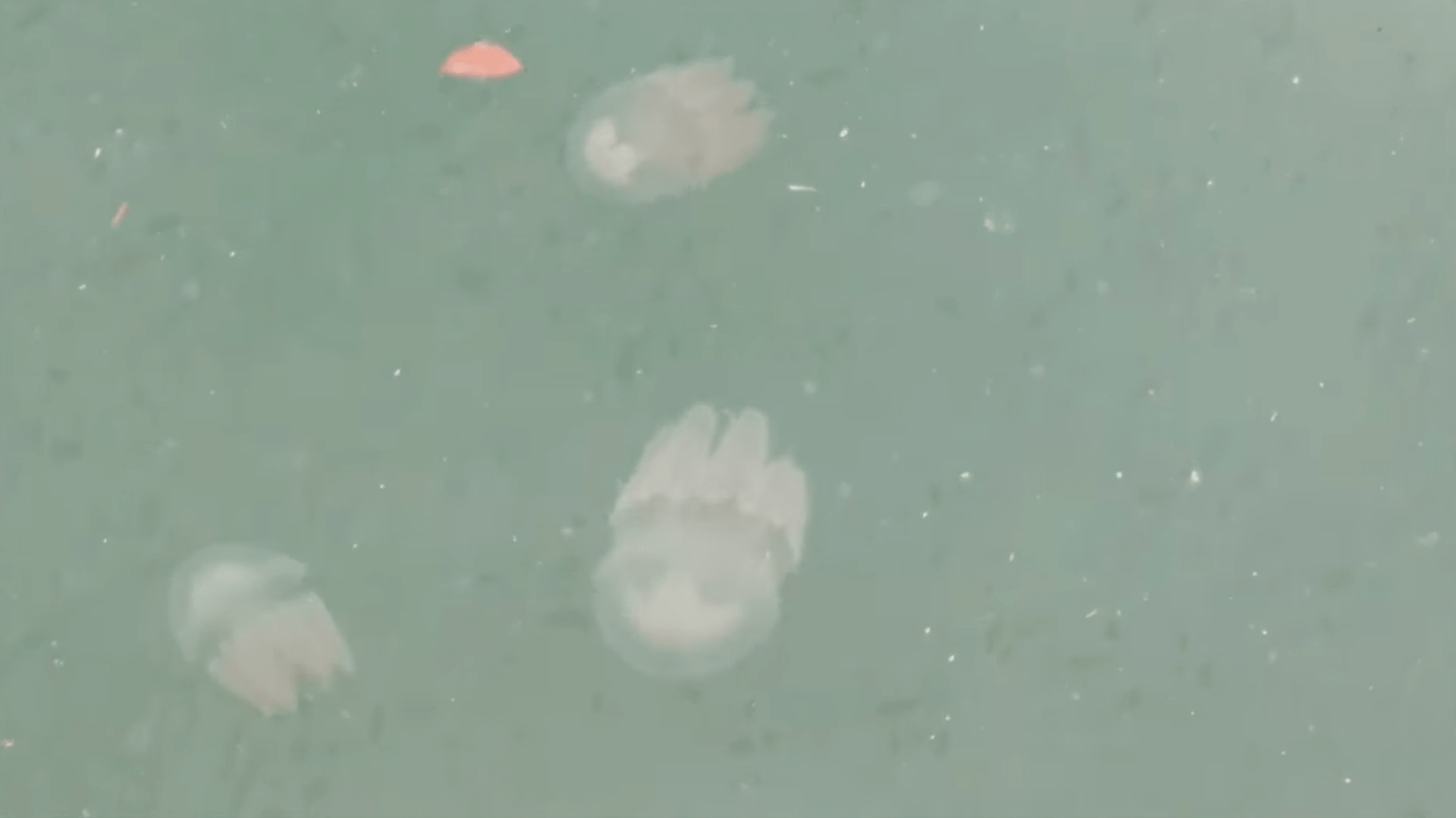 The smack of jellyfish is so huge, it’s hard to even count how many there are.

On Tuesday (13 Oct) morning, a netizen named Mr Ang shared a video of his jellyfish sighting at Pasir Ris Park. 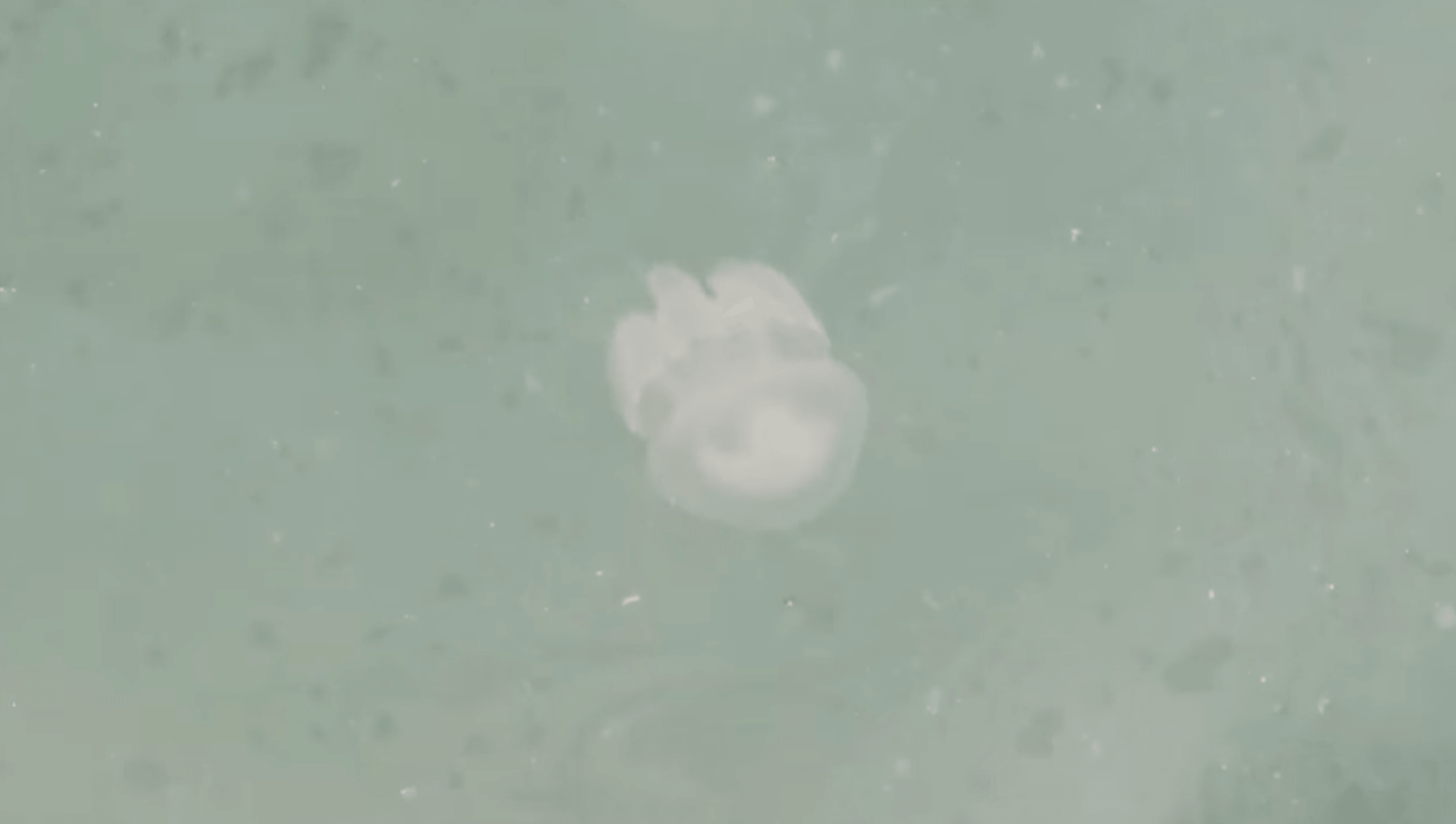 The jellyfish were allegedly spotted at Pasir Ris Sungei Tampines River Mouth at about 9am.

At the time, the tide was high and measured about 2.4metres.

Even through the murky waters, one can clearly see the jellyfish happily ‘bobbing’ downstream.

Mr Ang shares that they were probably Mangrove Jellyfish, typically seen in large groups near mangroves.

The species can be identified by their 6-8cm large bell and the ‘tails’ attached to each ‘arm’.

They also move with distinct short bobs as they contract their bells.

The adorable way these creatures move around sure is therapeutic.

You can watch the full video of these beautiful jellyfish here.

Keep a distance from jellyfishes

Despite being rare sightings, Mangrove Jellyfish have been spotted in Singapore and even in waters near Pasir Ris mangrove.

Just recently in August, they were apparently also seen by a group of kayakers at Sungai Simpang mangroves. 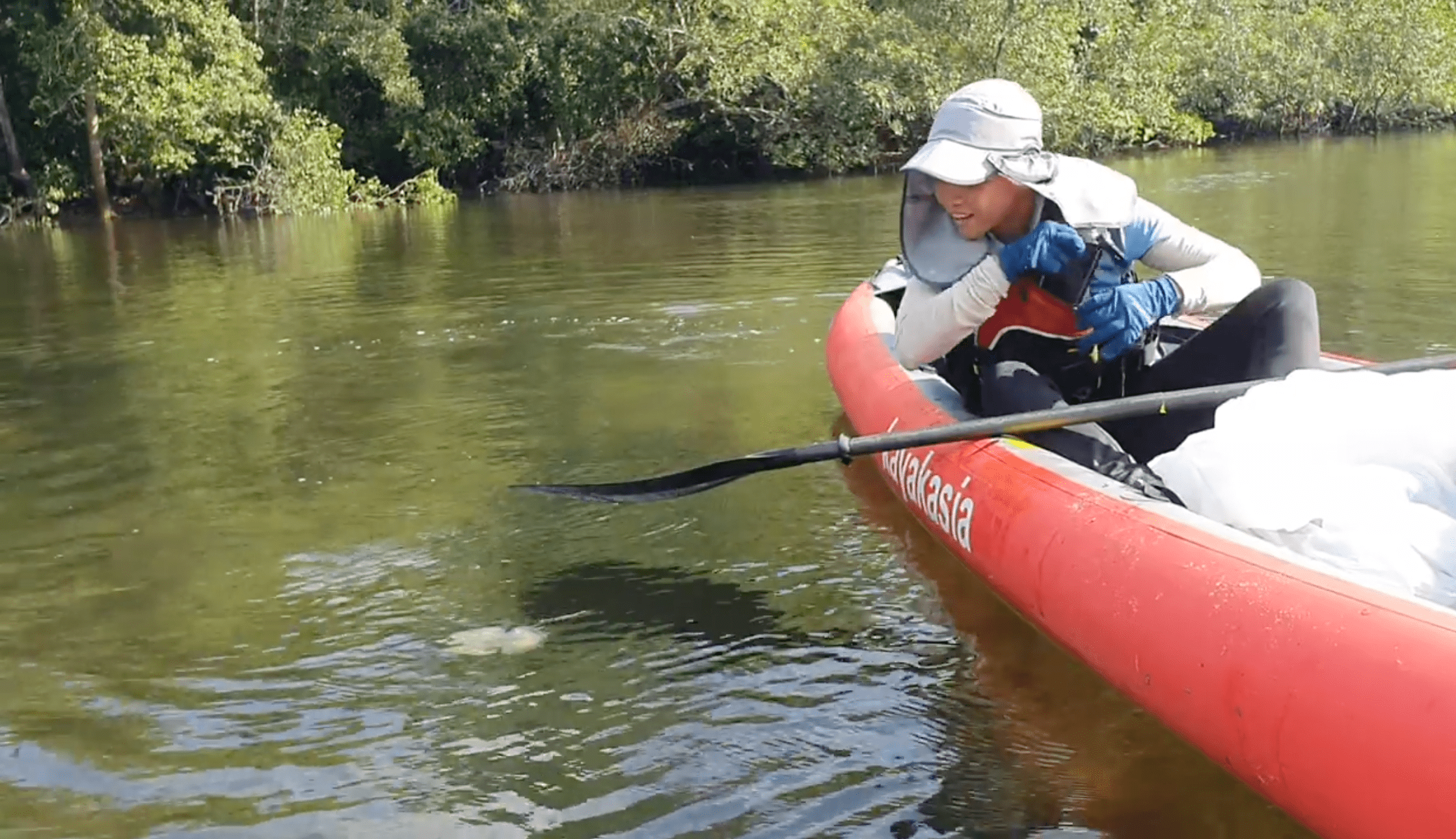 This year, there have also been numerous sightings of the highly-venomous Box Jellyfish along Sentosa’s coastline. It was seen again on Friday (9 Oct) at Siloso Beach, prompting authorities to restrict access to waters in the vicinity.

Although the Mangrove Jellyfish is not as deadly nor poisonous as Box Jellyfish, one should still keep their distance as they can be dangerous, especially when they swarm.

Seeing such a rare sight of Singapore’s wildlife must be quite the experience for Mr Ang.

2020 has been a challenging year for many. But on the bright side, we’ve also seen many of Singapore’s wildlife returning to our shores as human traffic fall.

Hopefully, we can all learn to appreciate living alongside nature’s beautiful creations without hurting or bothering them.