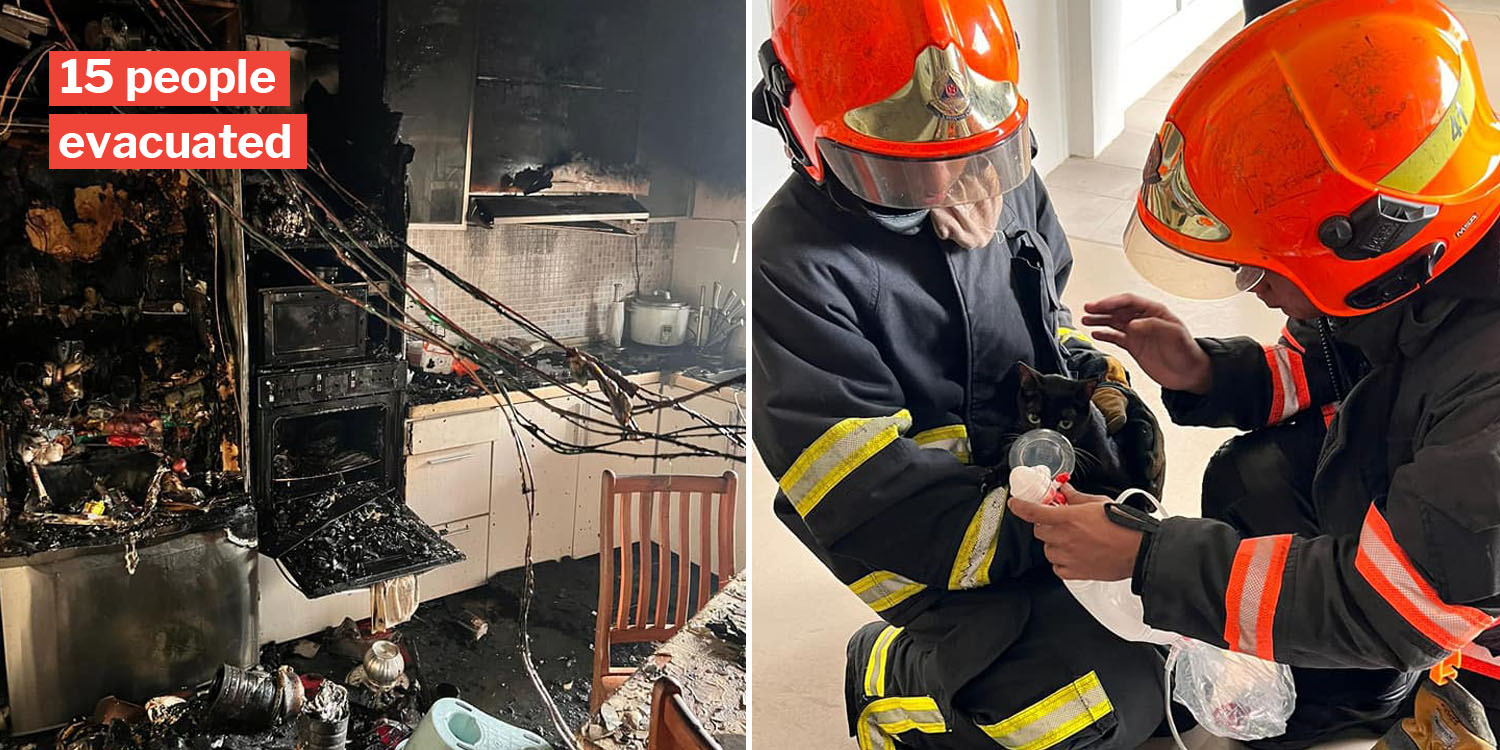 An infant was sent to the hospital as a precaution.

The kitchen is where we cook delicious meals for the family to enjoy. But when we’re not careful, it can become the site of a fire.

On Monday (13 Jun), the Singapore Civil Defence Force (SCDF) shared that a fire had broken out in the kitchen of an HDB unit at Jurong East. 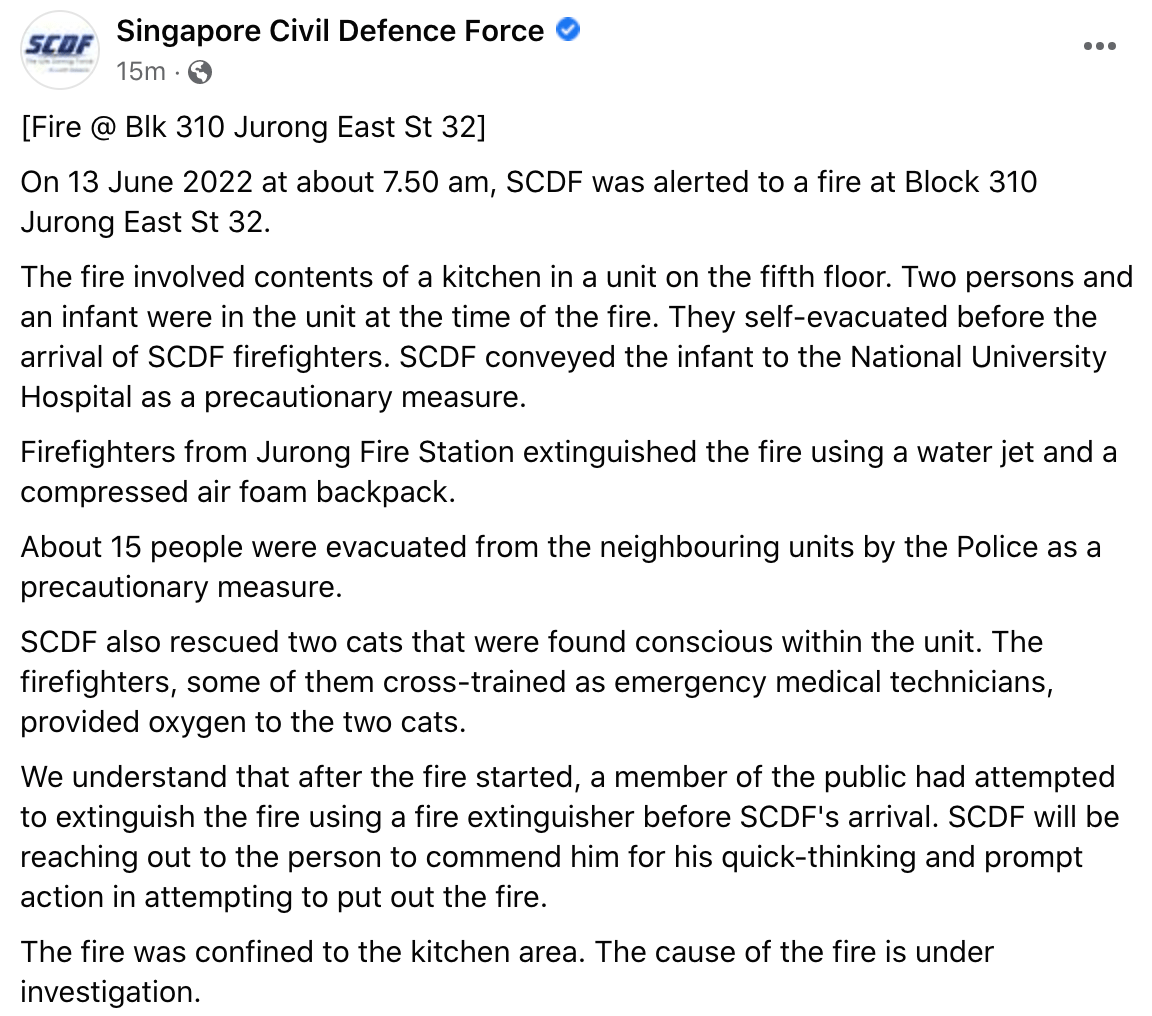 Two people and an infant in the affected unit self-evacuated before SCDF firefighters arrived. SCDF conveyed the infant to a hospital as a precaution.

Two cats that were found within the unit were also provided with oxygen. The fire involved the contents of a kitchen in a fifth-floor unit.

When SCDF arrived at the scene, the two people and the infant in the unit had already self-evacuated.

The SCDF later conveyed the infant to the National University Hospital as a precautionary measure.

Following that, firefighters from the Jurong Fire Station extinguished the fire using a water jet and a compressed air foam backpack. 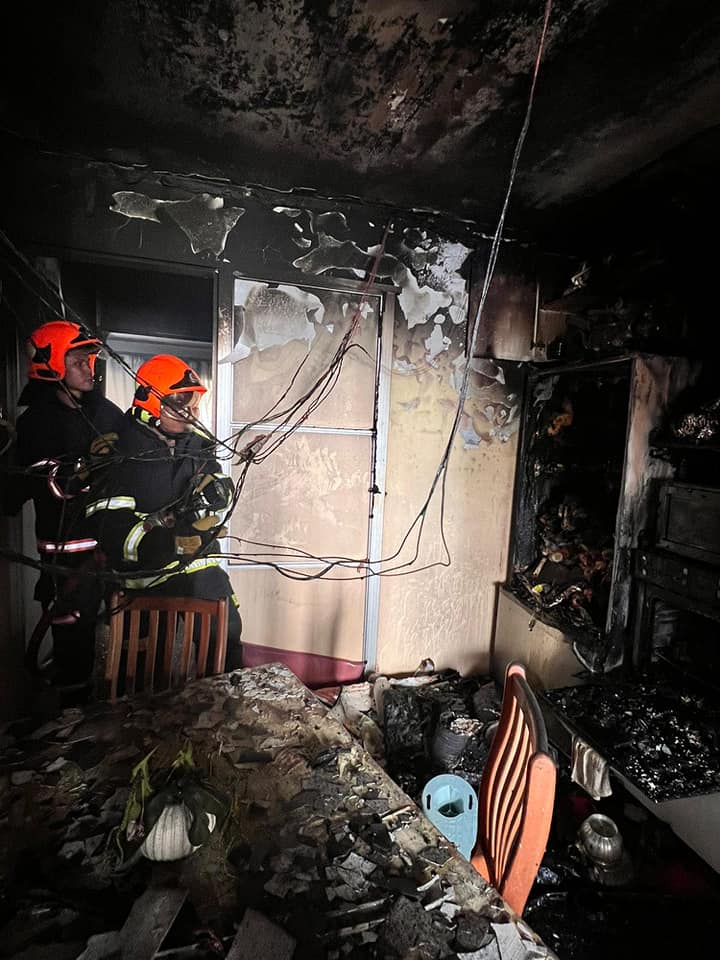 The police also evacuated 15 people from the block as a safety measure.

During the incident, the SCDF rescued two cats that were found conscious in the flat.

Firefighters who were cross-trained as emergency medical technicians then administered oxygen to the cats. 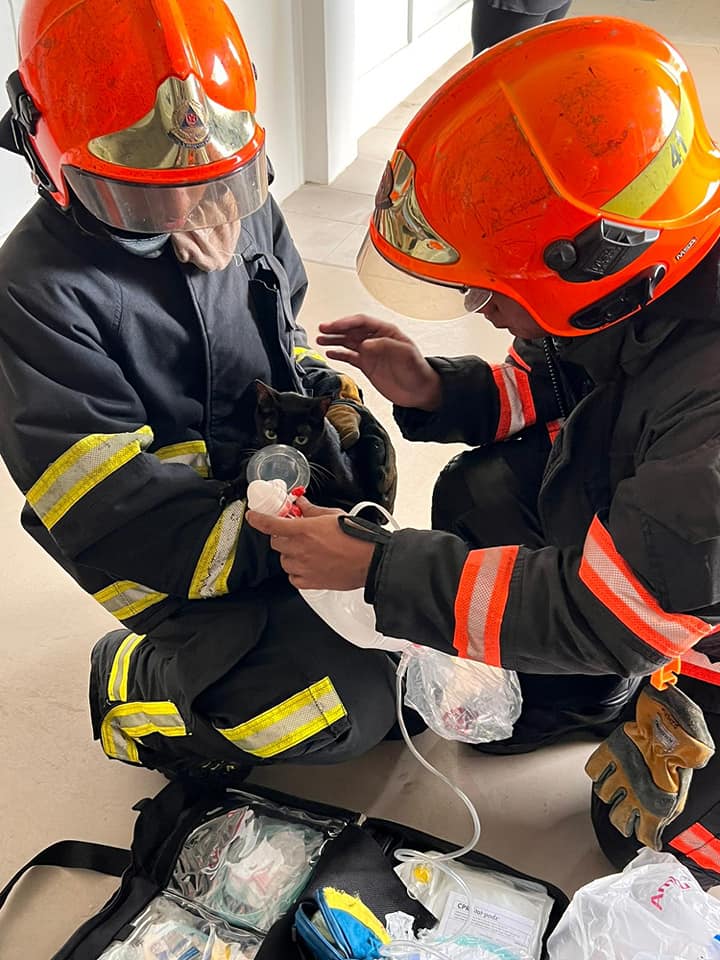 SCDF added that after the fire started, a member of the public had tried to extinguish the fire with a fire extinguisher before they arrived.

They said they would be reaching out to the person to commend him for his “quick thinking and prompt action” in trying to put out the fire.

Cause of fire now under investigation

Pictures showed that the kitchen area with an oven and microwave were badly charred by the fire. 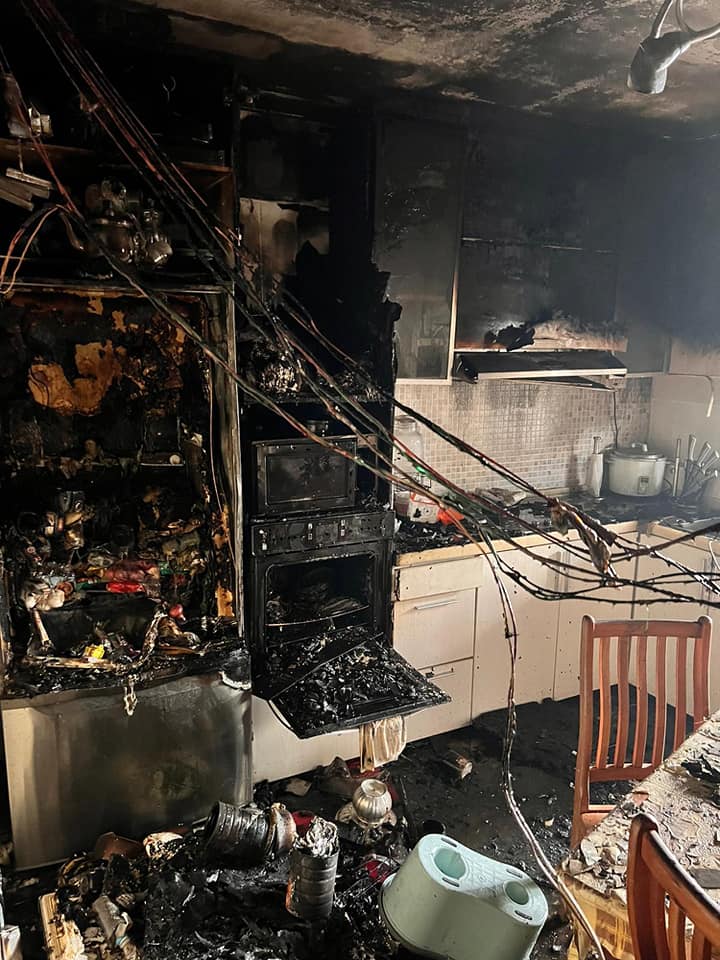 Observe fire safety in your home

Once again, thanks to our trusty SCDF officers, there were no injuries reported, and the fire was put out quickly.

Singapore has seen a spate of fires recently.

So do remember to observe fire safety in your own homes. Turn off all appliances when leaving the house and avoid overloading electrical outlets.