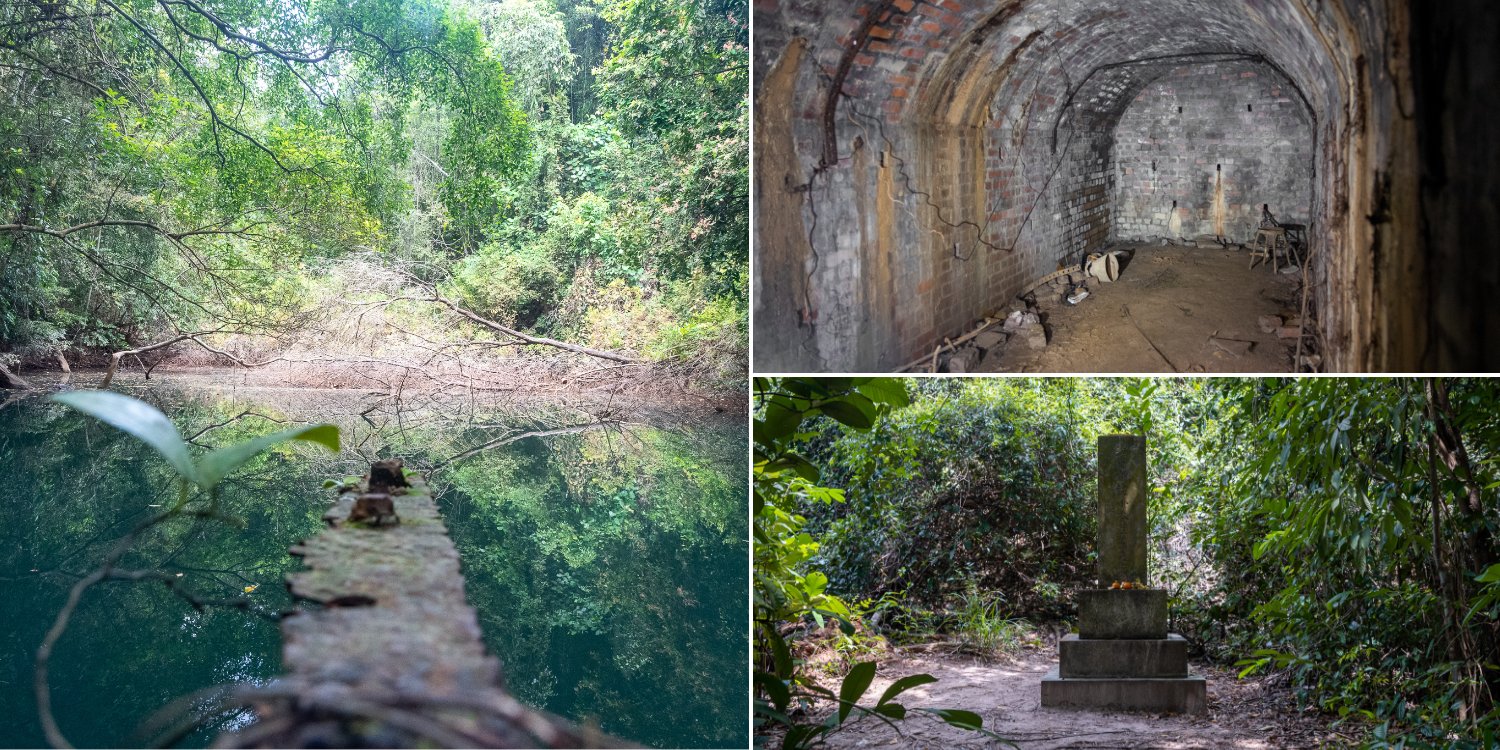 A hike through history.

Being a small country, one may think that all the hidden gems on our island nation have become well-known. However, there are some that have been forgotten over the years as Mother Nature reclaims them. 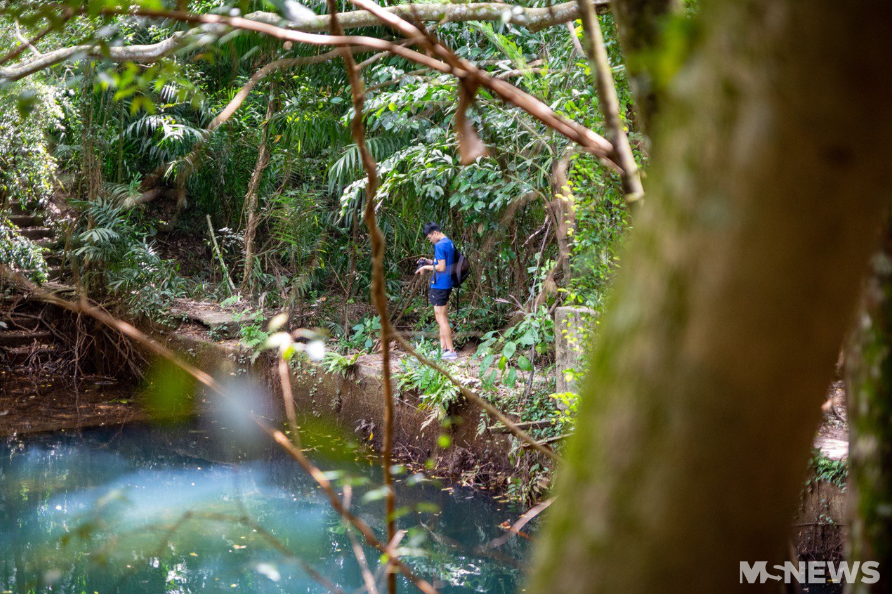 Recently, hikers rediscovered them and have made their way to get up close and personal with Singapore’s history.

We too had gone on an expedition of sorts to check out these hidden gems. Here’s a glimpse at the hidden treasures of the Keppel hiking trail in Telok Blangah.

Seah Im Bunker is the easiest to reach, given that it’s nearest to Seah Im carpark near VivoCity.

The point of entry is a rather large hole in the fence at the carpark, next to a heritage tree. 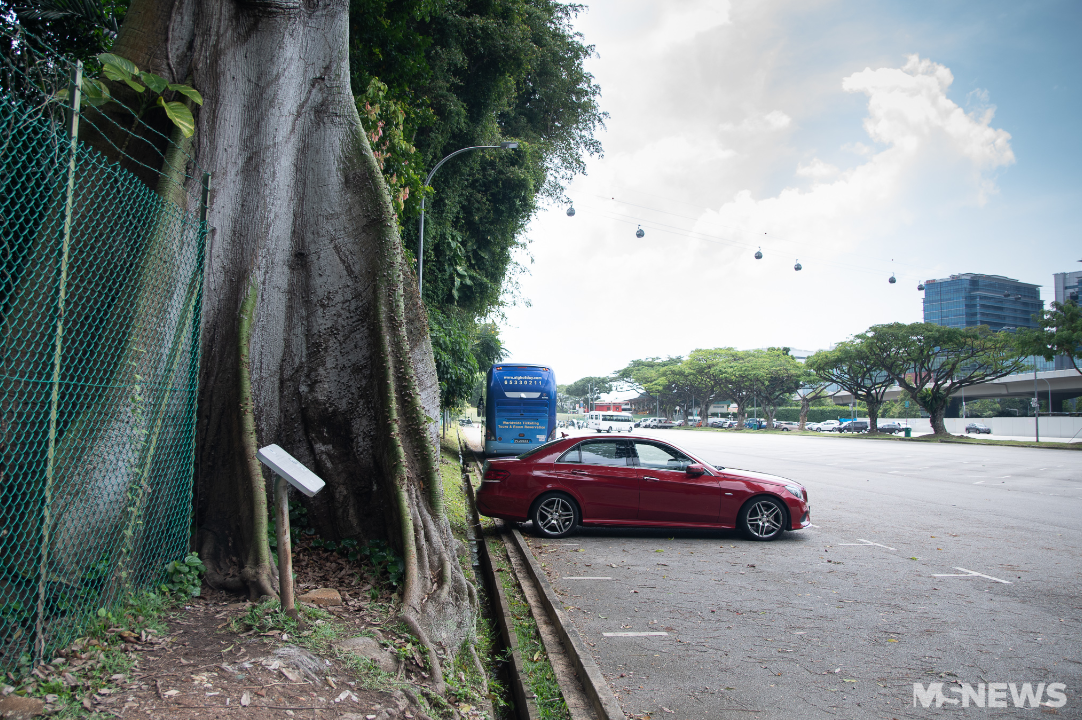 Within about 10 metres, you’ll see its tiny entrance, which wouldn’t look out of place in an Indiana Jones movie. 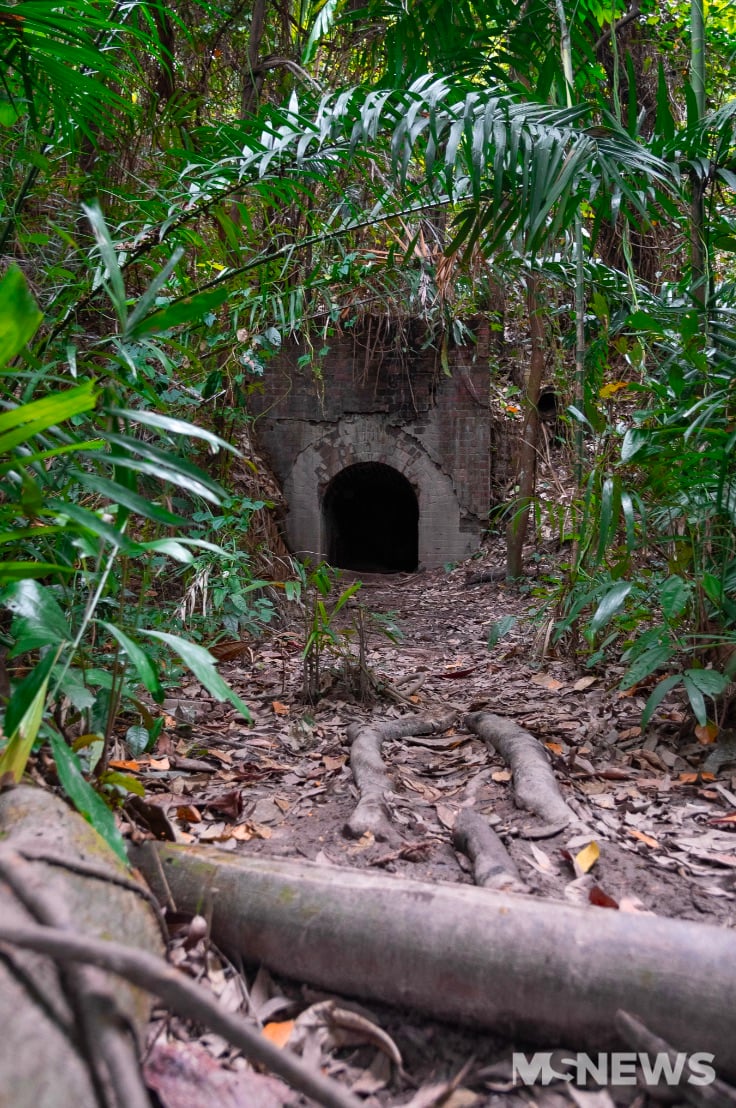 Space is pretty tight and you may have to crouch to navigate the narrow tunnel. 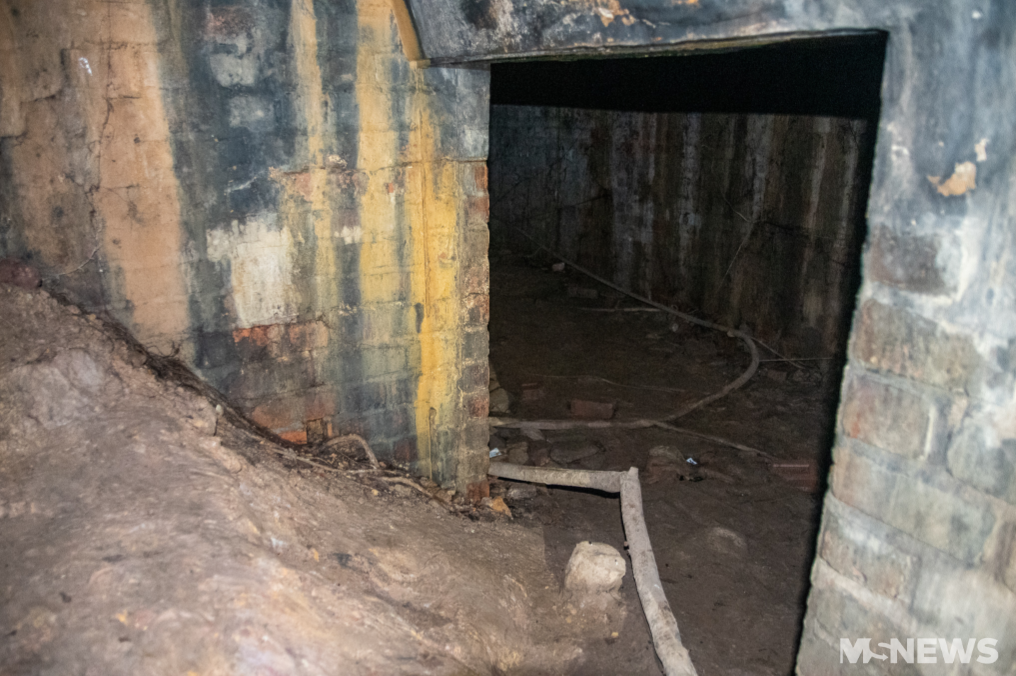 Once inside, you’ll find yourself in pitch darkness. Do turn on your smartphone’s flashlight to illuminate the room. 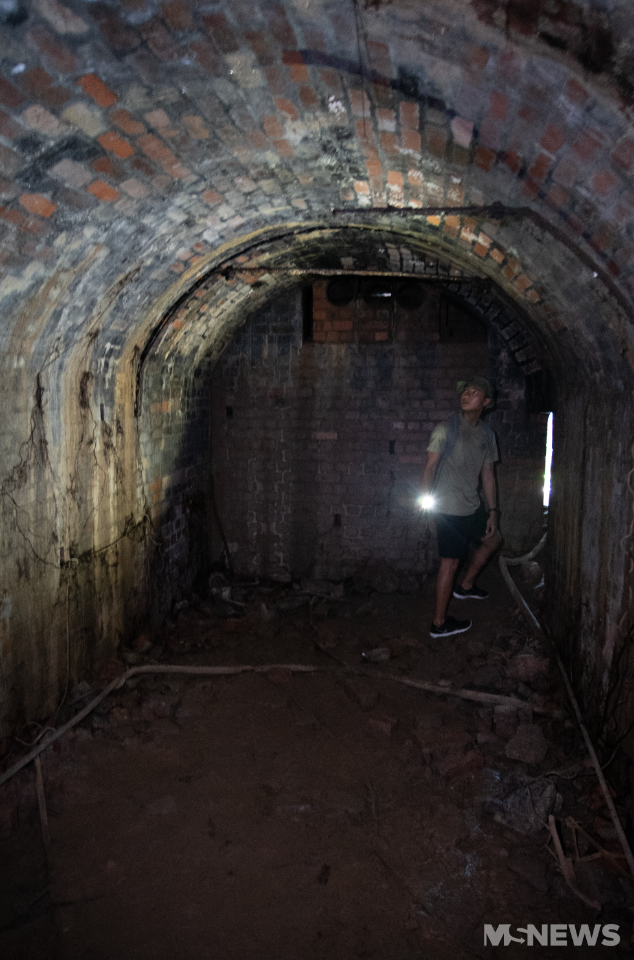 Upon doing so, one will be able to see the damp and cramped brick-walled room.

According to Remember Singapore, the bunker was likely built before WWII and might have been used to hold prisoners of war (POWs) or ammunition for the British.

Besides some broken bits of furniture, there isn’t much that remains of the bunker’s furnishings. Do go with a friend or two, as you’d have someone’s arm to hold on to if you trip over scattered items in the darkness.

The next stop on our list is Keppel Hill Reservoir, which requires an uphill hike.

Thankfully, kind-hearted hikers have tied guide ropes to help others along their way. 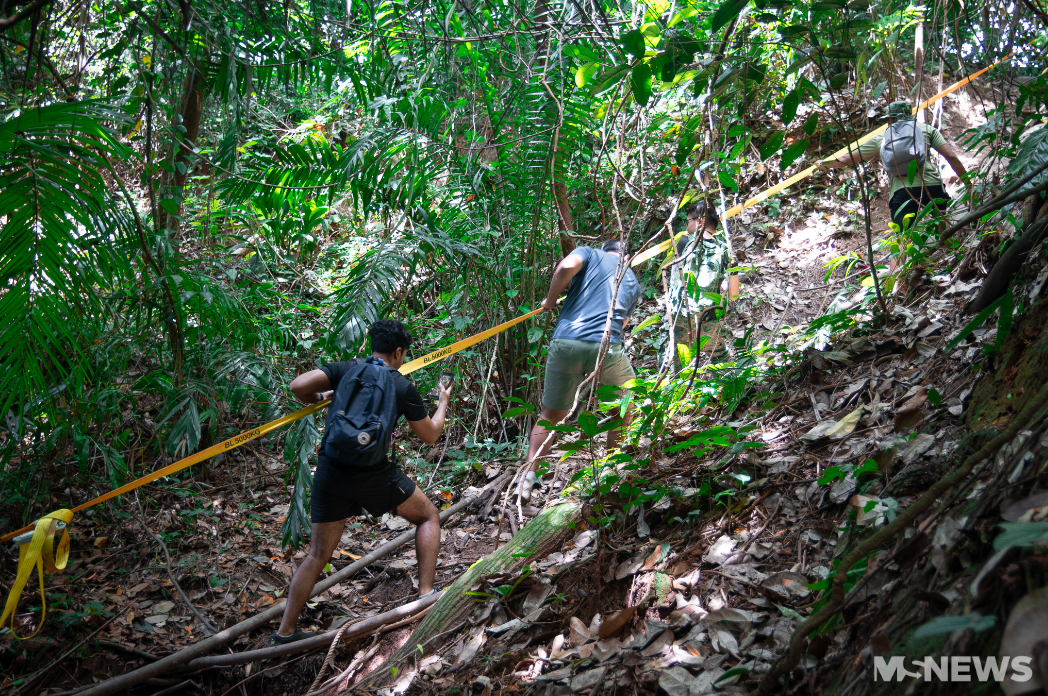 Once you’ve made your way to the top, follow the path that looks the most well-trodden. After all, when in doubt, follow where others go. 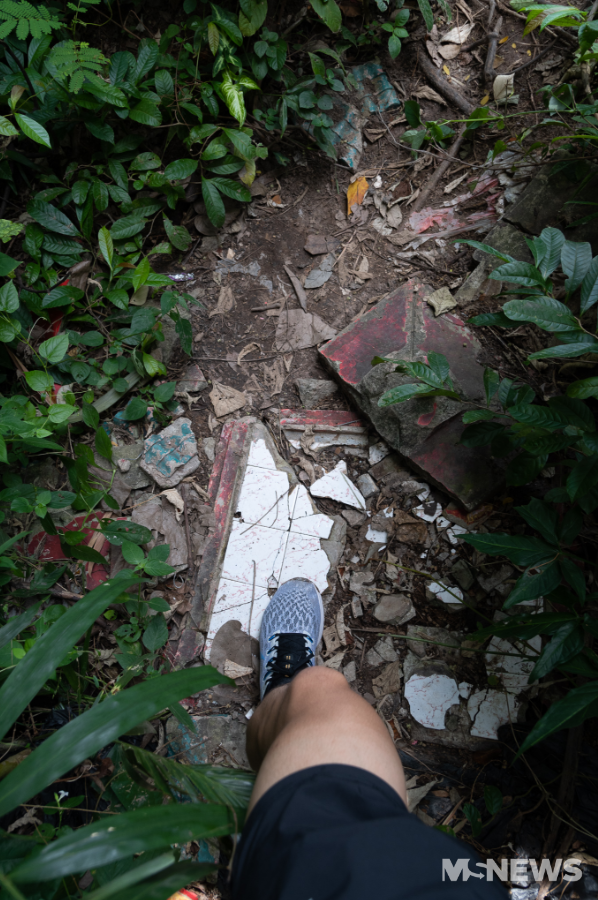 After a few minutes, you’ll come across a paved road which leads to a large puddle.

You can get around it via the path on its right. This will take you further into jungle. 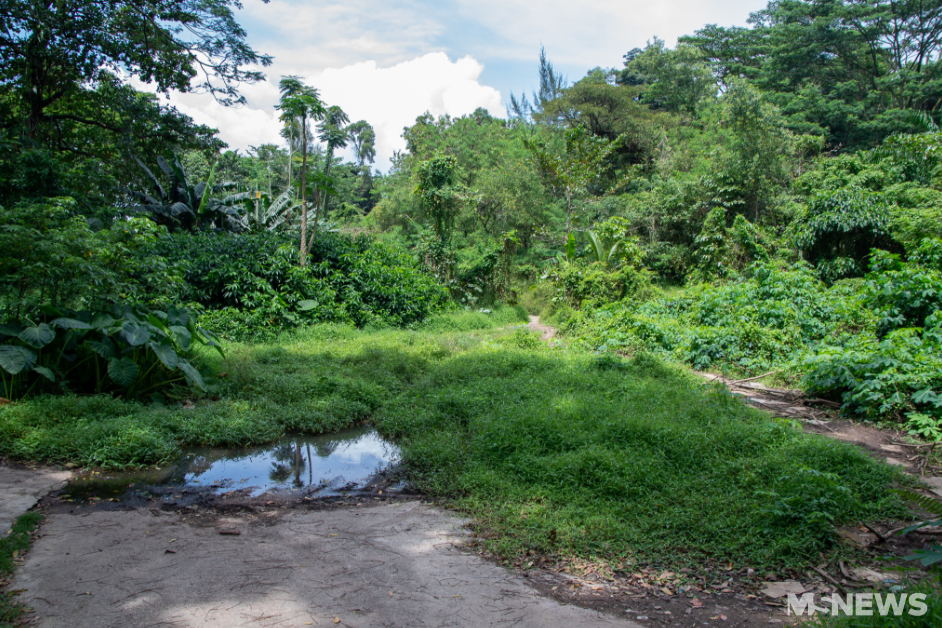 However, fret not as a clear path can still be seen. 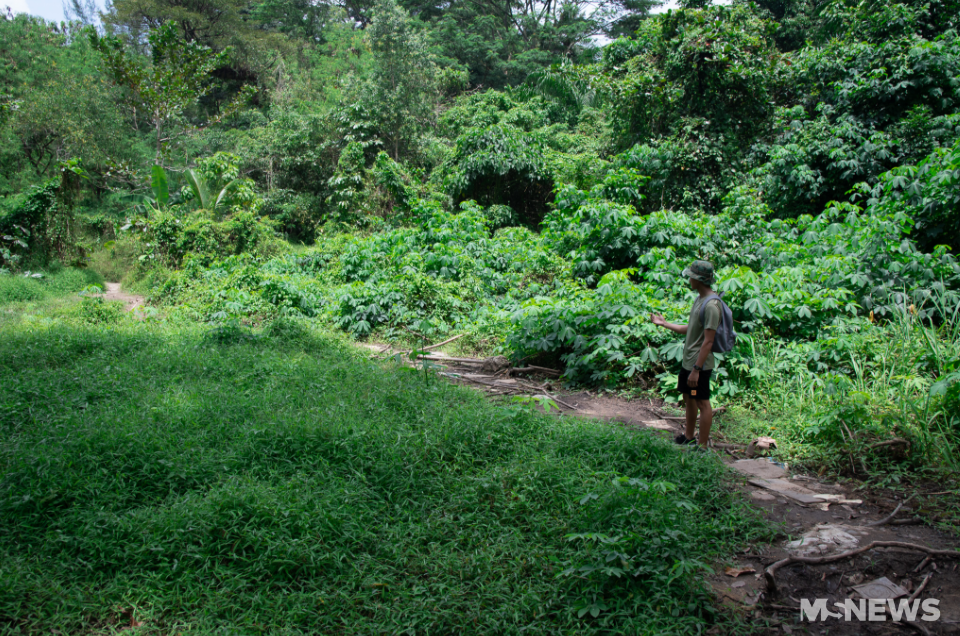 You’ll encounter Y-junctions along the way. Taking the left path will bring you closer to Keppel Hill Reservoir. 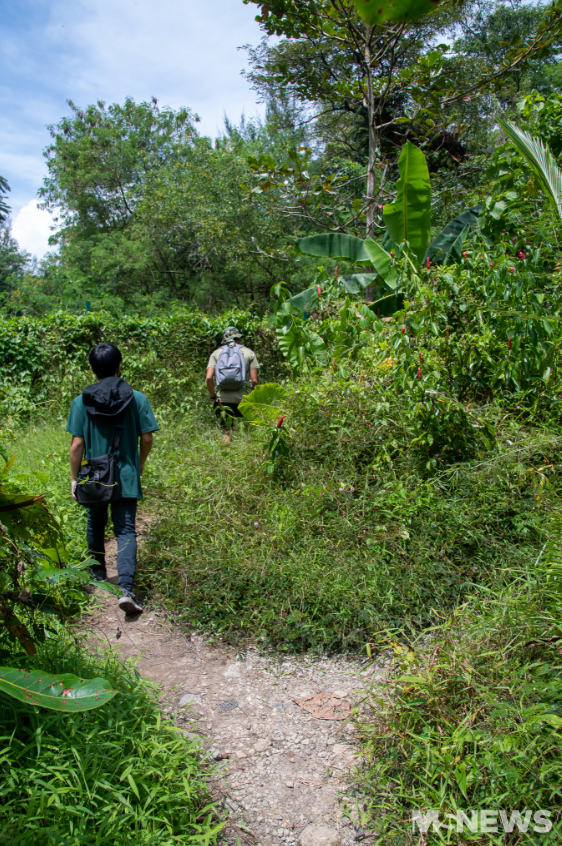 Finally, you will reach a concrete bridge, with the reservoir waiting on the other side. 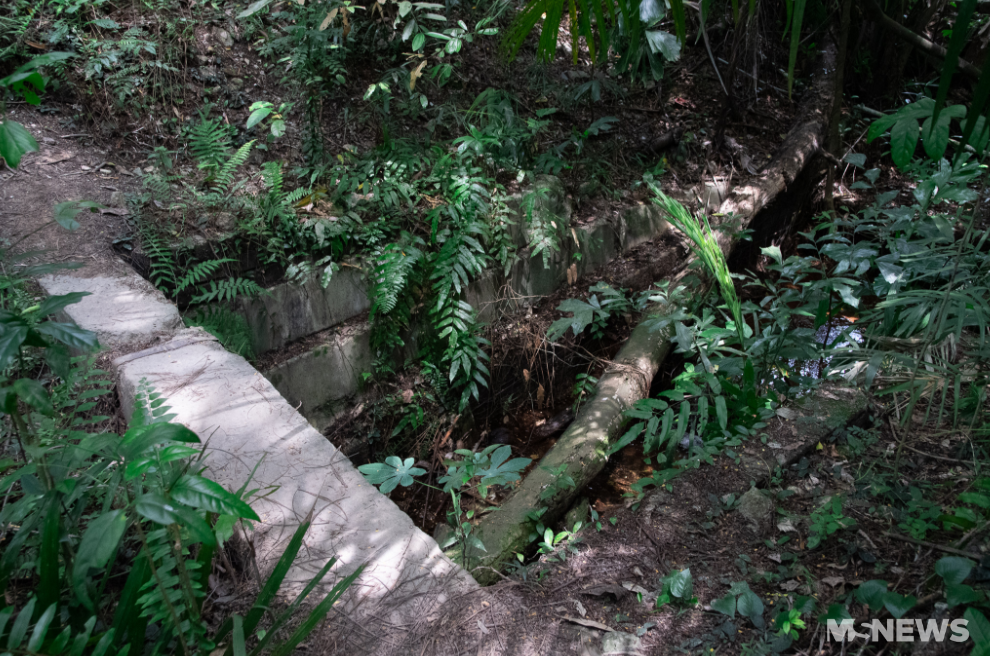 The scene on the other side is one of serenity and calm. 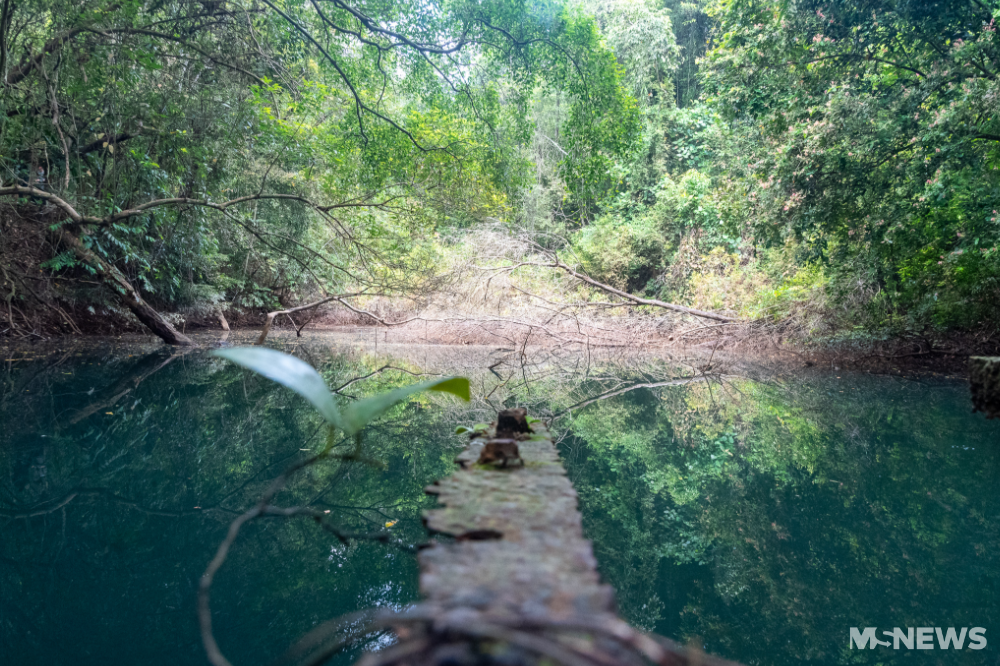 The still waters of the reservoir could be due to the thick flora of Mount Faber, which blocks the wind.

Devoid of movement, the water looks like a mirror, which reflects the baby blue sky and the lush crowns of trees overhead. 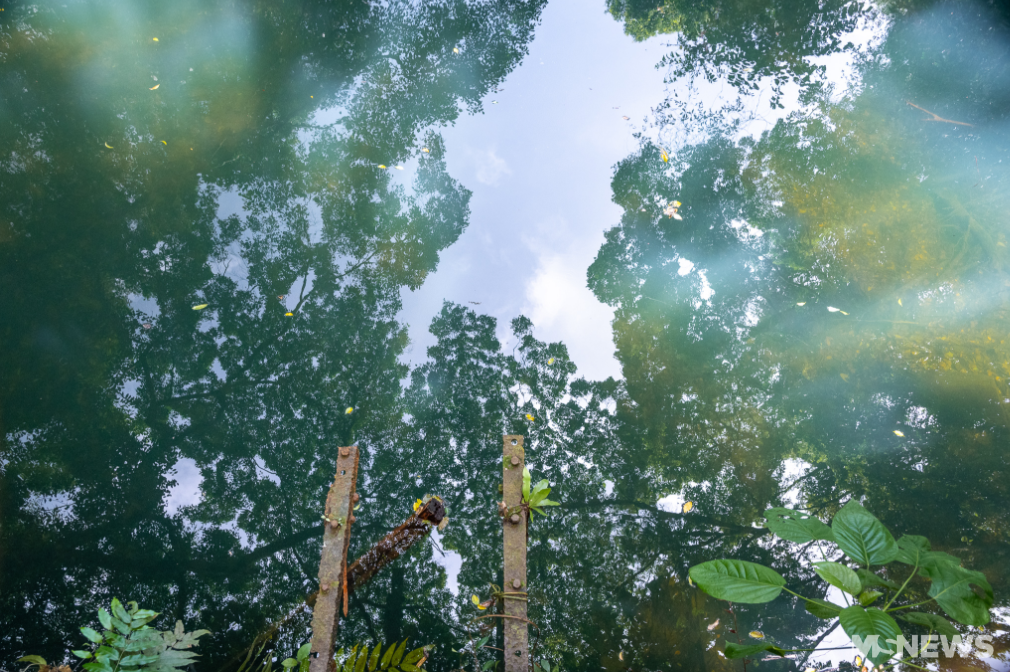 According to The Straits Times, the reservoir dates back to 1905 and has even be used as a swimming pool.

Remnants of a diving board can be seen at its fringe and one can imagine children of a time long past cannonballing into its azure waters. 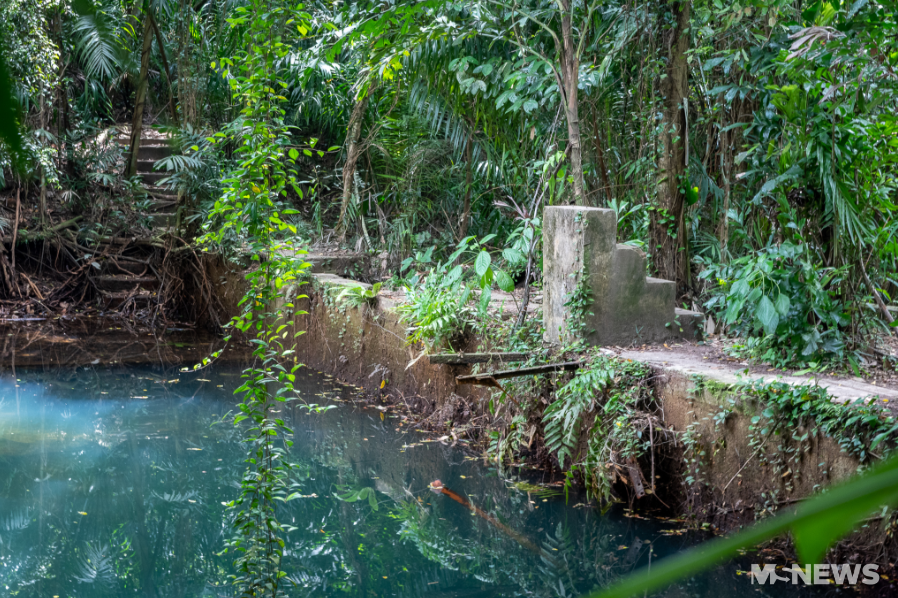 Unfortunately, the reservoir has a troubled past, with 2 soldiers and a 17-year-old boy drowning there in 1936 and 1948 respectively.

To get to The Japanese tomb, head back to where you came from but cross a thicker concrete slab this time. 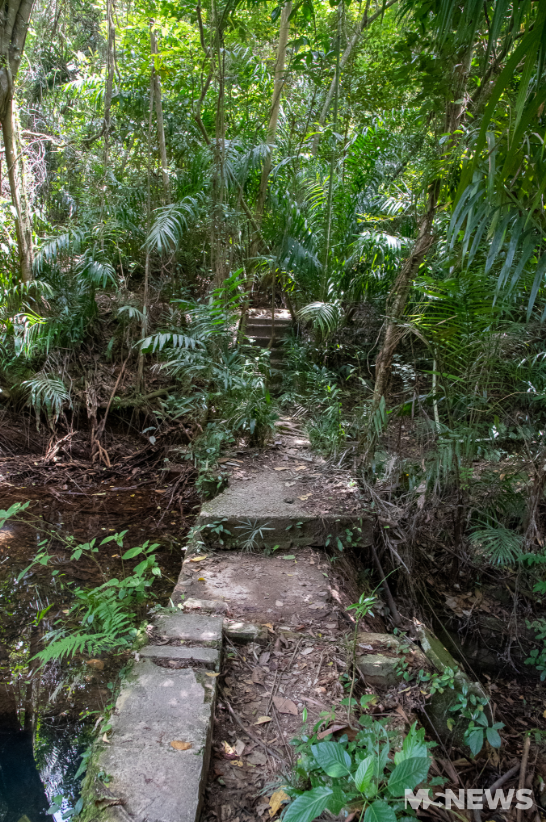 From there, you’ll have to make an uphill trek once again. Do wear shoes with grippy soles as there are no guide ropes to help along this section.

After a while, you’ll reach an old flight of steps that you’ll have to climb. 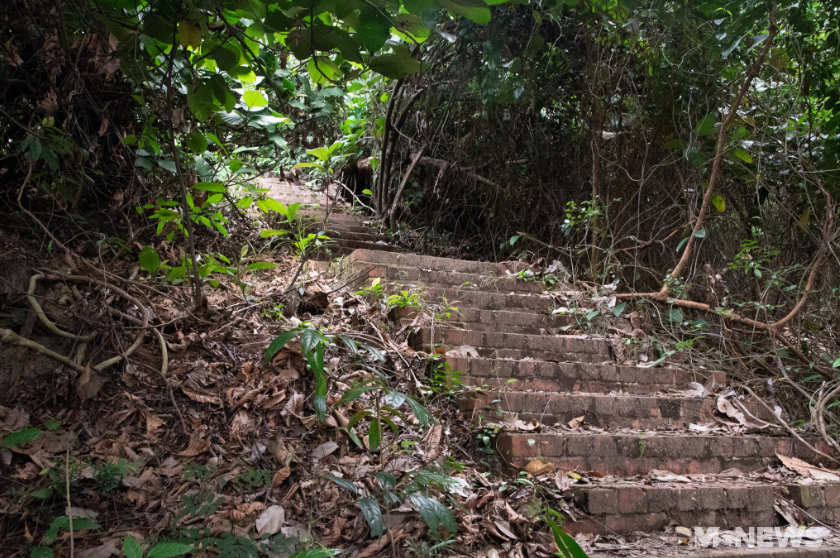 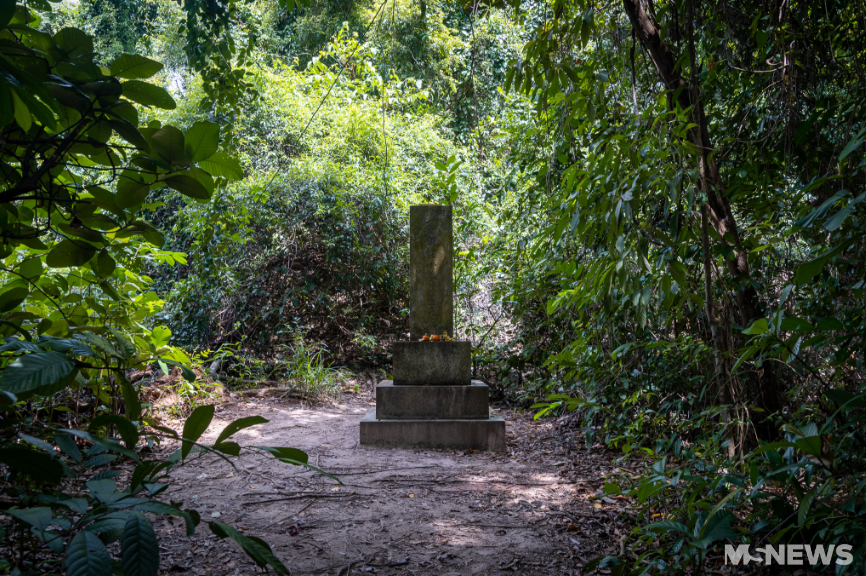 According to Remember Singapore, his name was Komoto Ekasa. The 47-year-old man was said to have died from overwork 4 months after arriving in Singapore in 1942.

The Japanese Imperial Navy had acknowledged his tireless work and commissioned this tomb in Dec 1943. However, it is unknown as to why he wasn’t buried along with his compatriots at Japanese Cemetery along Yio Chu Kang Road instead.

While the tomb has been deserted, it seems someone recently left offerings for the man’s soul. 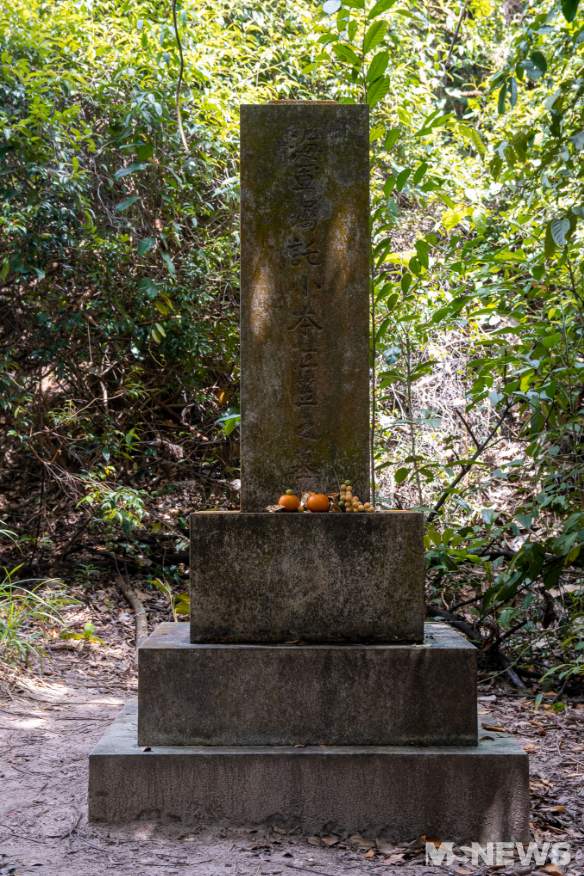 Finding the way out

After you’ve had your day’s fill of history, push on into the vegetation.

The sight of cable cars will assure you that you’re on the right path to the trail’s end. 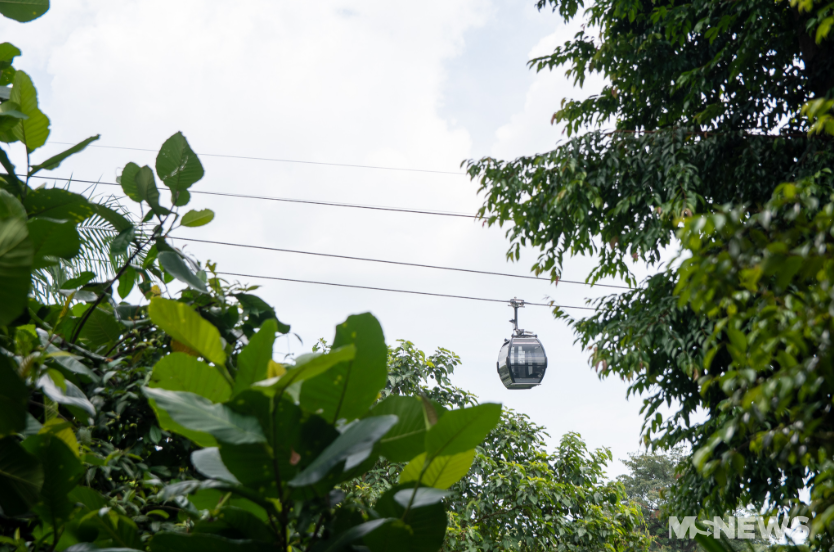 After trekking uphill, you’ll reach a clearing that offers a view of cable cars heading towards Sentosa. To your right, you’ll find a gorgeous view of the jungle, with Keppel Harbour in the background. 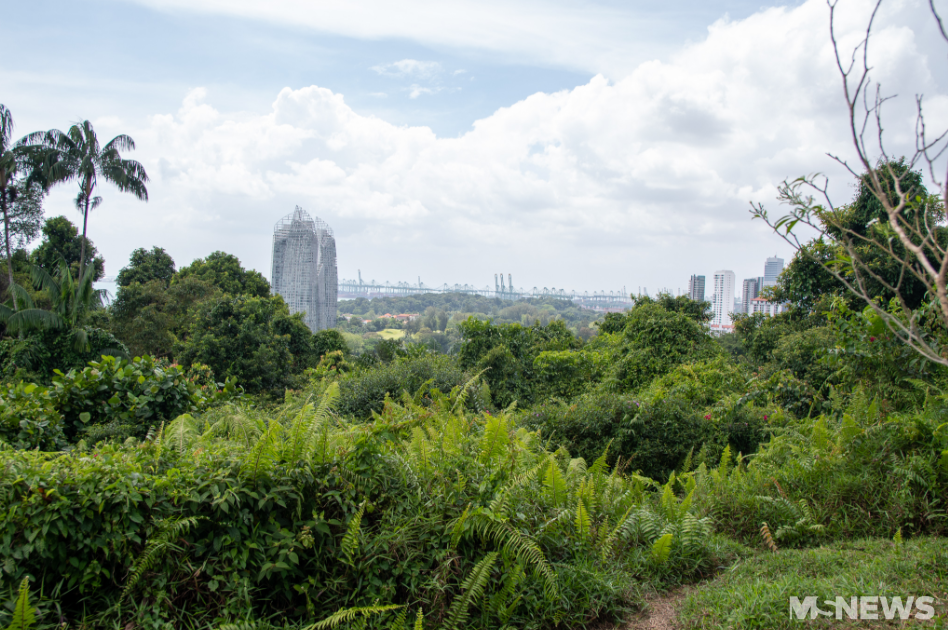 Heading back to civilisation is easy as you can spot a path which leads to Mount Faber Park. Pieces of our colonial past

It’s surprising how much you can find by putting on a pair of hiking shoes and trekking into the jungles of Singapore.

With pieces of our colonial history such as Keppel Hill Reservoir hidden in the jungles, we wonder if more will be rediscovered in the future.

If you choose to take a hike at Keppel Hill, do remember to go along with friends and bring some insect repellent.

Oh, and don’t litter so that others can enjoy the journey as much as you did.