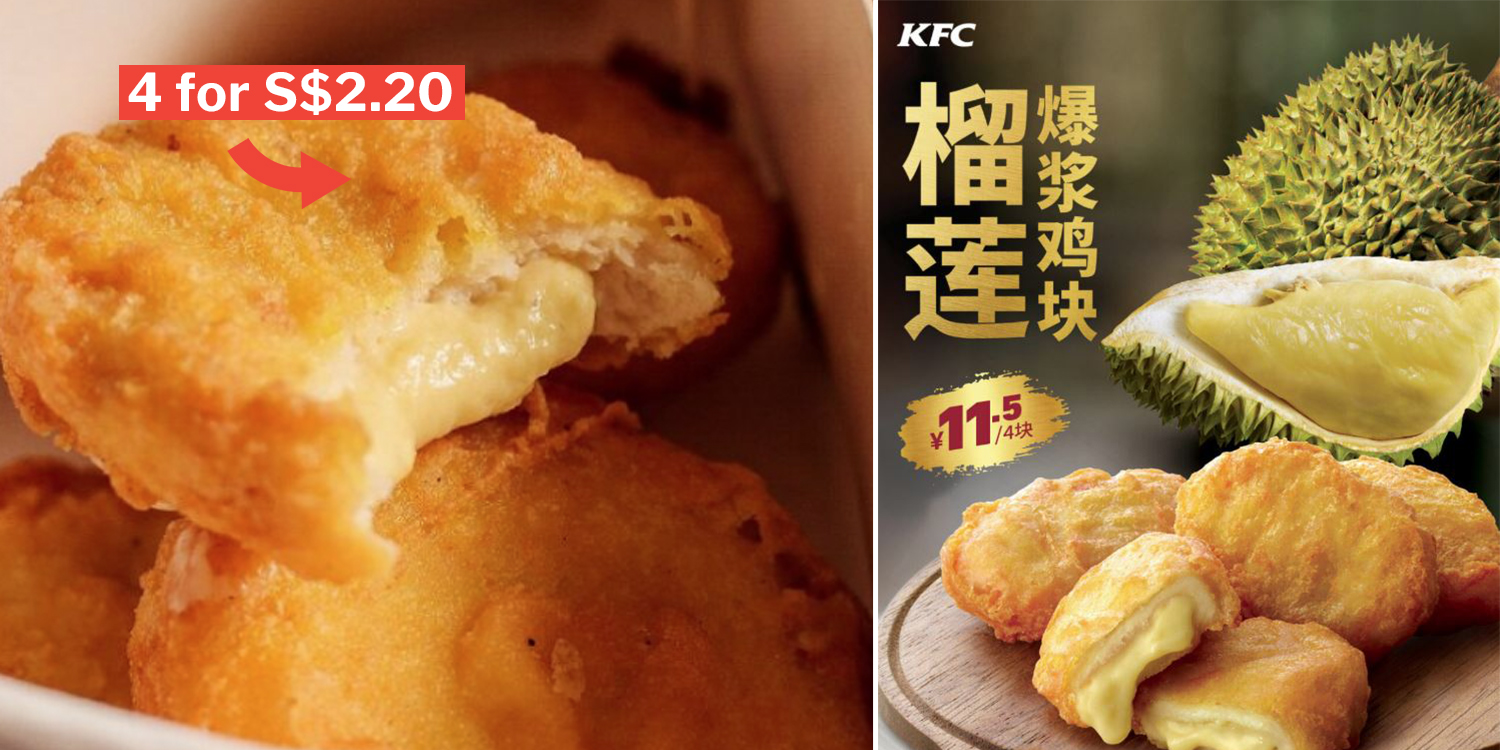 KFC China took heed and released durian lava chicken nuggets on 2 Sep. According to the posters, a set of 4 goes for 11.5 yuan (S$2.20) — which is pretty darn affordable considering that we sometimes have to pay about almost a dollar for a nugget in Singapore. 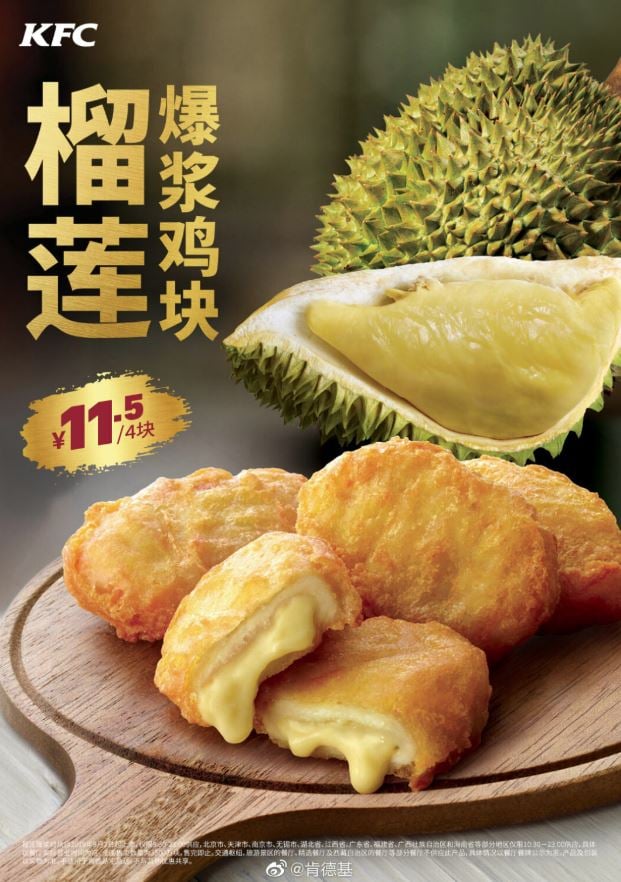 Just looking at the nuggets, they will appear as ordinary ones. But when you sink your teeth in, that’s when the explosion of flavour happens. The Chinese name for the dish actually translates to “Durian Exploding Chicken Nuggets”.

According to one Chinese netizen who tried it, the durian supposedly “neutralises” the greasy taste of the fried chicken nugget. The durian flavour is also quite strong, which may overwhelm the taste of the nugget.

Only in China for now

But hopefully, KFC Singapore will read this article and decide to release something like that here. Honestly, durian-battered fried chicken works too. Please.

In July this year, a restaurant in Malaysia released a Musang King Durian Burger, which is basically a normal fried chicken burger smothered with durian ‘sauce’. So maybe KFC can take some inspiration from that. 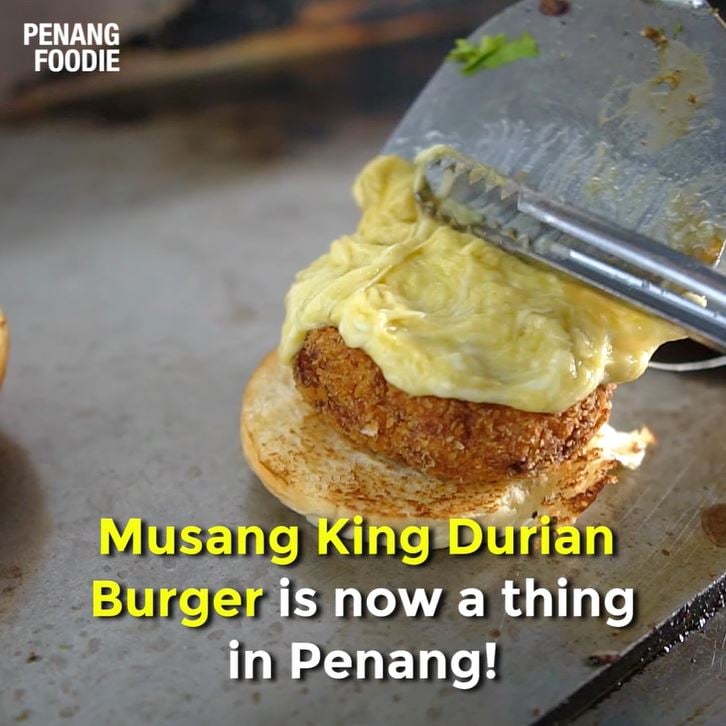 Finally, apologies to all those out there who don’t like the fruit. We’re just really excited.