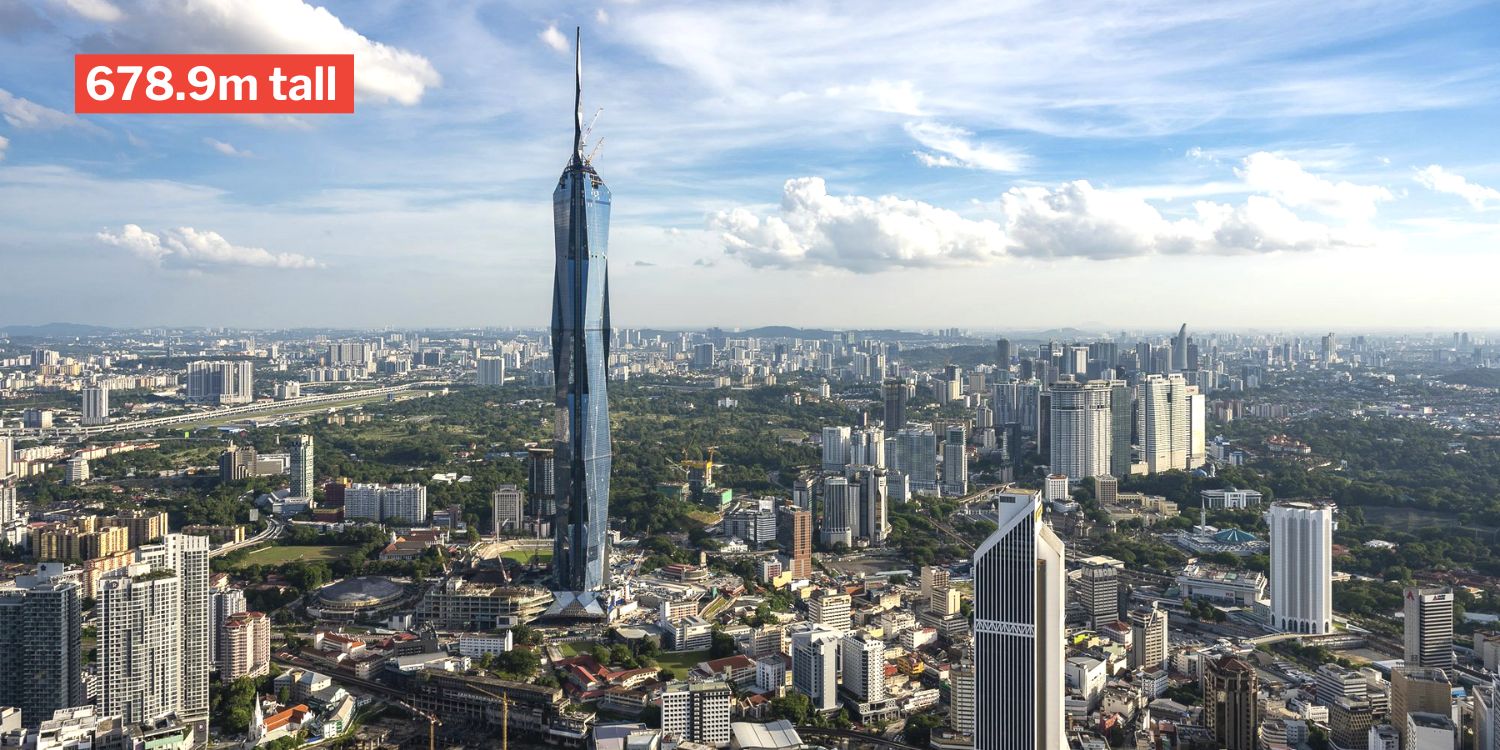 There will also be residential apartments and offices.

As tourism starts picking up across the region, Singapore won’t be the only destination in mind for globetrotters.

In terms of attractions, our neighbours in Malaysia are gearing up to launch the world’s second tallest building in mid-2023. 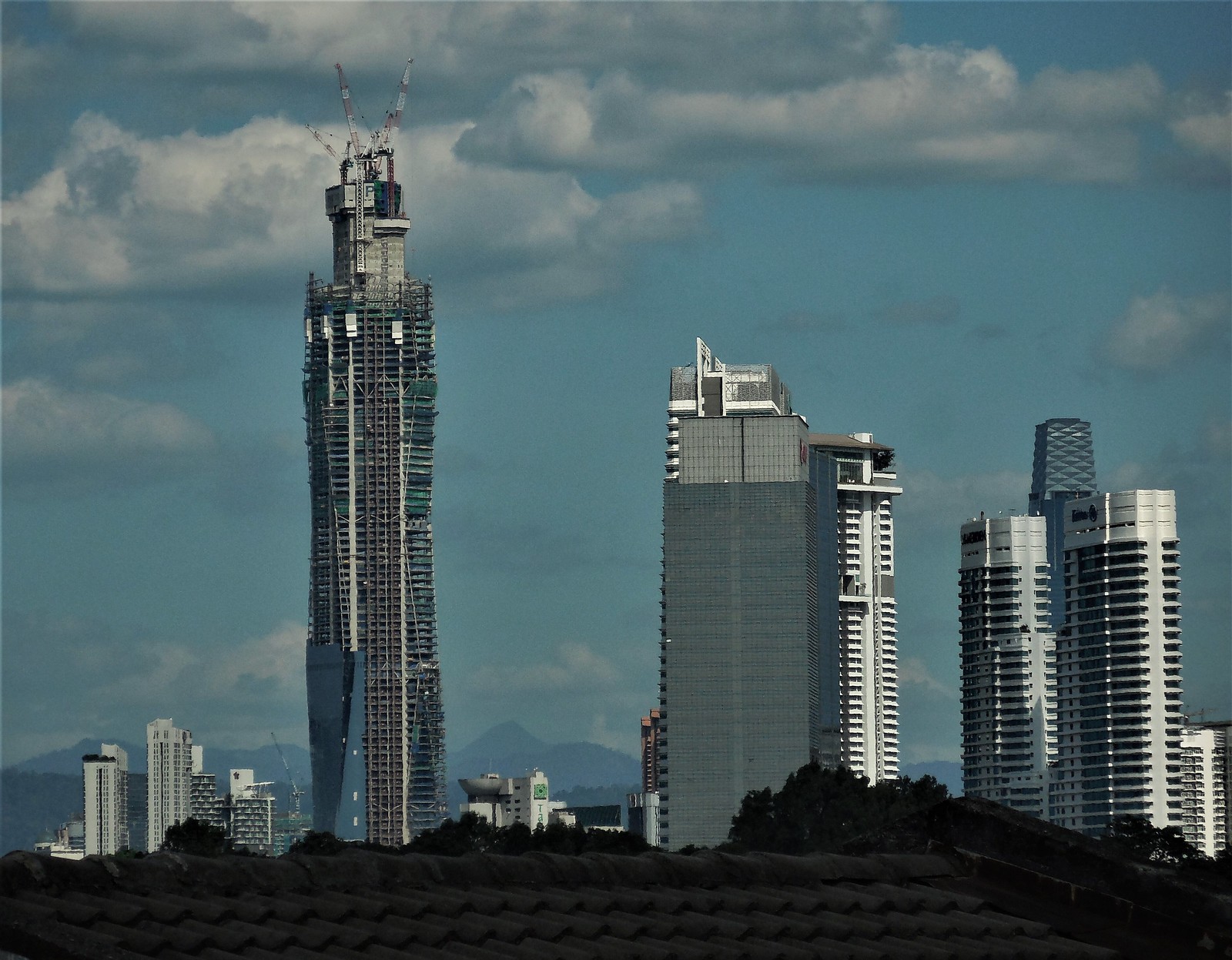 Dubbed the Merdeka 118 Tower, the building stands at 678.9m and comprises 118 floors, as its name suggests.

Occupying the top 17 floors will be Malaysia’s first Hyatt hotel, with the 116th floor serving as an observation deck for guests and visitors.

Tallest building in KL will be next to Merdeka Stadium

According to The Straits Times (ST), the tower, which stands next to the Merdeka Stadium in Kuala Lumpur (KL), spans over 3.1 million sq ft or roughly 288 sq m. 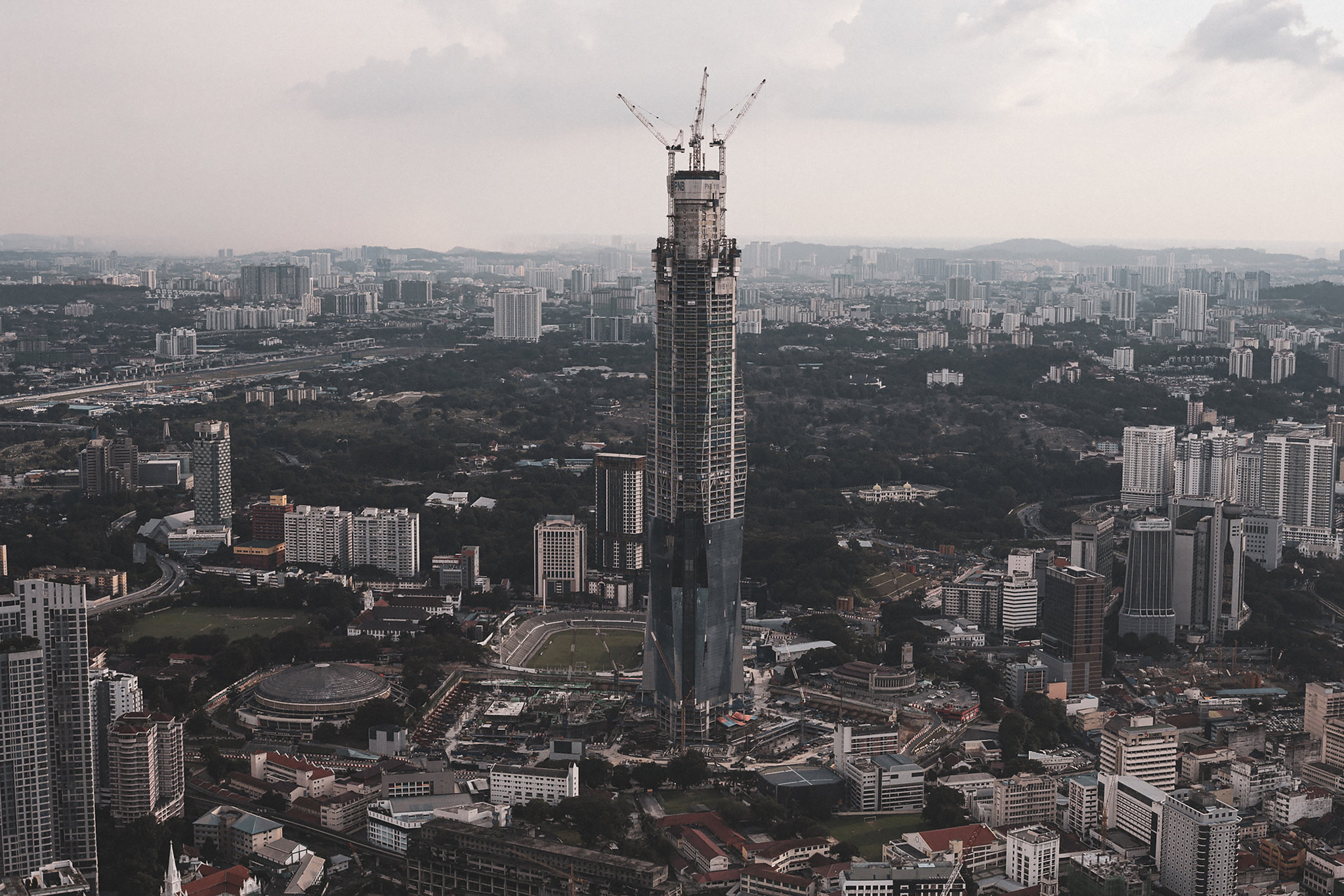 More than half of that space will reportedly comprise premium, Grade-A office space for rent.

The surrounding infrastructure around the building is also going through a revamp, with an underground station connecting several of the city’s train lines that are being built in the tower’s basement levels.

Just above that, a sizeable, unnamed mall will occupy the tower’s lower floors.

While not much is known about the hotel’s other amenities, the Park Hyatt Kuala Lumpur has been planned since 2018.

According to a press release, the luxury hotel is set to have 232 guestrooms, including 28 suites and 30 residential apartments.

There will also be libraries and galleries for hotel guests to unwind in during their stay.

You can expect typical Hyatt niceties such as restaurants, bars, a fitness centre, and a swimming pool.

Another landmark for an iconic skyline

Now that the Merdeka 118 is set to launch, we can add another landmark to the iconic KL skyline.

Hopefully, this will boost their tourism industry in years to come as tourists attempt to reach for the skies at Merdeka 118.