Lawrence Wong Sends Condolences To Family Of ACS(I) Student, He Was An Only Child & Loving Son 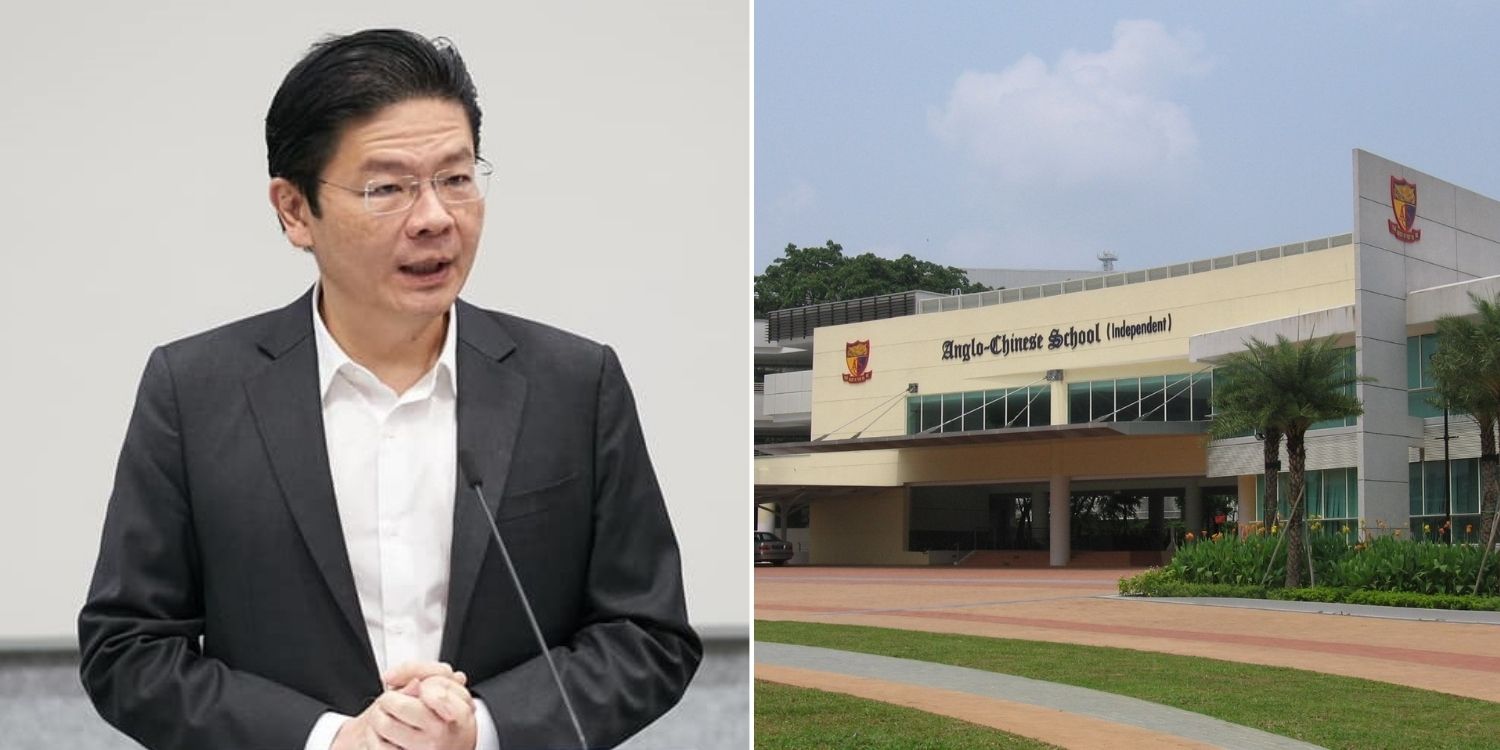 Education Minister’s Heart Goes Out To Parents Of Jethro Puah, Who Passed Away After SAFRA Yishun Accident

However, following an accident, he passed away on Thursday (4 Feb), and those most affected by the tragic accident would be his family members.

Knowing this, Education Minister Lawrence Wong has sent his condolences to the family of the boy, who has been identified as Jethro Puah Xin Yang.

According to his family, he was an only child who was a loving son and caring friend.

Minister says his heart goes out to parents

While he didn’t name Jethro, he referred to “the Sec 4 boy who left us suddenly”, leaving little doubt who he was talking about.

Referring to his parents specifically, the minister said his “heart goes out” to them.

The message was accompanied by a black-and-white photo of the sea and a cloud-filled sky with a light in the horizon. Mr Wong also told Jethro’s friends and classmates at ACS (I) to “be strong”.

The minister said the school and community are with them.

He also advised them to seek help from teachers and counsellors anytime, if they need to.

Another senior politician who sent thoughts and prayers was Speaker of Parliament Tan Chuan-Jin.

In a Facebook post on Friday (5 Feb) night, he said he’s a parent, so he can empathise with the anguish that Jethro’s family must be feeling now.

However, he said he was also touched by the family’s love and faith, quoting a verse from the bible that particularly struck him (2 Timothy 4:7):

I have fought the good fight, I have finished the race, I have kept the faith.

Thus, he hopes that people would be able to aspire towards this so they can say this when they leave the world.

Jethro was an only child

On Friday (5 Feb), Jethro’s family issued a statement to The Straits Times (ST).

In it, they revealed something heartbreaking — he was his parents’ only child.

Calling him a “loving son”, they said they shared a “close bond” with him and would always do things with one another as a family.

Jethro was also a caring friend to his peers and an “exemplary student” who was also his class chairperson.

Though the boy’s life came to an end too soon, they’re consoled by the fact that the boy lived an “impactful and fruitful life”.

ST also quoted them as saying,

We know this is not a goodbye, as we will see him again in our heavenly home.

An investigation into the incident is ongoing, but according to ST, the police said that Jethro had lost his footing during a high-element activity at SAFRA Yishun.

He ended up suspended by the safety harness in mid-air, and lost consciousness as he was lowered to the ground.

Paramedics attempted to resuscitate the student on-site and applied a defibrillator, then took him to Khoo Teck Puat Hospital.

Sadly, he passed away on Thursday (4 Feb) morning.

The accident has led to the Ministry of Education (MOE) suspending all outdoor high-element activities until investigations are complete.

A joint statement issued by MOE and ACS(I), said they were greatly saddened by the student’s death, and are giving support to his family, classmates, and teachers during this time.

MOE and Anglo-Chinese School (Independent) are greatly saddened by the passing of our student. Together, we are working closely to give our fullest support to the family as well as the student’s classmates and teachers during this trying time. The safety of our students has always been a priority for us, and we are working with the police and relevant parties to investigate the incident.

Pending the completion of the investigations, all schools will suspend outdoor activities involving high elements with immediate effect.

Hope the family gets comfort

MS News offers our condolences to the student’s family, friends, and teachers.

The loss of a young person is always difficult for those who loved him, but hopefully they get some measure of comfort from the support of those around them, including those at the top of MOE.

We also hope that the authorities will get to the bottom of what happened so that they can prevent a tragedy like this from happening again.