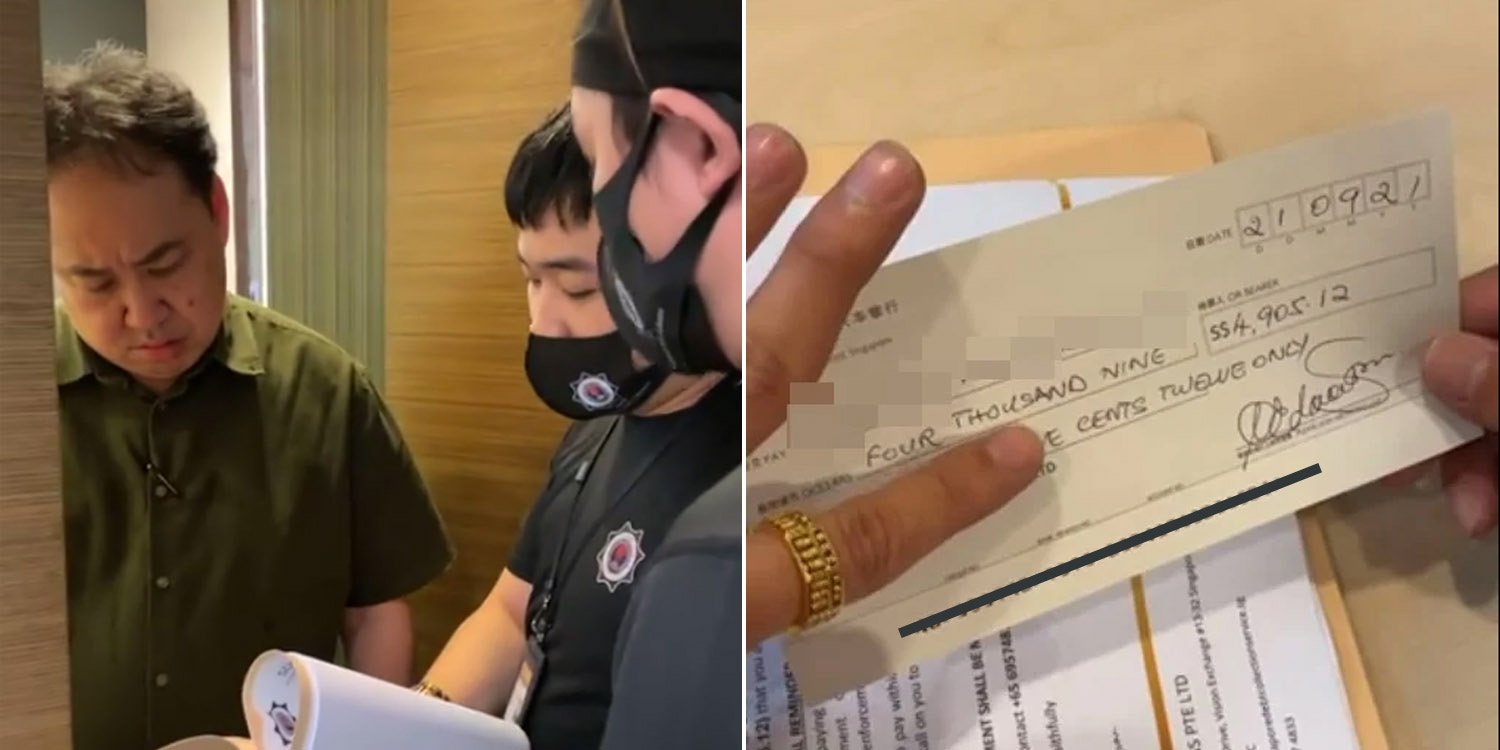 Mr Lim reportedly engaged the company to post pictures on The Straits Times.

In recent years, debt collectors in Singapore have incorporated creative elements into their operations, including dressing up as the God of Fortune and filming the collection process live on social media.

On Tuesday (21 Sep), officers from Singapore Debt Collection Service (SDCS) visited the office of Peoples Voice leader Lim Tean and demanded payment for an alleged debt he owed. The process was livestreamed on Facebook.

The debt collectors eventually left the premises with a $4,905 cheque addressed to an advertising company.

Though the sum owed is “not a big amount”, one of the collectors said it’s a matter of principle.

At the 4-minute mark of the video, 4 other collectors exited a white van and proceeded to the office. They were reportedly armed with a court order.

According to one of the SDCS officers, Mr Lim had owed $4,905 to a company after engaging their services to posts photos on The Straits Times.

Other details were undisclosed.

At about the 7.5-minute mark, the collectors approached a glass door with the words ‘Carson’ printed on it, suggesting they’re at Mr Lim’s firm Carson Law Chambers. 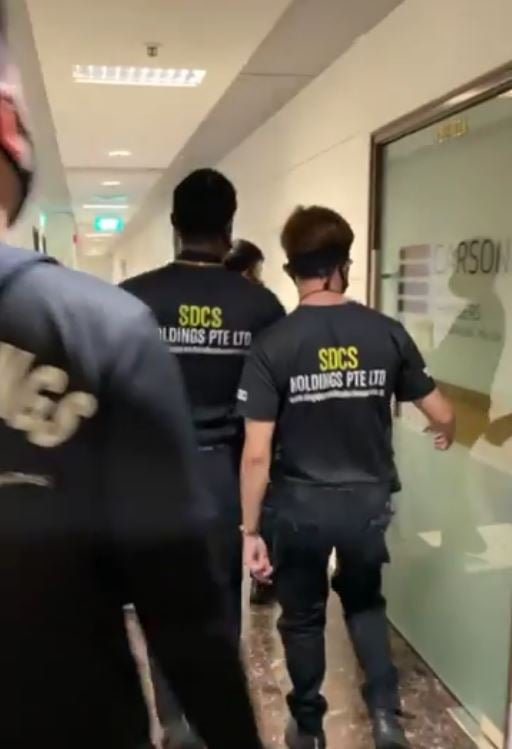 One of the collectors then requested to meet Mr Lim, who showed up at the doors shortly after. 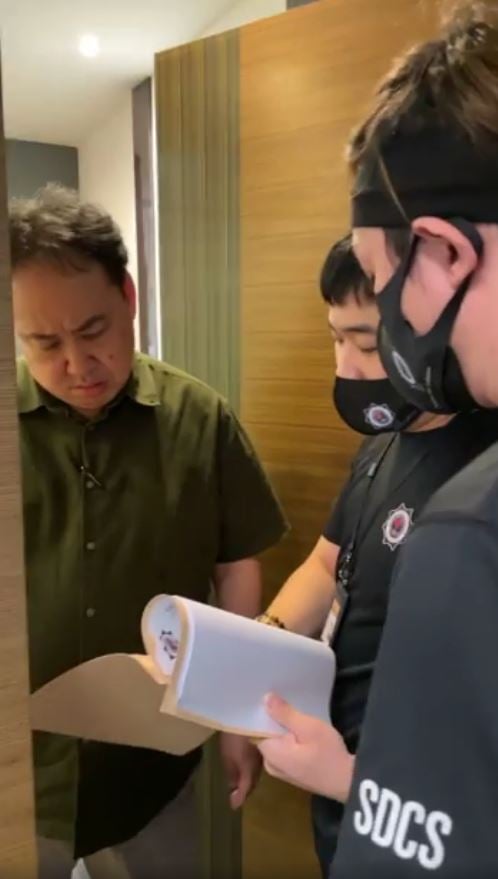 After reading through the document, Mr Lim said he’s aware of the sum but will settle it directly with the creditor. 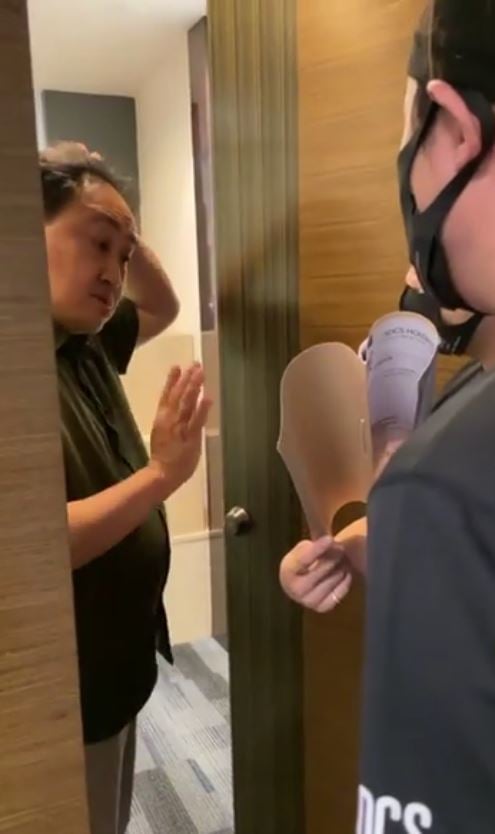 The conversation soon got louder and more intense, with Mr Lim wanting them to leave while the collectors demanded payment.

A man dressed in a grey shirt then entered the footage and requested them to keep their voices down. 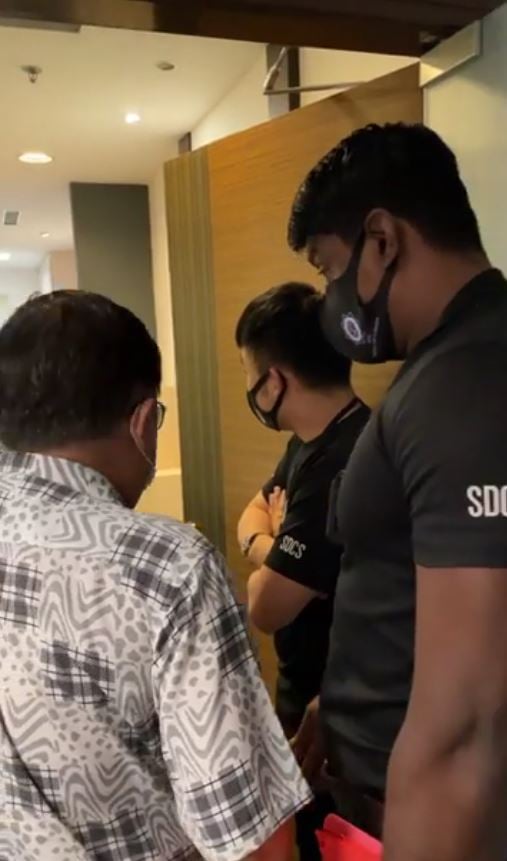 Mr Lim soon retreated into his office, and the collectors discussed matters with the man in grey.

Identifying himself as a former police officer, the man in grey then invited 2 of the collectors into a meeting room in the office.

While waiting in the conference room, the collectors showed a document as proof of the amount owed. 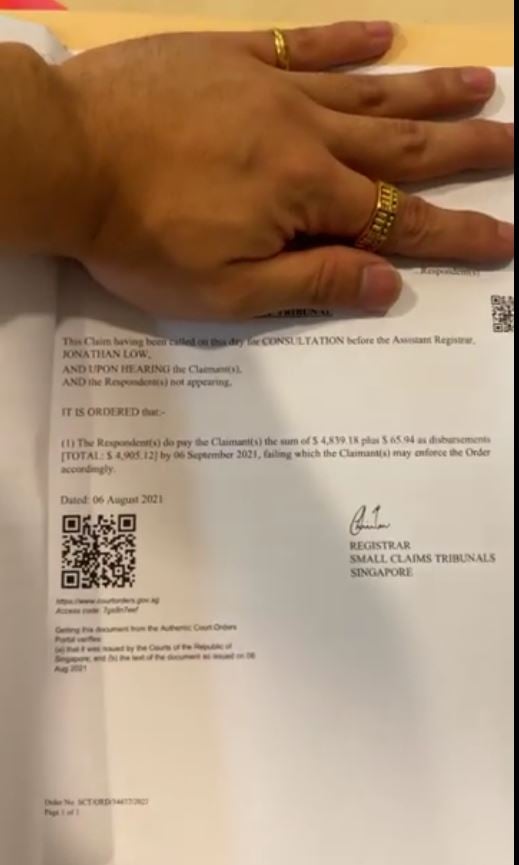 The man in grey soon returned and demanded information about the creditor, claiming that he would settle the issue by drafting a cash cheque.

After live-streaming for about 18 minutes, the collectors received a cheque for the alleged amount owed and said they would be leaving the premises. 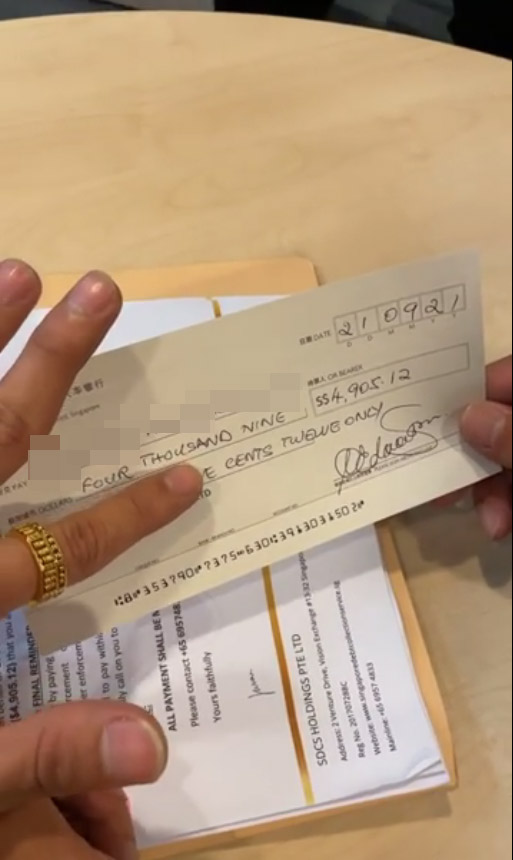 Hope matter is settled amicably among all parties

It’s never pleasant to be hounded for a sum of money owed, let alone having the entire process being publicised on social media.

We hope the matter has been settled among all parties now that the amount has been repaid.

What do you think of the debt collection process? Share your thoughts with us in the comments below.