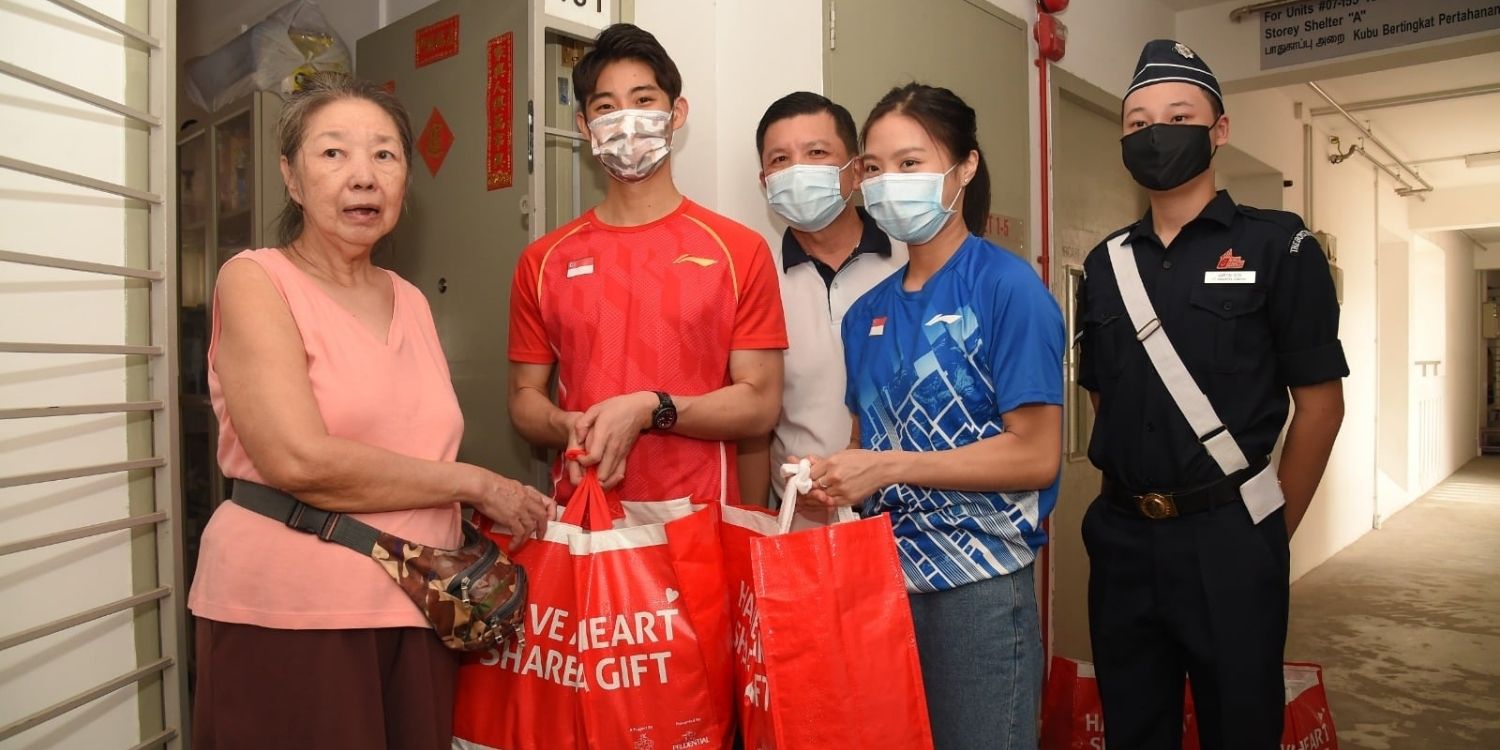 It's good to give back a bit more to society, he said.

Newly minted badminton World Champion Loh Kean Yew is back in Singapore, and no one would begrudge him some downtime after his achievements.

However, just days after he returned, he chose the arduous task of going from door to door in Singapore’s heartlands.

His new mission was to deliver food hampers to the less privileged. 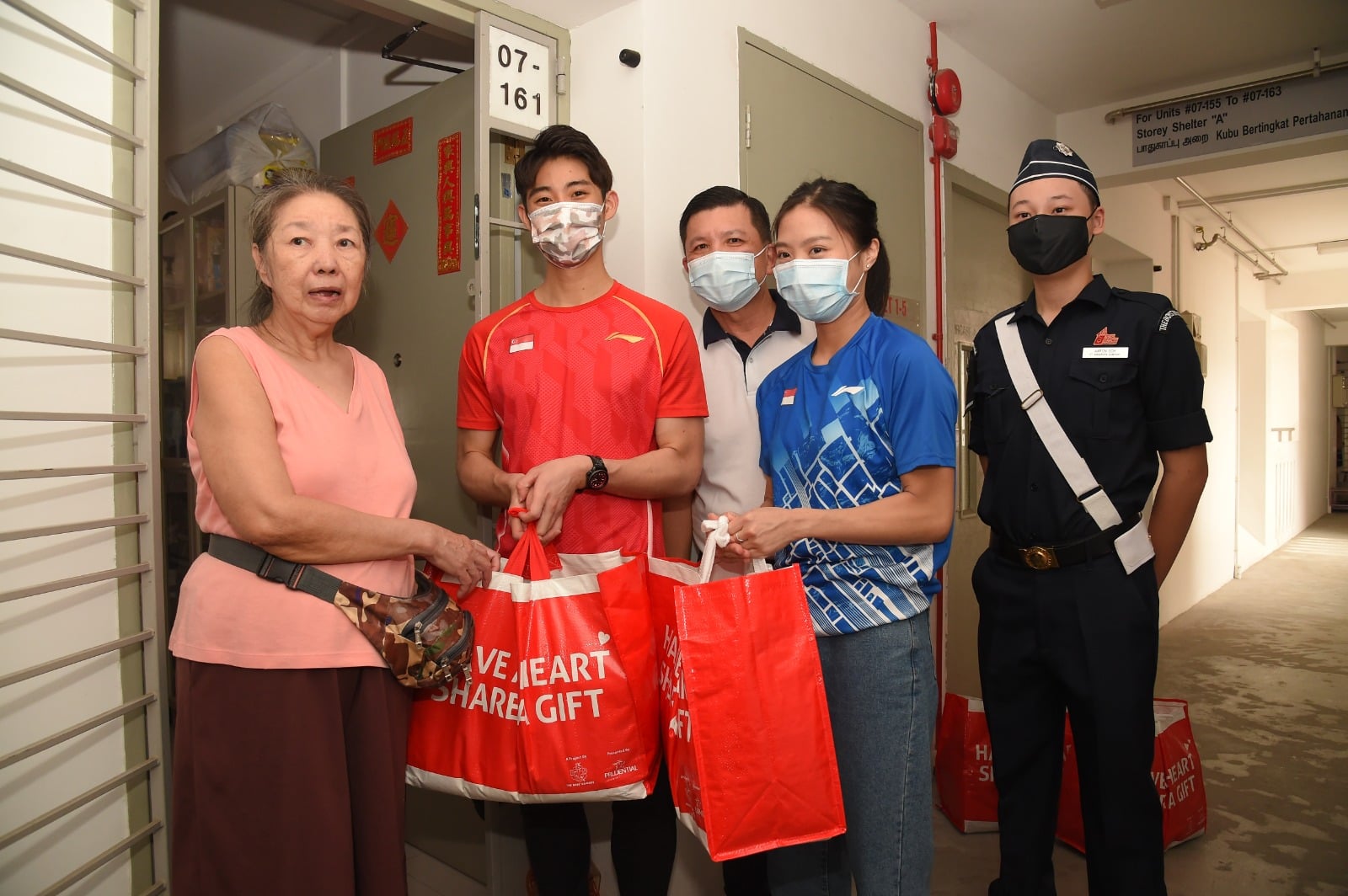 The effort is a way to thank Singaporeans for their support in his journey through the championships.

A special experience for the World Champion

For Loh, who has travelled around the world playing badminton, visiting Singapore’s heartlands was still a special experience.

Together with fellow national shuttler Yeo Jia Min, he did this as part of the Boys’ Brigade Share-A-Gift (BBSG) project on Thursday (23 Dec). 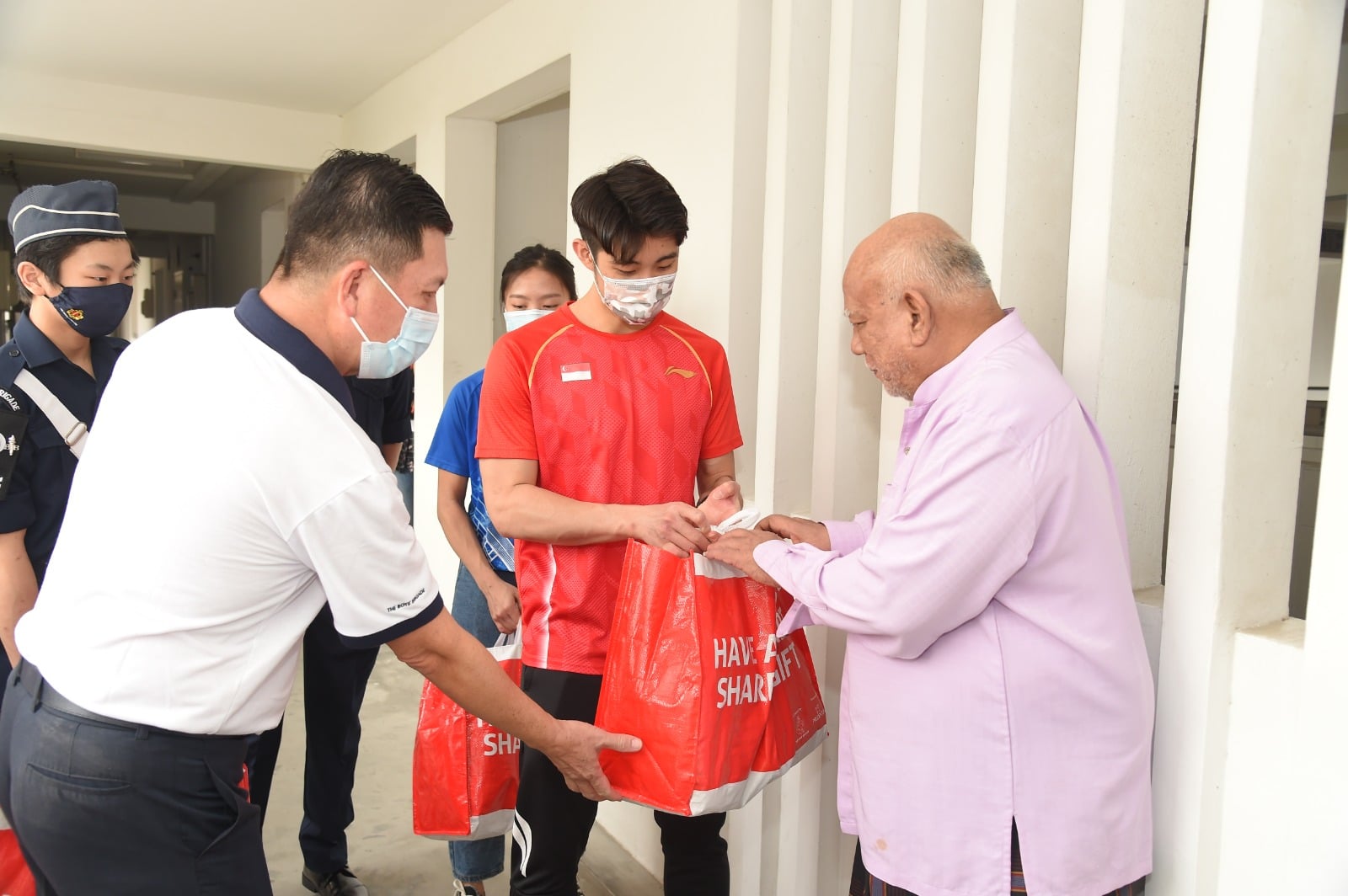 Loh said this was an “eye-opening experience” that he’d never done before, reported TODAY Online.

Giving back to society

In a short interview with Channel NewsAsia (CNA), Loh also said it’s good to “give back a bit more to society”. 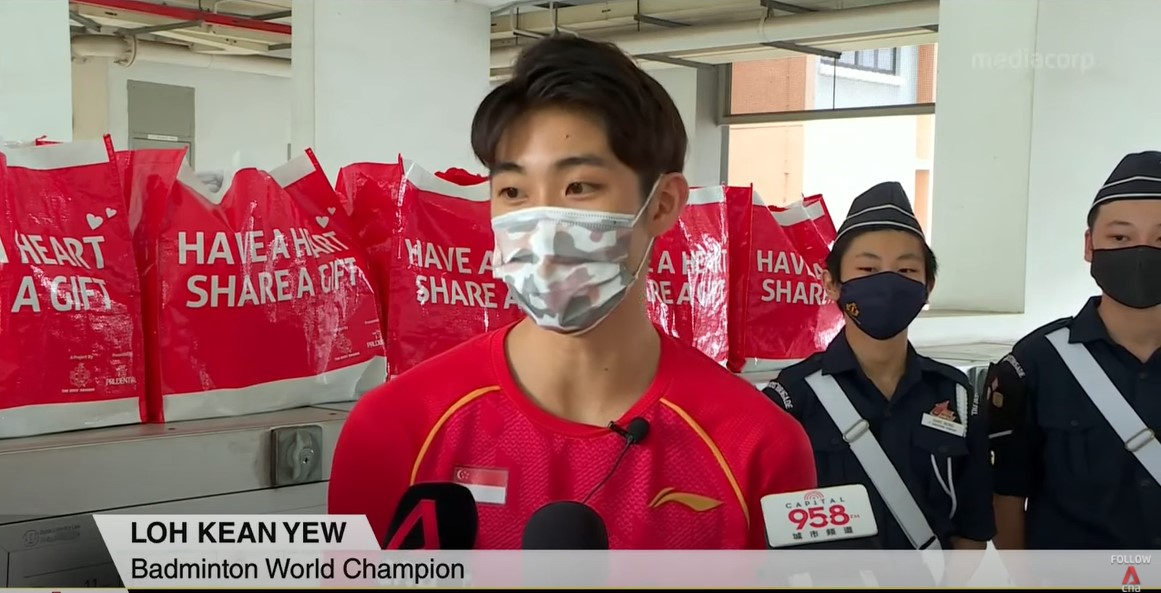 This is despite him already giving Singaporeans much to be proud of – like beating Olympic champions on the way to becoming a champion himself.

He told CNA that he’d received a lot of support from many fans.

Though he may not be able to thank everyone, at least he can do a “small part” to thank Singaporeans by delivering food hampers.

His effort will hopefully draw attention to this year’s BBSG, which is still appealing for donations and volunteers.

This is despite the end of the charity drive fast approaching on 31 Dec.

The lag is partly due to the pandemic, as since it started in 1988, BBSG has been deploying Boys’ Brigade members to collect food and gift donations in person.

This has now changed to an online format that uses PayNow QR codes – slowing down the process.

About 100 volunteer slots not filled

Compounding the difficulties, about 100 out of 200 volunteer delivery slots haven’t been filled for the period between 26-29 Dec.

More volunteers are needed this year due to safe distancing measures, as fewer of them can be used for each session.

That made the involvement of our national shuttlers Loh and Yeo all the more precious. 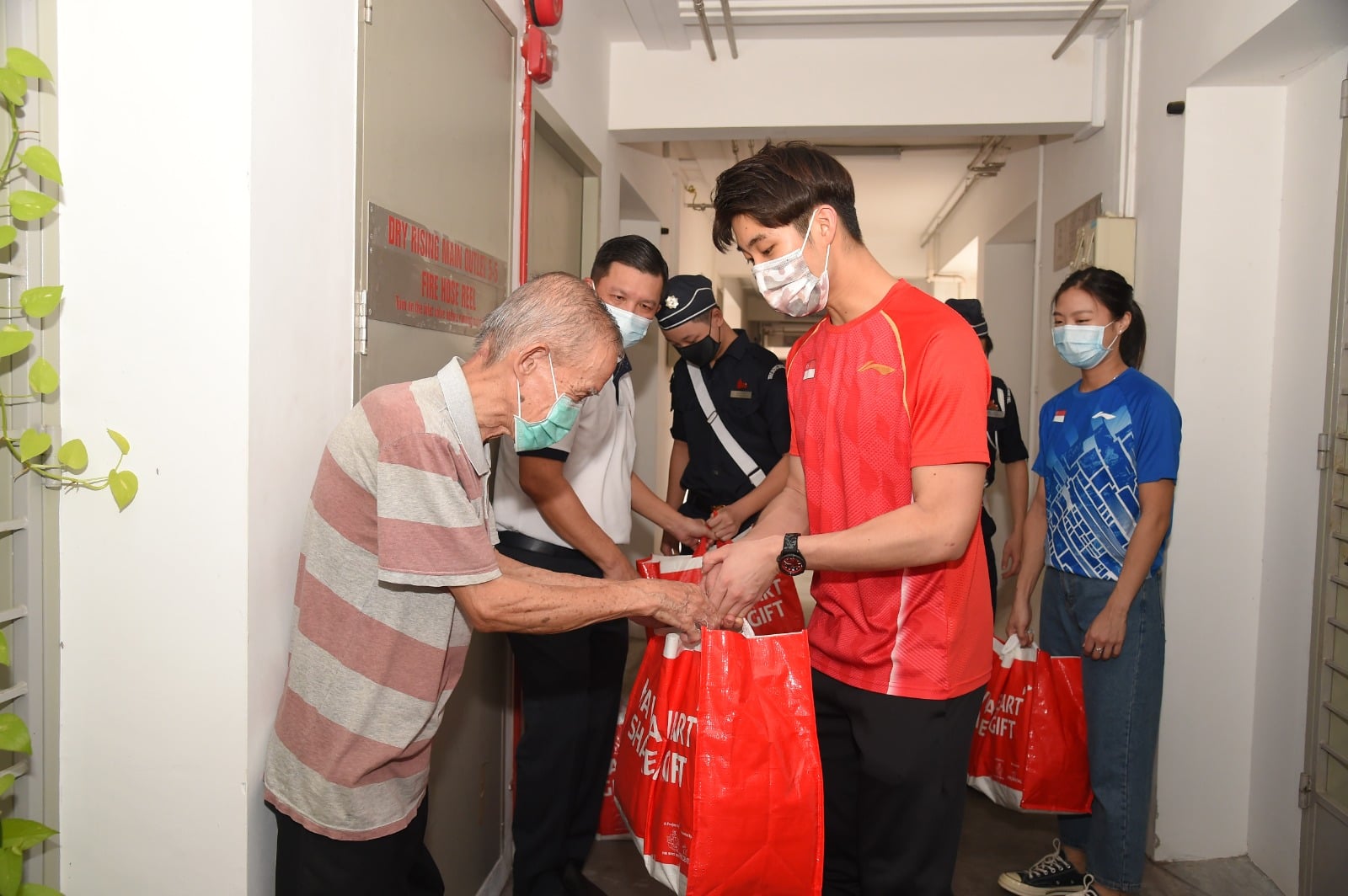 Additionally, BBSG has 44,167 beneficiaries this year, which is the most in its 34-year history.

This could be due to more people needing help due to the pandemic.

If you want to send cash, you can do so online at the Boys’ Brigade website or via Giving.sg.

You may also scan PayNow QR codes at 150 FairPrice stores across Singapore. They can be found on standees like these: 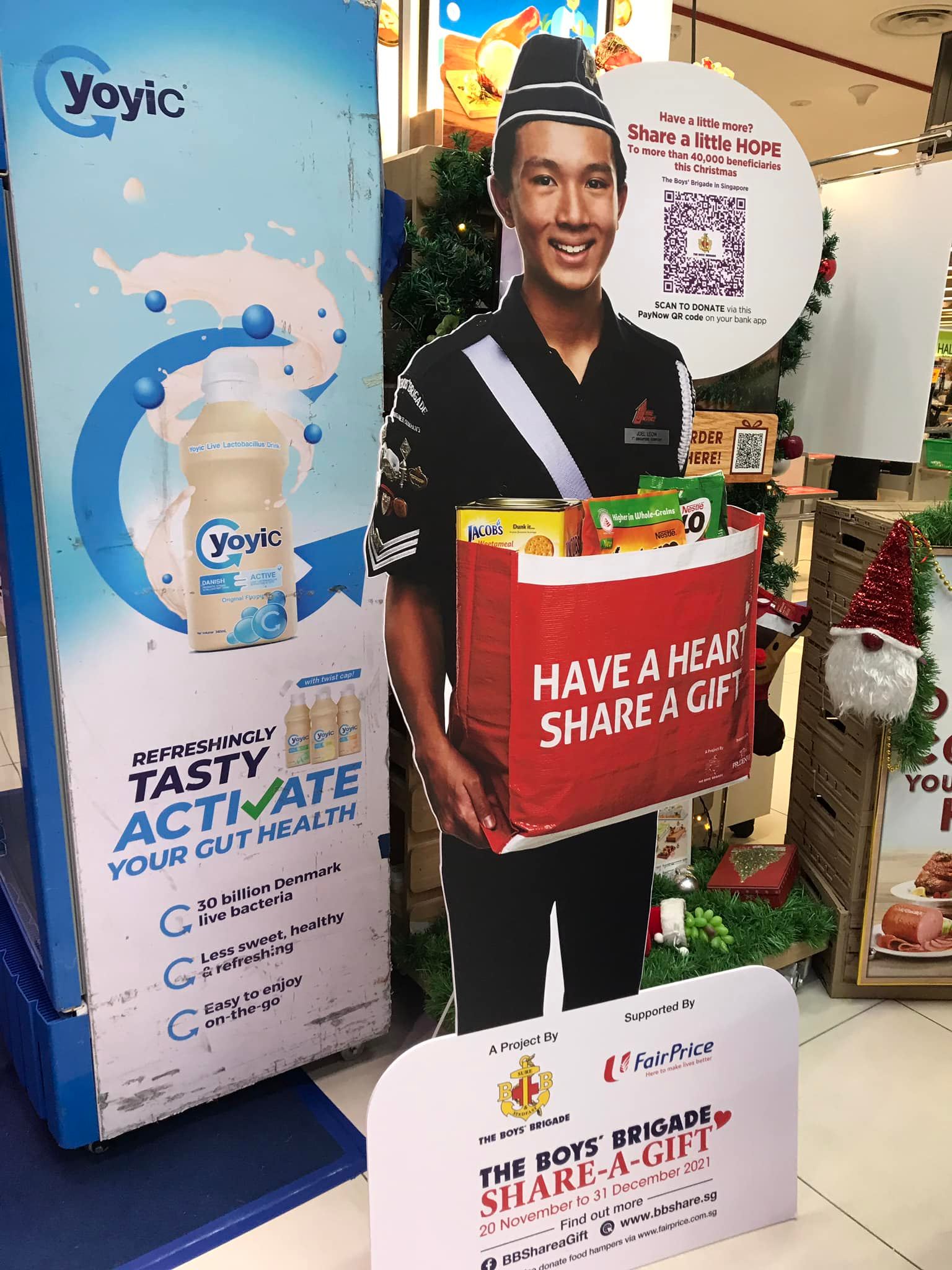 Lastly, you can also donate at AXS stations. Just select “Hot Links” then go to “The Boys’ Brigade – Donation”.

Those who’d rather donate food hampers can do that via FairPrice Online. Hampers worth $20, $50 or $80 will be sent to social service agencies.

Finally, if you don’t have money but energy and time, you can volunteer via the Boys’ Brigade website until 29 Dec.

Each day will have 5 delivery slots and up to 10 cars per session.

Kudos to the shuttlers

Kudos to national shuttlers Loh and Yeo for spending their precious R&R time spreading joy to the needy.

During the Christmas season, while family and friends are important, it’s also good to spare some time for the community.

Hopefully, the shuttlers’ involvement will spur more Singaporeans to help out, and BBSG can meet their targets this year.