Lost Beagle In Sentosa Found After 2 Days, Kind Rescuers Lured Her Out With Treats The doggo's owners brought her for a vet checkup and happily reported that all is well.

Last Monday (13 Jun), a woman took to Facebook to post an urgent appeal for help to find her pet beagle Lady, who’d gone missing in Sentosa.

Those who worried for the dog’s safety would be glad to know that Lady was found after two days. Now, we finally know the story behind her rescue, and it’s a heartwarming one that proves that there are still plenty of good folks out there.

A TikTok user recently posted a video with more information on how they managed to locate Lady and return her to her family.

Lady’s owner also shared an update about the pup’s health, reassuring everyone that “all is well”.

Netizens are now praising the rescuers for their heroic and selfless efforts.

On Tuesday (21 Jun), TikTok user @nqbah_que, aka Que, shared more details about how Lady was found.

Que and their girlfriend were longboarding at Sentosa on 14 Jun when they noticed a woman trying to lift a drain grill. It turned out there was a dog inside the drain, so they went to help her lift the grill. 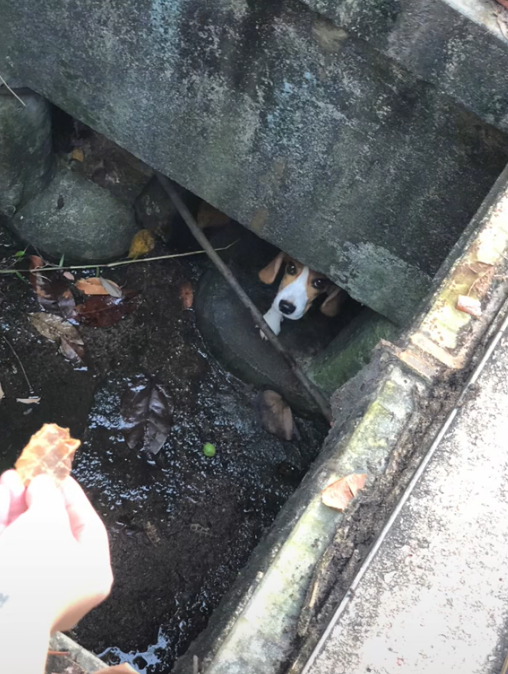 Fortunately, Que’s girlfriend came prepared with treats and a leash, knowing there was a lost beagle on the island.

She tossed the treats into the drain, and the apparently “traumatised and hungry” pup immediately went to eat them.

According to Que, everyone tried their best to stay calm as they didn’t want to scare the dog off.

Recognising the beagle as Lady, a woman in a Telegram group for lost pets got in touch with the dog’s owners, who immediately rushed down.

They then managed to secure the pup with the leash that Que’s girlfriend brought, and Lady was finally reunited with her family.

Que shared that they and their girlfriend had tried searching for Lady near Imbiah Trail, where someone had heard a bark the day before. However, Lady had somehow ended up somewhere outside the trail.

On 15 Jun, one of Lady’s owners shared that he had brought her for a checkup and happily reported that everything was okay. 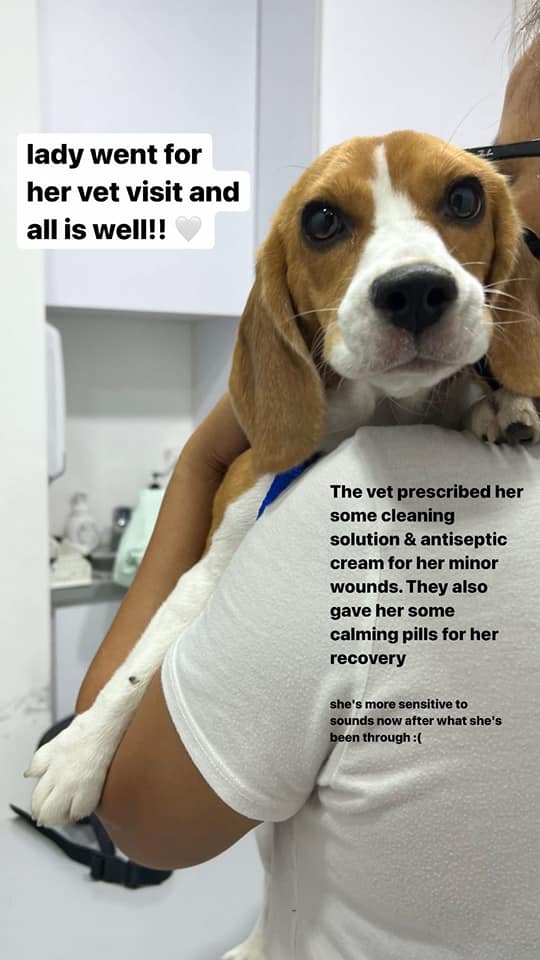 However, he also noted that Lady had some “minor wounds” and was “more sensitive to sounds” due to her ordeal. The beagle had run off after being startled by fireworks going off at the beach.

Happy that Lady is safe and sound

Anyone who has ever lost a pet can probably imagine the agony that Lady’s owners must’ve been through during those two days.

Thankfully, this saga has a happy ending, and the beagle is now home safe and sound.

We hope that Lady will be able to recover from her traumatic experience, and may this also serve as a reminder for owners to better secure their dogs’ leashes to prevent a similar incident from happening.

4 TOTO Jackpot Winners Get S$2.9M Each, Compass One & Geylang Bahru Among Huat Outlets