How hard is it to take care of a baby when your partner doesn’t want to take responsibility?

On Thursday (1 Nov), a netizen publicly shared her struggles with a cheating partner.

Ms TingTing claims that “Caesar” – believed to be her partner – did not contribute money to pay for her pregnancy-related costs. He then cheated on her with another woman and claimed that the “girl is nothing”.

When she threatened to leave, he asked her to stay, saying that he loved her and not the other woman.

Ms TingTing also claims that he owes her $4,400. She gave him the money when he wanted to buy a Dualtron scooter.

She also helped pay for his debts and bought him a $160 wallet for his birthday. In return, he went back to his other woman and continued to take money from her.

At this point, Ms TingTing seems to have given up on their relationship but she wants her money back. While she does not have proof that he took her money, she listed the amount of money he owed her from July 2017 to January 2018. 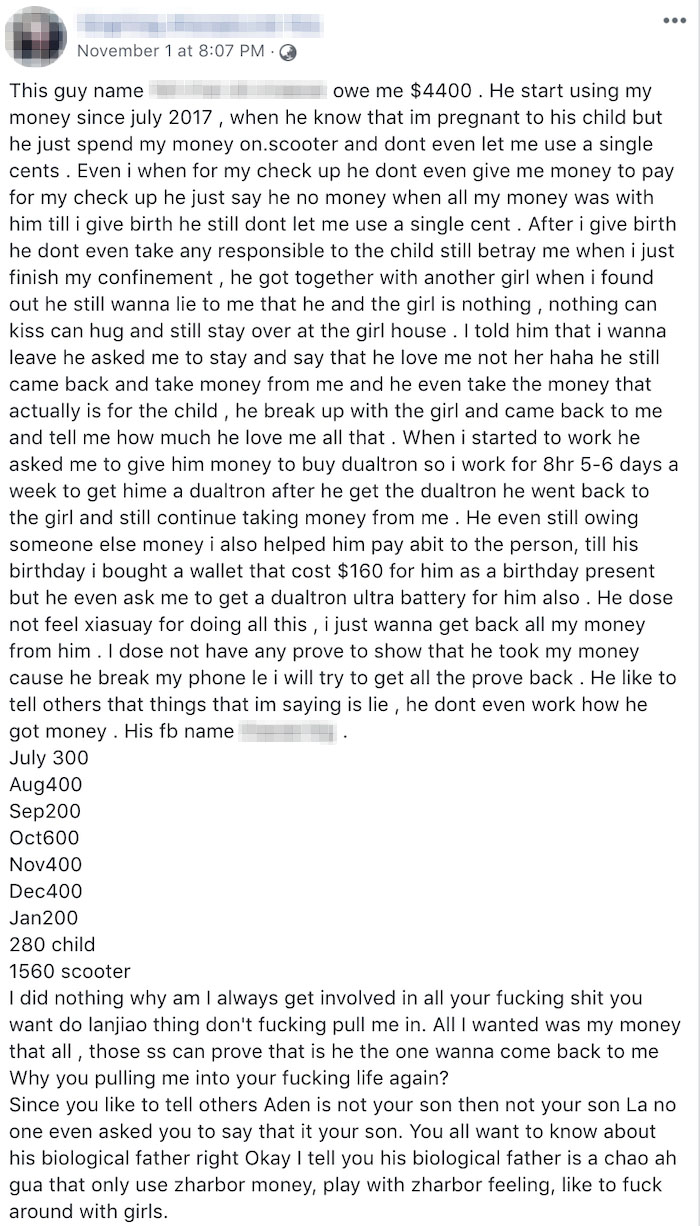 In her post, Ms TingTing shared screenshots of her conversation with Caesar.

Months after their breakup, she seems to have moved on with another man and has asked him to pack up his things and leave. 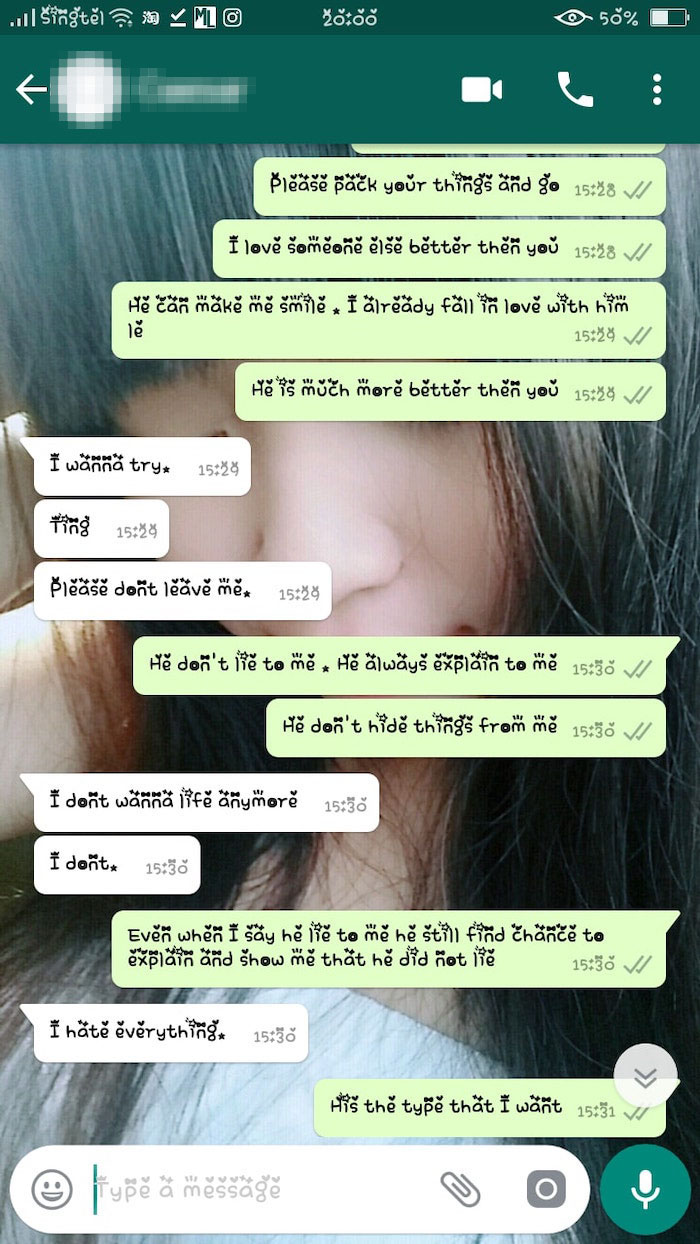 Cliche or not, he wants her back and claims that he can’t live without her. 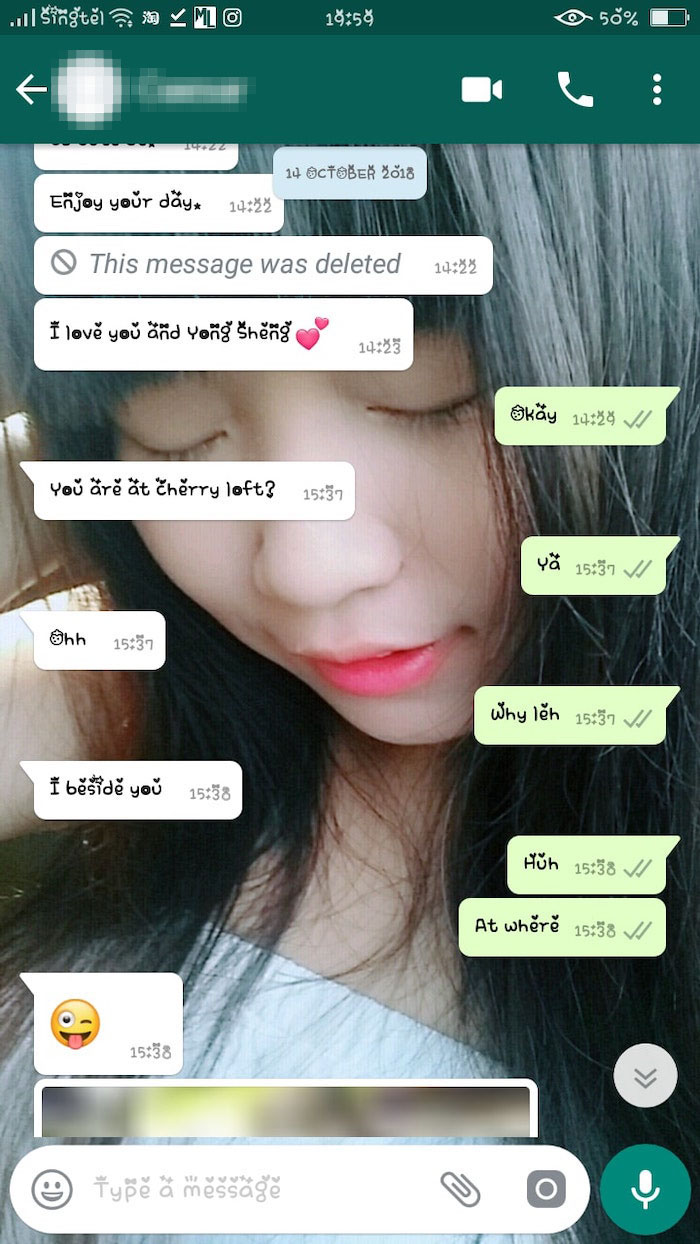 He also sent a heartfelt apology, but we’re not sure if it’ll work this time around. 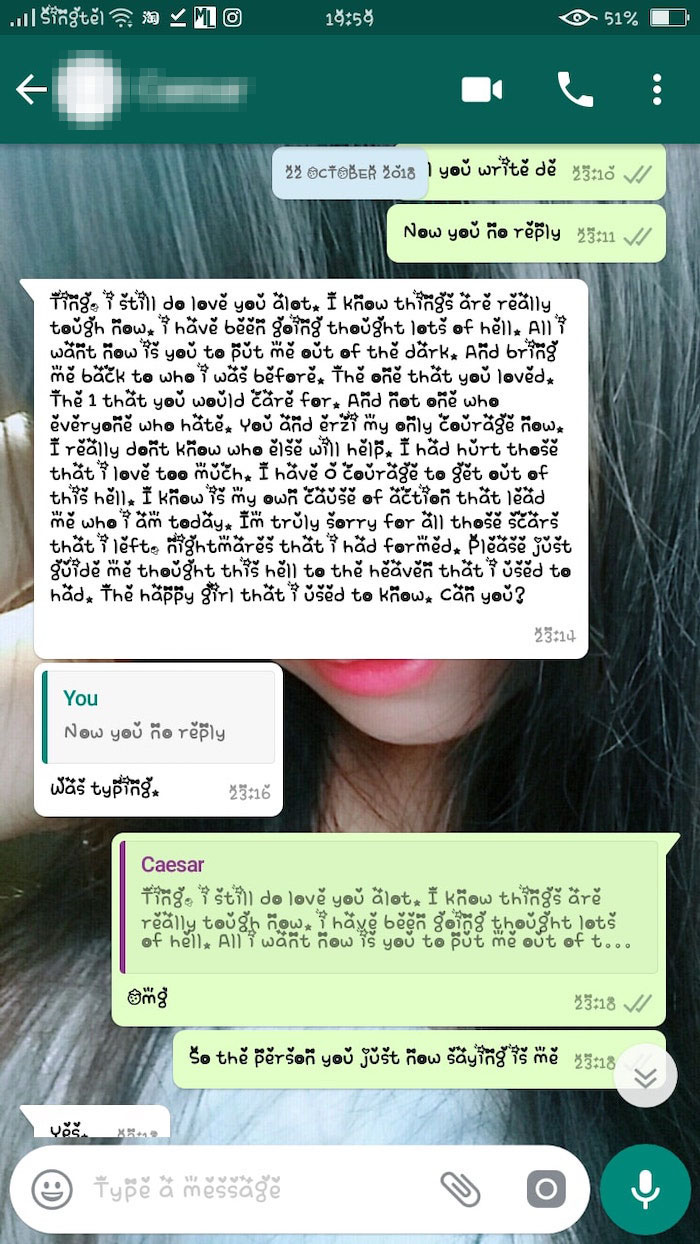 Never ever getting back together

In a rare display of unity, netizens unanimously agreed that she should leave him.

But some think he’ll never earn enough money to pay her back, so she should just “move on with her baby”.

Others shared their own unfortunate love stories. 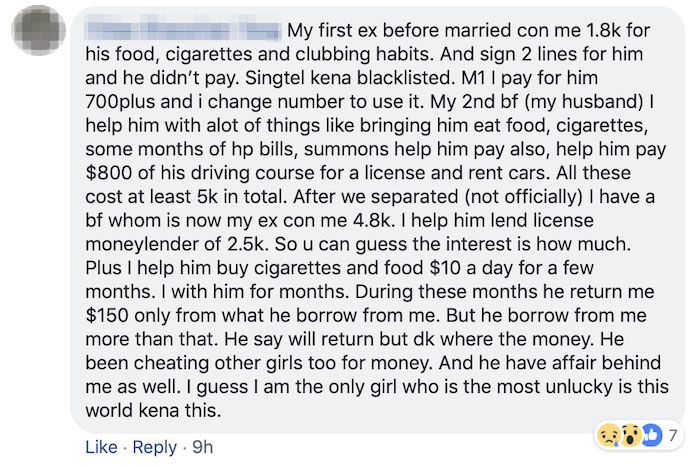 And some had pet peeves about her font style (we do too, tbh).

Another pointed out that he doesn’t have money and doesn’t dare ask money from a girl, so why can’t he get a girlfriend?

Ask for debt or nah?

We all have doubts about second-chance romances, but how many chances are too many?

While some of us believe in love, we think some bridges are meant to be burned.

But for the sake of a debate, should she ask him to pay her back or just move on? Let us know in the comments below.