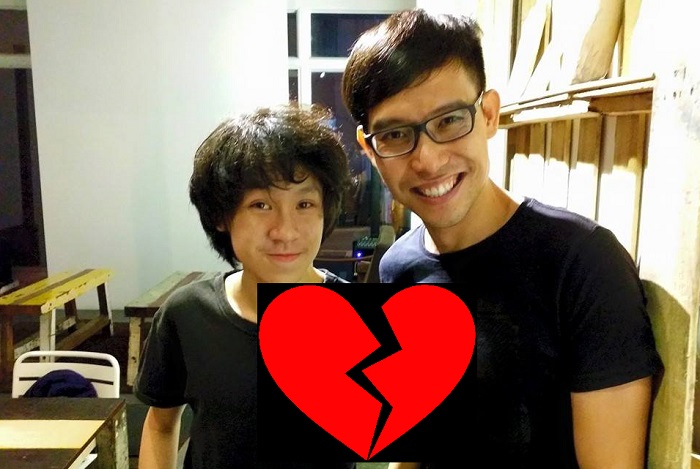 This is turning into a soap opera now

Amos Yee is now hunched behind a trench, battling gunfire not only from a crowd of LKY supporters, but also his friends made in the days after the publication of his now-taken down “Lee Kuan Yew Is Finally Dead!” video.

Well, not really. Their relations are certainly strained though, after the 16-year-old decided to come out with allegations of molest by his ex-bailor, Vincent Law. Since then, Vincent’s son has replied, but we’re still not quite sure if anybody is telling the 100% truth.

Amos and his mother appear to be the only ones willing to back the molest claims though, after Terry Xu of The Online Citizen (TOC) refused to cooperate: 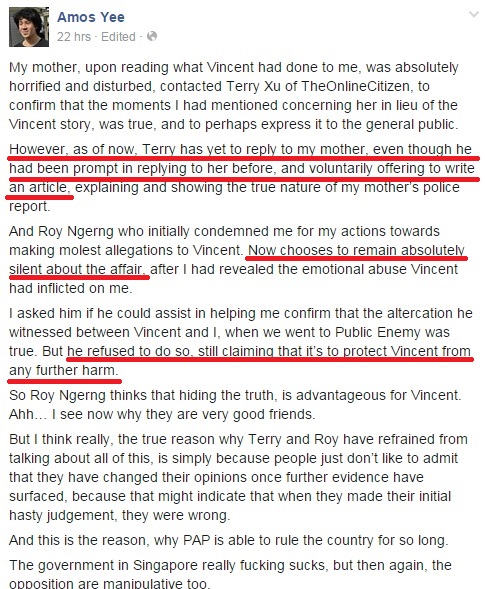 Next on Amos’s hitlist after Vincent Law seems to be TOC editor Terry Xu, who’s had a hand in reporting several articles on behalf of Amos’ mother. Now, TOC appear to have reneged on their stance after Amos’s little stunt with the mainstream media with articles about how the media should not be manipulated in the manner he did.

Amos has posted pictures of messages between Terry and Amos’ mother, and we can pretty much conclude that TOC is no longer on Amos’s side, and this extends to not reporting news from Amos’ mother as well. 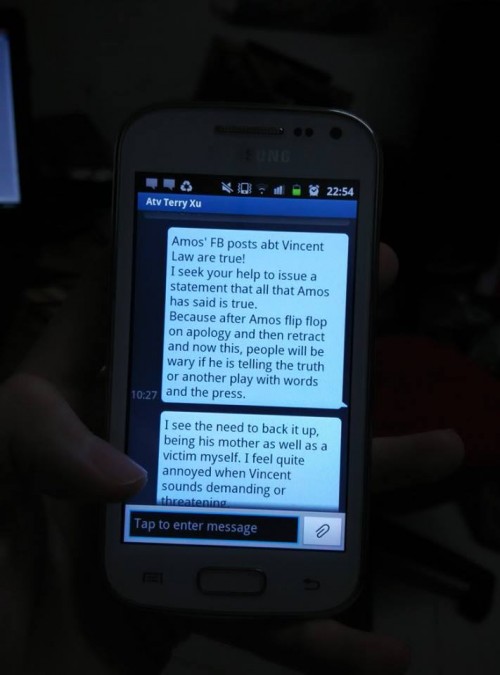 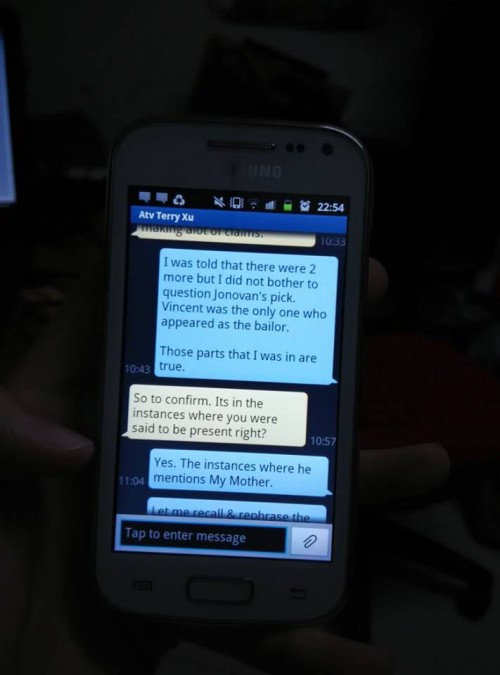 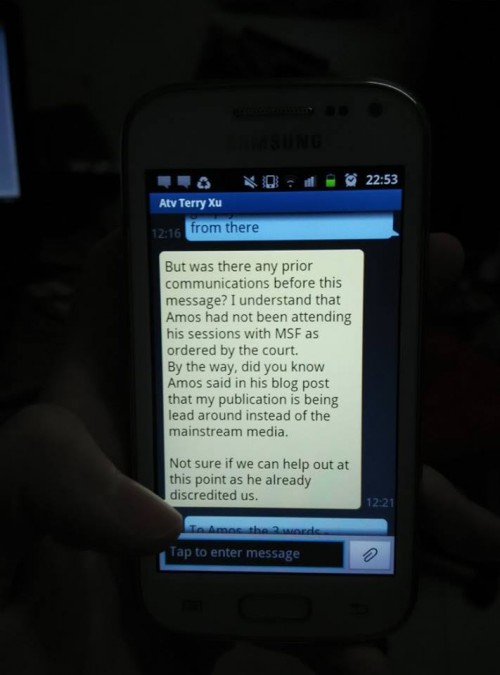 “So from here you can see that TheOnlineCitizen is willing to compromise their journalistic integrity, because I am a dick to them.” 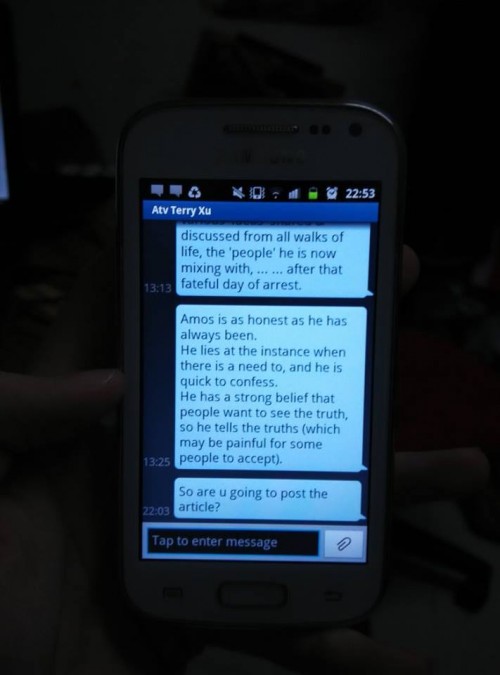 “Still no response from Terry, maybe he dropped his phone somewhere?”

Of course, these pictures don’t show the full conversation and should be treated with a grain of salt.

Roy, who previously considered Amos a friend, publicly distanced himself after Amos’s allegations against Vincent Law, and decided to stop talking about Amos on his Facebook page after that. 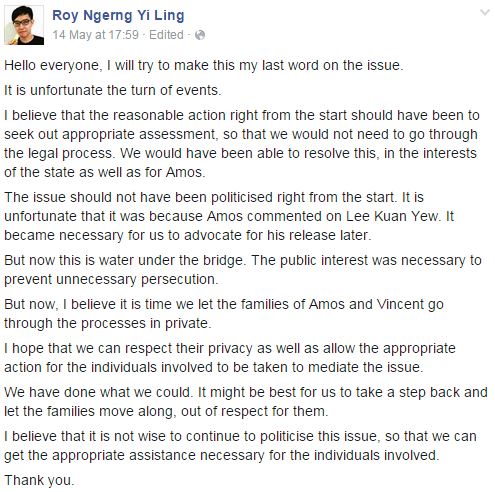 Not quite the condemnation Yee thought it was, but he’s definitely distancing himself from the issue.

Apparently Amos has some beef with him too, because he refused to make a statement about the matter. “Here, Roy Ngerng, wanting to continue hiding the truth, and prevent him from reverting his initial opinion, slips into a little ramble to continue making fruitless attempts to protect Vincent, creating an unconvincing claim on the disproportional nature of my actions.”

To the neutral observer, this “Amos Yee versus Vincent Law” feud seems decidedly less interesting than “Amos Yee versus the Government and Christians”. Activists have also decided to stand with Vincent, and not publicly confirm Amos’s claims, for differing reasons.

As far as they are concerned, trolling the media and calling a fellow activist a paedophile is where they draw the line.

Amos Yee’s camp may be empty now. Even if he disliked his ex-bailor, there was no need to make accusations of molest; that’s needlessly sensationalising affairs. They could have parted ways amicably after Amos’s plot to break his bail conditions and they would not have to meet again.

In fact, Vincent Law had decided to discharge himself as bailor after Amos manipulated the situation: 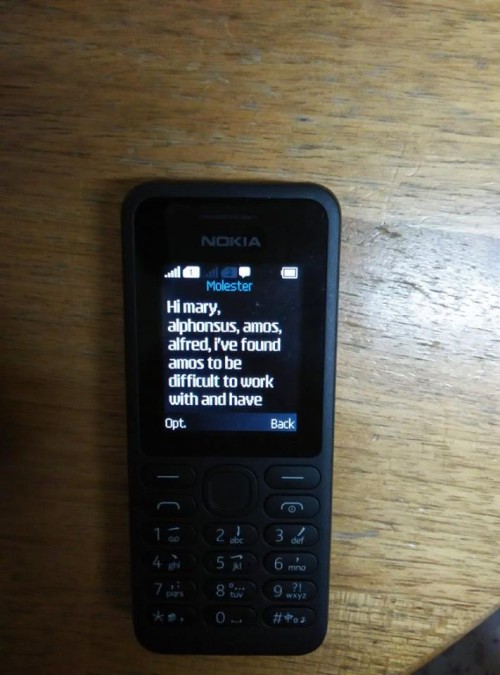 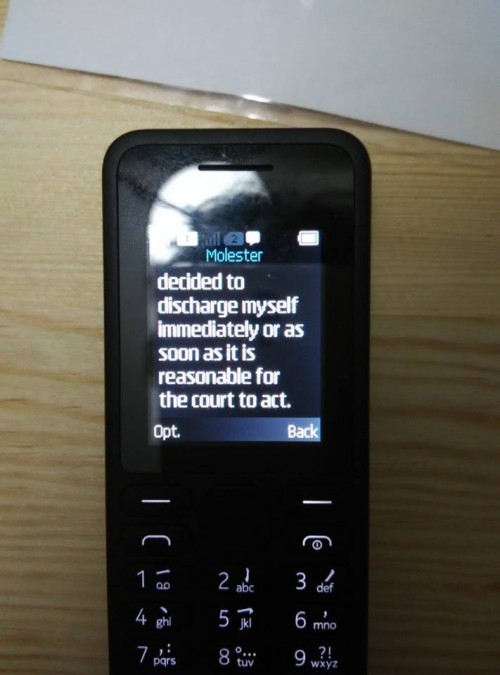 Is this episode not simply a 16-year-old’s tantrum and disagreements made public?