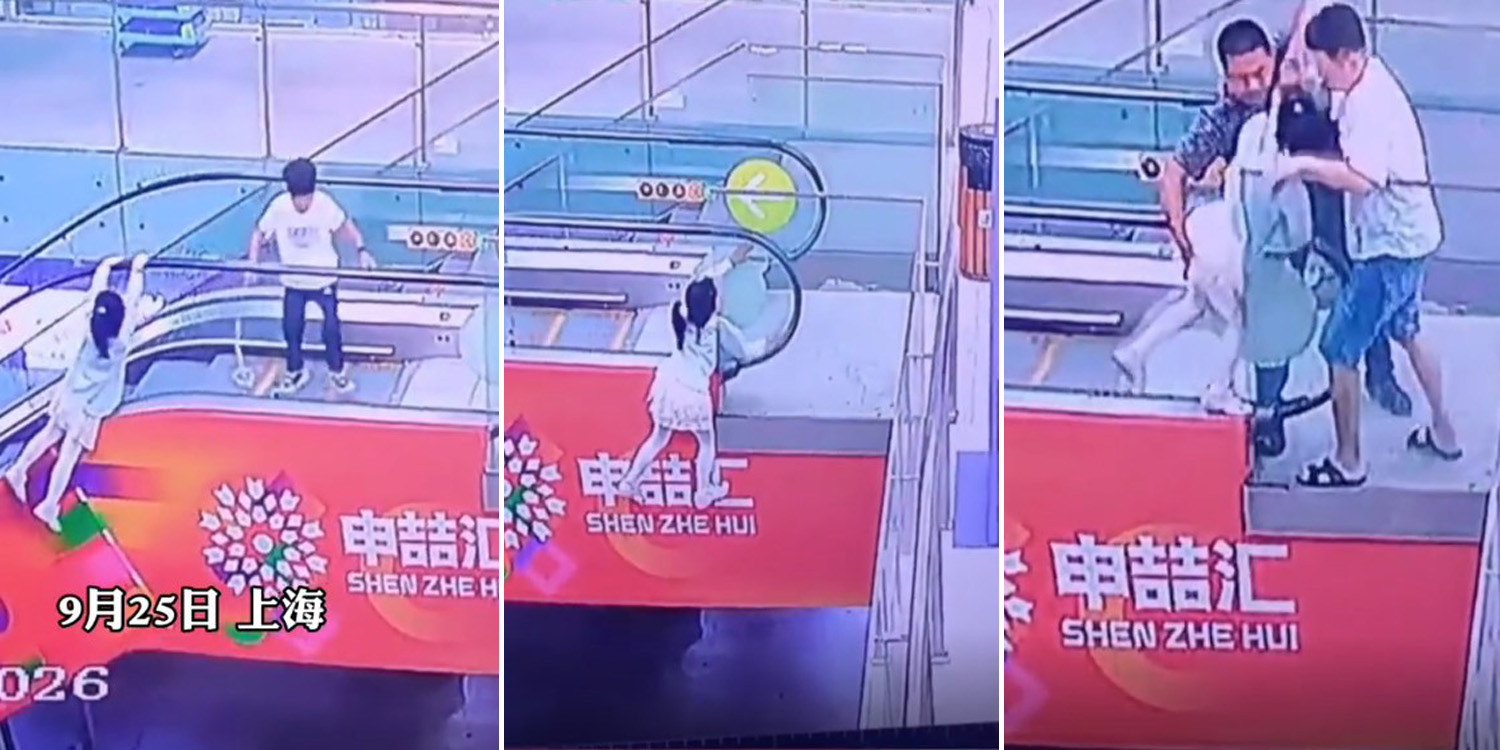 Due to the criticisms, he says he'll hesitate to take action in the future.

On Sunday (25 Sep), a girl was seen dangling from an escalator in a mall in Shanghai, China.

Hearing her screams for help, Mr Ding, a store owner in the mall, hurried over to rescue her.

He grabbed the girl and heroically pulled her to safety.

Unexpectedly, netizens who saw the clip of the rescue began criticising him for his “hand placement”, saying he was touching her inappropriately.

Girl hangs on for dear life onto escalator handrails

According to 8world News, the incident took place at a wholesale mall in Jiading district, Shanghai.

In the beginning of a clip shared by the South China Morning Post (SCMP), a young girl is seen dangling off an escalator, clinging onto the handrails for dear life. 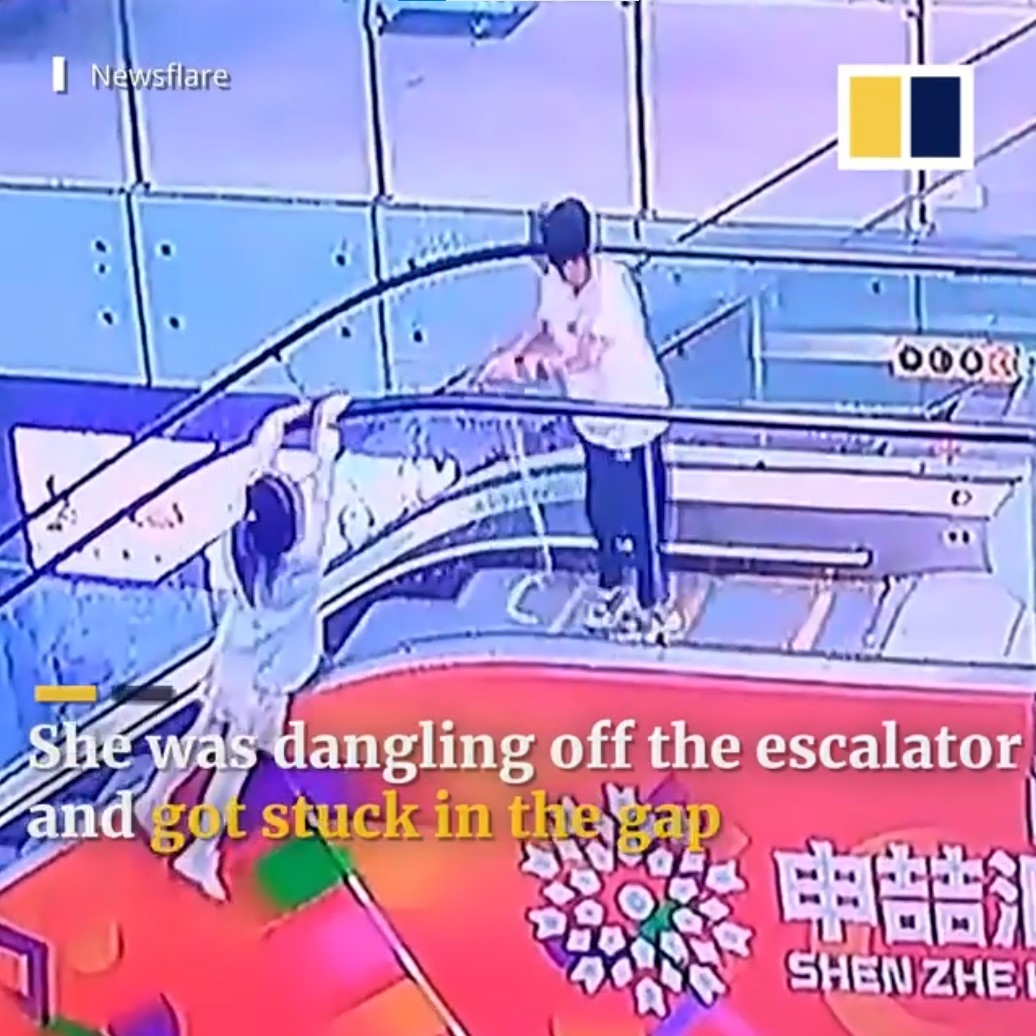 When she reached the top, the girl found herself trapped in the gap between the escalator and a glass panel on the second storey.

A boy who was on the same escalator appeared frantic, as he rushed off to find help after reaching the second floor.

Man & his brother rescue girl from falling off escalator

Thankfully, Mr Ding and his younger brother heard the children’s cries and came forward to help.

SCMP reported that Mr Ding was initially unable to lift the girl up. Fortunately, his brother came along to help, or he suspected that the girl could have slipped and fallen.

The brothers were seen grabbing the girl and pulling her to safety.

8world News wrote that thanks to them, the girl only sustained superficial injuries.

While many may assume that the men’s gesture was heroic, online reactions seem to say otherwise.

After the video clip surfaced online, netizens allegedly began criticising Mr Ding for being slow and placing his hand inappropriately on the girl while pulling her up, stated 8world News.

Addressing the backlash, Mr Ding admitted in an interview that his hand had touched the girl’s butt in the spur of the moment.

But he explained that at that time, he only cared about saving her.

Sadly, he also lamented that he now felt he was in the wrong for saving the girl, after reading and hearing the comments.

He thus expressed his hesitation to take action the next time such a situation arises, reported China Press.

But as the videos of the rescue circulated on Douyin, many others have come to his defence.

Some said that in such crucial times, it is the rescue that matters.

Translation: Who cares if its the butt or though in such crucial times. Saving the life is more important
Source: 直播南京 on Douyin

This netizen went on to imply that such unjustified criticism is the reason many people hesitate to take action these days. 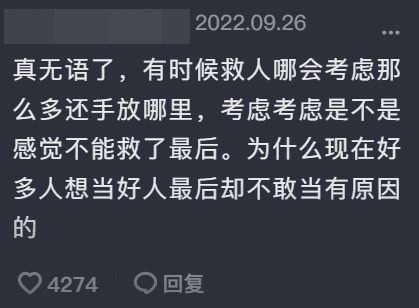 Translation: I am speechless. Who thinks of hand placement when saving someone? In the end, you won’t even be able to save the person. There is a reason people who want to do good end up not doing so
Source: 直播南京 on Douyin

Hopefully, such supportive comments will change Mr Ding’s mindset so he’ll be confident enough to help people in need if and when the time comes.

Kudos to him and his brother for saving the girl’s life. The rest of us should learn from this incident and be more compassionate towards others instead of criticising them.