Singaporeans who patronise McDonald’s frequently would know that their receipts can be rather long. 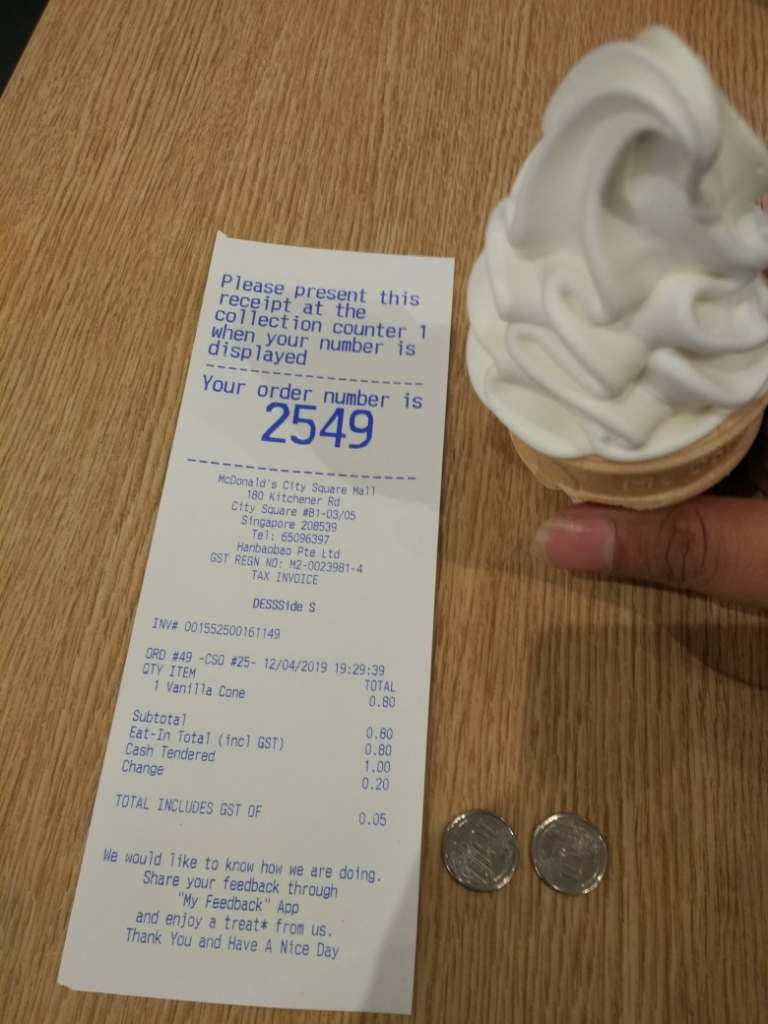 A lengthy receipt for a simple Vanilla Cone order
Source

Recently, McDonald’s lover Mr Ong, who also loves the environment tried to find out how much paper McDonald’s could potentially save if they changed the formatting of their receipts. 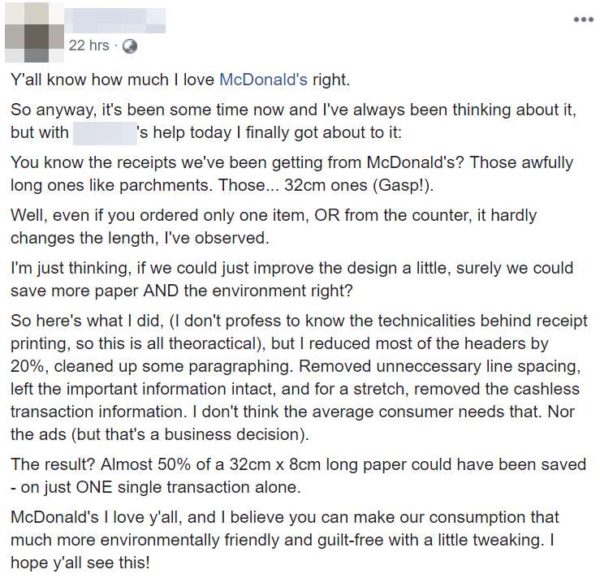 In short, he managed to halve the amount of paper used by simply ‘reformatting’ the receipt. 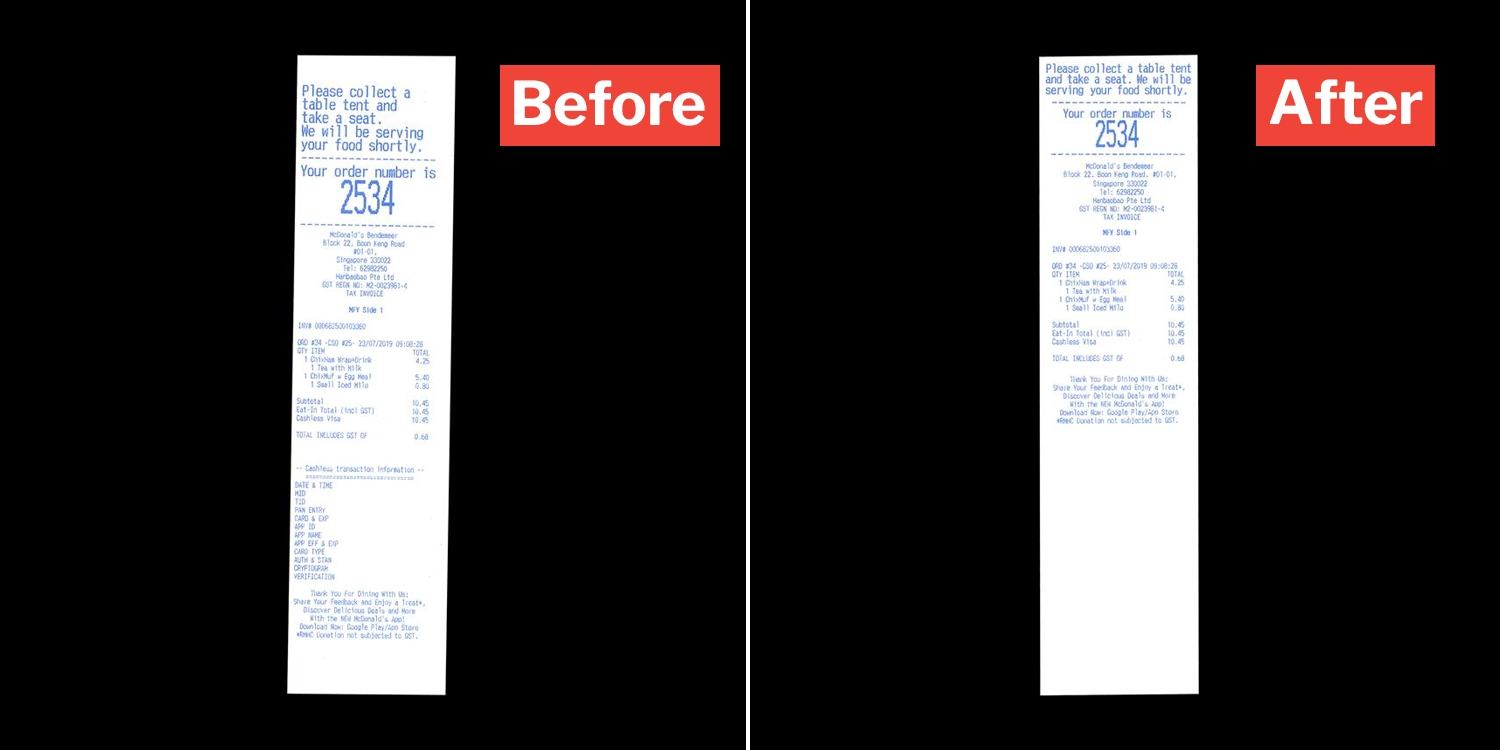 According to the post, Mr Ong has long found McDonald’s receipt – which he referred to as “parchments” – to be perplexing.

He shared that despite ordering a single item, he would receive a rather lengthy receipt — from both over-the-counter and automated kiosk orders.

So he began thinking — could we save paper, and the environment accordingly, by making amendments to the design of the receipts?

And that’s what started his little D-I-Y project.

Mr Ong started with a receipt that measured about 32cm in length and 8cm in width. 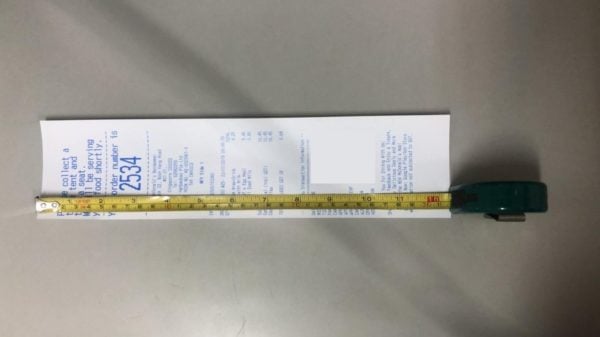 Lastly, Mr Ong cut off the bottom part of the receipt, which showed an advertisement. Mr Ong, however, conceded that it could be a strategic choice for McDonald’s to have it there.

Here’s a picture showing the transformation of the receipt. After finishing his project, Mr Ong claims the ‘new’ receipt only uses half the paper length of the original receipt. 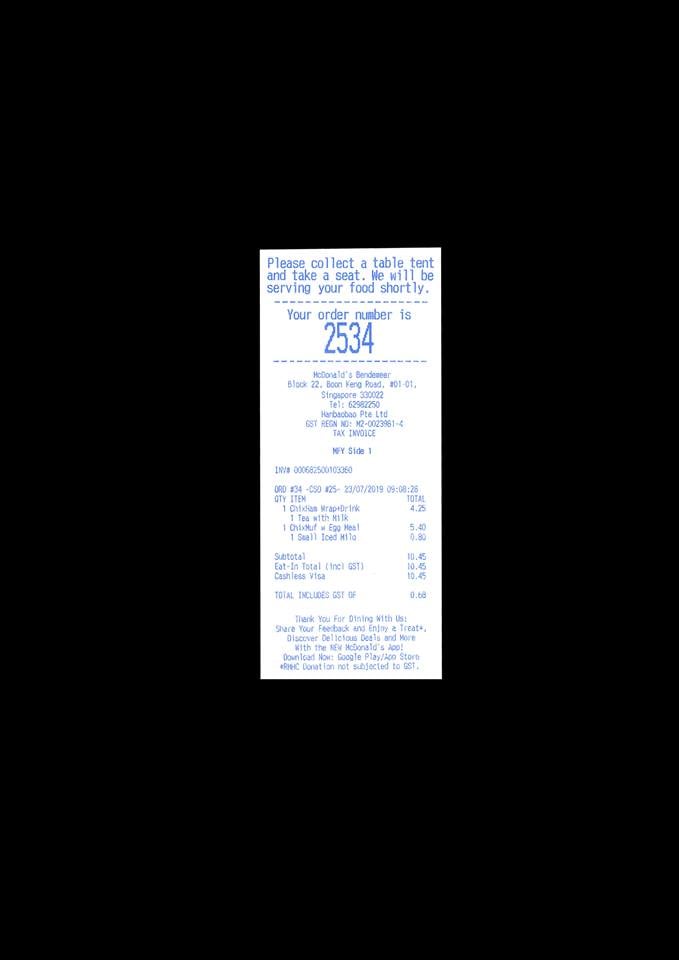 We are heartened that Singaporeans are actively thinking of ways to reduce the environmental impact of their daily activities.

We’ve reached out to McDonald’s Singapore for comments on Mr Ong’s project.