Must Share News – Independent News For Singaporeans
Home Viral Facebook 2 Men Ran The Perimeter Of S’pore In 28 Hours, Persevered With... 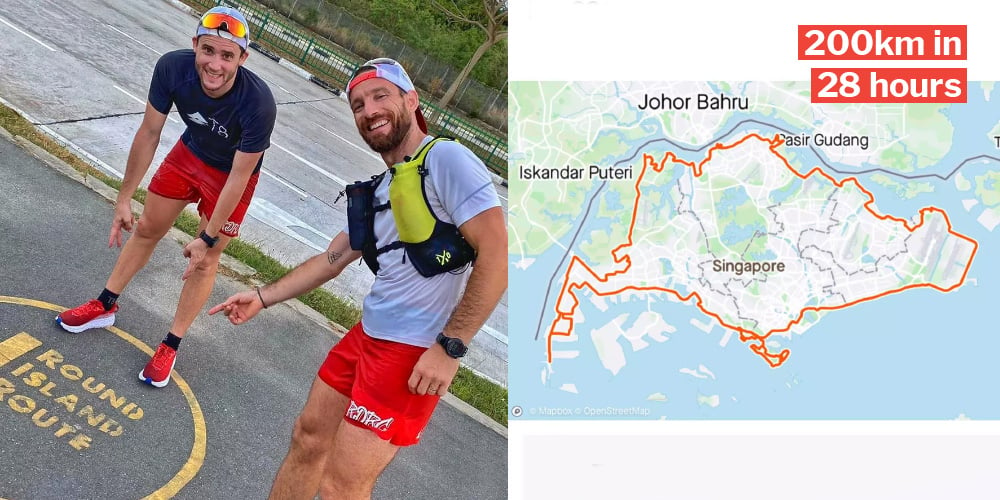 Many folks out there have a penchant for extreme sports but what about running extreme distances?

Well, 2 men decided to take on the challenge of running the perimeter of Singapore. On Saturday (13 Mar), Endurance Asia Podcast shared on Facebook that the runners managed to complete running 200km, the perimeter of Singapore in 28 hours.

2 men, Jean Runjichrun and Philippe Daniel, embarked on an ambitious run around Singapore’s perimeter over the weekend. They completed the whopping 200km distance in just 28 hours.

This would mean that the pair averaged an impressive speed of 7.14km/h throughout their long endurance run.

Pulled through challenging run with support of community

But the journey was not without its challenges.

According to the Facebook post, completing such a distance on flat concrete ground in Singapore’s extremely humid weather was “next level”.

There were many moments throughout the run where the runners thought they wouldn’t be able to pull through. But eventually they managed to accomplish their goal, thanks to the support from their friends, family, and the Singapore ultra running community.

At the conclusion of their arduous run, the 2 men embraced in celebration. Run went beyond the Round Island Route

For the most part of their run, the 2 men appear to have taken the Round Island Route.

According to National Parks Board (NParks), the Round Island Route is a continuous 150km park connector that goes around Singapore.

And the runners literally went the extra mile, venturing into the West region of Singapore that is not currently included in the Round Island Route, bringing their running distance to a total of 200km.

What an incredible feat it is to be able to say that you’ve ran the entire perimeter of Singapore at one go, amidst notoriously difficult warm weather.

Kudos to the ultra runners for their perseverance throughout the run. It’s certainly an inspirational story for many of us.

Would you ever think of embarking on the challenge of running the Round Island Route? Let us know in the comments down below.