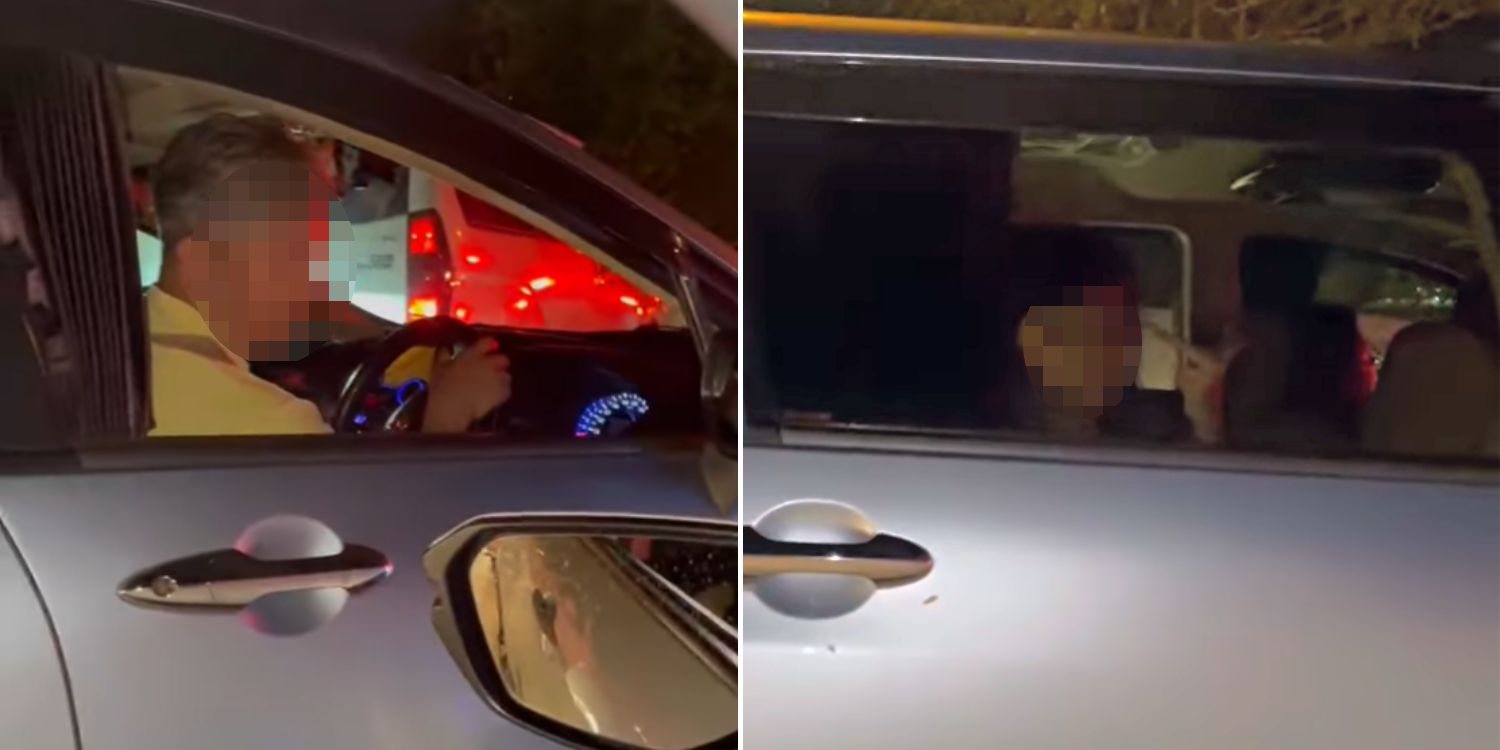 One driver accused another of cutting into their lane and hitting their car.

Anyone who has travelled across the Causeway since borders reopened has probably experienced getting stuck in queue for hours.

The long waits have resulted in some rather eyebrow-raising behaviour from drivers, including the infamous incident involving a woman who blocked a car near Tuas Checkpoint.

In the latest incident to take place along the Tuas Second Link, a driver was shown the middle finger by a little girl while arguing with the driver of the car she was sitting in. 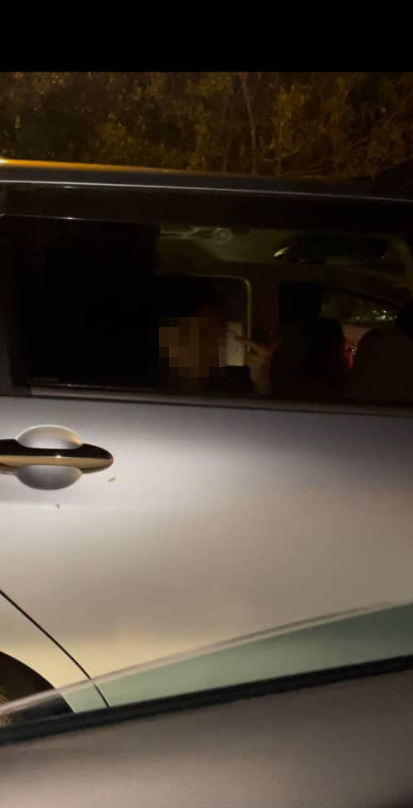 According to 8world News, the second driver had hit the first driver’s car while switching lanes, leading to a verbal dispute.

OP claims driver was unapologetic despite hitting their car

Videos and photos documenting the dispute were shared to the JBS Traffic Complaint Facebook group on Sunday (6 Nov).

In the caption, the OP claimed that the person had hit their car and acted as if he had done nothing wrong. 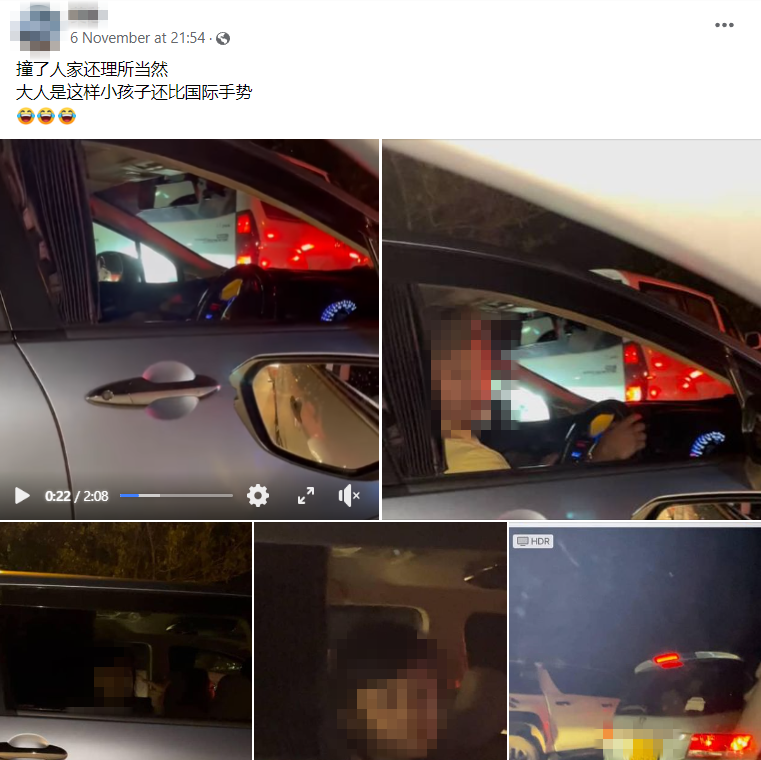 The OP then chastised the driver, as well as the little girl seating in the back seat who had given them an ‘international hand signal’.

A two-minute clip showed the OP seemingly chiding the driver, who appeared to be forcing his way into their lane. 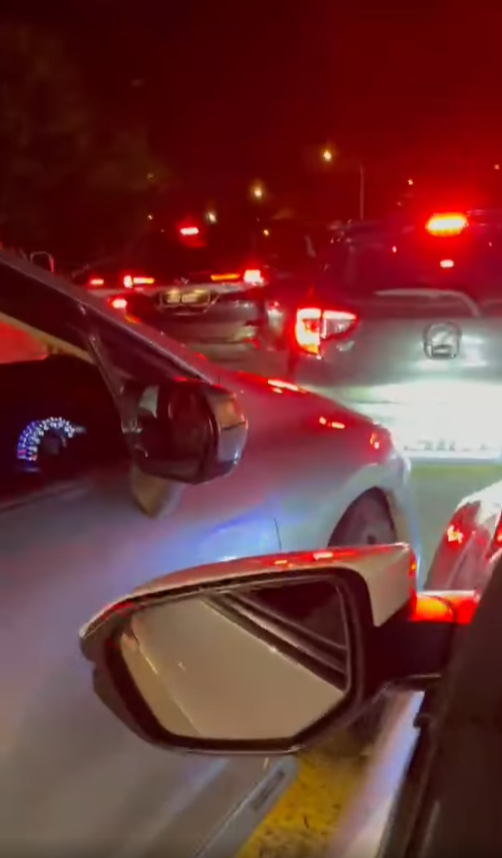 Asserting that it was their lane, the OP angrily asked the other driver why he was cutting into their lane when they hadn’t done the same to him.

The dispute got increasingly heated as both parties threatened to lodge police reports.

Later in the video, the OP asked the person driving them to wind down the back window so they could get the other driver’s licence plate. While doing so, they saw a little girl, who apparently gave them the middle finger from the backseat.

Talking to their driver, the OP said, “If you’re daring enough, just hit (the other driver) back. Then we can lodge a police report and claim his insurance.”

This appeared to raise uncomfortable reactions from the driver and another passenger in the front seat, who decided against it.

Undeterred, the OP continued to make their point, implying that they have a valid case since the other driver had hit them.

Suspecting that the other driver had a Singapore-registered vehicle, the OP pressed on by claiming that he is guaranteed to be found guilty as he had committed the offence in Malaysia.

As cars began moving again, the camera panned to the back of the other vehicle to show a Singaporean car plate.

While it is unclear if the other driver is the parent or guardian of the little girl, it did not deter netizens from blaming her behaviour on poor upbringing.

Addressing the incident as a whole, some felt that both drivers should have been more compromising.

Respect should be mutual after all. As a solution, however one netizen suggested that drivers only give way to motorists who need it, instead of those who allegedly cut queues.

Interestingly, one commenter pointed out that there was some extra space for the OP’s car, which meant that they could have given way without much of an issue.

“If everyone can give some leeway, everyone has a chance to pass. Aren’t traffic jams normal? What is there to be angry about?” said the netizen, implying that there wouldn’t have been a confrontation if the OP’s driver had done so.

But all in all, it seemed that many felt that both parties shared the blame for the the situation escalating.

Try to stay civil while stuck in jams

Although driving especially during a congestion can get stressful, there’s no need to be confrontational.

Despite the tension in the post, we hope that both parties managed to resolve their disagreements amicably.

More importantly, we hope that everyone arrived at their destinations safely.