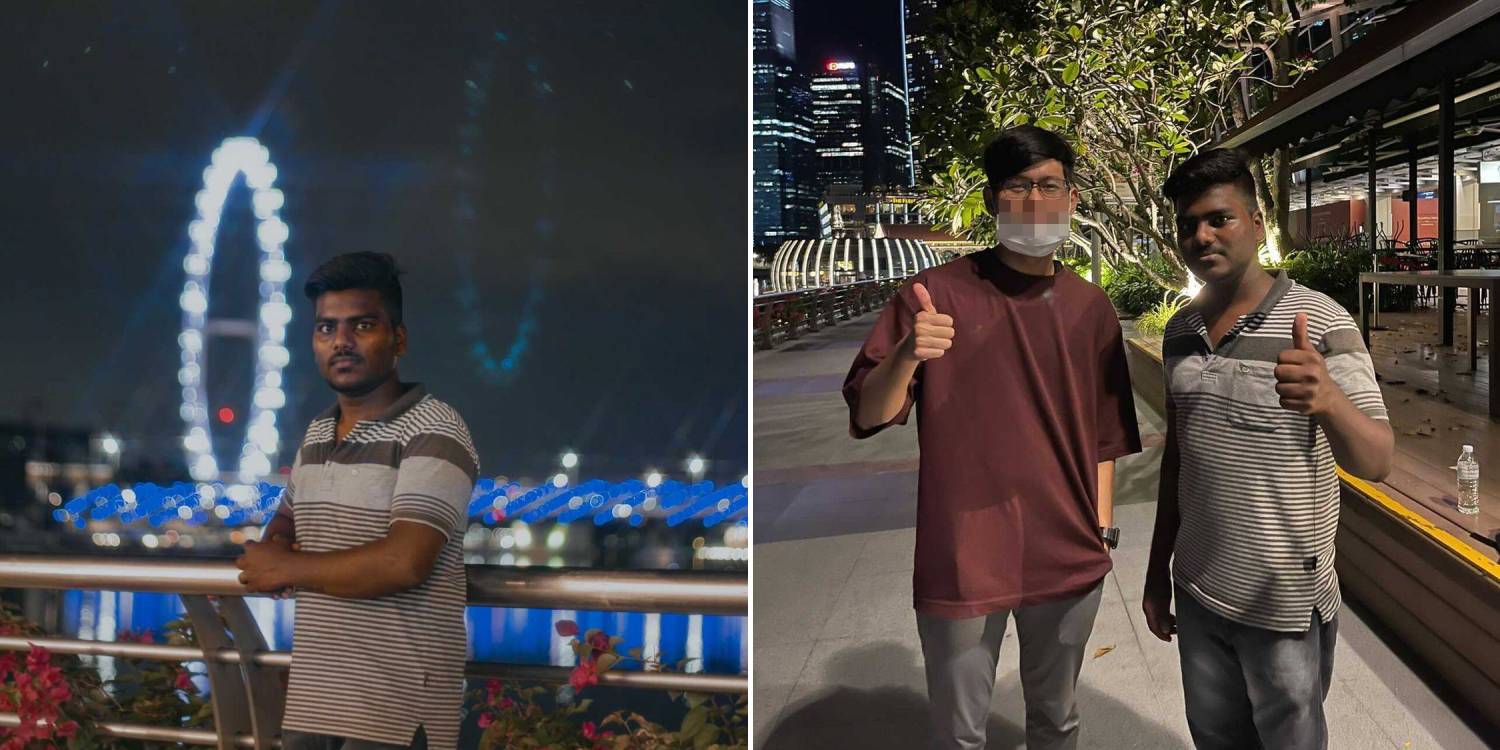 Migrant Worker Gets Insta-Worthy Pictures From Photographer With Camera

Migrant workers often work long hours and hardly get the leisure time to truly explore Singapore. Hence, using whatever free time they have, they often take pictures of the scenery to show their loved ones back home.

One particular migrant worker who was trying to get photos of himself in front of Singapore’s landmarks decided to approach TikTok user Muhd Rifqi Solihin (@mdrifqisol) for help to snap pictures on his humble phone. Little did he expect Rifqi to do so using his camera instead, providing him with beautiful shots to cherish forever.

Rifqi mentioned that he was heartened to see the worker so happy with the photos.

Rifqi told MS News that the incident happened on Sunday (1 Aug) night at around 10pm.

He was doing a photo shoot outside Starbucks at Fullerton One to test a filter he had recently purchased when he noticed the migrant worker taking selfies with the Marina Bay Sands (MBS) towers in the background.

As the night scene was lovely that day, the migrant worker wanted to take some portraits of himself using his phone. Hence, he decided to approach Rifqi for help.

As Rifqi was reviewing the photos he took using the worker’s phone, he noticed that the worker was looking at his camera.

Before he could even extend an offer, the migrant worker asked if Rifqi could take his photos using the camera.

After a mini photoshoot with the worker, Rifqi then edited and sent the photos to him through WhatsApp. Rifqi observed that the worker’s face lit up upon seeing the photos. 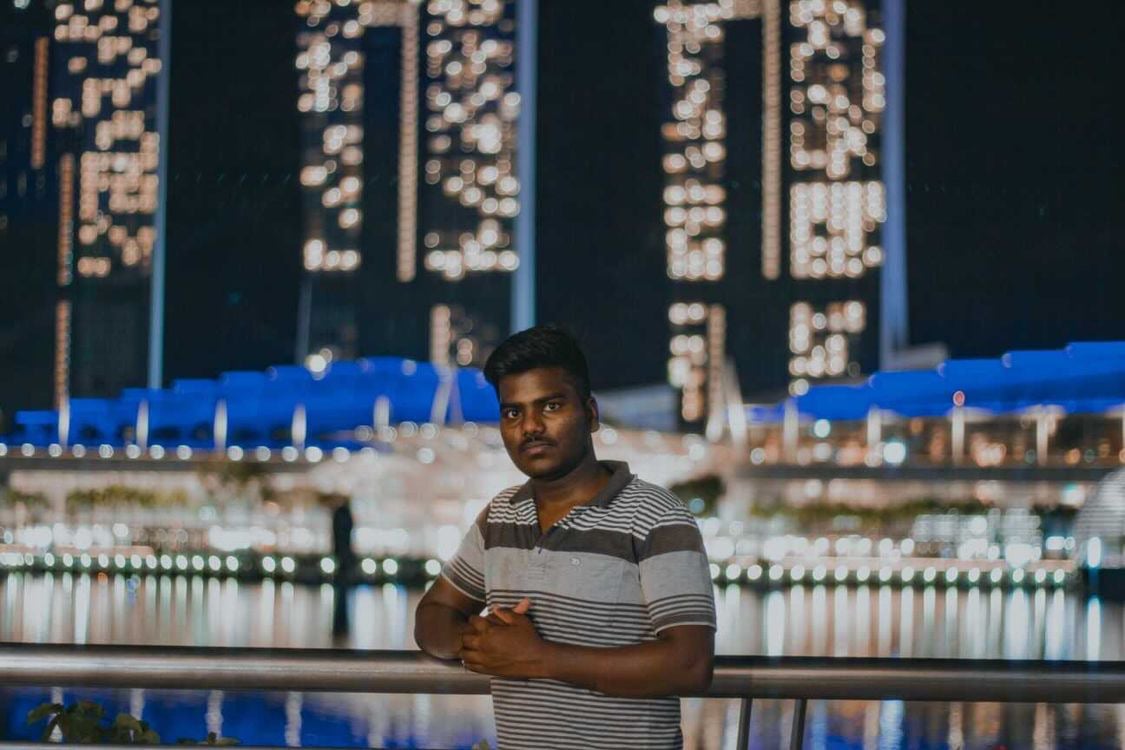 He then proceeded to ask for a photo with Rifqi and his friend who was also present at the scene. 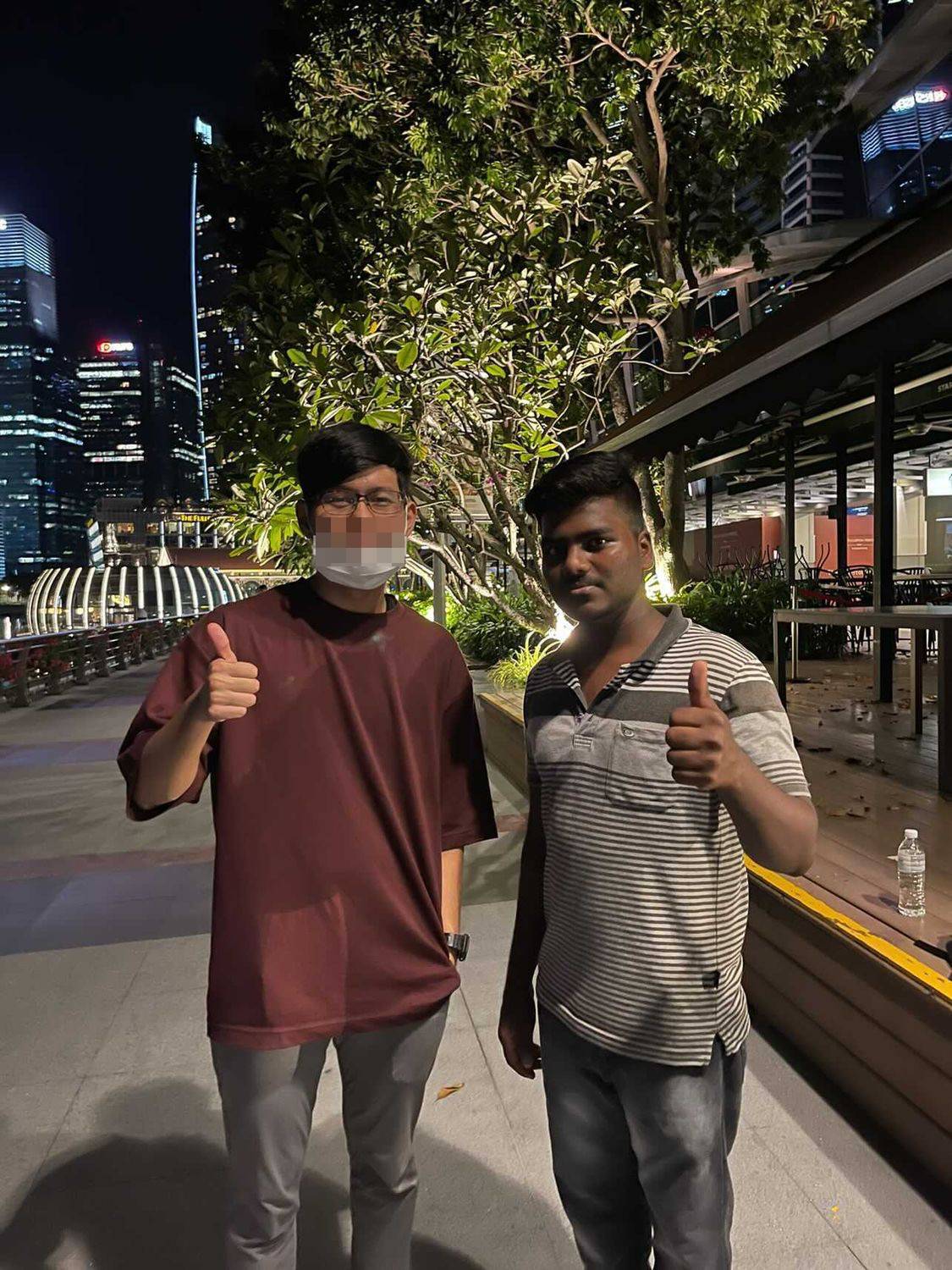 What was initially a typical photography session for Rifqi and a night out for the worker turned out to be a wholesome experience to remember.

From this experience, Rifqi became more appreciative of the migrant workers that have contributed greatly to build our nation.

Speaking to MS News, he explained that he shared the experience on TikTok as he wanted to show our migrant workers that they are not alone despite being so far away from home. 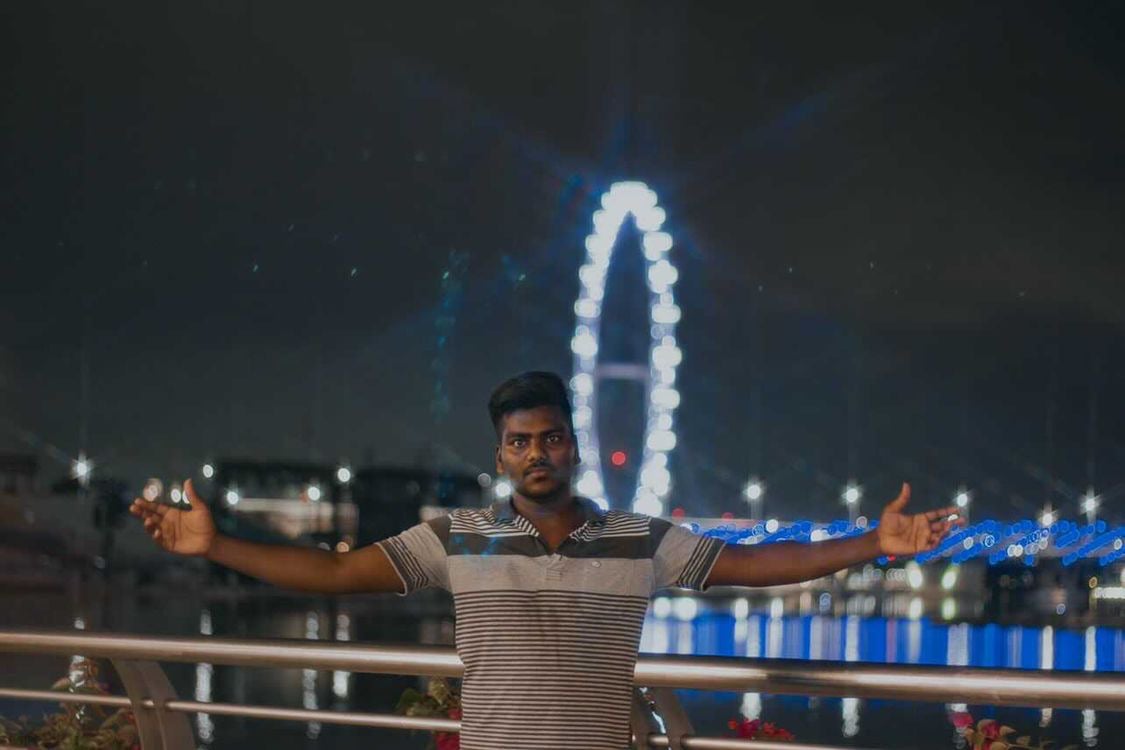 Rifqi also omitted the fact that the man was a migrant worker as he wanted to “promote and normalise inclusivity.”

“I see him as a person and a friend of mine”, he said.

As to what he hopes to achieve with his post, Rifqi has a simple message to everyone:

A small kind act goes a long way and I hope I’ve inspired others to be kind and do something kind and meaningful for our friends out there.

Though this photo-taking session might seem like a simple gesture, it could mean the world to the worker.

Toiling in a faraway country to provide for their families, they could use all the kindness and compassion from us. We should thus be more appreciative and reach out to help or motivate them to keep going.

Thank you Rifqi for making our migrant workers feel more welcomed here. We hope that this would inspire more of such acts in our community.