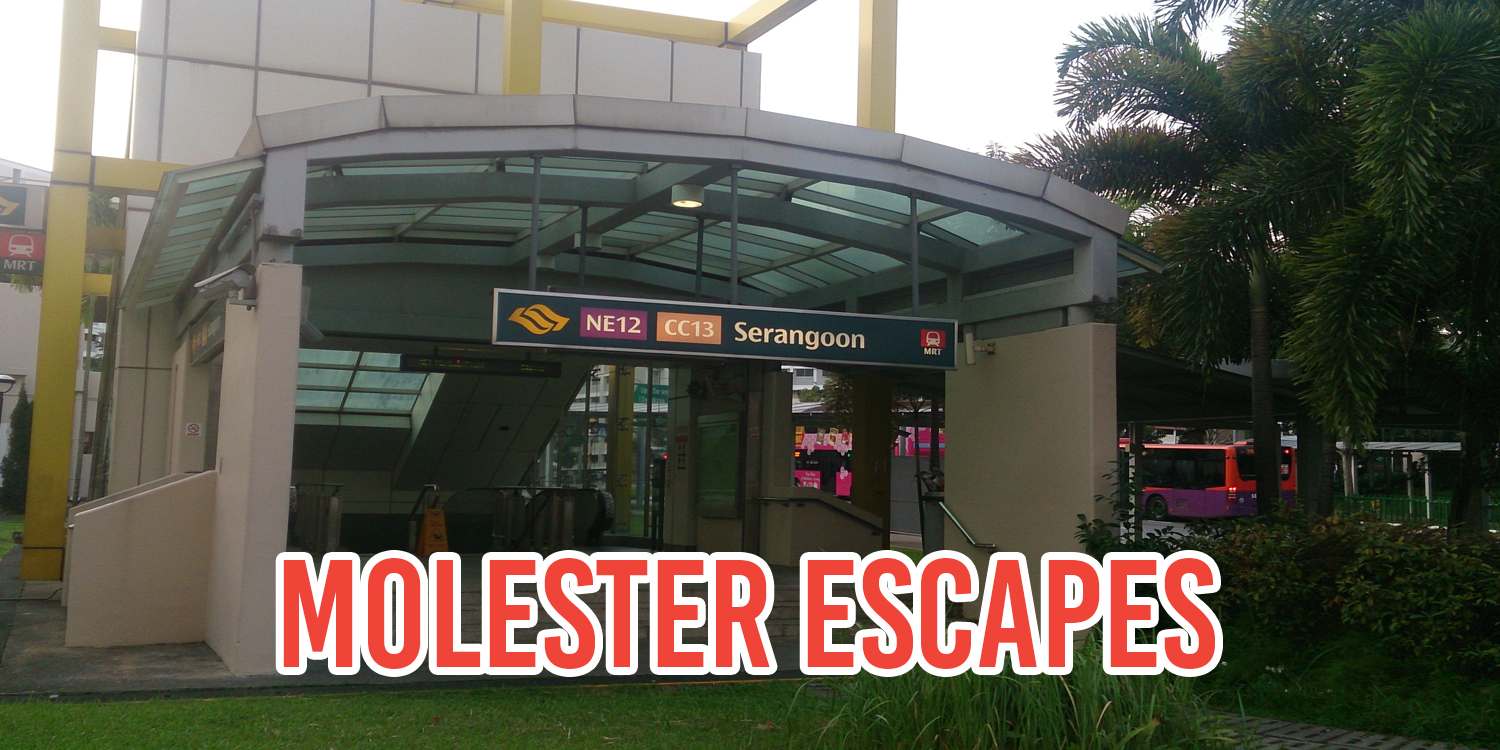 Netizens on Facebook have shared words of sympathy and consolation with a woman who was allegedly molested on the train and subsequently at Serangoon MRT.

The victim, Karmen Siew, published a lengthy Facebook post on Thursday (13 Sep), detailing her traumatic experience. The post has since gone viral, receiving more than 700 shares and 200 comments.

You can read the post in full here. We summarise it after the jump.

Horror on the MRT

Ms Siew’s misadventure started on the North-East Line. While on a train bound for HarbourFront, a commuter sitting beside her allegedly brushed his hands against her thigh.

She assumed it was accidental and tried distancing herself from the man. But he continued his advances.

Harassment continued at the MRT station

She then got off the train at Serangoon MRT but the man followed behind.

Things got worse on the escalator — the man groped Ms Siew’s butt. To make things worse, onlookers merely watched and did nothing for the helpless Ms Siew.

In a later update, she clarified that the man,

ran his finger between (her) buttcheeks, along the line of (her) private parts.

She made a dash for the control station and shouted for the station master to prevent the molester from getting away by blocking the gantry.

But the station master did nothing–he reportedly didn’t even try to chase the alleged culprit.

The station master claimed that since he was the only one on duty at that point in time, deserting his post would be breaking his company’s protocol. Instead, he got on the phone and called the police.

By then, the molester had gotten away.

At that point, Ms Siew was pretty livid to say the least,

not merely at the a**hole who got away, but at the ineptitude of the people who are supposed to help, and the indifference of those who could.

However, after spending close to 1.5 hours at the police post, she still didn’t get the chance to review the footage.

But Ms Siew mentioned in her updates that she was glad the police were doing their job investigating the matter.

As of the time of this article, police investigations are still underway.

Netizens on Facebook were extremely sympathetic towards Ms Siew in their comments. Here are a few highlights.

Should we bend the rules during such situations? This netizen certainly thinks so.

This netizen struggled to comprehend why the station master didn’t take a picture of the molester.

Another netizen expressed his concern over how MRT staff would handle terrorist-related incidents should they occur in the future.

This netizen shared her own experience with another pervert on the MRT.

Is it okay to not obey rules at all times?

Singaporeans’ law abiding nature is undoubtedly one of the key factors contributing to our safe society.

Yet in situations like this, should Singaporeans instead look past the rules and simply help out a fellow human in need?

Regardless, our thoughts go out to Mr Siew for having to go through such an unfortunate incident. We hope the molester is brought to justice and made to pay for his crime soon.