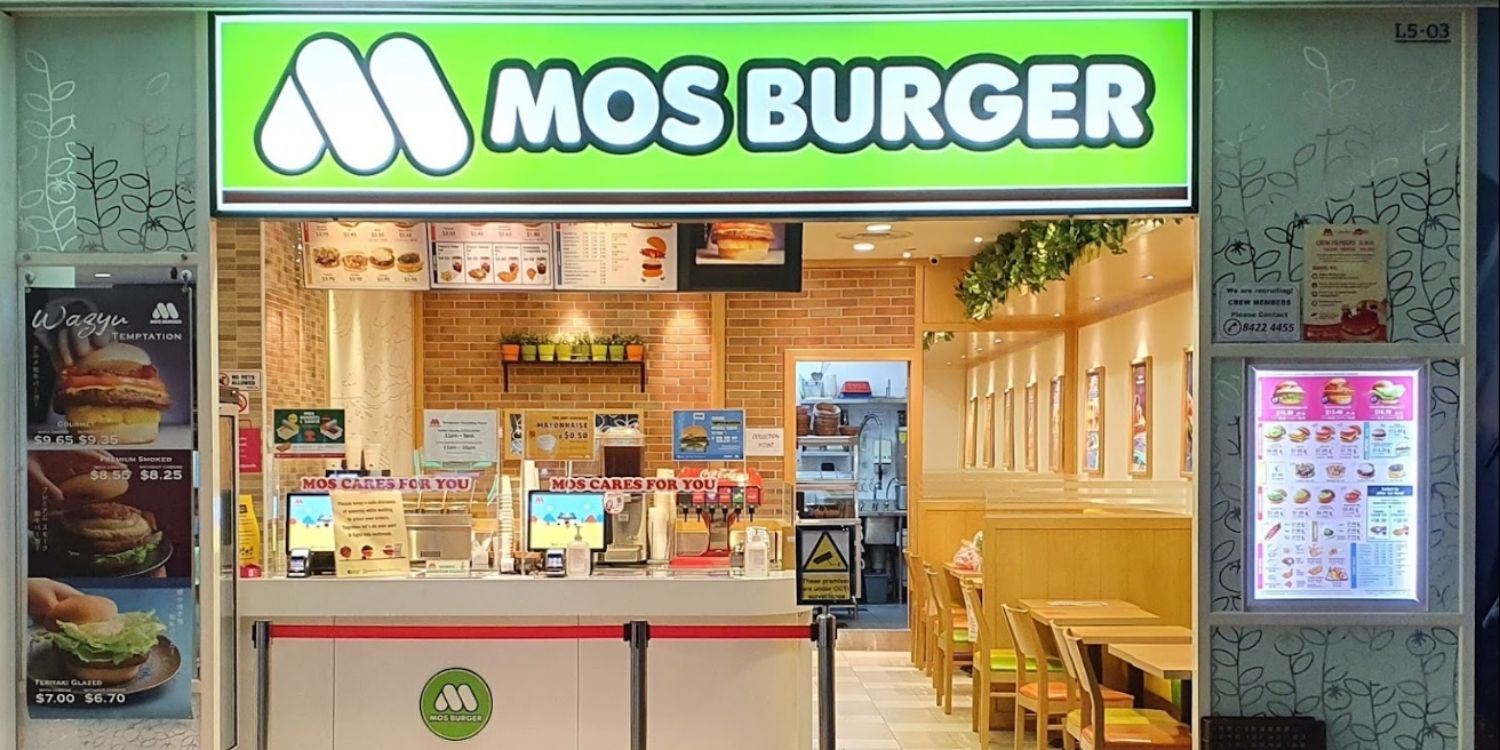 Temporarily closed till 18 Aug or till further notice.

Since more Covid-19 clusters have been appearing in Singapore, the country has been forced to tighten its restrictions. The suspension of dine-ins in particular has affected the food and beverage (F&B) industry, causing eateries including fast food restaurant chain MOS Burger to close.

Thankfully, the closure seems to be temporary, as the brand clarified in a Facebook post yesterday (22 Jul).

The chain will be closing 8 of its outlets till 18 Aug, in line with the dine-in restrictions which kicked in recently.

MOS Burger is a Japanese international fast-food restaurant chain that was first established in Singapore in 1992, with its first outlet at Isetan Scotts.

Since then, MOS Burger has opened 47 outlets islandwide.

Unfortunately for MOS fans, 8 of these outlets will not be operating till 18 Aug or till further notice if current Covid-19 restrictions remain.

However, it seems like other outlets will continue to open as per normal.

In response to queries from MS News, MOS Burger explained that the temporary closure was due to Singapore’s return to Phase 2 Heightened Alert (P2HA). This meant that all dine-ins will cease and only takeaway or delivery is allowed.

Since there will be no dining in till 18 Aug, MOS Burger has decided to temporarily close the outlets that had a low percentage of takeaway and deliveries. 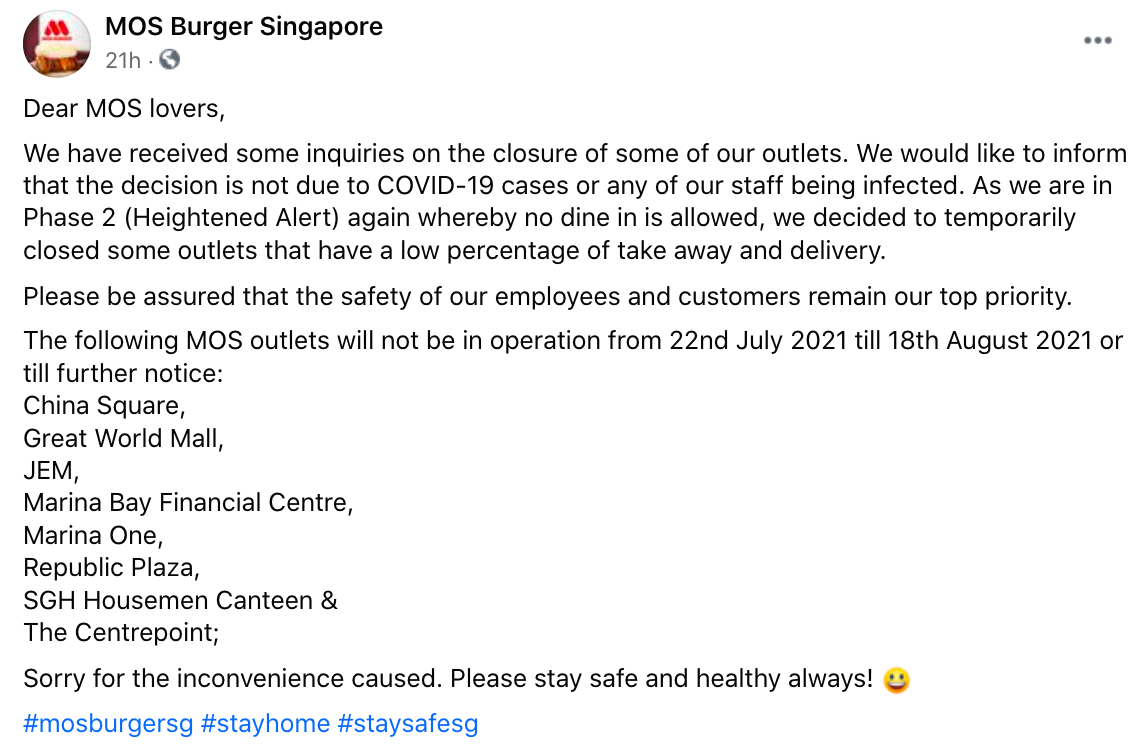 A similar decision was also made during the previous P2HA. MOS Burger clarified that this move is not due to any Covid-19 cases in their outlets, nor their staff being tested positive.

While this was a rather sudden move by MOS Burger, netizens still cheered them on. However, there were also some concerns about what would happen to the staff of the closed outlets.

Another customer also expressed their support despite previous experiences and hoped that MOS Burger would remain in Singapore.

Do our part to practise safety measures

Since the Covid-19 pandemic first hit us, many F&B establishments have been badly affected, some more so than others.

While MOS Burger seems to be facing such a struggle, we’re glad that it’s only temporary.

For the rest of us customers, let’s do our part and adhere to safety measures so that these F&B outlets will be able to reopen soon.