Don't need to keep Googling for the MRT map any more.

After commuting for years, there are surely moments you had to speed-walk around the MRT station looking for the complete MRT map.

But what about when you’re on the train? You could check Google Maps, but it may take a while to load using underground Internet reception.

Singaporean Mr Timothi Lim designed a nifty solution for this — an augmented reality (AR) version of the entire MRT map.

The actual quality is much higher.

In the 40-second video, posted last Friday (19 Jul), Mr Lim shows how you simply need to let your phone camera “see” the back of your EZ-Link card.

Then the AR MRT map appears. You can zoom in and out too.

Pretty nifty. Here’s how to make the AR map work for you.

AR MRT Map: How it works

If you’re worried this is complicated to install, fret not. The steps are simple.

Step 1: Open the Facebook camera filter using this link — click here. You should be prompted to load Facebook’s camera and your screen will look like this: 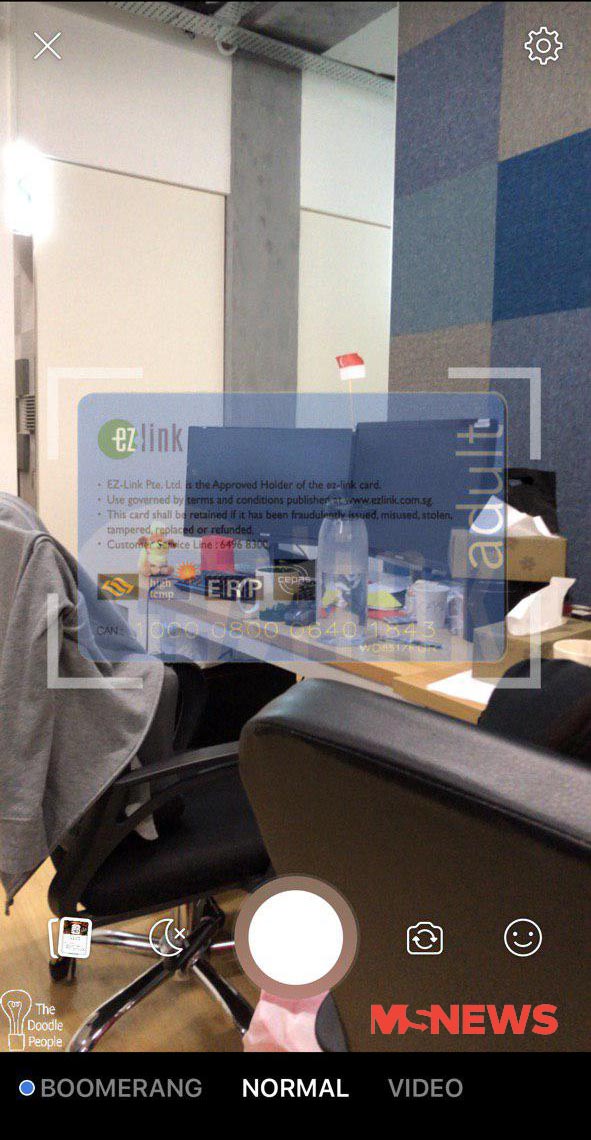 Step 2: Scan the back of an adult EZ-Link card, as indicated in the on-screen rectangle box.

Tip — ensure that your fingers aren’t covering the edges of your card, otherwise the camera may have a hard time detecting it.

Step 3: If successful, the entire MRT map will pop up. You can get a quick look of the train network, as such. 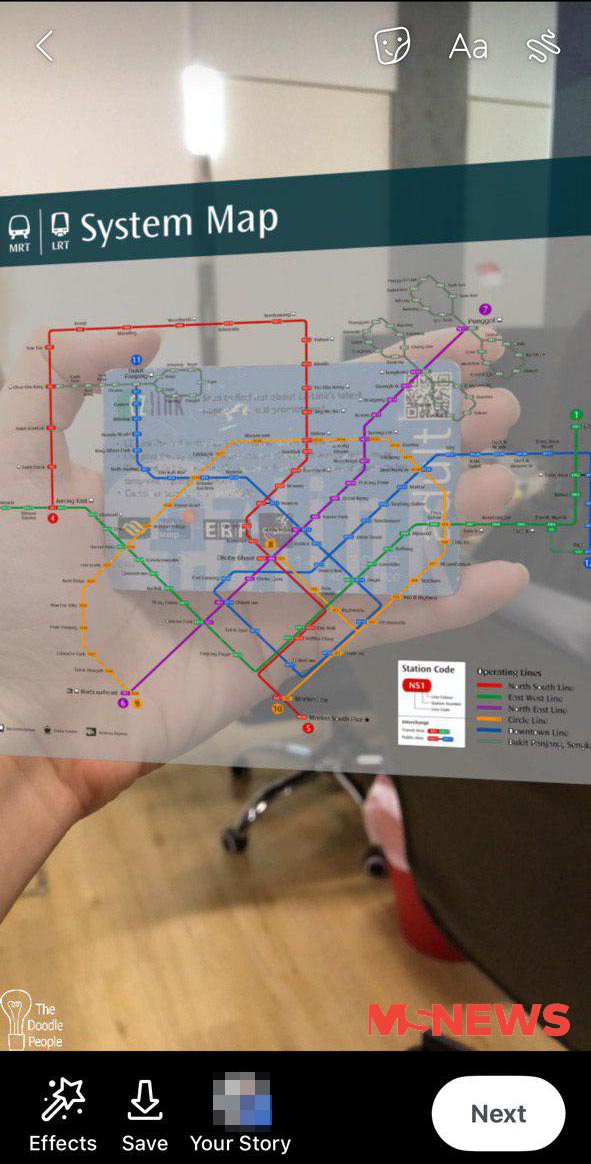 Voila. The MRT map, in the palm of your hand.

Getting a closer look

You may be looking at your screen, wondering how you can get a closer look.

You can, in fact. Mr Lim points out that you can use your thumb to resize the map by swiping up and down.

Zooming in is also possible by moving your card closer to the camera. 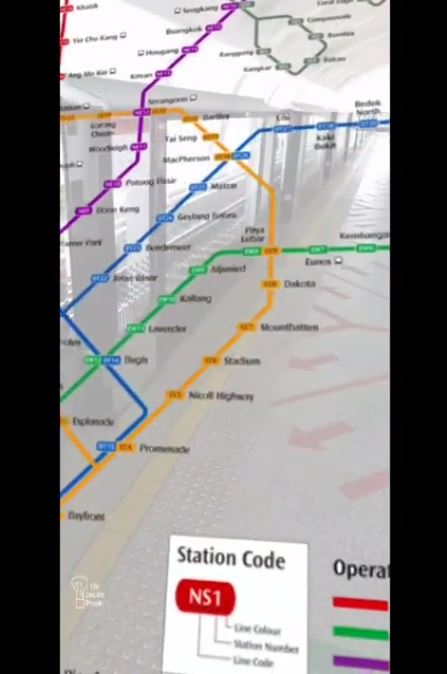 If you tap the map, you’ll lock it in place, which means that you wouldn’t need to hold the EZ-Link card in front of the phone.

After locking it in place, just pinch the map with two fingers to resize or move it around with one finger.

To unlock it, tap the map again but you’ll need your EZ-Link card for this trick.

According to Mr Lim, he designed this AR map to aid him during his commute, especially when he needs a quick glance at the entire map.

He finds this more reassuring than viewing individual maps of specific lines when travelling to new areas.

Mr Lim thinks this map will be helpful to commuters, particularly those new to Singapore, who are unfamiliar with MRT train maps.

Singaporeans surely are a dedicated bunch when it comes to making lives easier for commuters.

Just recently, an architect introduced his minimalist design version of the MRT map. While another took the time to come up with a geographically accurate one.

Let’s take the time to give them our thanks for thinking about everyday commuters out there. As with the previously enhanced maps, we hope Mr Lim’s AR Map will inspire the Land Transport Authority to launch an official version soon.