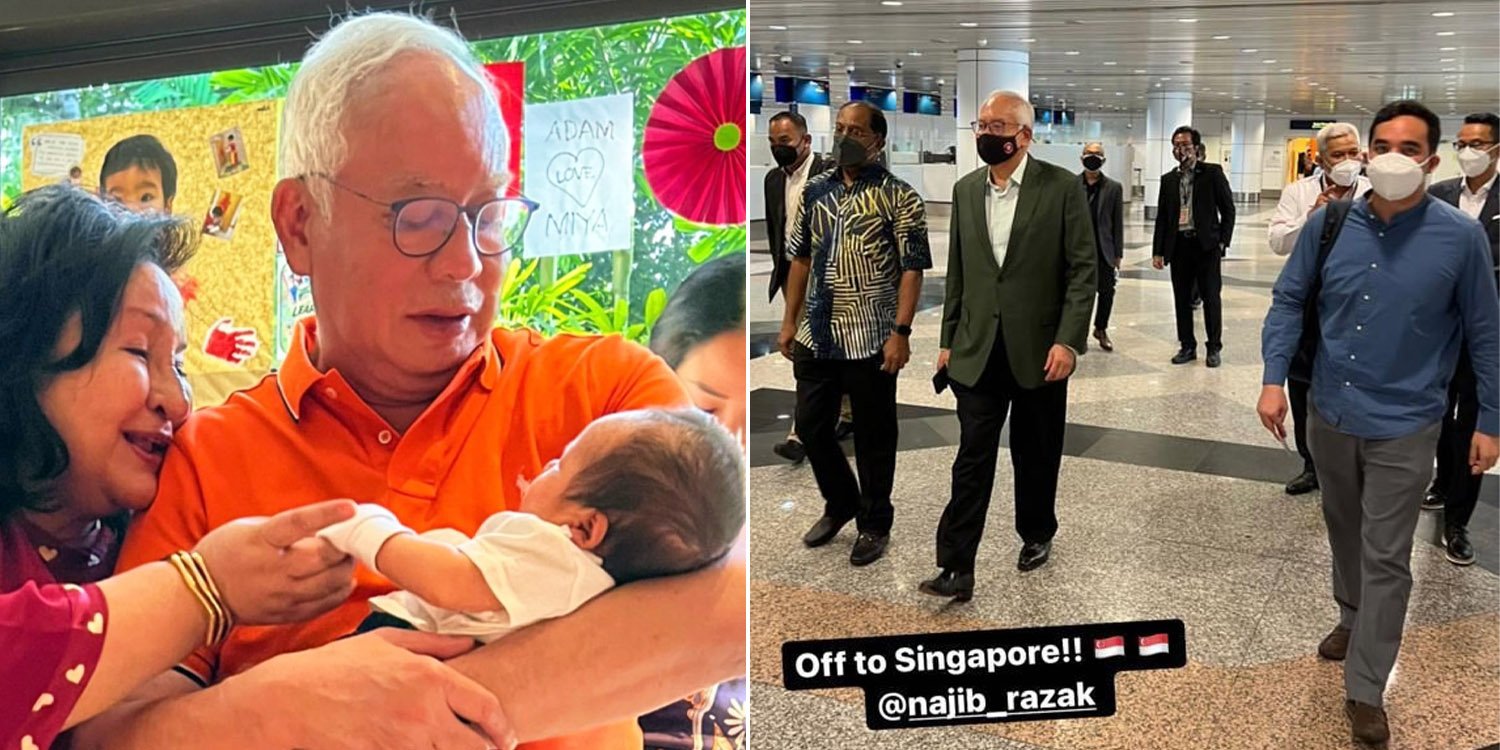 But just like many ordinary Malaysians and Singaporeans, he too has been separated from family members across the Causeway due to the Covid-19 pandemic.

On Monday (29 Nov), the day when the Malaysia-Singapore VTL launched, Najib and his wife, Rosmah Mansor, were reunited with their daughter who resides in Singapore.

It was a special reunion as the couple also got to meet their newborn grandson for the very 1st time.

On Monday (29 Nov), Najib’s youngest son Norashman shared on Instagram that he is off to Singapore, tagging his father in the post as well. It is unclear if they were in an airport at the time. 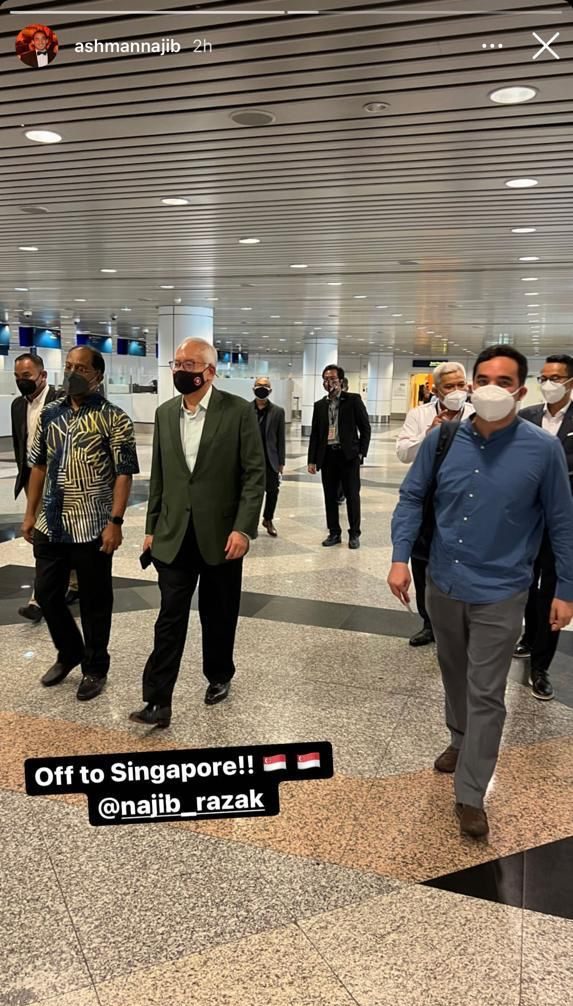 Later that day, Najib’s daughter, Nooryana shared a heartwarming picture of her father holding and gazing lovingly at his recently born grandson. 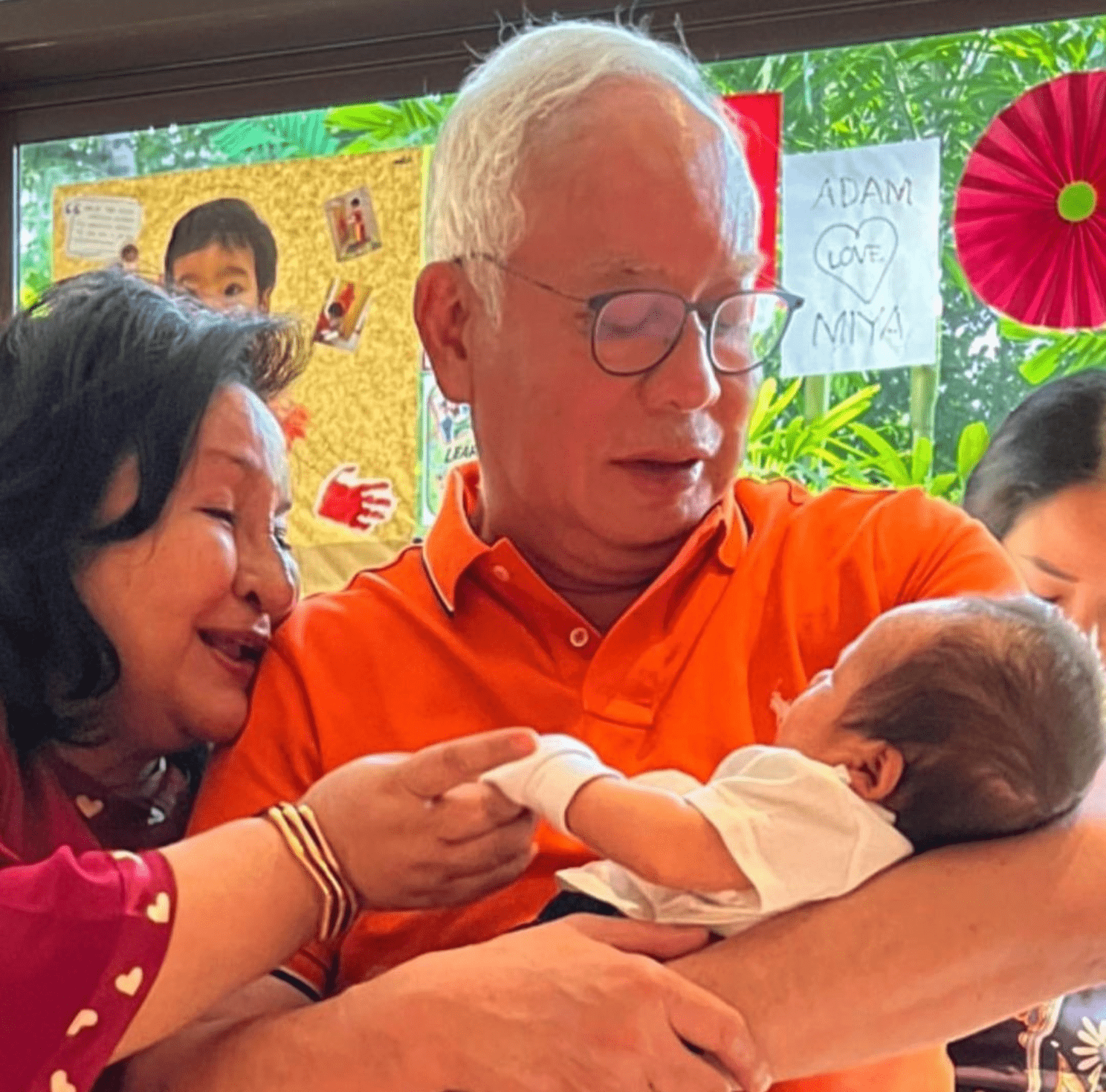 Beside him, Rosmah could be seen holding onto the baby’s hand.

In her caption, Nooryana said it was the first meeting between her baby son, Aidan Najib, and ‘Atok Bossku’.

Atok means grandfather in Malay and Bossku is a popular nickname for Najib.

On the same day, Norashman also posted a picture himself holding what appeared to be baby Aidan while posing with his sister Nooryana. 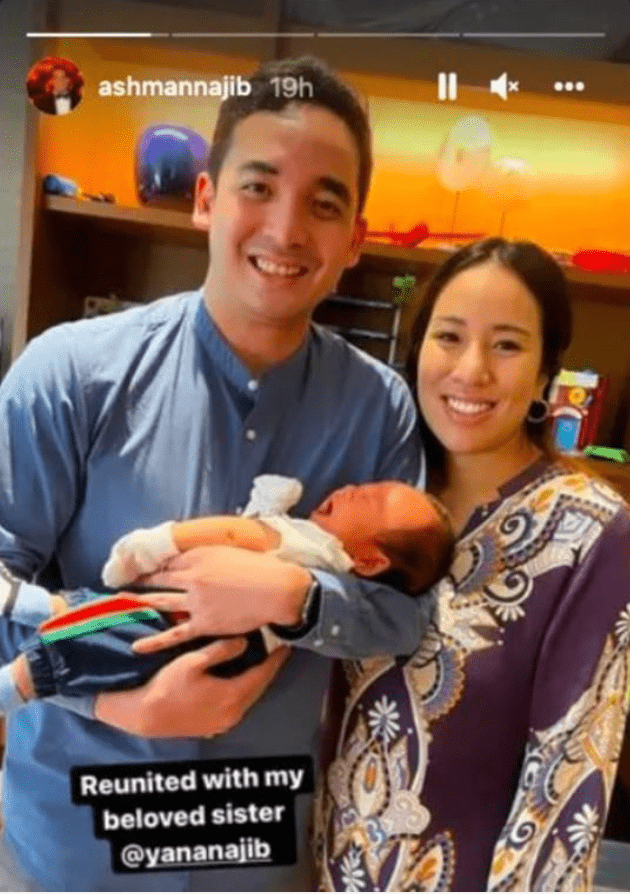 In the caption, he wrote ‘Reunited with my beloved sister’ and tagged Nooryana.

According to Nooryana’s Instagram, her son, Aidan Najib, was born on 1 Nov. Prior to the trip, Najib and Rosmah had applied to the Malaysian court to retrieve their passports.

This was so they could come to Singapore to accompany their daughter, Nooryana, before she gave birth, reported 8World News.

Rosmah’s application was approved by the High Court on 15 Oct. She’s required to return to Malaysia before 6 Dec.

As for Najib, he was allowed to retrieve his passport from 20 Oct till 22 Nov.

However, he later postponed his trip to Singapore and asked that his passport return date be postponed to 12 Dec.

It is unclear if Najib and his family travelled to Singapore via the VTL.

It must’ve been a special day for Najib and his family to be reunited after such a long period of time.

While he might be a highly controversial figure, there’s no doubting the effects the Covid-19 pandemic has had on every one of us, high-profile or otherwise.