We’ve officially entered December, which means that we can start counting down to the New Year.

Merrymakers who are looking forward to festivities would be happy to know that STAR ISLAND’s New Year’s Eve fireworks show will be back at the Marina Bay floating platform after two years. 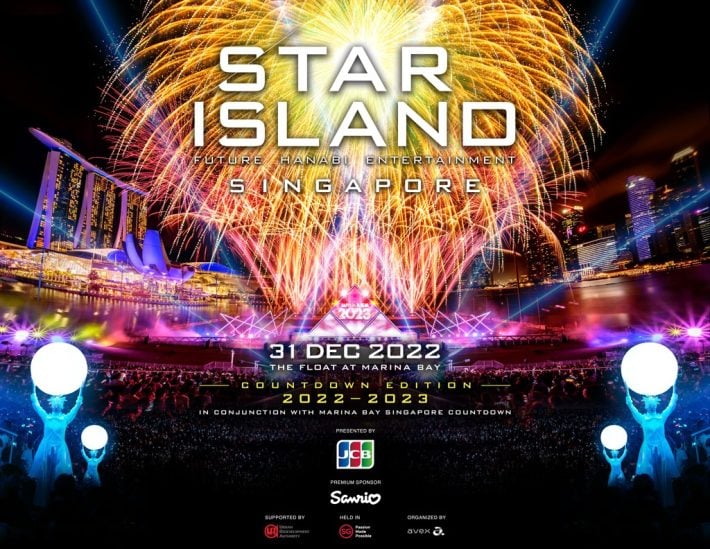 The best part is that their rehearsal sessions are free, so you can head down to watch the show if you’re in the area.

Sanrio fans can even catch DJ Hello Kitty in action, spinning music for the actual show.

In a press release on 9 Nov, arts and entertainment company Star Island announced that their acclaimed fireworks and light show will be returning this year. 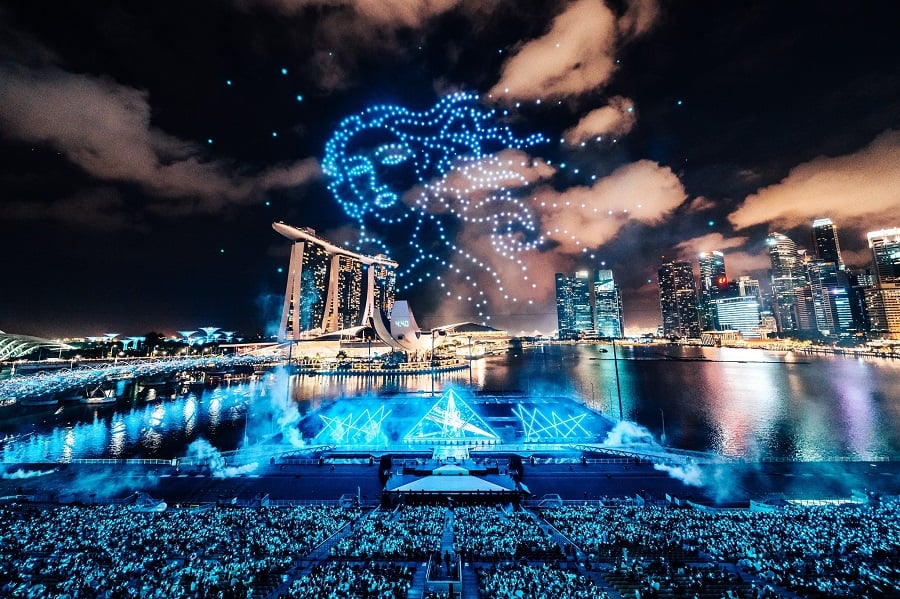 Due to the pandemic, STAR ISLAND was unable to host the show for two years. While its comeback will no doubt be glorious, it will also be the last time the show will happen at The Float @ Marina Bay, before its redevelopment into the NS Square.

Similar to previous iterations, the STAR ISLAND Singapore Countdown 2022-2023 is set to be an 80-minute fireworks musical hailing all the way from Japan.

Sanrio lovers will be delighted to hear that DJ Hello Kitty will be making her appearance at the event. 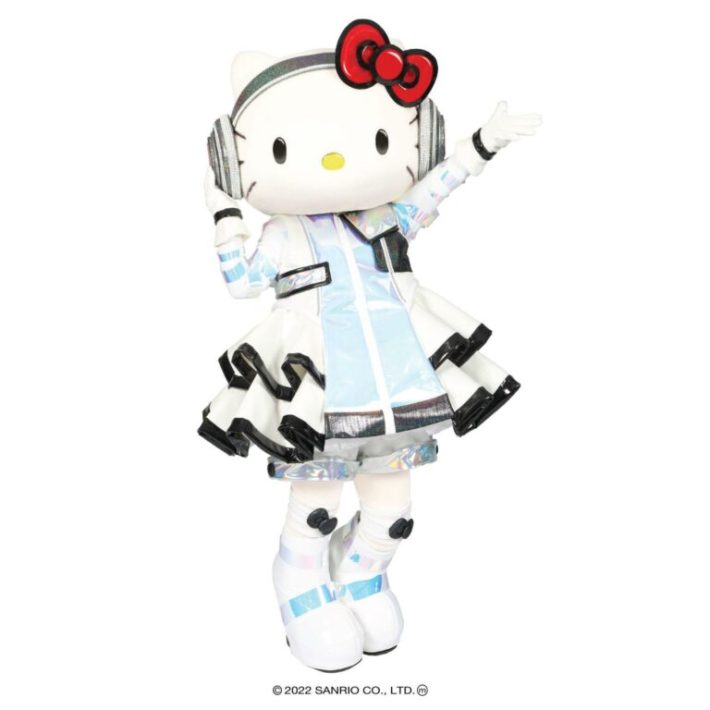 That’s not all — there will also be limited edition merchandise for sale, as part of the collaboration between new sponsors Sanrio and Star Island.

Of course, such festivities aren’t complete without some drinks. To truly let loose and usher in the new year, visitors can get drinks at a wine pop-up.

Rehearsals for Marina Bay fireworks show are free of charge

Considering how extravagant the event will be, the fairly hefty ticket prices aren’t surprising.

On STAR ISLAND’s website, passes for the VVIP suite start from a whopping S$6,888 for a group of 6. On the other hand, Category 6 tickets start from S$88.

Thankfully, there’s also a ‘Prequel to STAR ISLAND’ event that’s free for the public to view. 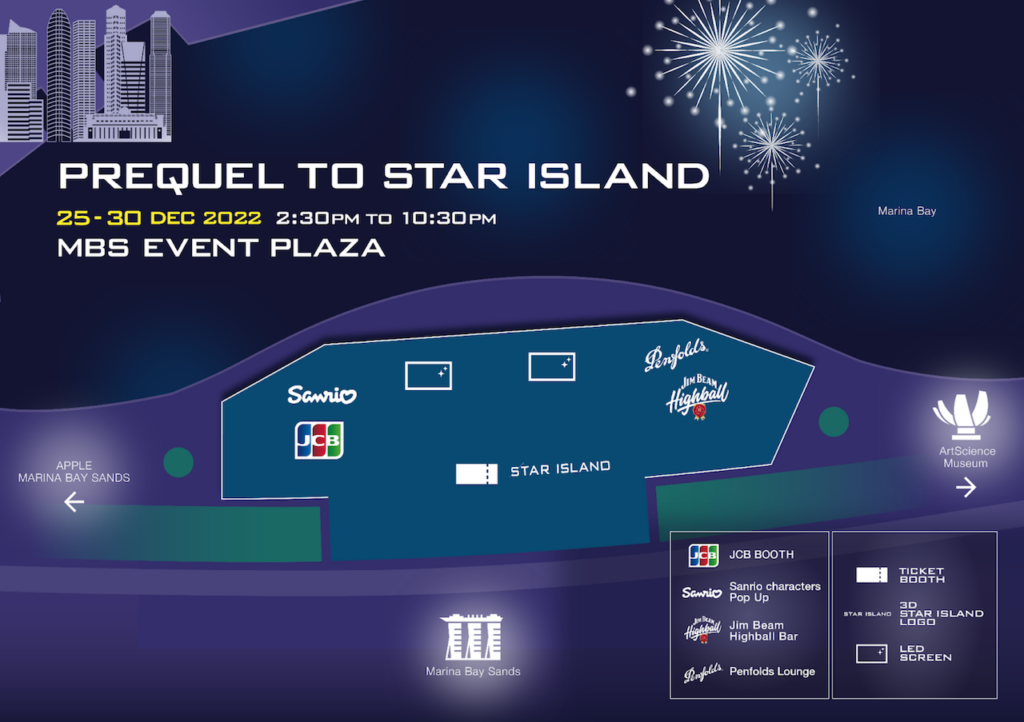 Described as a “taster” for the final show, folks in the area can catch a glimpse of the light and fireworks show if they happen to pass by.

If you’d like to get that chance, here’s how to find your way there:

Those who’d like to book tickets can check out the various prices and camp on the STAR ISLAND website for updates.

Ring in the New Year with pomp

After surviving the pandemic and a probably challenging year, there’s no better way to celebrate than with a grand countdown event.

Jio your friends and family to catch the fireworks, whether at the rehearsal or actual countdown, and ring in the New Year with much pomp and joy.

Here’s hoping 2023 will be a lot kinder and more pleasant year for everyone.

Featured image adapted from Avex Asia on Facebook and Japan Craze on Facebook, for illustration purposes only.