NSmen Free To Decide How To Use NS55 Credits, Encashment Might Incur Extra Fees: MINDEF 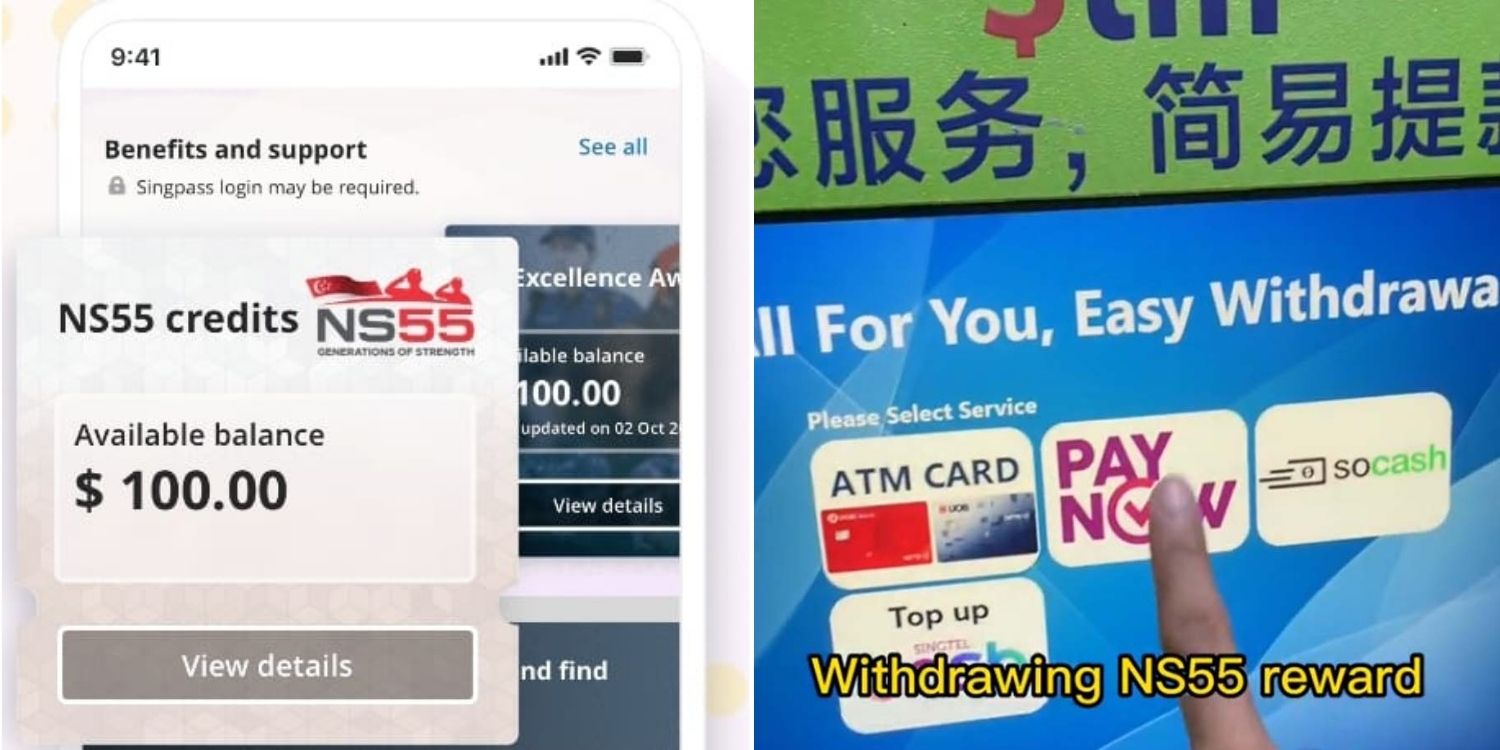 That means the Sheng Siong "life hack" is legit.

NSmen Can Decide How They Want To Use S$100 NS55 Credits, Says MINDEF

By now, many eligible national servicemen (NSmen) should have claimed and used the S$100 NS55 digital credits given to them by the Government.

Some of them may have even used a handy “life hack” that allows them to claim them in cold, hard cash.

However, others may be uncertain whether they’re even allowed to do so.

To that, the Ministry of Defence said NSmen are “free to decide” how they want to use the credits. 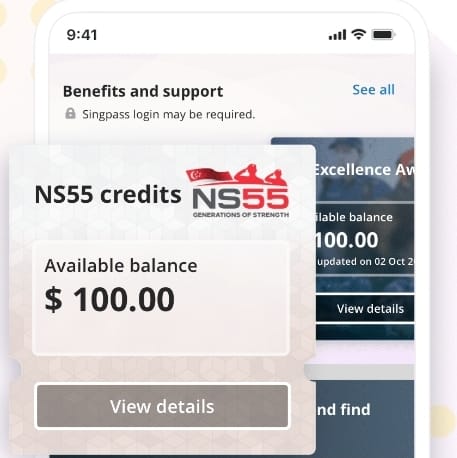 However, they noted that extra fees are possible should they choose to encash them.

NS55 Credits are flexible in usage

According to MINDEF on Saturday (9 Jul), S$100 NS55 Credits are accepted at online or physical merchants that accept payment via Scan and Pay via PayNow UEN QR or NETS QR.

This includes supermarkets, retail and F&B outlets and hawkers. This is so that NSmen can have flexibility in using their NS55 credits and potential added benefits, the ministry said.

As such, NSmen “are free to decide how they would like to use the NS55 Credits”.

One option might be encashing them at merchants that allow them to do so, like Sheng Siong supermarket.

This comes after a TikTok user uploaded a tutorial on how to redeem the credits in the form of cash via Simple Teller Machines ($TM) at Sheng Siong outlets. 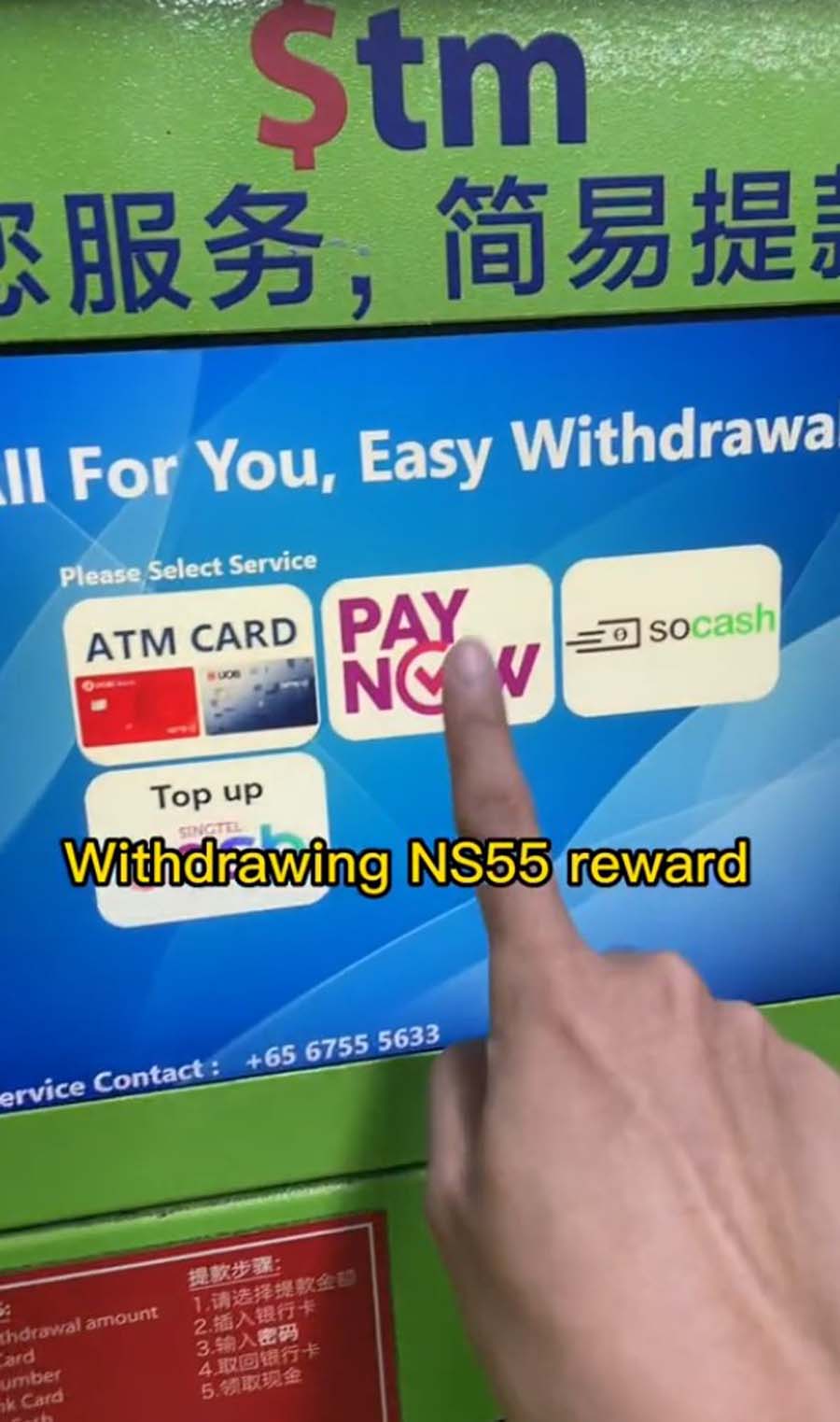 However, MINDEF also noted that extra fees might be incurred when encashing NS55 Credits at merchants.

Thus, they advised NSmen to consider whether they wanted to incur these fees or not.

For example, a S$0.20 service fee is required when encashing them via Sheng Siong’s $TMs.

That means the full S$100 worth of credits can’t be cashed out, as some must be left to pay the fee.

The NS55 Credits are part of the NS55 Recognition Package to mark 55 years of NS.

It’s a gesture of appreciation for NSmen’s contributions to Singapore’s defence and security and also includes a complimentary 1-year SAFRA or HomeTeamNS membership.

Those eligible for the package would have received a notification letter from MINDEF or the Ministry of Home Affairs (MHA) from mid-Jun 2022.

The S$100 credits will be credited only to the LifeSG app, so NSmen must ensure they’ve downloaded the app and the credits are in before they can start using them.

Thank you all past & present servicemen

Now that MINDEF has clarified that encashment of NS55 Credits is allowed, NSmen may continue to use the Sheng Siong “life hack” without fear.

After all, while more merchants are adopting e-payment methods, some retailers preferred by NSmen may not have started doing so yet.

We thank all NSmen for their service to Singapore, and hope they have a good time spending their credits.

Featured image adapted from The Little Box on Facebook and @kpherluke on TikTok.