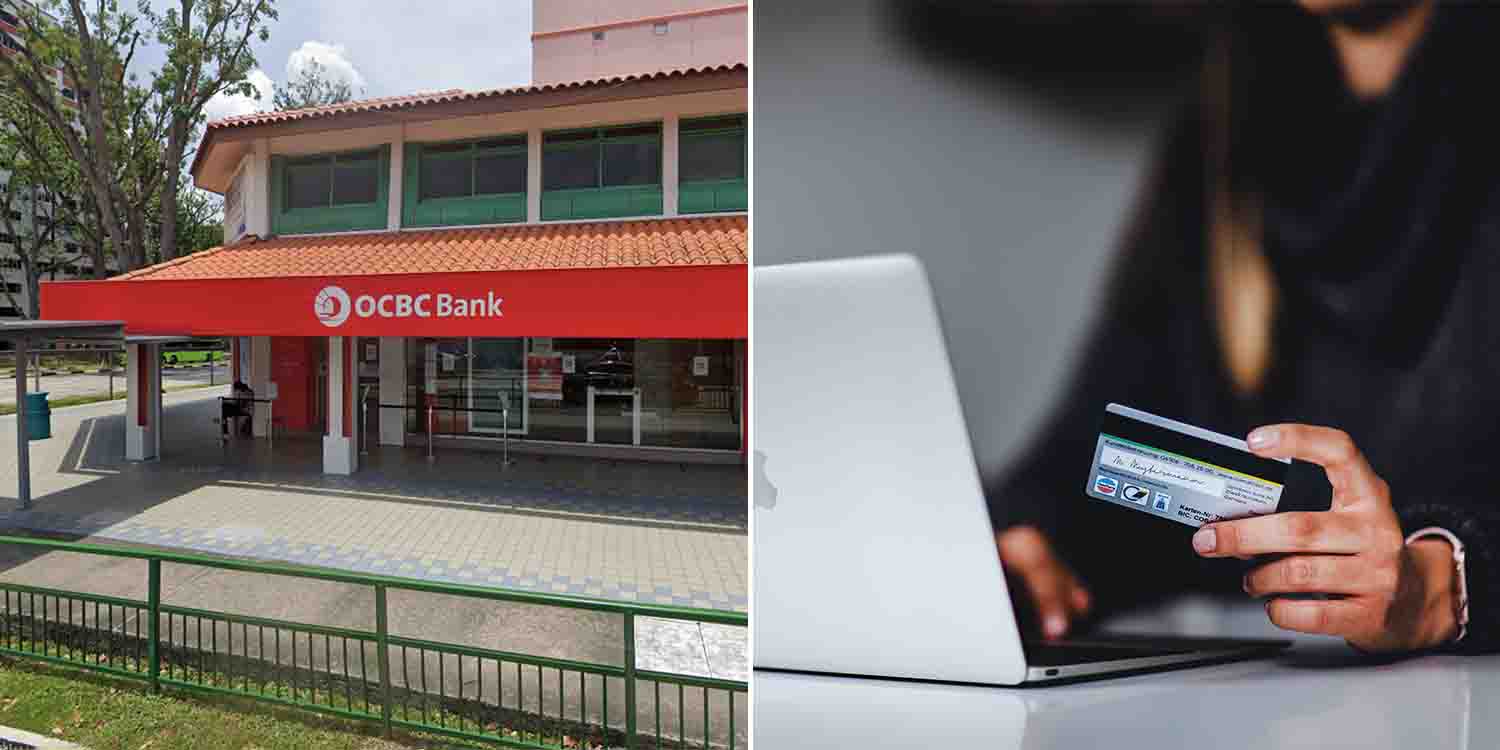 Cybercrime is on the rise and many fall prey to scams thanks to various tricks. Hence, it is crucial we reserve healthy scepticism when people ask for money online, even if they’re our friends or relatives.

OCBC Bank posted on Facebook about how their staff managed to prevent a woman from transferring money to a scammer 3 separate times. 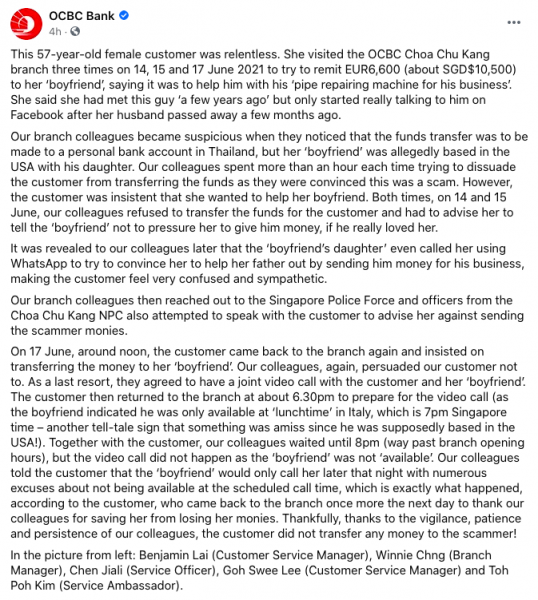 Due to the dedication of the OCBC staff, the woman finally realised that it was a scam and managed to save her money thanks to them.

OCBC posted on Monday (30 Aug) about a love scam incident involving one of their customers in Jun at the Choa Chu Kang (CCK) branch. 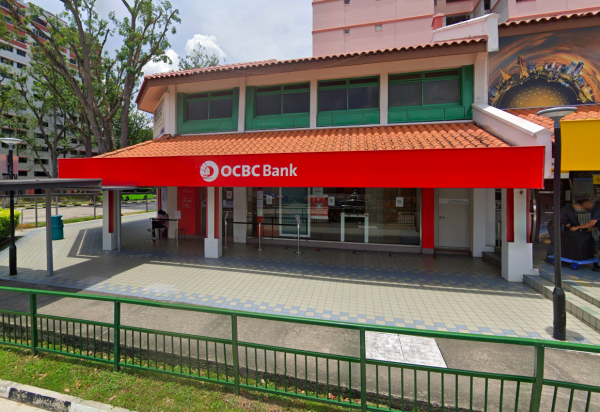 On 14 Jun, a 57-year-old woman attempted to transfer around S$10,500 to her ‘boyfriend’ overseas. Though they only met online, she trusted him and wanted to help with his business.

The woman mentioned that they only starting talking on Facebook after her husband had passed away a few months ago.

Even though the woman’s boyfriend was allegedly based in America, the account provided was to a personal bank account in Thailand.

Hence, this irregularity caused suspicions amongst the OCBC staff at the CCK branch.

Despite the staff’s persuasion, the woman was adamant about transferring money to her ‘boyfriend’.

She went to the branch a total of 3 times, in which the staff spent more than an hour each time to dissuade the customer.

The first 2 times, on 14 and 15 Jun, the staff refused to transfer the funds. They even advised her to tell her boyfriend not to pressure her to give him money.

The alleged daughter of her boyfriend even called the woman via WhatsApp to persuade her to help, resulting in the woman feeling confused and sympathetic.

Eventually, the OCBC staff reached out to the Singapore Police Force and officers from CCK NPC to dissuade the customer. However, it was to no avail.

Joint video call with OCBC staff, woman and the scammer

The customer came back again on 17 Jun to insist on transferring the money. As a last resort, they decided to have a joint video call with the customer and her boyfriend.

Since the boyfriend only indicated that he was available during lunchtime in Italy, they agreed on a video call at 7pm Singapore time.

This raised even more suspicions among staff as the boyfriend previously mentioned that he was in America.

Both the OCBC staff and the woman waited till 8pm, which was after the opening hours of the branch.

However, the woman’s boyfriend suddenly became unavailable and gave numerous excuses on why he could only call her later that night.

This was already predicted by the staff as they saw through the scammer from the beginning.

Customer thanks staff for dissuading her

The next day, the woman finally realised that she was almost the victim of a love scam, and went back to the branch to thank the staff.

If not for their dedication and trying to dissuade her from transferring her money, she’d have lost her money.

OCBC posted an image of what appears to be the staff involved in the incident. 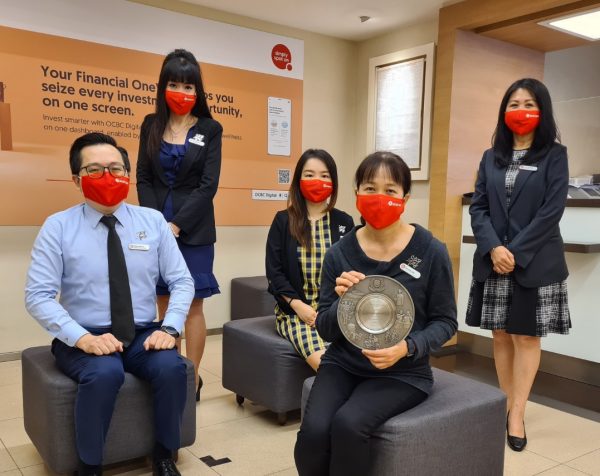 Always be alert for online scams

Thanks to the OCBC staff at the CCK branch, the lady did not transfer anything to the scammer. Had they not been so persistent and patient with her, she would have lost a big sum of money.

We can see that online scams nowadays are very elaborate like this one.

Hopefully this will teach a lesson to both the lady and others to be extremely sceptical of anyone asking for money online.

Should you stumble upon any suspicious accounts, do remember to block and report the account.

It is crucial to always remain vigilant while on the Internet, especially when money is involved.

Featured image adapted from Google Maps and Pickawood on Unsplash.